Manish Malhotra hosts a party for his besties Kareena, Karisma, Malaika and Amrita; check out the pictures here

Actresses Kareena Kapoor Khan, her sister Karisma Kapoor, Malaika Arora, and Amrita Arora were back at their friend celebrity designer Manish Malhotra’s residence for a party on Tuesday.

Manish took to Instagram to share photos from the get-together on Tuesday and wrote in the caption, “#athome #lunch with the fabulous girls (sic).”

Take a look at the photos here: 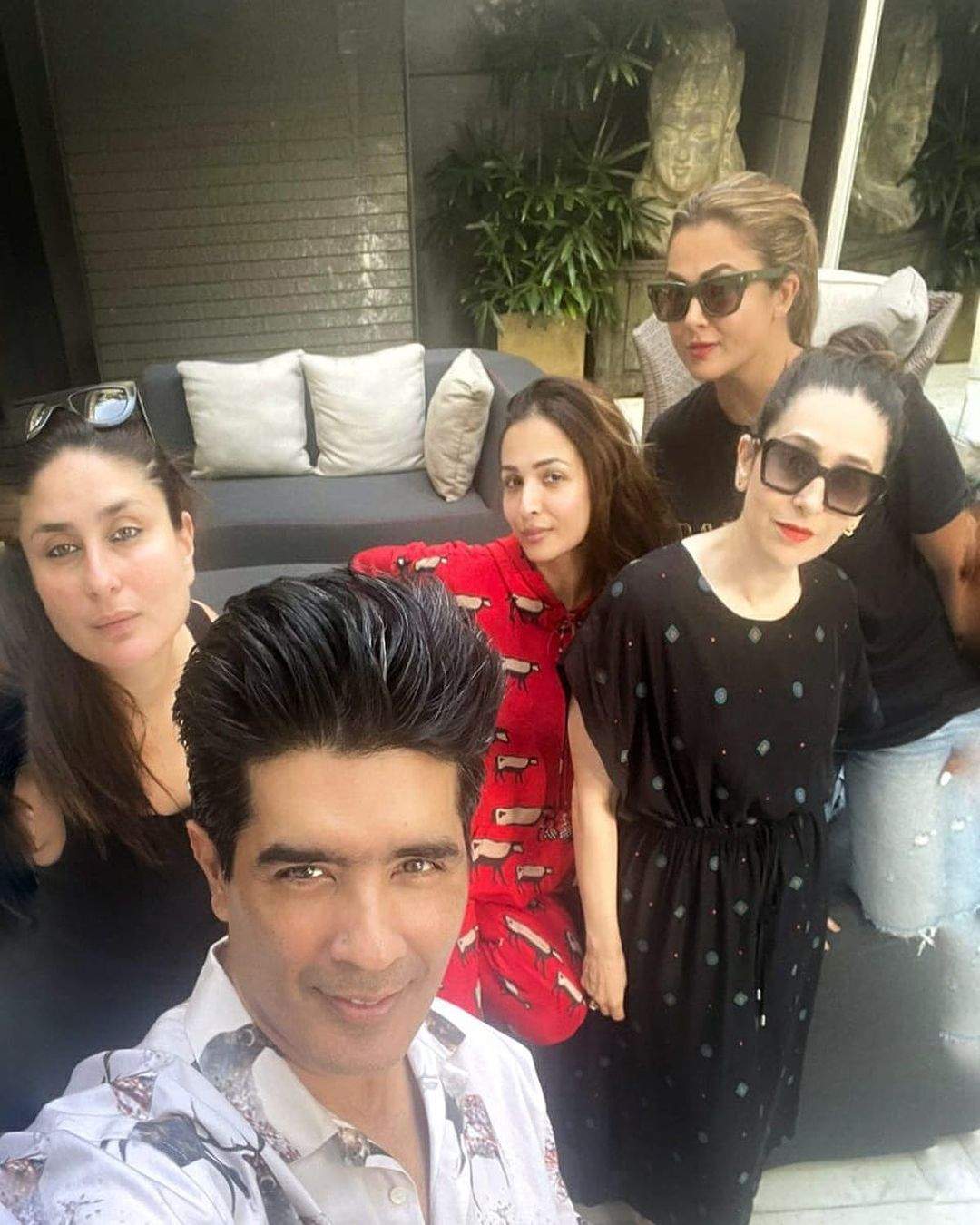 Kareena Kapoor too shared the photo on Instagram Stories and wrote, “My Manish and us. Finally (sic),” with lots of heart emojis. 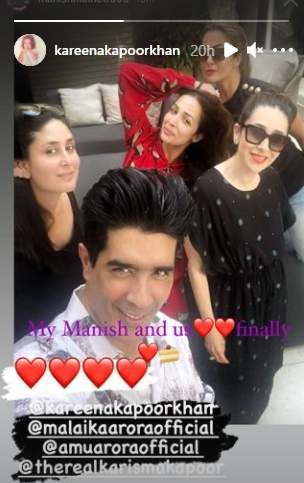 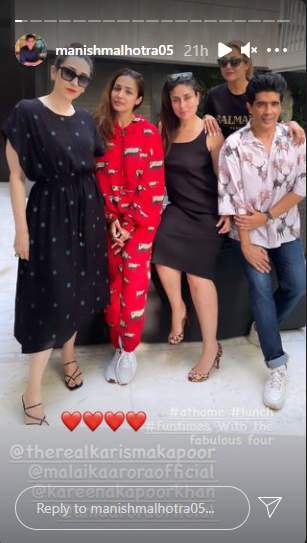 Kareena and Karisma were seen wearing black mid-length dresses, while Malaika wore a bright red tracksuit. Amrita had donned a simple black T-shirt and blue jeans. Manish too opted for blue jeans and paired it with a printed white shirt.

Karisma shared a picture on Instagram Stories of Manish, who was sitting on a sofa to pose for the photos, with all the desserts he had served to his guests. Karisma called him an “eternal poser” while Malaika said he was the “sweetest host.” 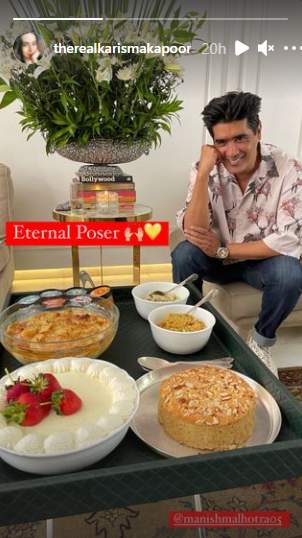 Manish Malhotra also appears to have invited Ranbir Kapoor’s mother, actress Neetu Kapoor, her daughter Riddhima Kapoor, and granddaughter Samara Kapoor later for dinner. Manish, Neetu, and Riddhima were all seen wearing black outfits in the photo shared by the designer, while Samara had worn a simple tie-dye white-and-blue t-shirt and black pants.

Check out the photos here: 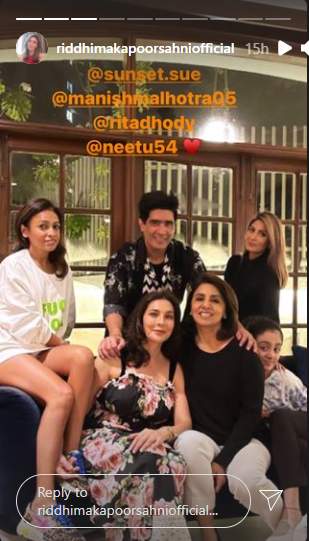 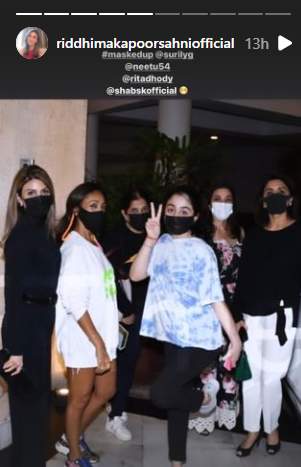 Kareena Kapoor Khan and Manish Malhotra have been friends for a long time, with the latter often designing outfits for her in numerous Bollywood movies and for public appearances. On the work front, Kareena will be seen next in Laal Singh Chaddha alongside actor Aamir Khan. The film is a remake of the Hollywood movie Forrest Gump.