Dulquer Salmaan stopped for driving on wrong side of road, traffic constable makes him go back in reverse

Actor Dulquer Salmaan was recently stopped by a traffic constable and made to drive in reverse for a distance after he came on the wrong side of the road near a traffic signal.

In the video shot by fans that has now gone viral, Dulquer is seen in his blue Porsche Panamera Turbo stopping at a traffic signal in Thiruvananthapuram via Alappuzha bypass road, but on the wrong side of the lane. A traffic constable is then seen approaching the actor’s car and asking him to go back to the right side of the road.

Check out the video here: 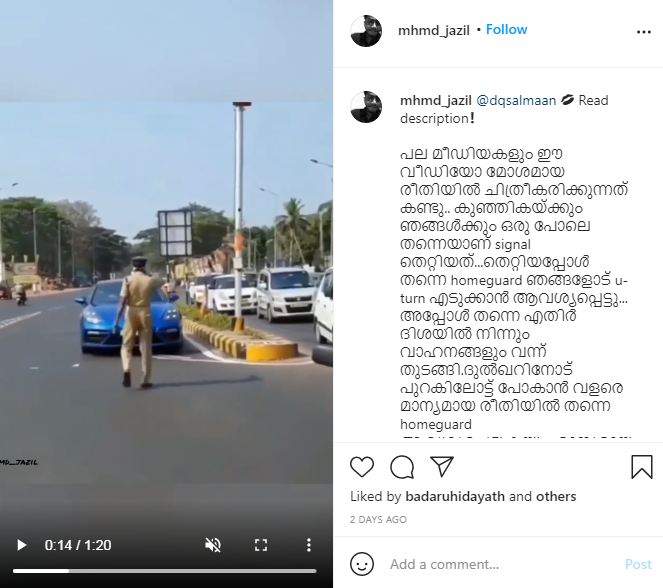 Following the constable’s instructions, Dulquer had to drive back in reverse on the same lane and join the right side of the road again.

Dulquer Salmaan is a car enthusiast, much like his father Mammootty.

Furthermore, this is not the first time the actor has found himself in trouble with the law. Media reports said Dulquer and Prithviraj Sukumaran's cars were spotted racing each other in Kerala in July 2020. This video too was uploaded on social media and had gone viral back then.

Later, a probe into the incident was also initiated by the Motor Vehicles Department of Kerala. However, no action was taken against the duo since the department did not find any evidence to prove that the cars were going beyond the legal speed.