Actor Neetu Kapoor, Ranbir Kapoor’s mother, took to Instagram to share the news that her son has tested positive for COVID-19. She added that he is on medication and in quarantine at home.

Sharing a photo of Ranbir, Neetu wrote, “Thank you for your concern and your good wishes. Ranbir has tested positive for Covid-19. He is on medication and recovering well. He is in self-quarantine at home and following all precautions.” 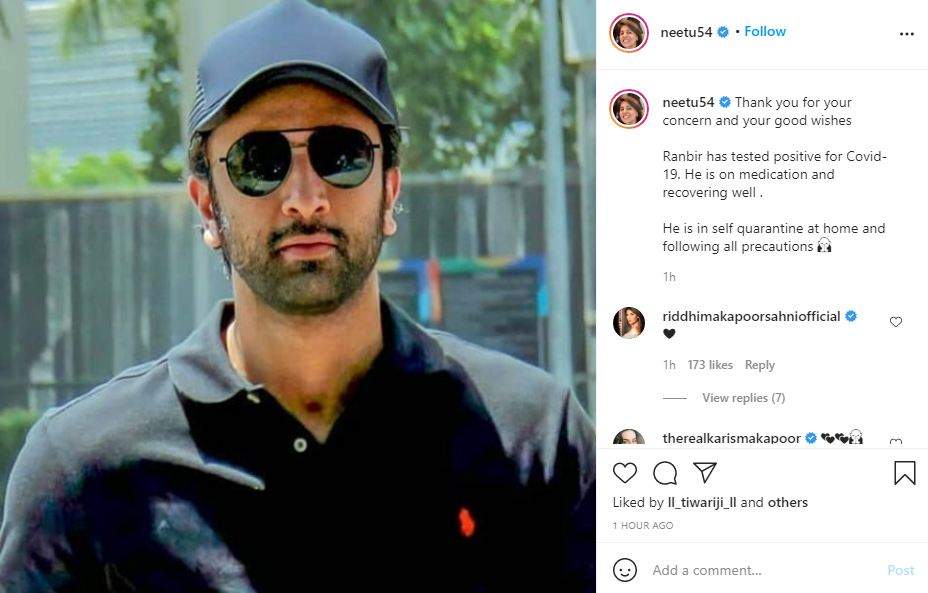 Ranbir’s sister Riddhima Kapoor Sahni also took to Instagram Stories to post a picture of herself with her brother.

Neetu Kapoor had contracted the virus in December last year while shooting for the upcoming film Jug Jugg Jeeyo in Chandigarh.

However, speculations have risen that the shoot will be stalled temporarily with the lead actor contracting COVID-19.

Ranbir’s next release is Shamshera on June 25. The Karan Malhotra film is an action drama co-starring Sanjay Dutt and Vaani Kapoor, and is produced by Yash Raj Films.