Bunty Aur Babli, the 2005 comedy that told the stories of two small-town misfits who turn to a life of fraud, essayed by Abhishek Bachchan and Rani Mukherji, gets a second part!

Yash Raj Films made the news official with a Twitter announcement earlier on Tuesday. And the big reveal is that actors Siddhant Chaturvedi, who became nation's heartthrob as MC Sher in Gully Boy, and debutant Sharvari are set to take the baton from Abhishek and Rani in Bunty Aur Babli 2. 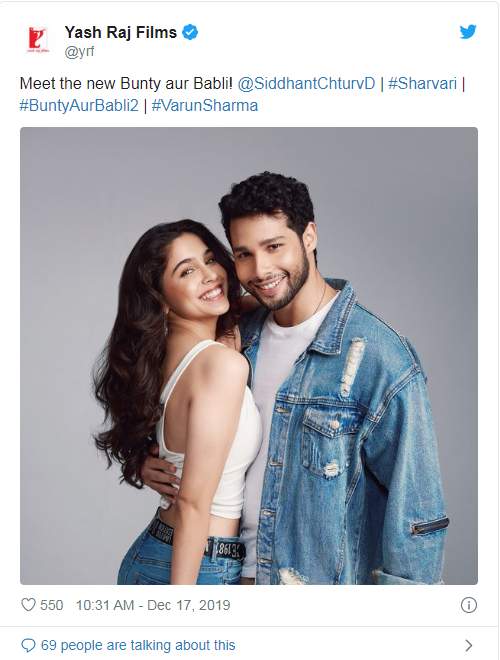 While the OG Bunty Aur Babli was directed by Shaad Ali and written and produced by Aditya Chopra, Bunty Aur Babli 2 will be written and directed by Varun Sharma. "Bunty Aur Babli 2 is completely set in today’s time. Siddhant caught everyone’s eye with his brilliant acting debut in Gully Boy and became the heartthrob of the nation. Sharvari is an extremely special actress to watch out for. She is a powerful performer and you have to watch her on-screen to understand what we mean. Given the film and the roles, they are definitely the perfect casting," he reportedly told the media.

Now, who all feel like catching Bunty Aur Babli today?