‘I need to step out of Bombay and go into smaller towns’: Anurag Kashyap

Anurag Kashyap's latest film, Choked, is now out on Netflix. It’s a film that speaks of many types of deprivation: of cash, love and aspirations. As you can imagine, it’s also politically charged — with demonetisation featuring at its very centre. Here’s Anurag himself discussing the many facets of this film, including the couple at its heart — a woman haunted by her trauma, and a man who has trouble living up to his role as defined by society.

Choked is a film quite contained in terms of location, and the life of the couple at its centre. At one point, the wife, Saritha, expresses annoyance over something as trivial and yet, relatably irksome as an empty water bottle. Tell us what it’s like to balance these mundane details whilst in the pursuit of a larger goal.
It helps that Choked is an intimate film. Unlike my other films, it doesn’t travel too much. In a film like this, the smaller details become more significant — they become bigger. The minor details matter here because this is a film about a relationship between four walls. It’s about domesticity, it’s about marriage. In a Black Friday, the details may not be as many, and they would be of a different kind. When the life shown in a film is mundane, then mundanity becomes important to the film.

I quite enjoyed the complexity of Saritha (Saiyami Kher) in this film. You mentioned in a recent interview that Martin Scorcese’s Casino changed the way you thought about how women characters must be written—and how it’s important to write them as layered, complex people, instead of the idealised versions, we often get in cinema.
Some of my favourite fictional women include Sharon Stone’s character in Casino (1995), Bette Davis in Of Human Bondage (1935), Rita Hayworth in Gilda (1946)… These are some of my favourite characters of all time. In our cinema, we have this piety and purity that’s thrust on women characters. I find it to be off-putting — and vulgar. This girl next door they talk of, I find her to be boring. I like flawed people and think they are more human. I would much rather be around them.

In fact, if someone talks of this super-nice person, I don’t exactly see that as being an attractive trait. As humans, we need to accept our flaws and live with them. Look at Sharon Stone in Casino. She is so flawed. She is vulnerable, and she has someone who gives her everything, and yet, she betrays him. Look also at how fearless she is, how she survives. She’s fascinating. These are aspects that attract me to a woman. In Choked, Saritha discusses her trauma only towards the end. That’s when she drops this façade of strength and becomes human. It’s her entire journey through the film.

I understand that the script of Choked was written well before demonetisation, a topic that plays an important part in this film. Tell me about weaving that angle into this story.
When I first read the script in 2015, this was a story that had many engrossing elements: Money coming out of the drain, a rocky marriage, a politician living upstairs… It felt like magical realism. And yet, somehow, it didn’t seem like it was all coming together. I felt the script could go beyond these ideas. And then, demonetisation happened. It took me about three-four months to have a perspective on it, and suggested to Nihit (Nihit Bhave, the writer) that we build this story about demonetisation. There was then the temptation of bringing my politics into this film.

However, I didn’t succumb. The politics of the characters in Choked aren’t dictated by their ideologies; they are dictated by their lives and struggles. I believe that an answer through cinema to propaganda becomes reverse propaganda. We must stick to discussing facts. I think this is why Black Friday felt honest. I was naïve then, and it’s important for a storyteller to retain that naivete. Now, I’m politically aware, and have the privilege of access to information and misinformation. I have people giving me a perspective on various topics, and so, it’s more challenging to retain that honesty in writing. 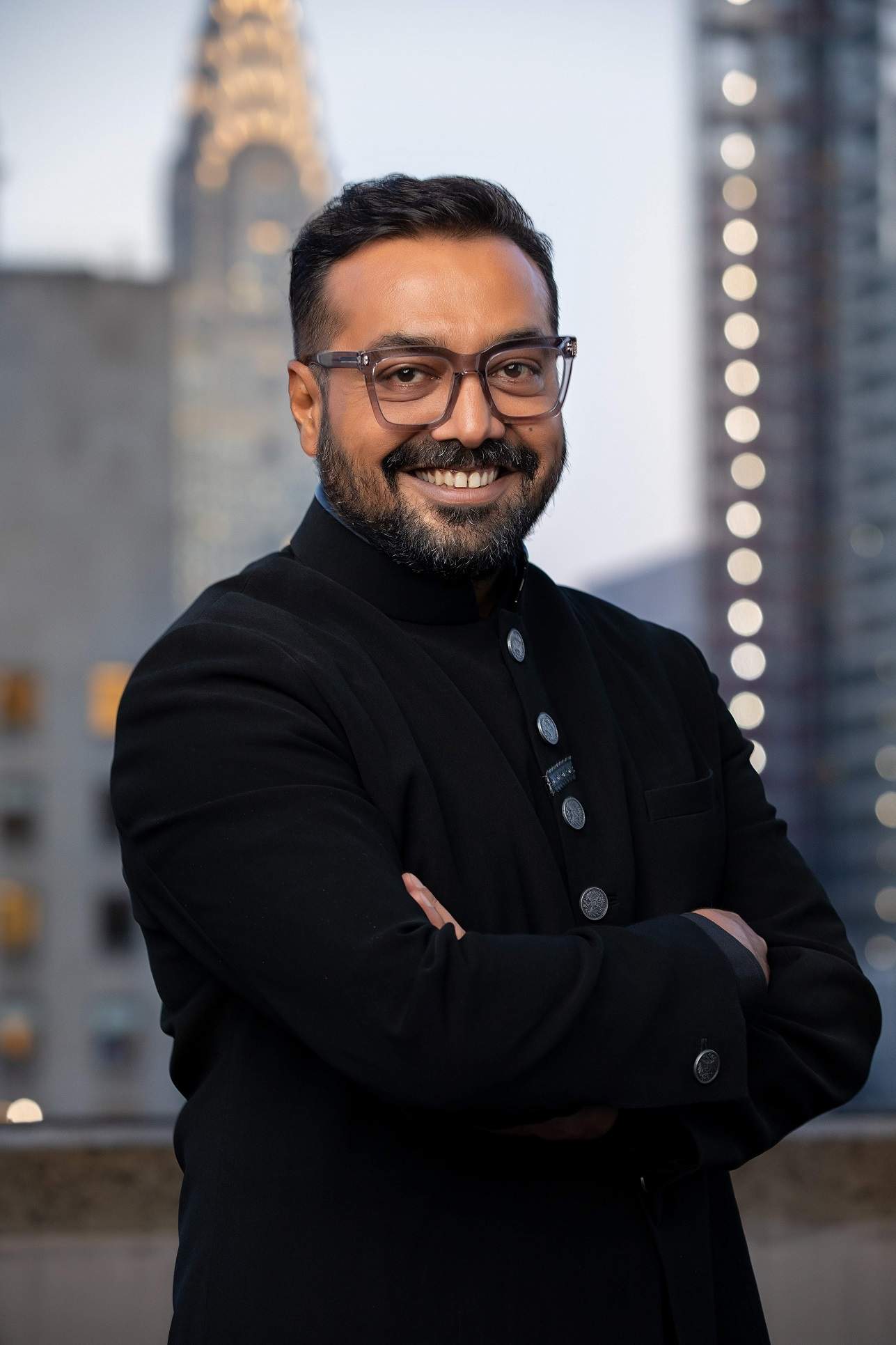 Demonetisation was an attempt to stifle dirty money, it is said, and in this film, ‘dirty money’ is portrayed literally, as wads of cash come slipping through a drain pipe. Saritha is shown reacting to drainage slush not with disgust but with wonder.
(Laughs) It was designer drain water, of course. We made the water black because it’s cinematic, and the blackness makes it a reflective surface, which makes the frame look better. I enjoy shooting real things. I think shooting so helps provide a real perspective. So, no, I’m not afraid at all of shooting into the drain. I know it will look interesting.

You are well-known to be a supporter of Tamil cinema. In this film, Sushant (Roshan Mathew) lets out a flurry of Tamil any time he loses temper. There’s even a Tamil song when showing the aftermath of demonetisation. Can this all be thought of as homage for the Tamil language?
What I love about working on a Netflix film is how we don’t need to have the characters speaking just one language. From the script of Choked, it was clear that the lead characters were both migrants. I didn’t want them to be from North India because I’m from there, and frankly, I’ve explored this in other films of mine.

In the entertainment business, Bombay has more people coming in from Bangalore than Chennai — I think the Tamil industry is healthy. We figured that Sushant and Saritha could have met in Bangalore and moved to Bombay to pursue a shared dream. I wanted to cast Raghu Dixit first, but that didn’t work out. I approached Roshan then, impressed with his work in Moothon. The film industry is also such that actors aren’t willing to play second fiddle to a woman, as Sushant is to Saritha in Choked. Roshan, however, was willing and came with a lot of strengths.

There’s almost an existential struggle in Choked, as Sushant and Saritha try desperately to keep their home afloat. Who are your inspirations for such depiction of everyday drudgery?
I think the Sushant and Saritha family is still more secure than the middle-class I think you are referring to. I think the working class, the migrant class, has disappeared from our cinema. I’m an admirer of films like Look Back in Anger (1959), Saturday Night and Sunday Morning (1960), On the Waterfront (1954)… We don’t make such cinema. I grew up as an engineer’s son, but why have I not made a film set in the world I come from? Our films have become about heroes and villains, about gangsters
and cops.

Your question reminds me of my promise to myself that I will explore the middle-class more. In Mukkabaaz, I explored this a little at the beginning of the second half—in that top angle shot that shows how all houses look the same. But I haven’t gone deeper as I should. When I watch, say, a Ken Loach film, I get reminded of this. I have so many memories, so many stories to tell of them. Even in a crime film like Mystic River — look at how they delve into middle-class America, their struggle to survive. I need to step out of Bombay. I need to go into smaller towns and make such films.