'The action is real and gritty:' Randeep Hooda, Rudraksh Jaiswal & Priyanshu Painyuli get chatting about Extraction

How the times have changed. Film releases happen on television now, and interviews are over virtual calls. It’s over one such call that we meet the Indian cast of Sam Hargrave’s Extraction: Randeep Hooda, Rudraksh Jaiswal and Priyanshu Painyuli, as they talk about the demands of working on an action extravaganza, and the excitement of being part of a Netflix release. Excerpts:

Given that Extraction is written by Joe Russo, and produced by the Russo brothers (famous for directing Avengers: Infinity War and Avengers: Endgame), did any elements of this film come as a surprise to you?
Randeep Hooda: Shooting such a big action film was a new experience. As you must have seen in the film, my role involved plenty of physicality. These are people who have worked on Marvel films that we have marvelled at. It was a thrilling experience to get to work with them. I learned so much. I saw, in person, how these films that we have always been in awe of, are made.

Rudraksh, it must have been quite something to have extended scenes with the man who played Thor, Chris Hemsworth. Were you starstruck?
Rudraksh Jaiswal: Absolutely! During the rigorous auditions, I didn’t know that I was to be working with him. When I met Chris for the first time, I couldn’t believe my eyes. He was as fit as you see him in films, as handsome. And of course, all those muscles! He’s also a great actor, and guided me through the action sequences and the dialogue delivery. 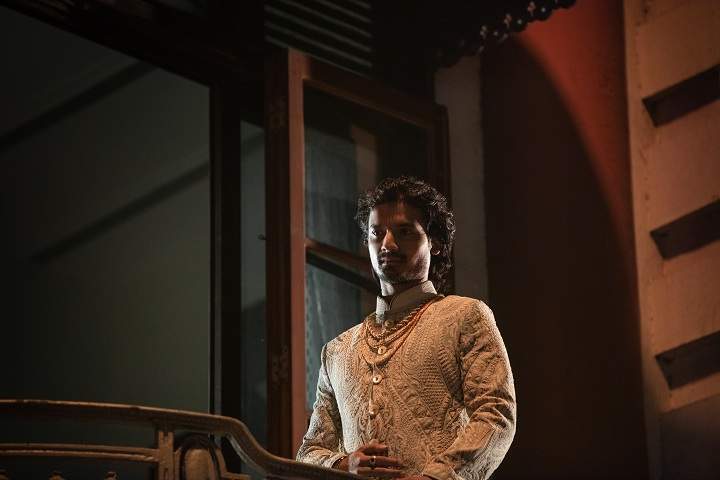 Priyanshu, you play the antagonist in this film, but he’s an unusual character. He’s not physically involved in the action sequences, he doesn’t talk too much either.
Priyanshu Painyuli: In fact, I think that’s what makes him more powerful. He has an army do his bidding. He’s the commander at the top, communicating cold orders.  He doesn’t talk too much either, the dangerous boss that he is. The film helps us understand such a person better. What is it like to control a city like Dhaka? How does he form a political nexus? The only regret I have is not getting a slice of some of the fantastic action in this film. I would have loved to point a gun at Chris Hemsworth (laughs). The action in this film is quite different from that of the Marvel films. It’s real here. It’s sweaty and gritty. There’s an emotional quality as well. That’s an aspect I want to talk about. Randeep, your character could have so easily come across as a bad guy, given that you are reneging on a deal and engaging in rampant killing. However, the film avoids this by empathising with your character, like it does with many others.
Randeep: This is an interesting point. Director Sam Hargrave and I spoke a lot about Western films in shaping my character, who goes through quite a journey. I think this is what differentiates Extraction from a regular action film that goes bang-bang. The action sequences, as you can imagine, were daunting. I even wondered what I had got myself into. I had to turn up three hours earlier than these guys (Priyanshu and Rudraksh) for the prosthetic make-up. However, to see the director being as fit,
and hanging by the ropes and showing us how things are done, was quite something. I think I also got to know Chris Hemsworth quite well. As Sam would say, you only truly get to know someone really well after you are in a fight with them (laughs). I think watching this film will feel like a good work out during these lockdown times, don’t you think guys?
Priyanshu: (Laughs.) We were all excited about the Netflix release, about the fact that millions got to see the film on the first day of its release. My film, Bhavesh Joshi Superhero, didn’t do well in theatres, but upon its release on Netflix, it found a global reach we didn’t think was possible. When I travelled to Taiwan on work, the son of a doctor local there recognised me, and sketched a Bhavesh Joshi mask
to express his appreciation. These are sad times, but I think an energetic film like Extraction can fuel a bit of the fighting spirit all of us need.
Randeep: Action is the mainstay in a film like Extraction. It’s what gets you the first time when you see it. On a platform like Netflix, you have the choice of watching it again when you are in the mood. You can see that this is a film supported by emotions, and the desires and fears of every character. Yes, I would have loved for such a film to be seen on the big screen. This is a film made on a lavish scale,
but even on the small screen, the film has a certain pulse to it. Rudraksh, you made your debut in Indian television, and now, you are a part of a film that features names who have been in blockbusters that have worked across countries. Does life seem too good to be true?
Rudraksh: (Laughs.) No, no! Life has been a struggle, still is. My mother and I have put our heart and soul into making all this happen. I’m surrounded by legendary artistes who inspire me to do more. But no, it is definitely not too good to be true. It feels like it is all a result of our motivation and efforts.

Randeep, yours is a role with grey shades. You are also playing the villain in Salman Khan’s next film, Radhe. It appears that when directors come up with negative roles, they think of you.
Randeep: The truth though is that I’m playing a villain for the first time in Radhe. I’m not sure why they think I’m villainous (laughs). I like complexity though, the grey shades of a person. Even Hindi cinema, which once used to be about the all-white person taking on the all-black person, has now changed. I find that the most attractive characters are those with flaws. Perhaps I have them too. We are all flawed, man!