Internationally acclaimed and one of the top artises in the globe, Rihanna recently posted a tweet on the on-going farmer protests in India. The pop icon started to receive quite a flake from Kangana Ranaut and her fans. The Queen star released a series of tweets and said that Rihanna was getting paid to tweet on the protest and spread violence in the country. But other celebrities like Richha Chadda and Swara Bhasker took to their Twitter handles to hail the Umbrella star.

Indian farmers have started this protest a few months back to express their displeasure against the farm bills. The protest has recently reached an agitating point and has come to the world’s notice. In the light of these events, Rihanna tweeted an article about the protest with a caption “why aren’t we talking about this?” and shocked everyone. Several Indian celebrities like Swara Bhasker, Richa Chadda, Farah Khan and Sruthi Seth have thanked the singer for her solidarity.

Take a look at the tweets here: 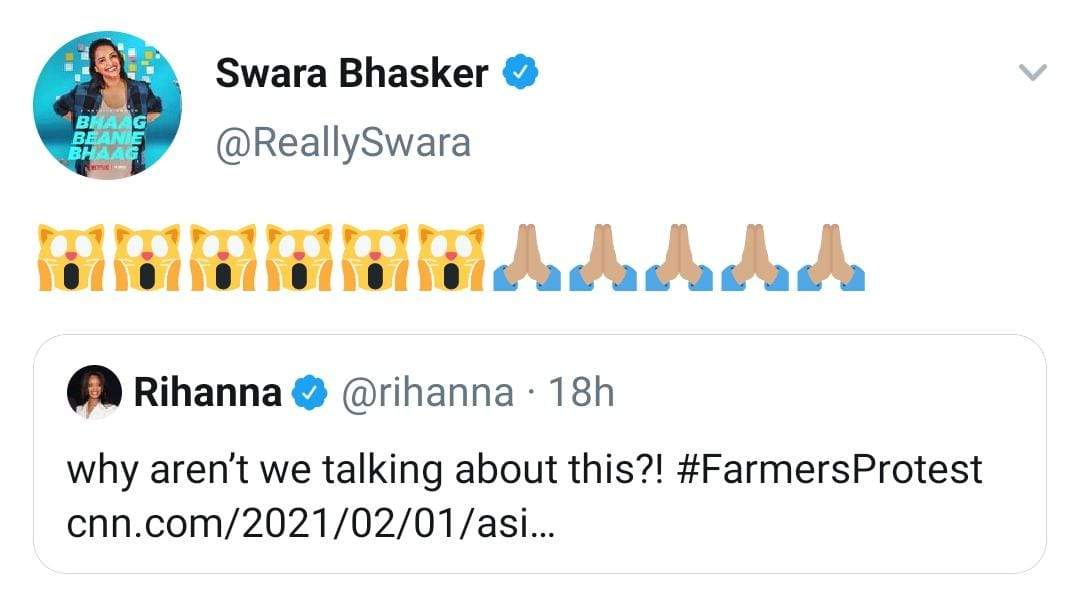 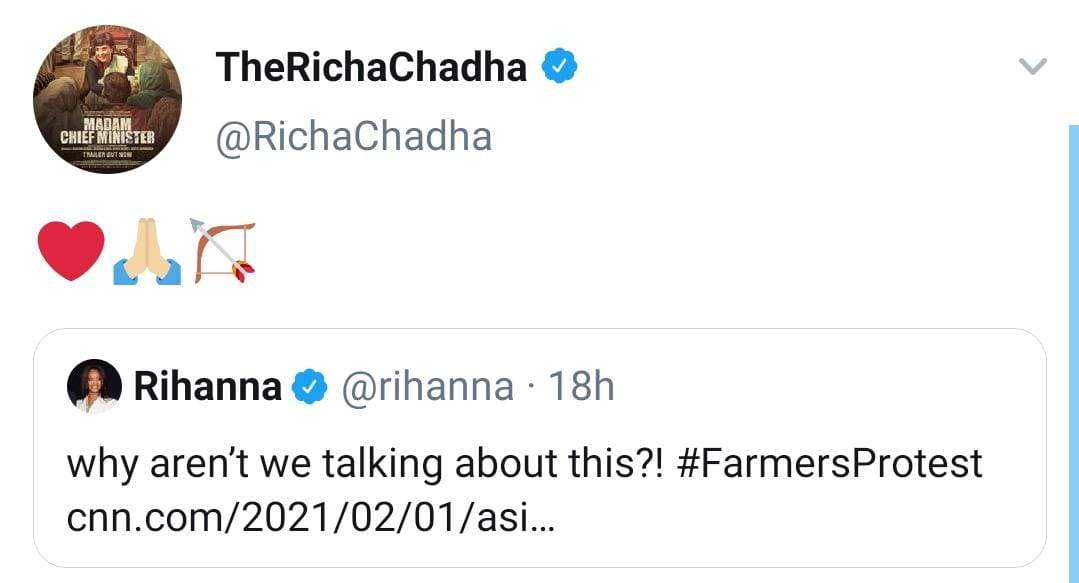 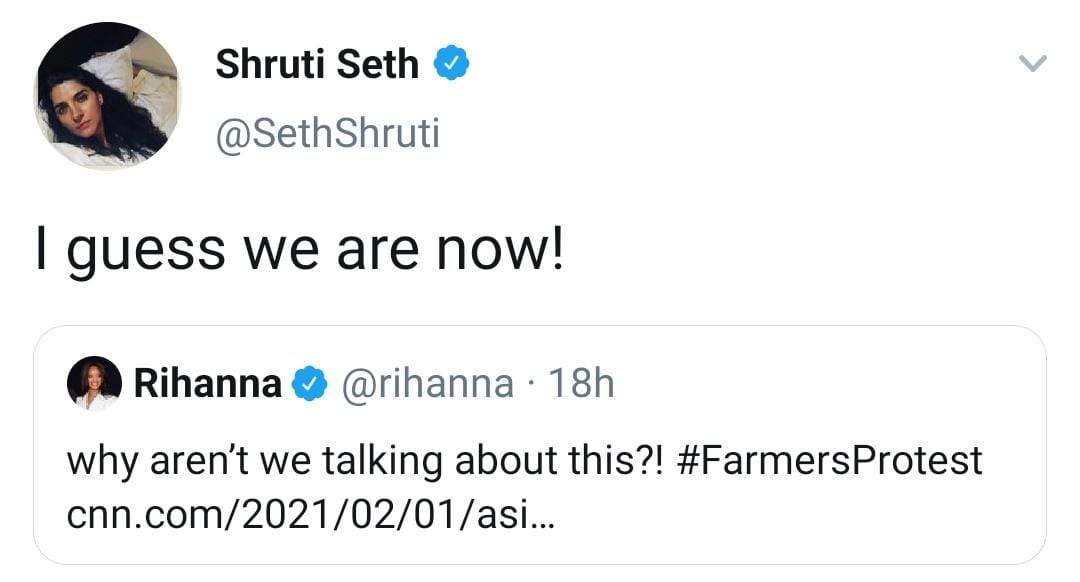