Manoj Bajpayee’s Silence... Can You Hear It? to premiere on ZEE5 Premium on March 26

The murder mystery Silence… Can You Hear It? starring Manoj Bajpayee will be released on OTT platform ZEE5 Premium on March 26, the actor tweeted on Saturday. 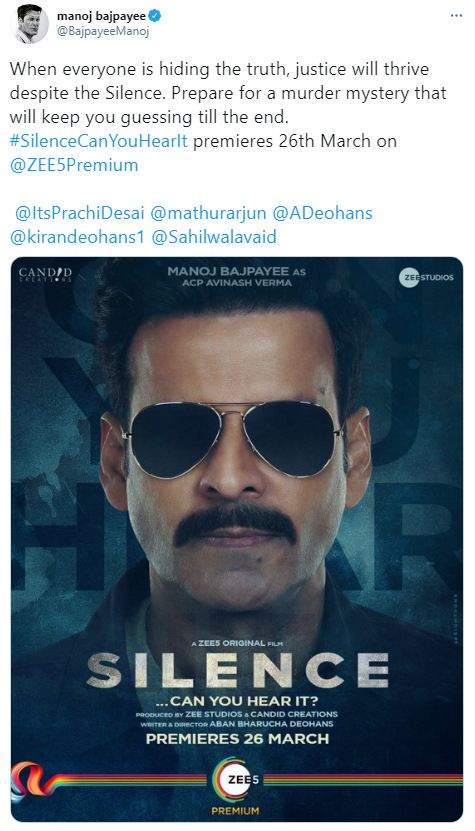 “When everyone is hiding the truth, justice will thrive despite the Silence. Prepare for a murder mystery that will keep you guessing till the end. #SilenceCanYouHearIt premieres 26th March on @ZEE5Premium,” he wrote.

Produced by ZEE Studios and directed by Aban Bharucha Deohan, the film talks about the story of a woman who disappears mysteriously. Her corpse is discovered by trekkers a day later.

Meanwhile, Manoj will also be seen in the second season of the web series The Family Man, directed by Raj Nidimoru and Krishna DK. The series is expected to be released in summer.

He is also working on his upcoming film Dispatch, a thriller directed by Kanu Behl, which is set against the backdrop of crime journalism.