The wait is finally over! Akshay Kumar, Ranveer Singh and Ajay Devgn-starrer Sooryavanshi to hit theatres on April 30

Rohit Shetty's much-awaited cop film Sooryavanshi starring actors Akshay Kumar and Ranveer Singh will release on April 30 in theatres.  Akshay and Ranveer took to social media to announce the release date of their action film Sooryavanshi, on the occasion of Rohit's birthday.

The two posted a teaser video talking about how the film's trailer released on this day, last year. The film was expected to release last year too but got delayed due to the pandemic. 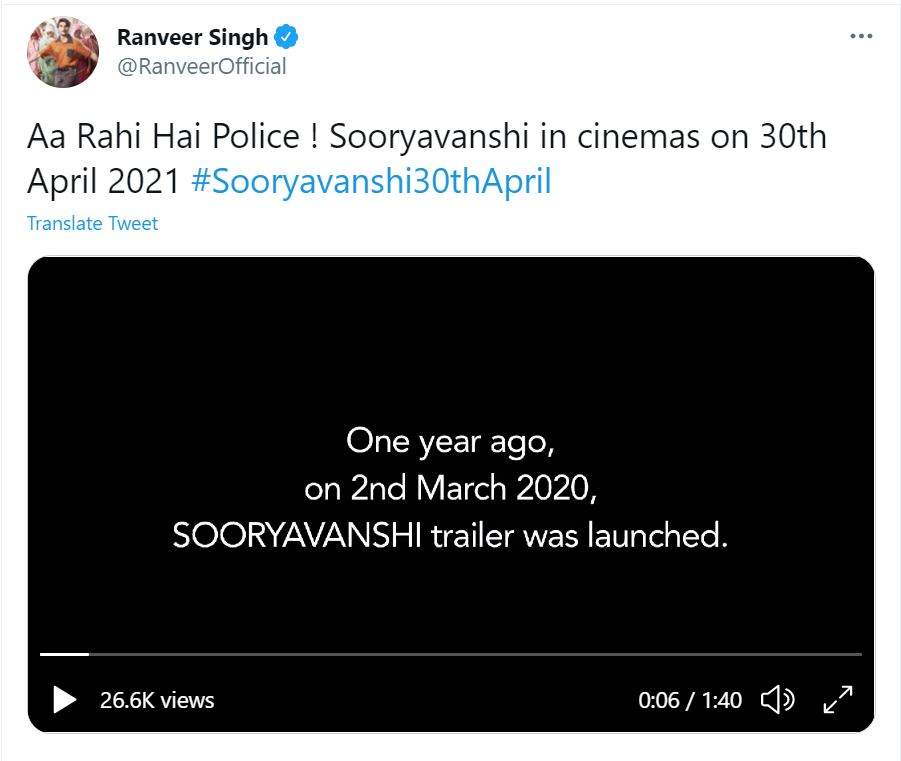 Akshay also shared a special birthday post for Shetty. Posting a picture of the two from the sets of Sooryavanshi, he wrote, "It was easiest to bond with Rohit because we shared one common passion which brought us together : Action! Happy birthday Rohit, wishing you an action-packed year ahead."