Cannes Film Festival 2021: From Bella Hadid’s memorable golden lungs to Amy Jackson’s burgundy gown, here are some of the boldest looks from the red carpet

The 74th Cannes Film Festival 2021, which took place at the resort town with the same name between July 6 and 17, witnessed a number of bold red carpet looks despite the limitations of the COVID-19 pandemic.

From actress Amy Jackson’s burgundy gown to American model Bella Hadid’s gold lungs neckpiece, we present to you some of the outfits that rocked the red carpet this year: 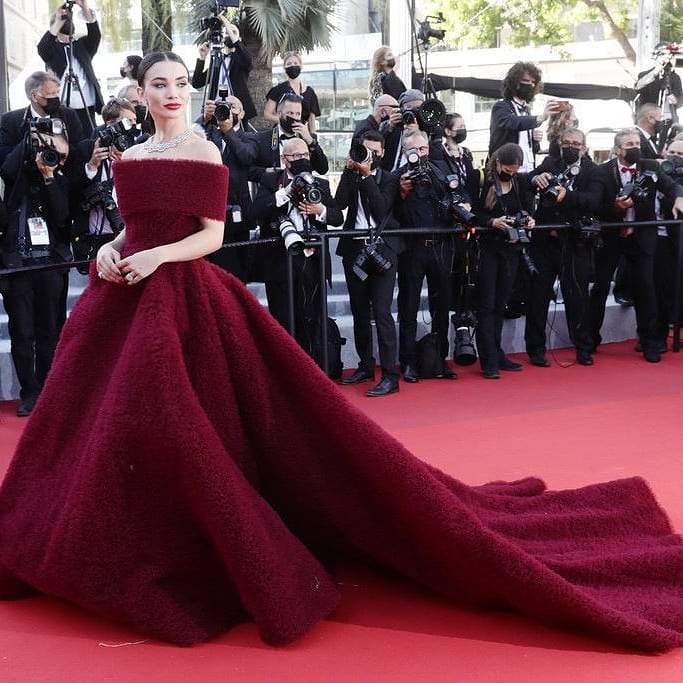 Actress Amy Jackson made a fashion statement with her gorgeous off-shoulder burgundy gown and a stunning necklace from Chopard. She opted for a low ponytail with a middle part for her hairdo. 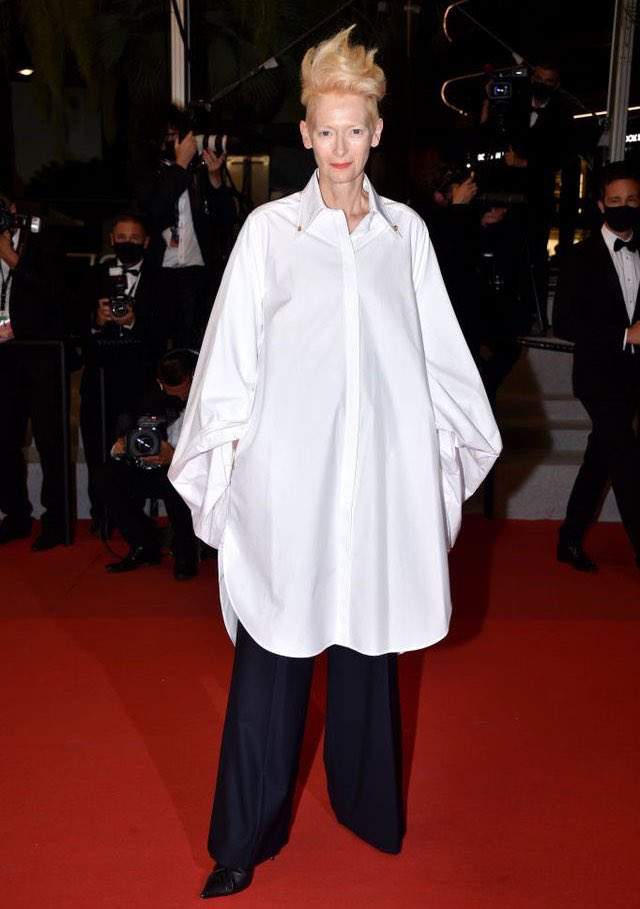 Actress Tilda Swinton chose a baggy, white, collared shirt that touched her knees and had loose, long sleeves for her red carpet moment. Her black pants too almost covered her pointed heels, and she wore her hair in swirled spikes on her head. 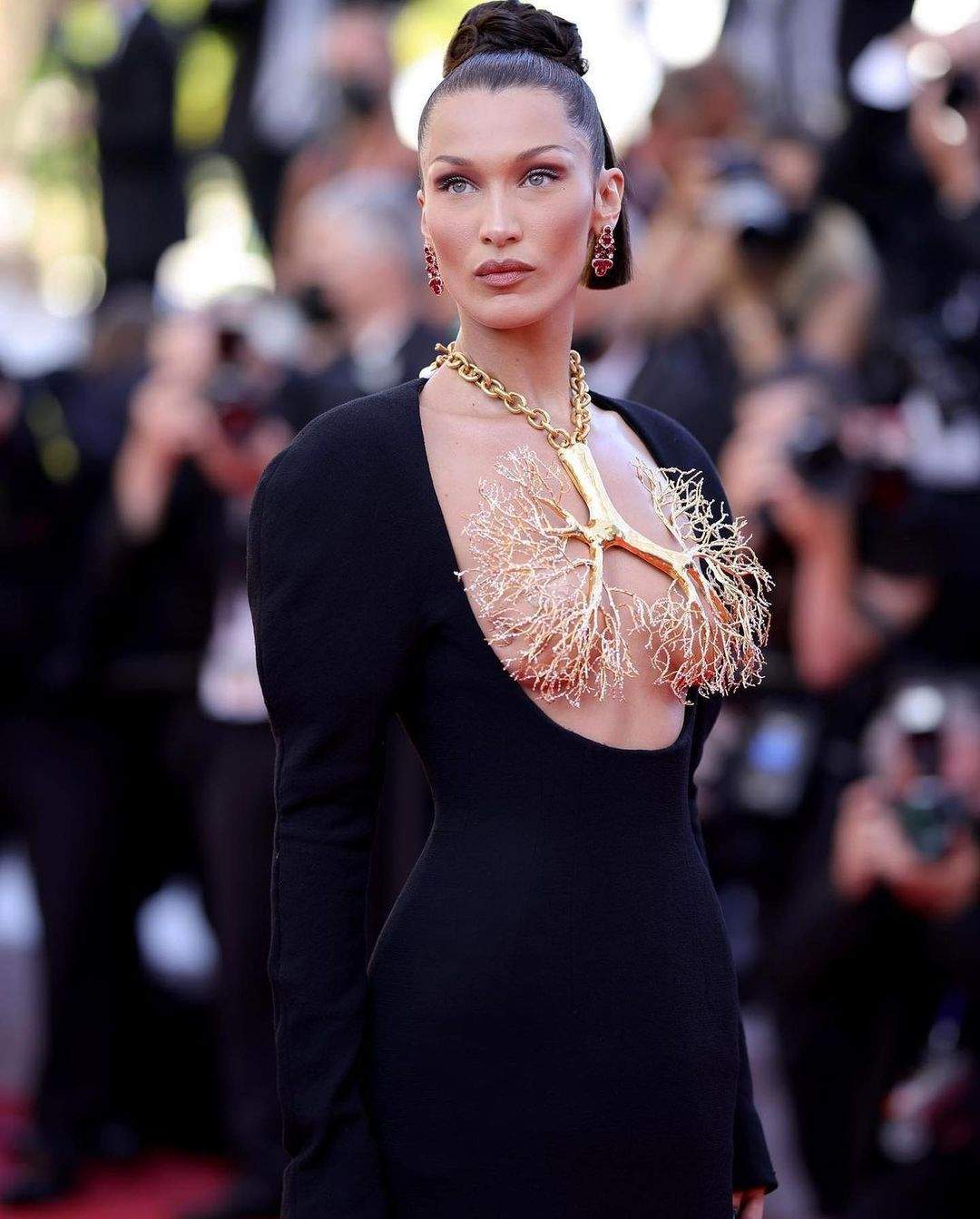 Meanwhile, American model Bella Hadid broke the Internet with her topless, solid-black Schiaparelli dress, which was paired with a gold trompe l’oeil lungs neckpiece and strategically covered her chest. She also opted for a sleek high bun. 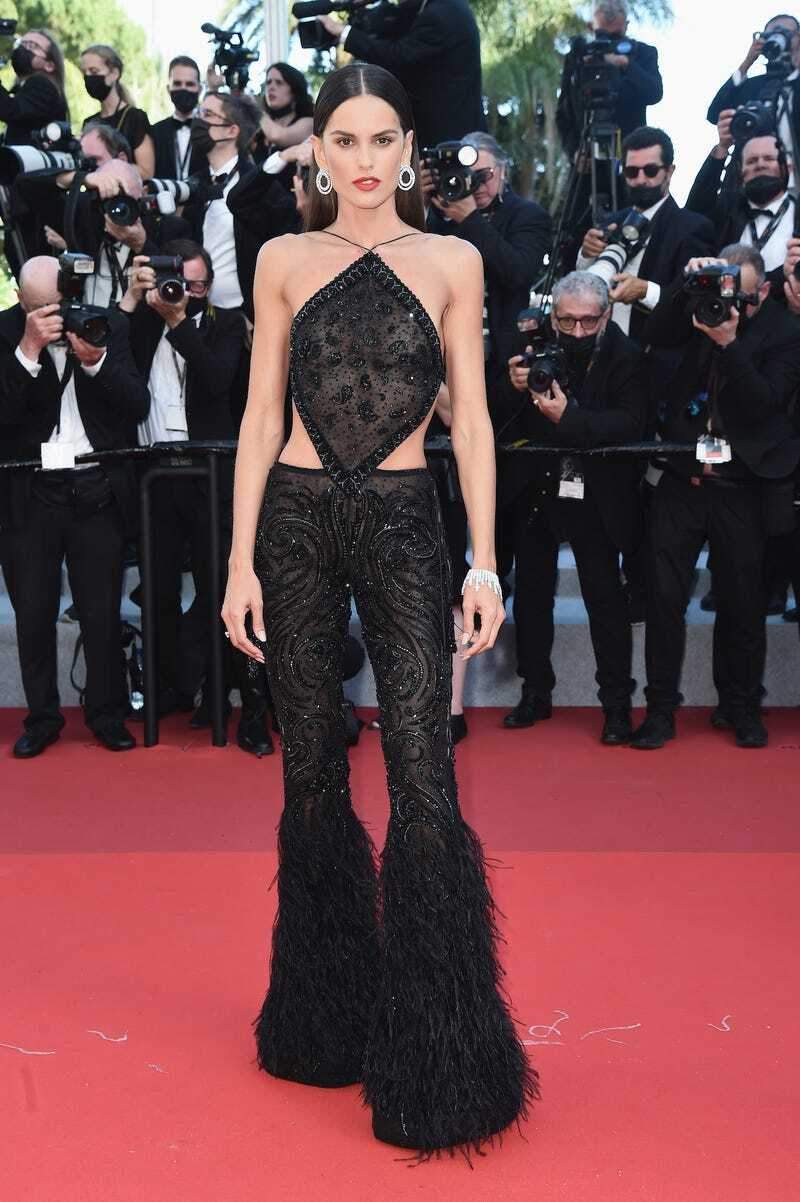 Brazilian model Izabel Goulart was seen wearing a stunning sheer, bandana-style halter top covered in black sequins and see-through pants with black feathers at the bottom. Izabel completed the Etro outfit with diamond earrings and a simple middle-part for her hairstyle.

Who doesn’t love a good ol’ blazer to make a bold impression on the red carpet? French actress Noemie Merlant took it one step further with her pale gold blazer without a shirt. She also chose not to put her through the sleeves, but instead through slits in the blazer’s bodice. It looks like Izabel Goulart isn’t the only model who preferred an outfit with feathers this year. British actress Jodie Turner-Smith wore a Gucci corset dress with a trail made of white and yellow feathers. Her strapless gown had a black-and-white bustier top covered in silver crystals. French model Tina Kunakey made an appearance in a unique ensemble: a lavender top by Valentino that wrapped around her shoulders and head. The top was tied at her waist with a red bow, while the skirt was a darker shade of purple. Model Beatrice Valli wore a sleeveless, sparkly dress with a V-shaped neckline and triangle cut-outs at her waist. The outfit, which was designed by Zuhair Murad, flared out into a mermaid-style skirt and was adorned with blue feathers.