Amidst the pandemic, celebrity chef Gordon Ramsay is all set to open a new pizza outlet in London

Culinary extraordinaire Gordon Ramsay has some exciting news for fans and pizza lovers in London. The chef took to Twitter to announce that he would be opening a new Street Pizza outlet at Battersea Power Station in London on April 12.

Gordon’s Street Pizza outlet will be offering a variety of “bottomless pizzas”, mocktails, cocktails, wines and other drinks.

Gordon wrote, “Exciting news guys .... we are opening a brand new Street Pizza at the stunning @BatterseaPwrStn in time for outdoor dining on 12 April !! See you all there Gx (sic)”

Check out the video here: 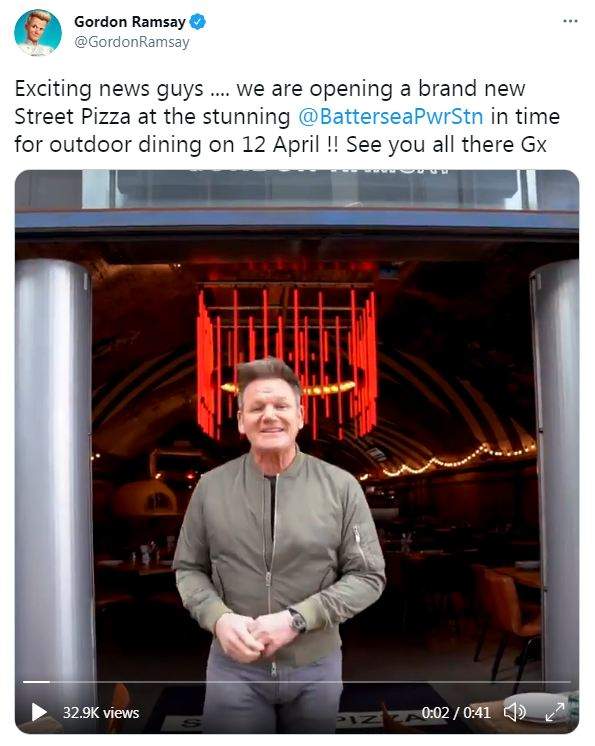 He also posted a video that showed visuals of what the restaurant looked like. He added that a live DJ will be present to liven the place up with music.

His restaurant will be joining at least 20 other bars, shops, restaurants and leisure areas that are located on the Thames riverside neighbourhood that is constantly buzzing with activity.

The chef was quoted as saying, “For many years, I would travel home to South London, after a late service, crossing the river in the shadows of those huge derelict chimneys. Never did I imagine one day I would open a restaurant on such a historic site and become part of such a thriving community.”

Gordon’s Street Pizza is also located at St. Paul’s, Camden, and Southwark in London. Adding to that, he also has multiple street kitchens, street cafes, and grill houses across London that serve an assortment of dishes and beverages.