LAST FRIDAY KOLKATA saw a big release and we went on a world tour. Wait, what? Before it gets too confusing, let us tell you that we are talking about the Bollywood-themed restaurant in Salt Lake that released their Global Menu last week. They have brought to our platter, cuisines from around the world, besides reminding us about some nostalgic Bollywood characters; sample this– A for Akbar of Amar Akbar Anthony, B for Baburao of Hera Pheri, C for Circuit of Munnabhai MBBS, etc). Also, don’t miss the retro cinematic snapshots that formed the interiors of the diner with posters, vinyl records and hit dialogues. 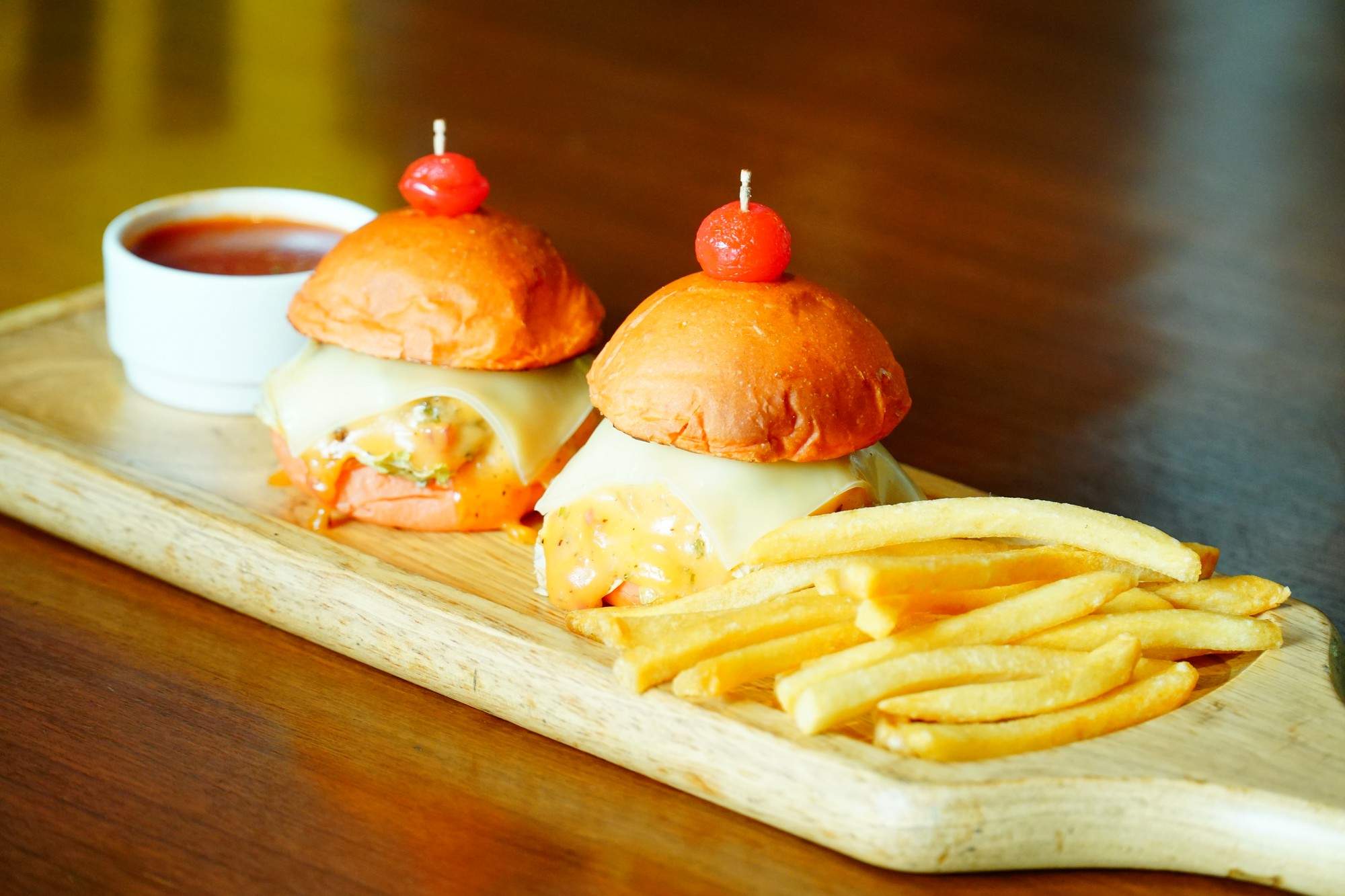 Out of the four cuisines on the menu, we started off with Penne Pasta with Vodka sauce. The creamy pasta, which is available in both veg and non-veg selections, satiated our craving for the Italian delight. Pizza has been deliberately left out of the menu, we were pointed out. The reason? “We wanted to keep the menu short and light on the stomach, so you will find around ten items in the Global cuisine menu. Pizza would be too heavy so we consciously avoided it,” said Supratik Ghosh, Managing Head, Friday Release. Swiftly, we moved on to the other offerings and the popular sliders of the US arrived in two variants accompanied by crispy French fries. We took big bites of the one with the spinach bread and loved the crispy patty. The other variant is beetroot. 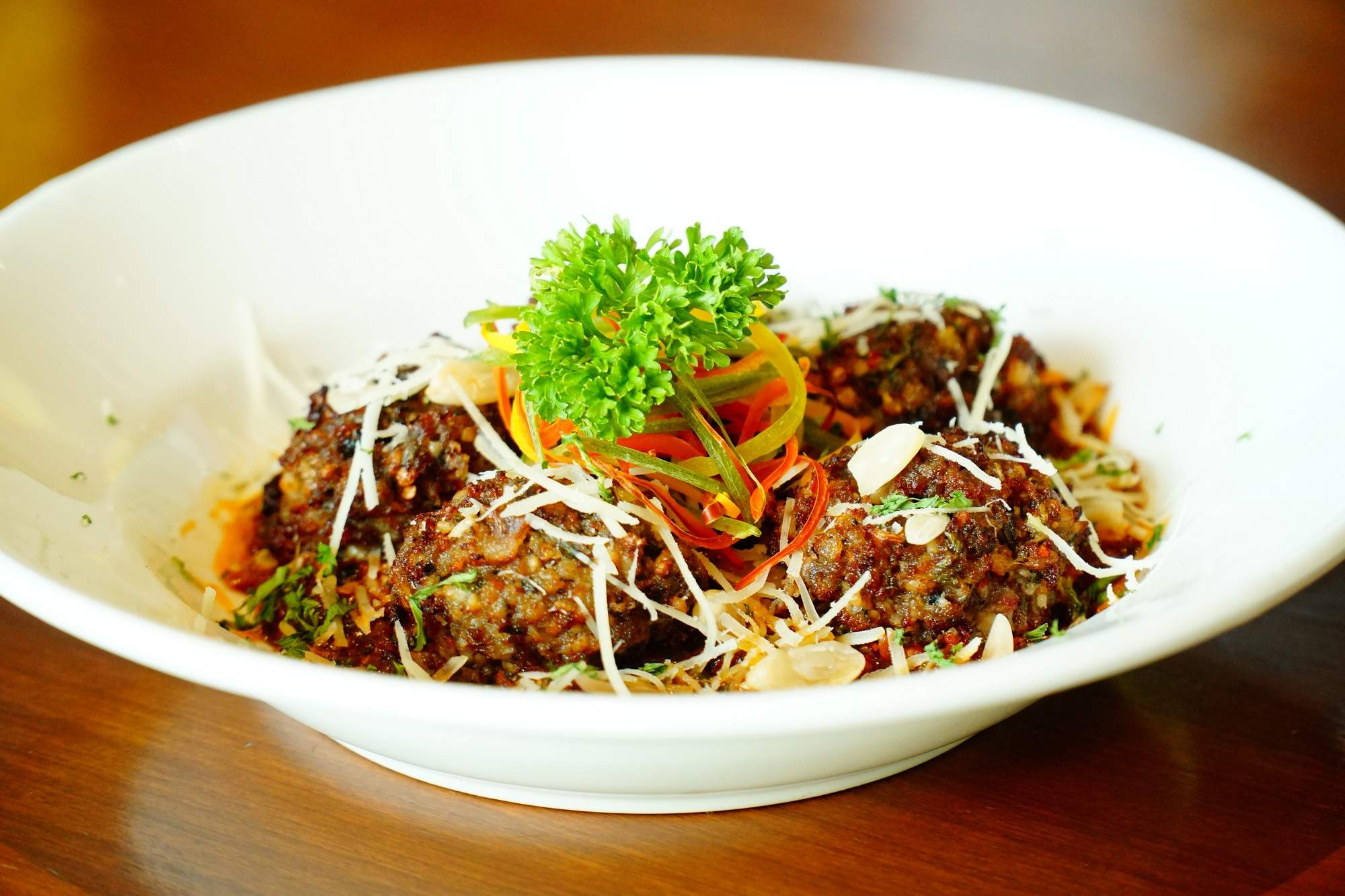 From the UK, the binge-worthy Beer Battered Fish made from Kolkata Bhetki made a royal entry on the table. The hot and crisp appetiser, when paired with a chilled beer, is a combination made in heaven. Resisting the temptation to polish off all, we tried their hot seller Barbeque Chicken Wings that gave another punch of striking flavours to our taste buds. Their Cream of Brocolli soup is also a favourite among their customers, we were informed while serving the pista green soup in a bowl. Wary of breaking the chain of good flavours on our taste buds we tried a spoonful and was surprised with the chef ’s acumen. The creamy and healthy soup with balanced flavours can be counted among comfort food. With Potato Bhravas, we were back to another round of zesty gastronomy. A Mexican delight, the crispy cubes of potatoes tossed in spiced and served with a spicy tomato sauce, draws a similarity to the Indian chaat, sans tamarind chutney and yoghurt. It was time for sweet endings and we were torn between Chocolate Praline Mousse and Strawberry Mille Feuille. While the former is heavenly, to say the least, the latter a bonhomie between crackers, strawberry jam and cherries is sinful. Sure enough, in conclusion, their vibrant wall art stating Mocambo Khush Hua!, from the hit film, Mr India, resonated with us perfectly.