iPad Pro 2020 review: Your next computer is not a computer

In the tablet world, there’s the iPad, and then there are the perfunctory set of Android tablets to, at best, give the world a faint, almost regulator-satisfying, sense of competition. The iPad is what you pick up when you want the unique combination of hardware, tablet-first apps and a platform that’s a breeze for most folks to use. Distill that formula into its most uncompromised form, and you have the iPad Pro.

The latest 2020 iPad Pro doesn’t fall far from the tree from the stunning 2018 redesign that saw a bunch of big-ticket changes, including thinned out bezels, squared-off sides and the cold-turkey switch to Face ID instead of the Touch ID home button. What has changed, almost dramatically so, has been how you interact with the iPad, with the addition for mouse and trackpad support. Suddenly, the iPad gets to be more computer-like to more people, and Apple has cheekily attached a “Your next computer is not a computer” tagline to the new iPad Pro. While doing so, it also does a lot of things far better than any conventional computer does – exceptional stylus support and support for augmented reality apps that are far and beyond the competition right now. It is, without a doubt, the best iPad thus far, but is it, flashy new features and all, the iPad for you? Particularly when the asking price of the iPad Pro and the not-mandatory-but-highly-recommended Magic Keyboard place this into serious premium laptop territory? I attempt to answer that in our review of the iPad Pro 2020. 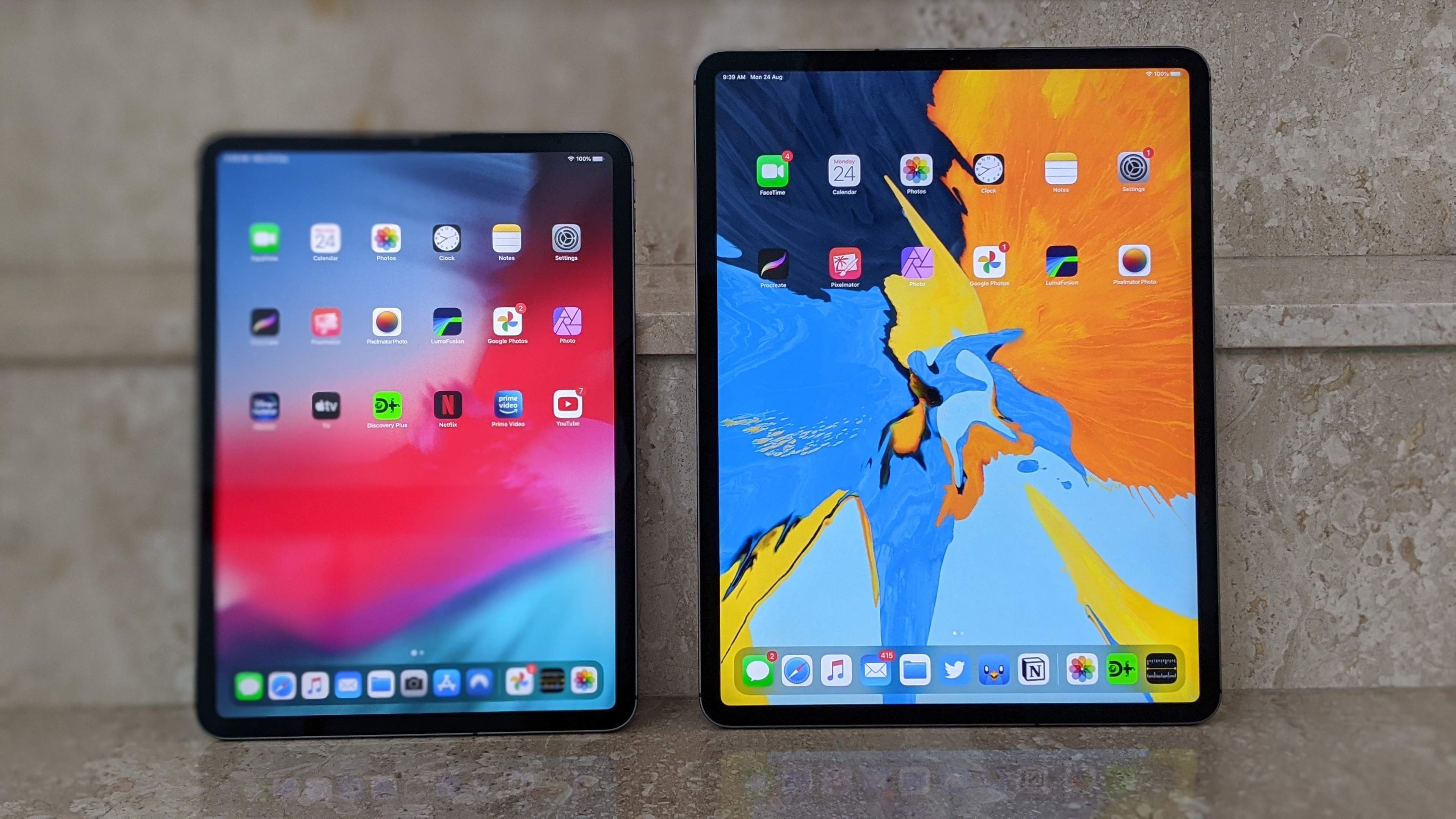 One quick note about the two iPad Pro models you can choose from – I have with me the 11-inch variant, and it’s only really the screen size that sets it apart from the 12.9-inch version. Compared to the 2018 12.9-inch variant which has been my travel companion since its launch, the 11-inch feels handier around the home for general use and getting lightweight work - some quick research, writing and image edits - done, but artists or anyone looking for bigger screen real estate to get serious work done should strongly consider the larger Pro. That said, both models are super slim and light (the 11-incher is 5.9mm/471g), and the soft ever-so-slightly rounded edges of the iPad allow for extended usage without it getting uncomfortable. The design remains very industrial, but everything’s in the right place – the quad speaker setup which ensures stereo sound no matter how you hold the tablet, the USB-C port for charging and plugging in accessories, and the smart connector on the rear to connect to keyboard cases, including the Magic Keyboard. Looked at from the front, the 2020 iPad Pro could pass for a clone of the 2018 model, with same dimensions, the same buttery-smooth ProMotion 120Hz LCD display and the same magnetic strip on the side that charges the second-generation Apple Pencil. Expectedly, no headphone jack. Discussing performance for an iPad Pro almost feels obligatory at a level, with even the 2018 device showing the amount of headroom Apple has at its disposal for the most demanding apps. The Apple A12Z Bionic chip in the 2020 iPad Pro sees a bump up to an eight-core graphics processing cores (instead of seven earlier), which is aimed at better 120Hz gaming, 4K video editing and real-time augmented reality applications. You get the same slick levels of performance as you’d expect on a flagship iPad, whether you’re zipping across the interface or launching apps or running intensive image or video edits. For someone like me coming off a 2018 iPad Pro, I couldn’t really tell unless I peeked at scores from benchmarking apps, and I could just summarize the performance to be plenty fast and not something you would have to think about for years to come. Let me put it this way - in many operations such as complex image edits, it outperforms the MacBook Air I recently tested. Enough said. Even outside performance intensive tasks, the iPad Pro’s display is excellent for content consumption – it’s gorgeously calibrated out of the box and is plenty bright for all manners of content.

Battery life was along expected lines, between 9-10 hours of use, which in heavy lockdown terms means you may have to charge it at the end of a packed workday. Juicing it up from zero to 100 with the included 18W charger takes about two-and-a-half hours.

It's worth noting how much the recent changes in iPadOS impact usage. The split from iOS has had the effect of transforming the iPad from a tablet on steroids to a device that has inched ever so close to a modern tablet-computer. New on iPadOS is support for USB/Bluetooth connected mice and trackpads, which gets a mouse pointer of sorts onto the screen, but one that changes shape depending on the item its close to. Bring it close to a text field and it changes shape to allow insertion or precise selection, hover it near a button and the cursor jumps to it, allowing for the sort of precision you need on a touch-first interface. Add in a trackpad, such as the one found on the Magic Keyboard, and you can use a whole bunch of gestures to go home, switch between apps etc. Each month, I’ve seen some of my favorite apps being updated for iPad-style mouse support, and it’s a rather transformative change, particularly in productivity and creative apps - the added precision of a mouse greatly benefits the overall pace of work, without having to lift your finger up each time to the screen. The other iPadOS staples, including split view multitasking and USB device access, are all there. 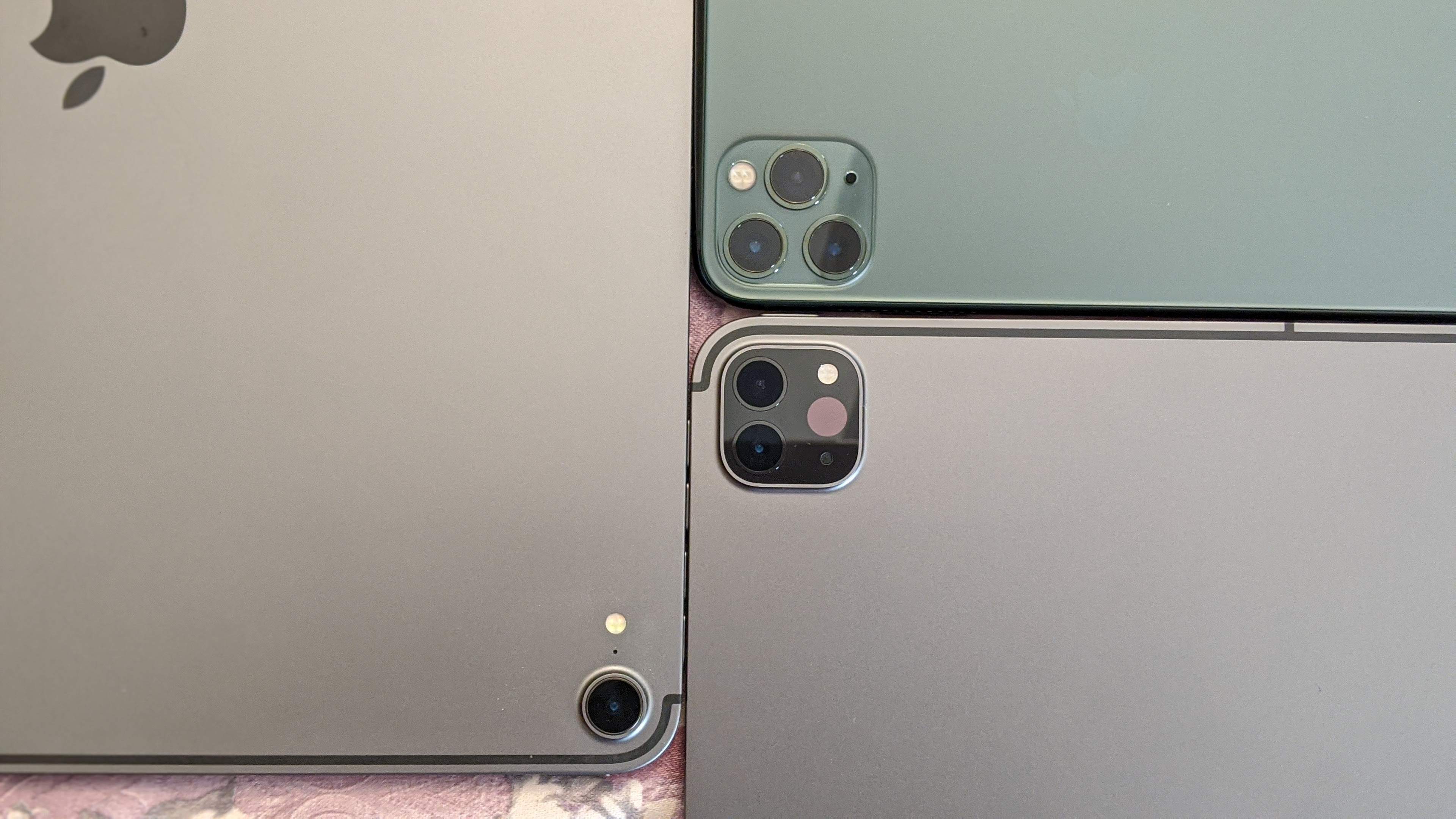 The big new hardware addition to the 2020 iPad Pro is the new beefed-up dual camera setup on the rear, which includes a lidar (short for light detection and ranging) sensor that you would normally associate with self-driving cars and robotics, not tablets! Visually, the camera module is the only way to distinguish the 2020 iPad Pro from the 2018 version, and the squircled camera island brings the iPad Pro closer aesthetically to the iPhone 11 Pro lineup. The cameras go from a single shooter in the 2018 Pro to the 12MP main camera and a 10MP wide-angle lens on the new iPad Pros. Not that I recommend holding up a large tablet to shoot your photos, but if you do, you’ll get better images that are better than the previous generation but not quite as detailed and vibrant as those from the iPhone 11 range. Five microphones capture better, fuller audio when you’re shooting 4K 60fps video, and the 7MP selfie camera is great for all the video calls we’re doing these days. One only wishes the selfie camera was on the right edge instead of on top of the display, given how often the iPad Pro ends up being used horizontally in a keyboard case. The lidar sensor is intended at aiding augmented reality apps by allowing the iPad camera hardware to better interpret depth and understand the location and position of the iPad with respect to surfaces and objects around it. With lidar, the iPad Pro maps out the physical space by emitting low-powered lasers and calculating the time it takes for them to return to the sensor, which makes starting up and using an AR app feel almost instantaneous. The best example is the much faster Measure app, which lets you quickly measure sizes in the real world using the iPad’s cameras. The 2020 iPad Pro instantly recognized surfaces and planes faster than the previous model. Beyond Measure, Apple’s showcased a bunch of apps like the Hot Lava game, the designer and architect-focused CAD app Shapr3D and the mind-blowing Complete Anatomy app and while it’s applications in making augmented reality really come alive are undeniable, the hardware feels a couple of steps ahead of the software available right now. Bit of future-proofing I suppose, something I expect to see in the next iPhone too, but the mainstream apps that truly leverage the capability are yet to come. 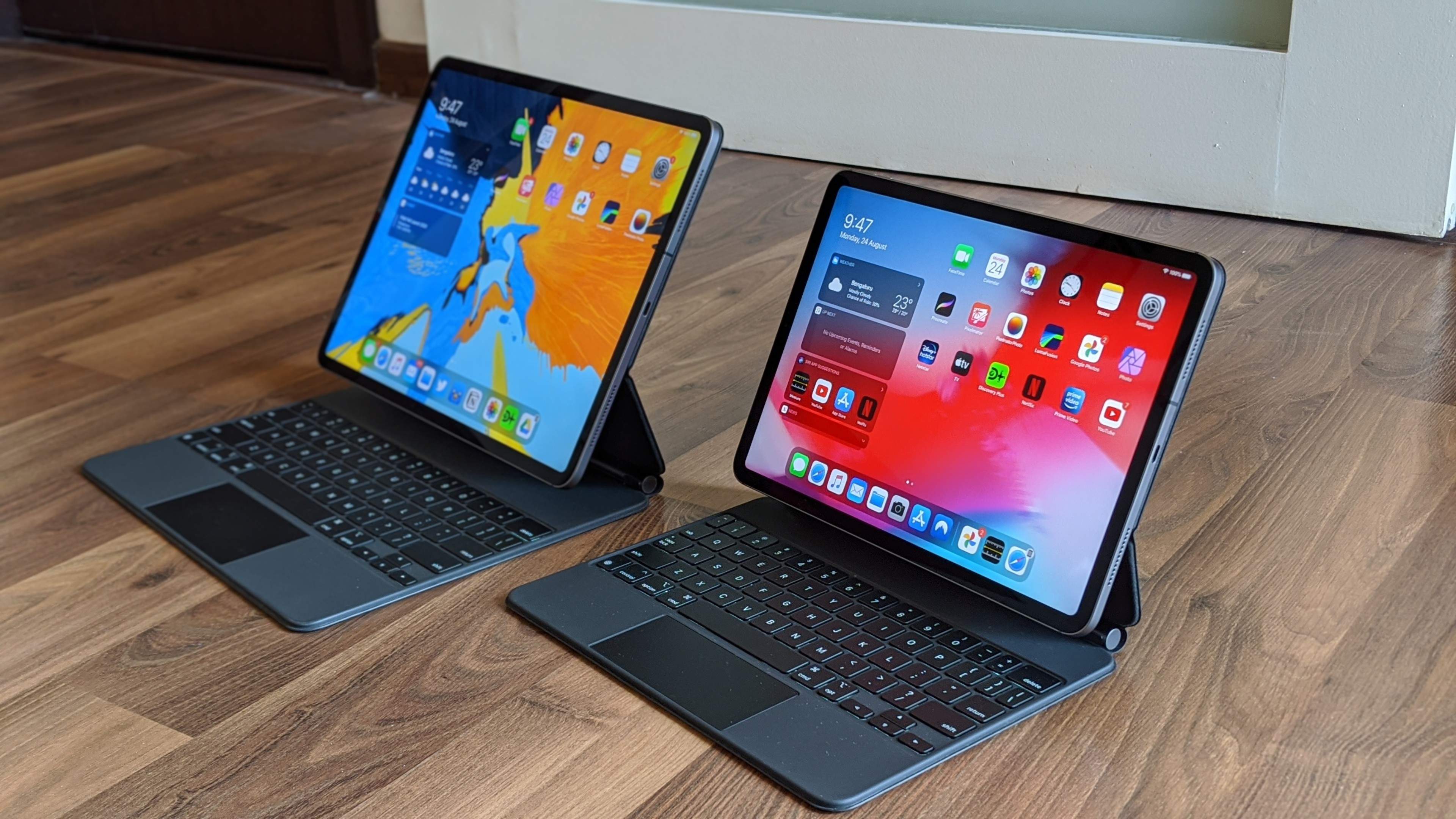 New with this 2020 iPad Pro is the Magic Keyboard which I reviewed recently, which isnt exclusive to the 2020 lineup and works with the iPads Pro 2018 as well. As I said previously, the Magic Keyboard is a pricey addition to the iPad Pro, but it really transforms the user experience to the point where you tend to accept the minor changes to your workflow just to be able to enjoy the exceptionally polished user experience. I routinely walk away from my laptop and just use the iPad for writing, browsing and research and the odd edits of my home videos. Of course, there are asterisks to be noted, but Apple’s done a portable keyboard/trackpad right, after years of dithering on mouse support for the iPad.

Is this for you, and can it replace the laptop? I mean, given the pricing of iPad and its accessories, you can get a capable MacBook Air that might lack the Pro’s smoother, richer display but makes up with many of the regular apps many might be used to for their work. The answer is a little more complicated than a one-size-fits-all suggestion. If you want to travel light and have generic requirements for your tools, the iPad Pro will do just fine. The 11-inch version is aimed at pure portability, while the 12.9-inch screen is more productivity oriented, but it will come down to the tasks you do on a daily basis – some are way faster on the iPad, while others not so much.

Even so, you may want to check the rest of the lineup, unless you’re absolutely certain you need the extra horsepower the iPad Pro delivers. It’s fairly overkill for most…and sure, a regular iPad may not be quite as nice and slick too use, the money you’ll save while doing so will feel a lot nicer in the bank!

Cons: Pricey, accessories add to the already steep asking price, lidar apps still a work in progress, no headphone jack is a miss for a Pro setup