To go Pro or not to go Pro? No sooner than I’d gotten my workflow down pat with the new 11-inch iPad Pro, Apple updated its iPad Air so significantly that it nudged the erstwhile midrange tablet tantalizingly close to what most folks need from the Pro. And that’s really the 54,900 vs 71,900 question - not only what you gain over the base iPad (a lot!) to justify the extra outlay, but also how little the Air compromises on over the Pro for most needs. I’ve been throwing my iPad Pro workload on the new iPad Air (2020) for the past couple of weeks to answer just this. 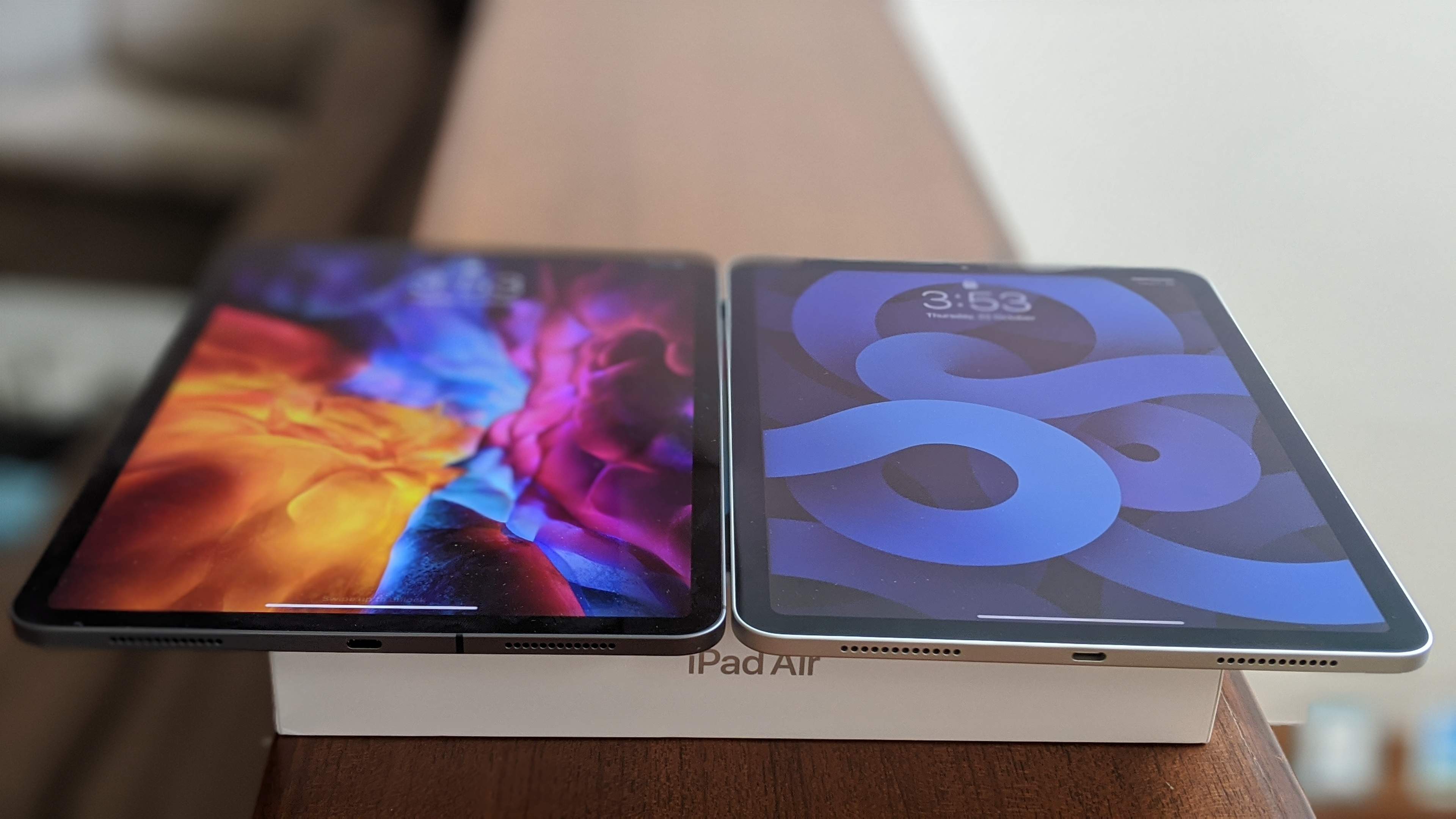 In what is the biggest departure in design for the iPad Air series, the iPad Air (2020) now looks and feels like an iPad Pro rather than the traditional entry-level iPad. Apple has shifted the Air to the Pro’s flat-edged design that we’ve seen being used to great effect in the iPhone 12 family as well, and the change elevates the Air’s premium look and feel. With the move to the Pro-esque design, Apple’s forgone the Touch ID/home button (well, sorta…more on that later) in favor of a bigger display with smaller bezels than the previous Air. At first glance, the Air looks practically identical to the 11-inch iPad Pro I tested recently, matching it in height and weight…and it’s only when you place them side-by-side that you notice that the Air’s display is the tiniest bit smaller at 10.9in compared to the Pro’s 11in. Otherwise, both the iPads are so similar in design that the Air supports the Magic Keyboard made for the 11-inch Pro! 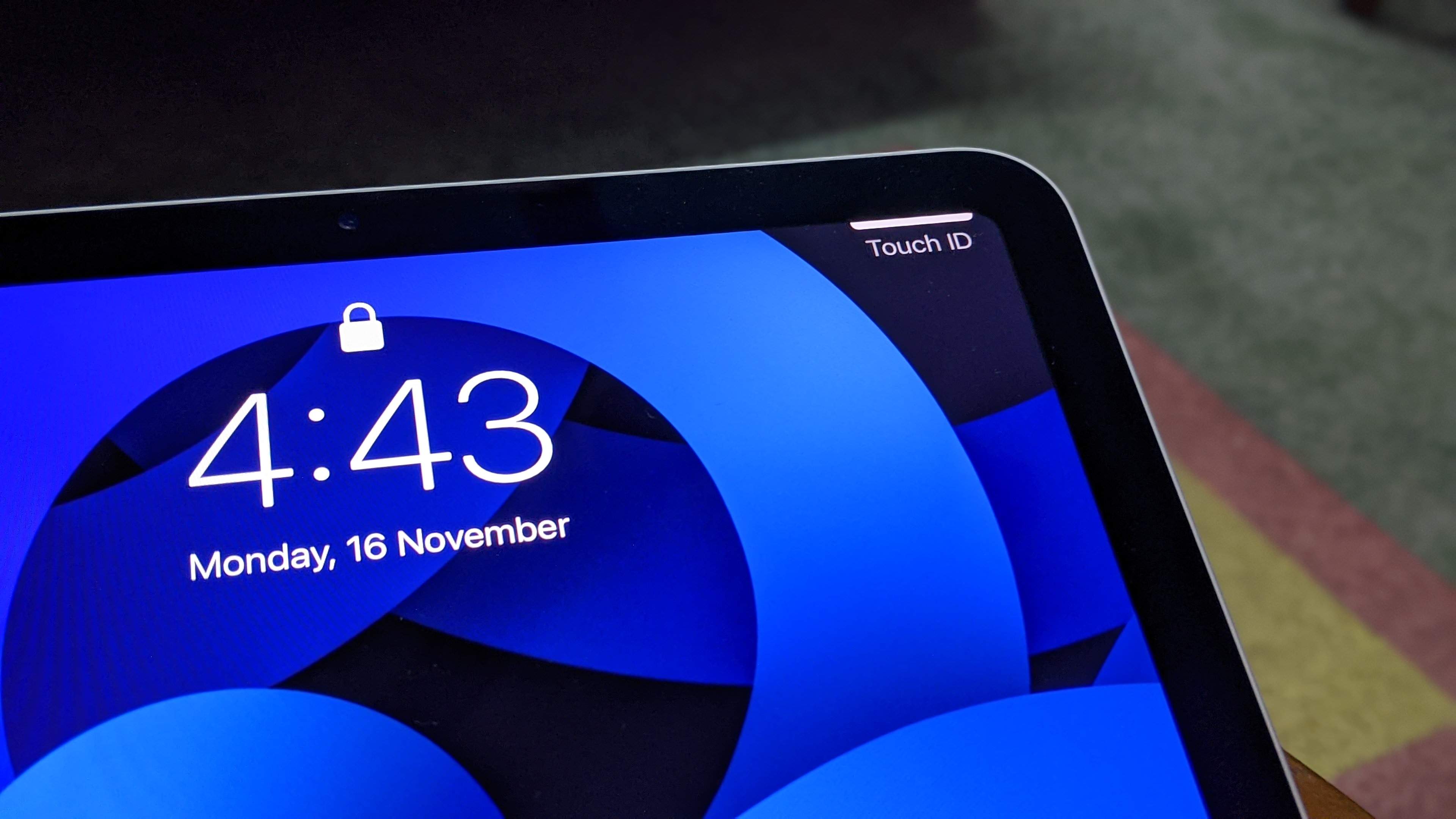 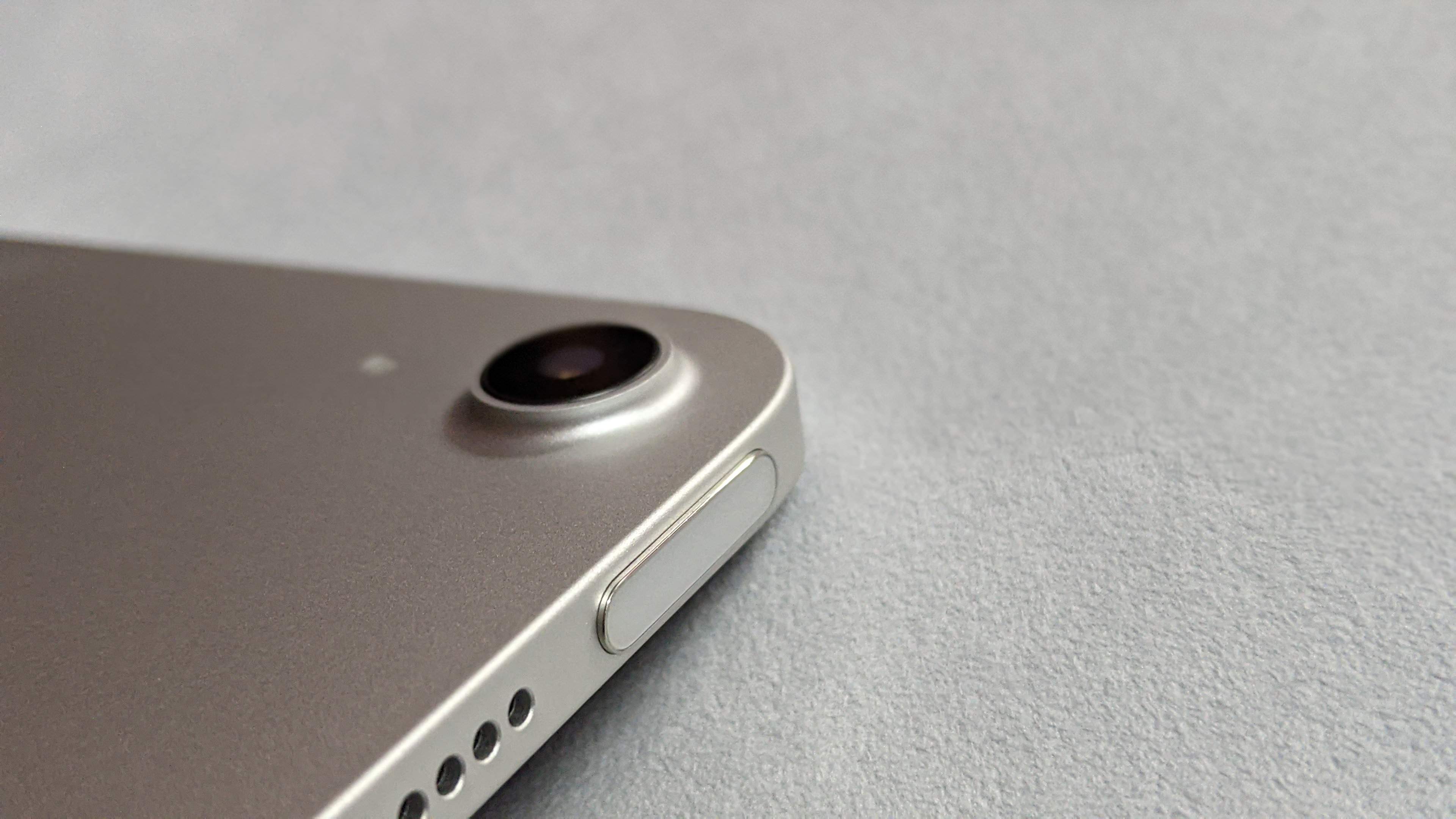 Elsewhere, the Air now has a USB-C port instead of the Lightning port, which allows for a whole host of accessories including external displays and USB-C hubs, plus there’s support for the second-generation Apple Pencil with the same magnetic attachment and charging mechanism as the pricier Pros. Instead of the quad-speaker array on the Pro, the Air has a powerful dual speaker setup on the top and bottom, which gives it proper, two-channel stereo sound when held in landscape mode. Interestingly, the Air is the only tablet in the portfolio where Apple’s integrated a Touch ID fingerprint sensor into the power button, so while you don’t get the fancy Face ID setup one has seen on the iPhones and the iPads Pro, it’s a far more convenient authentication option for when you’re outside and wearing a mask. I’d hoped the iPhones had straight up lifted this idea from the iPad Air on the iPhones 12, but that was not to be. 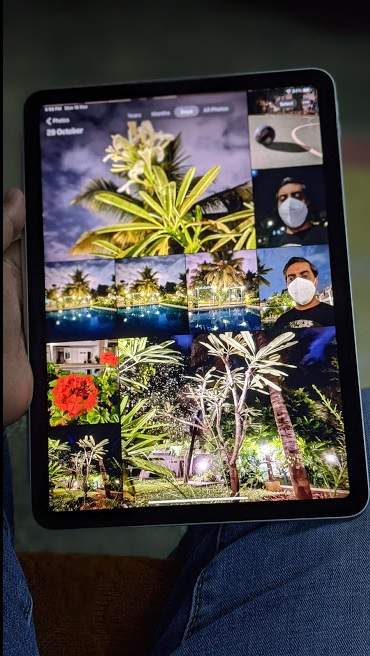 Dominating the front is the 10.9in, 2360x1640 pixel Liquid Retina display that runs at the same 264ppi pixel density as the 11in iPad Pro and has all the True Tone smarts, wide color gamut (P3) and rich media reproduction one has come to expect from modern Pro iPads. The immersive, near-all-screen-display is crisp, colorful and bright in everyday use. Apple’s applied an anti-reflective and fingerprint-resistant coating that makes the Air more pleasant to use than the standard iPad, but the peak brightness is a bit lower than the latest Pro, topping out at 500 nits (versus the Pro’s 600 nits), something that’s noticeable only in a brightly lit environment. Of course, the Air lacks the iPad Pro’s 120Hz ProMotion display, which ratchets up the refresh rate of the screen to up to 120Hz for that extra dash of buttery smoothness, so it’s noticeably less slick and fluid say when you’re navigating the interface or scrolling on a website. Here’s the thing, though. You need to have seen and used the iPad Pro to have that frame of reference (or keep the two side-by-side), and for most folks, iPadOS’s smooth animations are zippy enough and gameplay fluid enough to not really be able to tell. Graphics pros and design professionals who need that extra fluidity and responsiveness in their workflows should, no questions asked, pony up the extra 12,000 to 15,000 bucks. 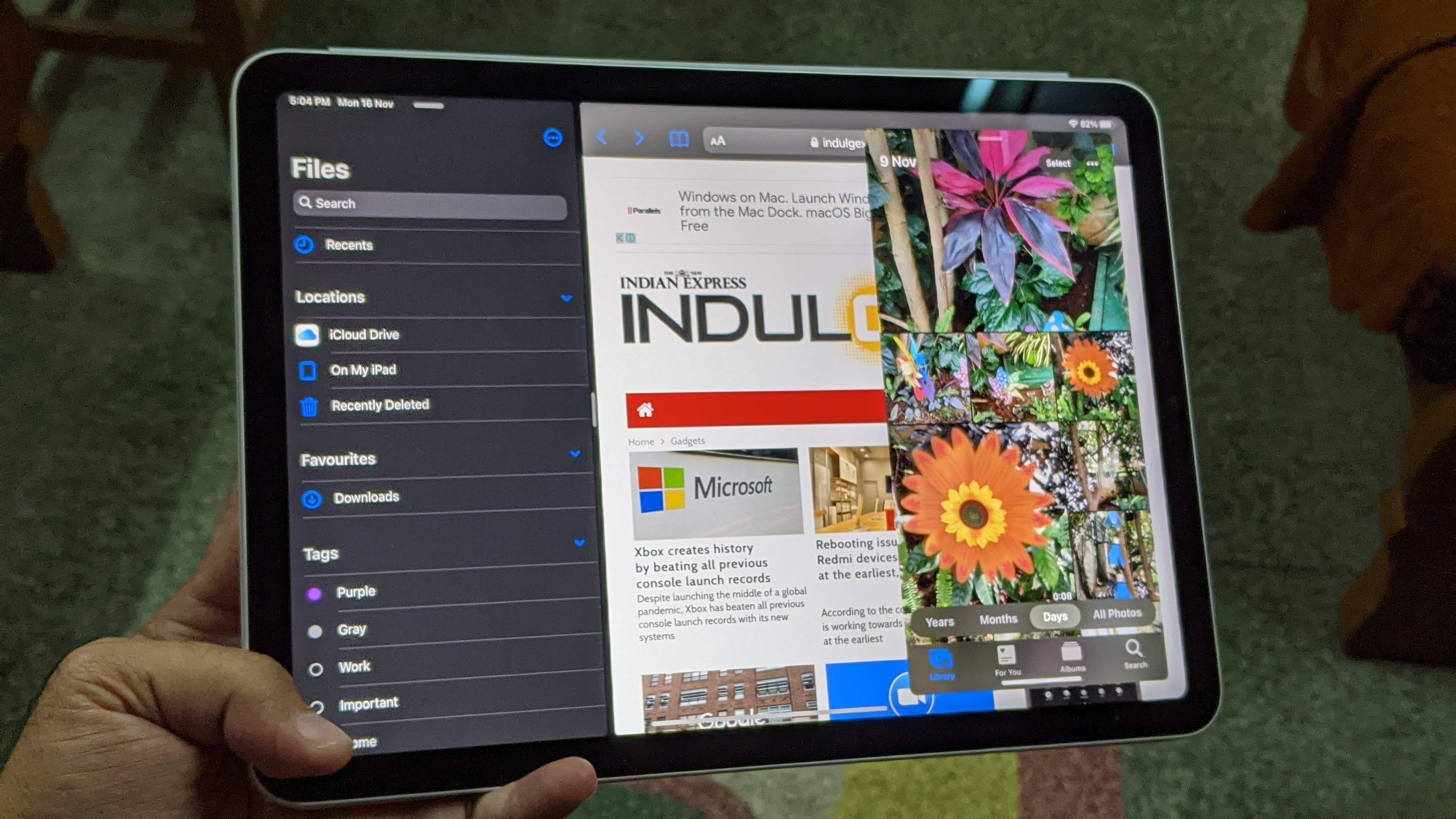 Now, if you saw the announcements on our iPad Air launch coverage, you’d have noticed the iPad Air was the first Apple device to be powered by Apple’s new 5 nanometer process A14 Bionic processor, which also powers the just released iPhone 12, 12 mini and 12 Pro/Pro Max. Available in 64GB and 256GB variants, this puts the Air in the position of actually one-upping the A12Z-based iPad Pro 2020 in a couple of ways – the iPad Pros have eight CPU and 8 graphics cores on the chip, while the A14 has six CPU and four graphics cores, each of which are faster than those on the A12Z. What this translates into is faster single-core CPU performance on the Air, but better 3D graphics and multi-core performance on the Pro, and then there are a whole bunch of new neural engine enhancements on the A14 which would mean faster Siri responses, better handwriting/people recognition and faster AI/ML execution. In short, performance on the iPad Air is impeccable, and no matter what you’re doing – Zoom calls, gaming or sketching using the Apple Pencil – you’ll get bags of performance on tap…and then some. As is now expected from iPads, you’ll get the same 8-10 hours of battery life depending on your workload, and if used more as a consumption device, you could go a couple of days between charges. 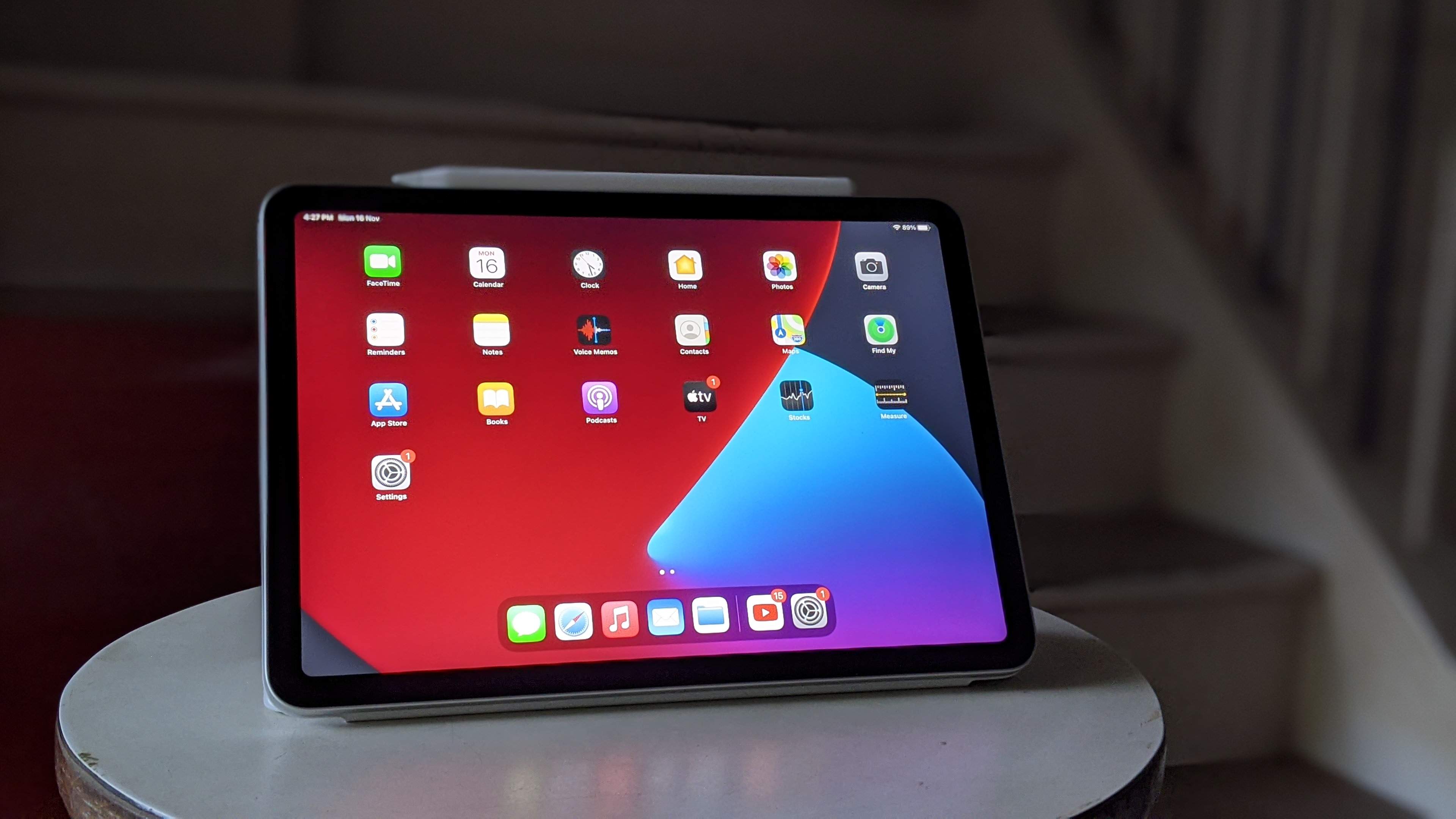 iPadOS 14 continues to be the secret sauce that differentiates Apple’s iPads from the rest of the tablet world with its unrivalled app and developer support, and the sheer longevity of Apple’s software support for its devices means you’re sorted for the next five years, by any estimates. iPadOS is much the same as you’d expect on the latest iPad/iPad Pro, including the widgets on the home screen, quicker access to Siri and universal search and redesigned first-party apps to give a more laptop-like feel to apps.

Pair the iPad Air with the optional Apple Pencil, and you can use the new Scribble handwriting recognition feature to scribble text into any text field and have it converted to typed text. Scribble is crazy good in how it can recognize doctor-level bad handwriting, and you can actually use it fill forms and write emails and notes in iPadOS and not tire of how intuitive it gets. Then there’s the new shape recognition wizardry which allows you to draw out shapes by hand and have them change into geometrically correct shapes, handy for the odd doodling or the serious home renovation diagrams alike! With a keyboard accessory like the Magic Keyboard, the iPad Air lets you take on the same laptop-replacement duties as the iPad Pro, with strong media, work and games app support for work and play. With the 12MP rear camera (no ultra-wide and no depth-sensing LiDAR from the iPad Pro) and 7MP front facing camera, the Air is good for Zoom calls but here’s the caveat – the Zoom/Meet app doesn’t multitask in split-screen mode, so if you want to open a video call and work on something else, the camera shuts off though the audio continues.

How does the iPad Air compare to the competition from Windows and Android? Compared to the best Android has to offer (Samsung’s Tab S7/7+), the iPad Air pulls ahead in terms of sheer developer support for professional apps, whether you consider video editing, document creation or visual illustration. The iPad runs circles around Windows machines priced in the same ballpark, but Windows tablets like the Surface Go do ship with the inherent multitasking/split-screen advantages of Windows, so that’s something to keep in mind. 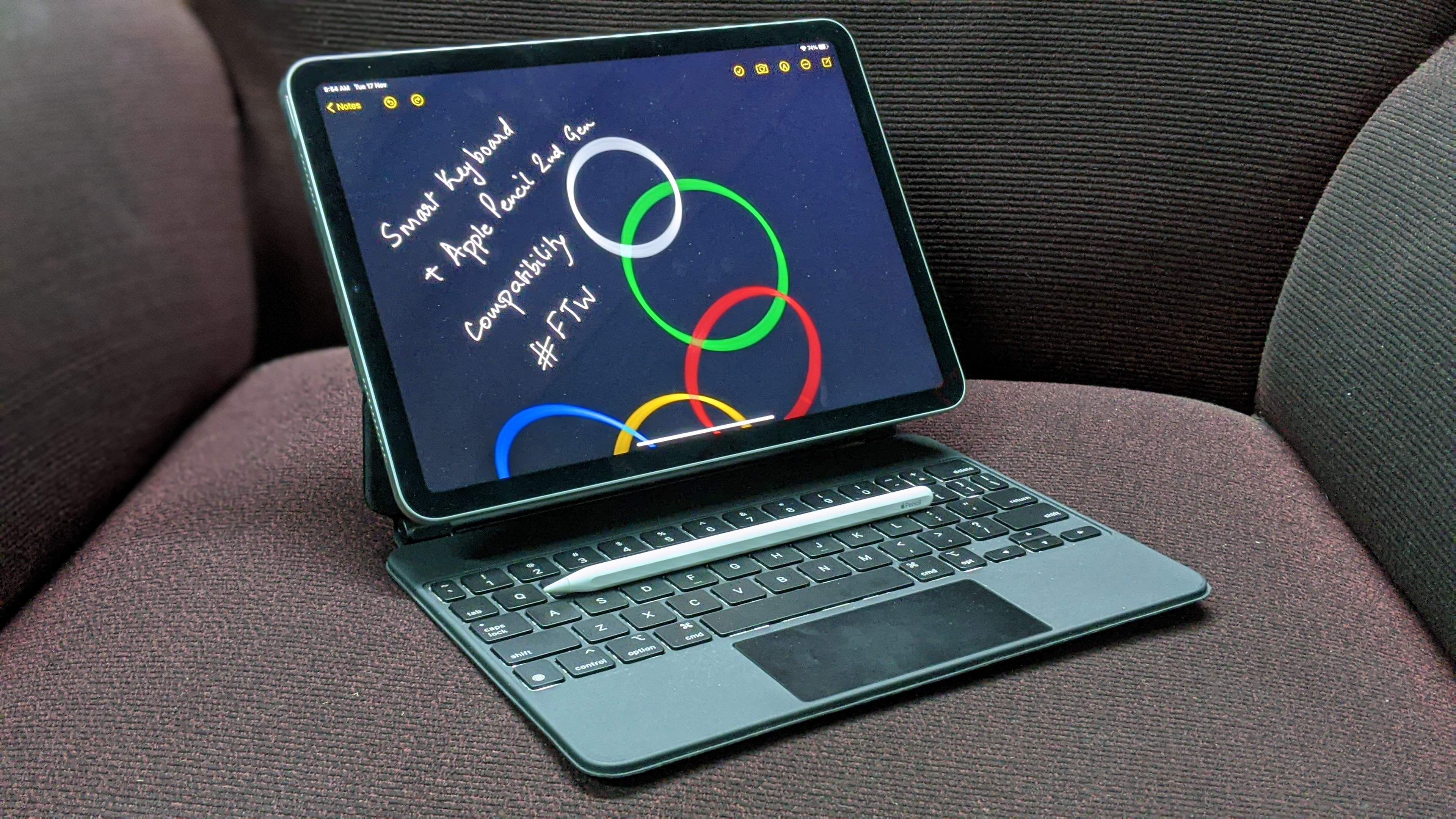 It’s evidently clear that unless you’re hankering for the higher storage options or the faster refresh rate or have a unique use case for using the LIDAR-enabled augmented reality features on the iPad Pro, you’re doing yourself (and your wallet) a favor picking up the iPad Air. The Air is no longer the tweener in the range, and is firmly further in iPad Pro territory than base iPad territory. If you weigh the longer term benefits and even out the costs over the years of use, the Air makes a compelling case to consider over the base iPad with its refreshed hardware, improved Pencil support and the ability to add the stellar Magic Keyboard at a later stage (though the sticker shock for the Magic Keyboard is still tough to swallow).