OnePlus 8T review: Smooth and sharp as ever, but is it enough?

In the OnePlus world, it’s ‘T’ time – that time of the year when the company tweaks the design and features to remain compelling and relevant in the eyes of the consumer…until well, the next generation is launched. Only this time, with the absence of an 8T Pro launching alongside, the OnePlus 8T has the added role of not only sprucing up the portfolio but also clearly justifying its presence among the family of high achievers – the Nord and the OnePlus 8 Pro. Oh, and contend with the increasingly fierce competition in the segment, both from new launches in the space and from some killer offers during the festive season. Is the middle child worth your consideration? Let’s find out. 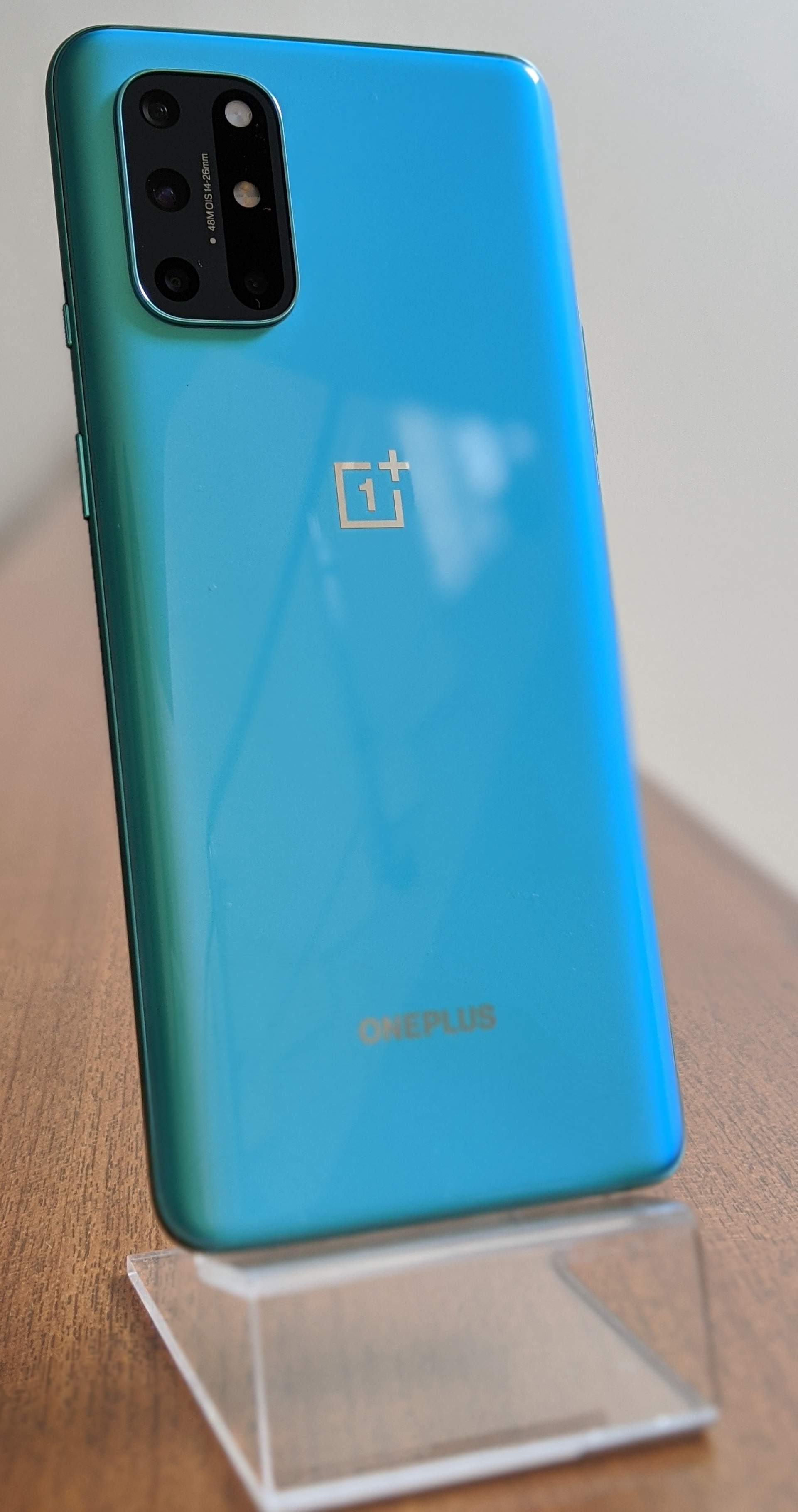 Straight out of the box, it’s evident that the OnePlus 8T represents one of the more radical departures from what one associates with OnePlus’ design language. Sure, it’s still an aluminum frame with a glass back, and the new Aquamarine Green colorway, despite the glossy finish, resists fingerprints and smudges. It’s just that with the move to the rectangular camera cutout on the top left (instead of the centrally aligned camera arrangement on previous models), the design looks very derivative, almost like it’s inspired by a bunch of Samsung phones launched earlier this year. It almost feels like the two logos on the rear were to compensate for the change in visual identity. In the hand, the phone is slightly wider and heavier than the OnePlus 8, but the curved rear edges and the soft finish mid-frame coupled with the flat panel up front make it easy to grip and comfortable to use. 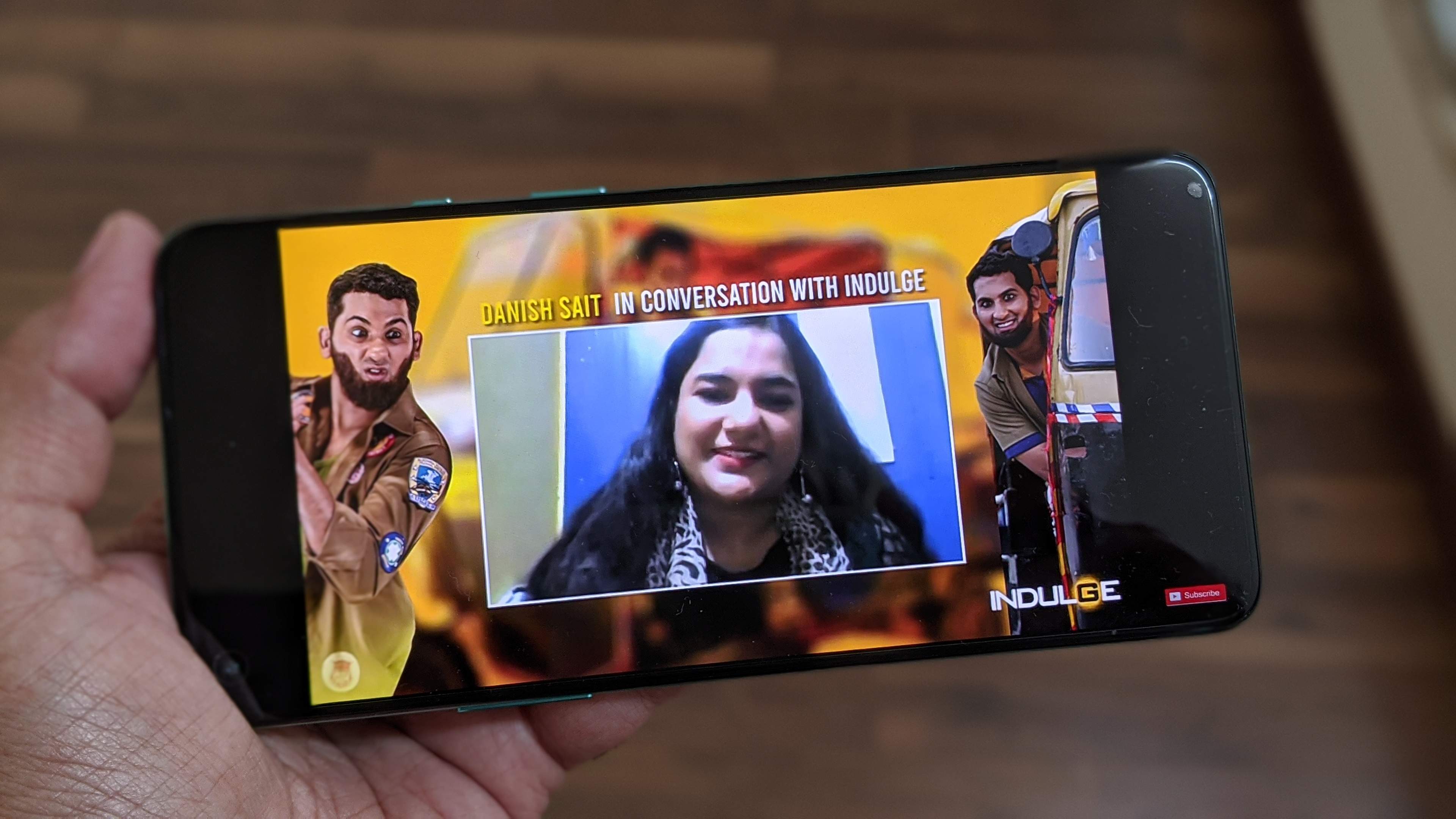 Now, while the front may look familiar with OnePlus using the same size (6.55-inch) and resolution (full-HD+) on the display as the OnePlus 8, you get a seriously amped up panel with support for 120Hz refresh rates, just like the OnePlus 8 Pro. Touch sampling rates have been bumped up to 230Hz (from 180Hz on the 8), which makes the already smooth Oxygen OS experience even more responsive to the touch. Without a doubt, this is a good panel – it’s HDR 10+ certified, supports the DCI-P3 color gamut and has a JNCD color accuracy rating of 0.55, plus it can go all the way up to 1100 nits while displaying HDR10 content. Side note: the 8T uses a new chip-on-panel tech which lets OnePlus take the display almost all the way down to the bottom edge, which is nice. OnePlus has done a good job on the haptics as well, which is key to a premium feel on any flagship contender. What continues to elude the 8T is an IP water-dust-resistance rating and support for wireless charging, both of which remain exclusive to the OnePlus 8 Pro. OnePlus flagships have always been about packing bleeding edge internals into a mid-segment budget, and the OnePlus 8T is no different…almost. One typically sees the faster ‘+’ Snapdragon variants in the T cycle, but it isn’t so with the 8T. You get a Snapdragon 865 chip, the same as the one inside the 8 and the 8 Pro, but with faster UFS 3.1 flash storage (the 8 had UFS 3.0) and 8GB/128GB or 12GB/256GB of LPDDR4X memory/storage combinations. OnePlus has added a new vapor cooling chamber to sustain performance during extended gaming sessions, and really, no surprises here, the performance has been top-notch. Everything, from using the interface to heavy gaming, ran snappily and with consistently high frame rates. Media viewing was a treat, and the clear, loud stereo speakers let you watch content without having to search for the headphones. Face recognition and unlocking via the in-display fingerprint scanner were quick as well.

While Oxygen OS retains its smooth, performance-first character, the Oxygen OS 11 update based on Android 11 has been a bit divisive in its new look and feel, particularly in how it bears some visual resemblance to Samsung’s OneUI. If you’re a OnePlus purist, it may take a bit getting used to. It’s a fresh coat of paint on an already feature-rich skin, and to be fair, OnePlus continues to show its characteristic restraint in adding bloatware to the device. Personally, I liked the new always on display feature (AOD), with the Insight AOD reminding you how many times you've unlocked your phone, a digital well-being fact that we all need to be made aware of for our own collective sakes. The other big upgrade on the 8T is the battery – not so much the jump from 4300mAh to 4500MAh, but the fact that the phone now supports the upgraded Warp Charge 65 fast charging tech. Charging from empty, you get to about 70 percent in half an hour and 100 percent in a little over 45 minutes. That said, you do get 65W fast charging in significantly cheaper phones like the Realme 7 Pro. The good bit is that the charger isn’t limited to Warp Charge 65, as it also supports the USB Power Delivery standard to fast charge other Samsung phones, iPads and MacBooks. Battery life with 120Hz on all the time is around five and a half hours, which is in the ‘good, not great’ territory. 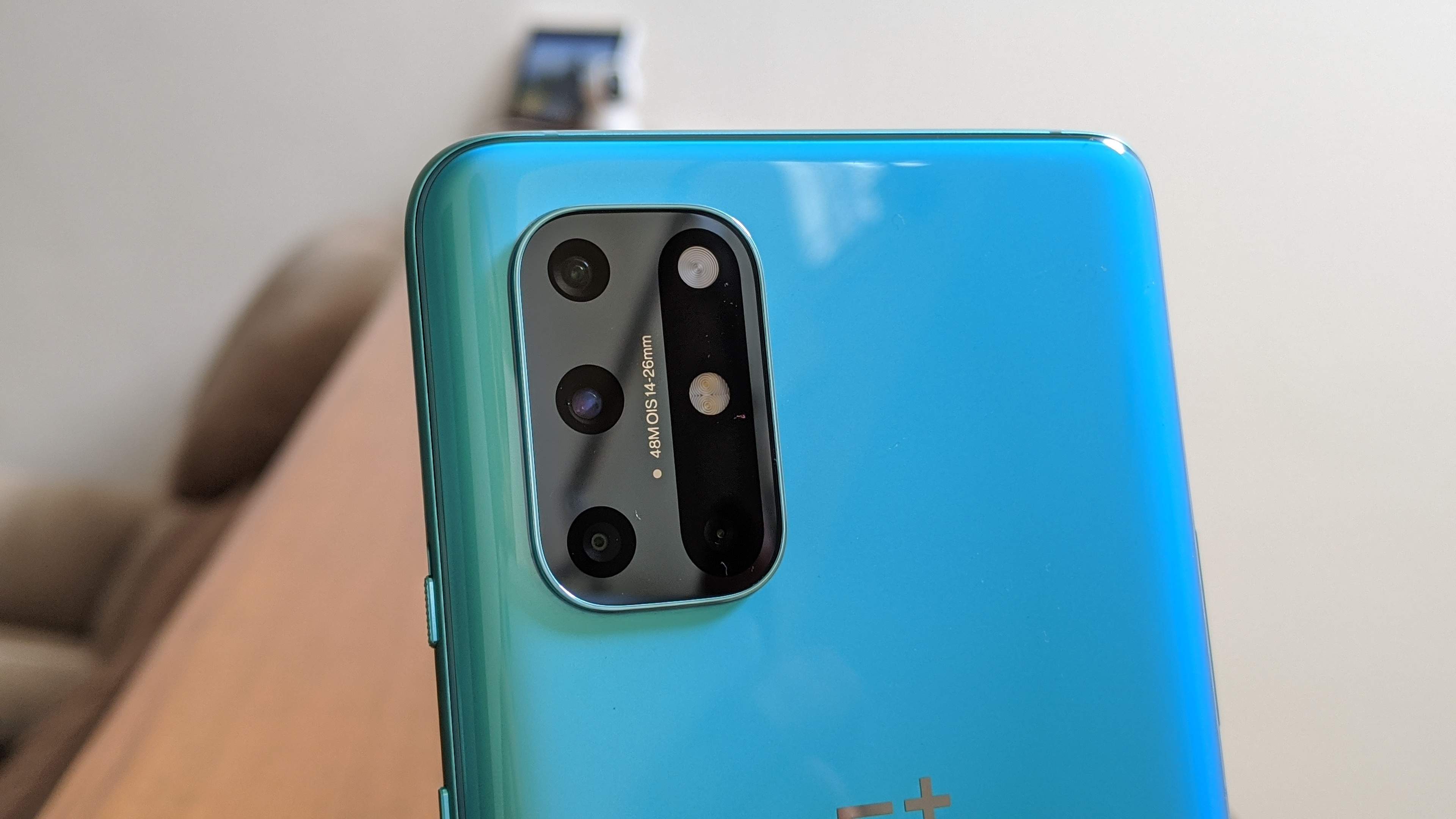 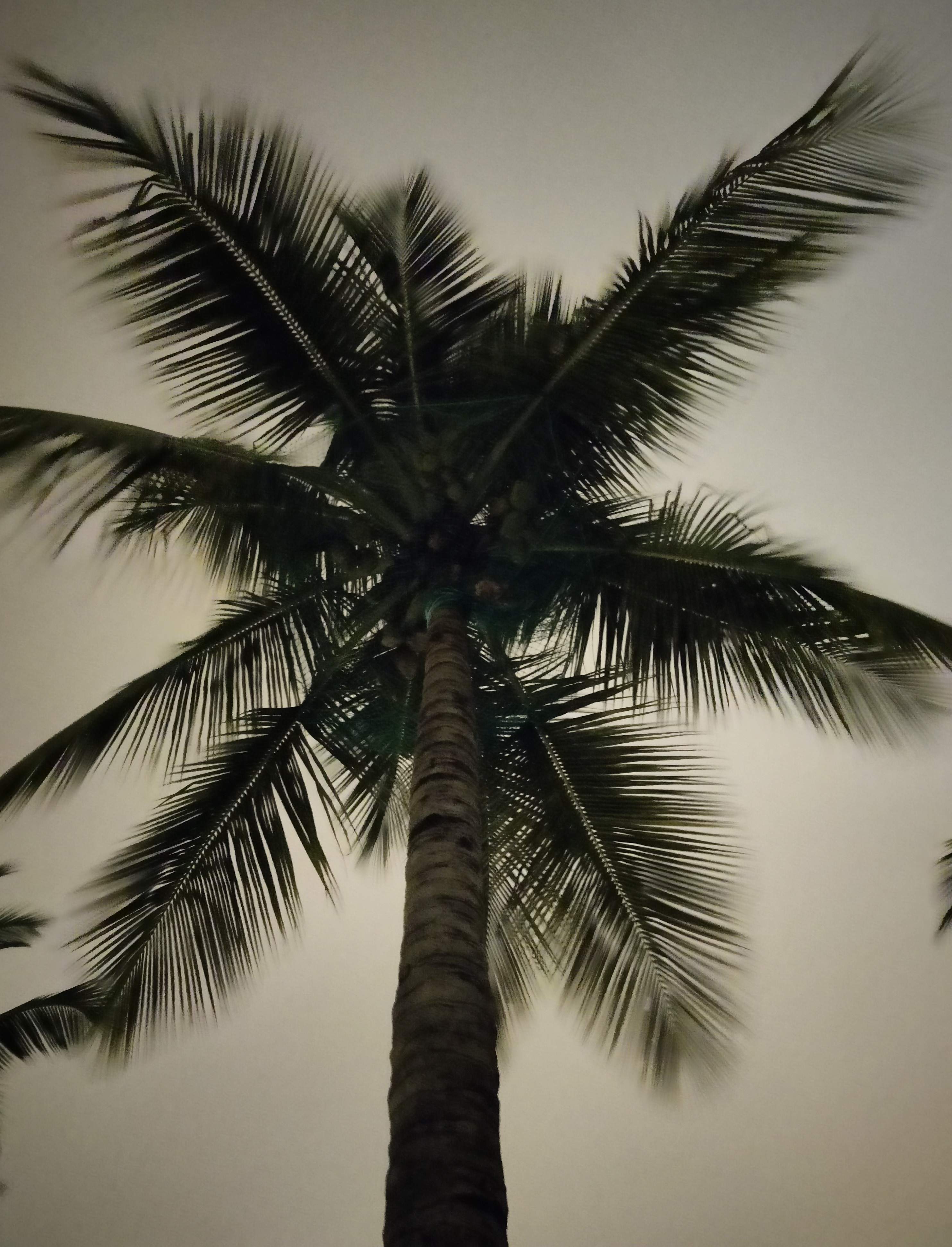 The final bit – the cameras – is one I approach with caution with OnePlus devices, as several past devices have been fairly average in this department. With the 8T, you get a quad camera setup – a 48MP primary Sony IMX586 sensor, a 16MP ultra-wide, a 5MP macro and a 2MP monochrome, with a 16MP up front for selfies. Detail levels are sharper than the 8, both in good light and low-light, and even in extremely lowlight nightscape shots. Colors are natural, not boosted, although the main camera and the ultra-wide throw up slightly differently color tuning, which results in hues differing between images. Ultra-wide shots are slightly weaker on detail as well, but the macro and portrait shots are impressive. New software features in the 8T camera app - Video Focus Tracking, Video Portrait, and Video Nightscape – are all well executed. Net net, you’re getting a better tuned camera over the OnePlus 8, but the OnePlus 8 Pro is still my pick as the best OnePlus camera around. 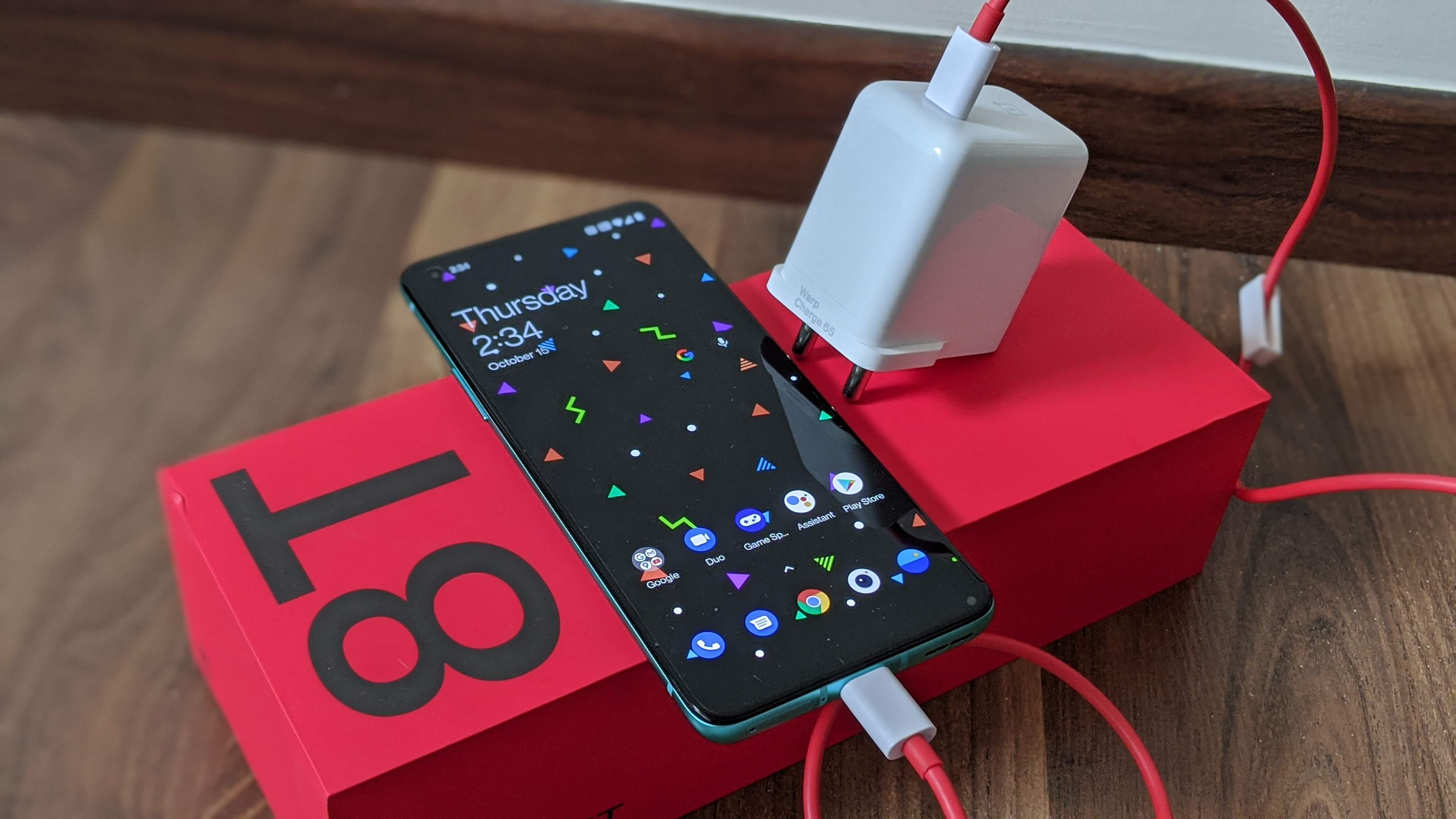 So, is this a radically improved device, as the design refresh might suggest? It almost feels like OnePlus has played a pure numbers game here, tweaking the core 8 features to a point where it makes a compelling case for itself…but not so much as to overshadow the 8 Pro. The issue with walking that fine a line with improvements is not so much the comparisons within the family, but the fact that phones like the S20 Fan Edition and the extremely competitive S10 Lite and Note 10 Lite exist today. Or for that matter, the Mi 10T Pro with its killer pricing or the great deals we’re seeing on the iPhone SE 2020 and the iPhone 11 in the festive season. Make no mistake about it though, if you do pick the OnePlus 8T up, you will be buying a device which will last you well for years to come. It’s just it’s not as easy to outright recommend a OnePlus device anymore, since the options have become way more credible over the years.