If you’re in the market for a premium flagship in 2021 and are looking to spend upwards of sixty grand on a brand spanking new phone, the year has thrown up an exceptional set of options. There’s the Samsung S21 Ultra, the OnePlus 9 Pro, the Mi 11 Ultra and the sibling of the Vivo X60 Pro, the X60 Pro+. This is a phone that Vivo’s gone all out with, packing in meaningful innovations in the camera department – including a second-generation gimbal system and a partnership with camera brand Zeiss - plus a ton of processing power into what is arguably one of the most gorgeous phone designs of the year. It’s worth noting that three of the four – the OnePlus, the Mi and the Vivo – all retail at the same 69,990 price point in India. Does the X60 Pro+ get enough right for you to overlook some of its rather obvious shortcomings? 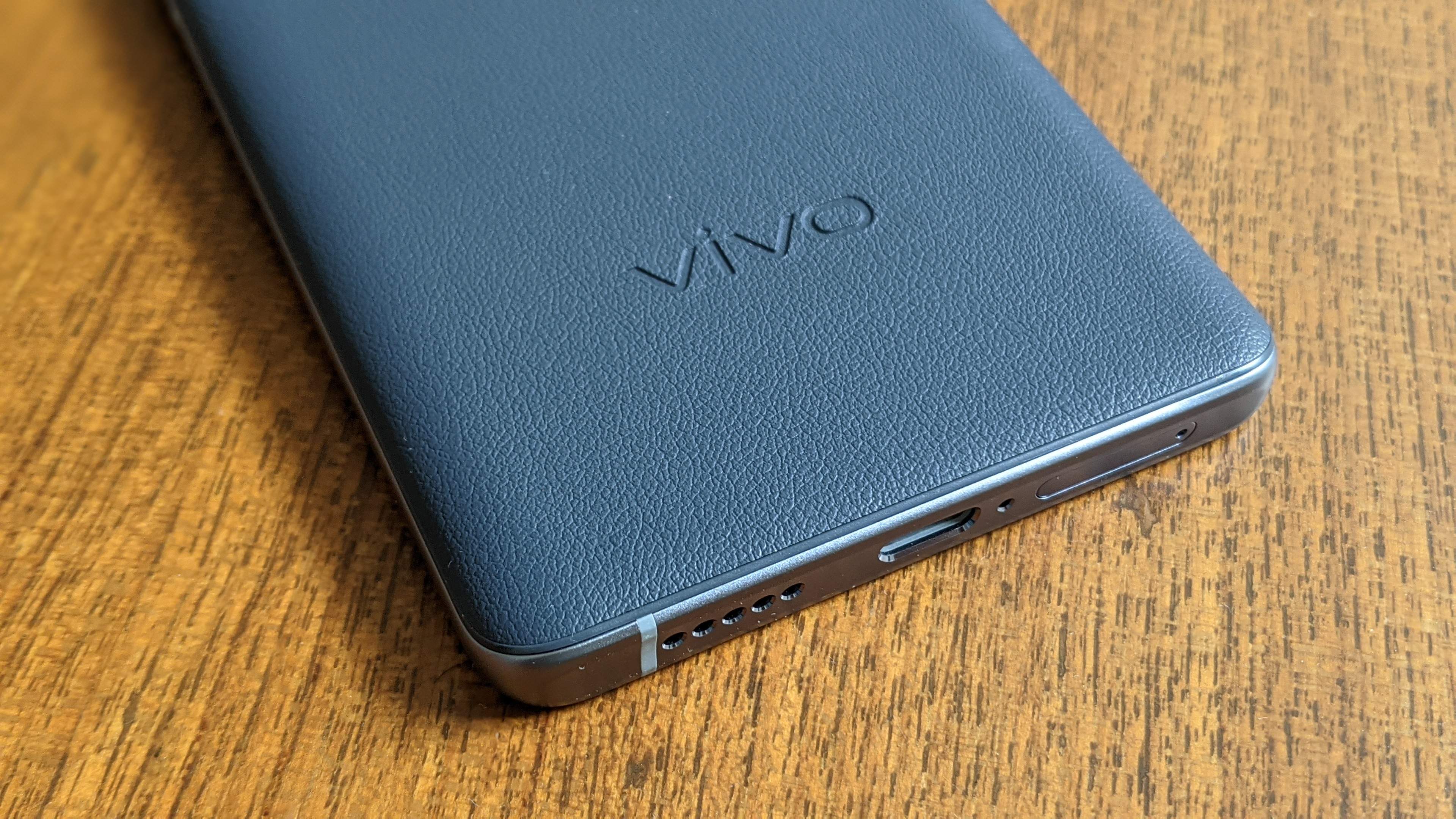 Vivo’s been regularly turning out classy looking phones that stand out in the crowd, but the brand has outdone itself with the X60 Pro+. The blue vegan leather rear serves to distinguish the Pro+ from all the other high-end phones on the market today, and the impact in the hand is far more than the visual. With its relatively compact 158.59×73.35×9.10mm dimensions and sub-200g weight, this is by far the best in-hand feel for a flagship phone in 2021, and the matte coating on the mid-frame only furthers the comfort of gripping and using this phone. Now, much like the Mi 11 Ultra, the phone’s rear panel is dominated by its camera module, but the two-step design looks slick even if the off-center placement leaves the phone a bit wobbly on a flat surface. The phone’s textured power button is a nice touch, so you can tell it apart from the volume buttons in your pocket. Yet, the X60 Pro+ is let down by a couple of key compromises - the lack of IP rating for dust and water protection, and wireless charging support – both of which are table stakes in this segment. It’s in this aspect where phones like the OnePlus 9 Pro and the Samsung S21+ pull ahead. 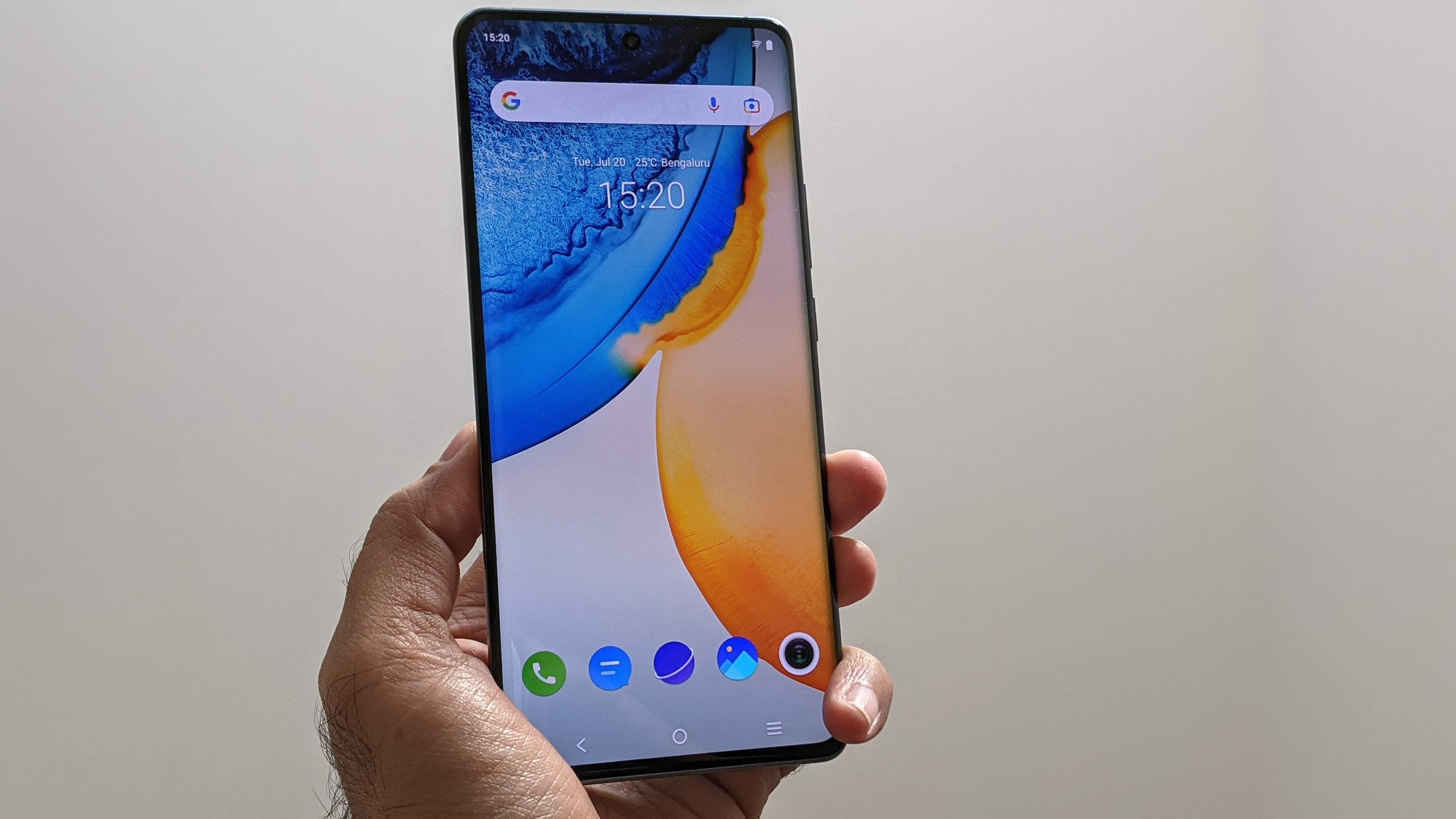 Part of what makes the X60 Pro+ sit so well in the hand is Vivo’s choice of a smaller-by-comparison 6.56-inch full-HD+ panel with a 120Hz refresh rate. Granted, the display could have been upped to support a quad HD+ resolution, but in use, the panel is plenty sharp and gets really bright indoors and outdoors. You can set up the panel to run at 60Hz or 120Hz, or smart switch between the two to optimize for battery life, but there’s no 90Hz or LTPO display with variable refresh rate on offer here. The single speaker setup is plenty loud, but a stereo setup would have rounded out the package nicely. The X60 Pro+ hangs with the best when it comes to performance, with top-shelf hardware by way of the Qualcomm Snapdragon 888 chipset, 12GB of LPDDR5 RAM, and 256GB of speedy UFS 3.1 storage. Benchmark scores put this phone right alongside the OnePlus 9/9Pro, and the phone handles heat dissipation across the metal frame remarkably well, so much so that there’s barely an instance (even after a sustained 45-minute COD Mobile session) that the phone throttles performance. Apps load quickly, multitasking is expectedly good (with virtual RAM backing up the ample 12GB of memory) and one barely gets the chance to push this chip in daily usage. The 4200mAh battery yielded between five and a half and six hours of screen-on time with smart switch enabled for screen refresh rate, and there’s 55W wired charging to tank up in a little over 45 minutes. The lack of wireless charging, though…And while Funtouch OS is polished and refined in everyday use (far from its iOS-clone beginnings), it still ships with an unreasonable amount of bloatware. Shipping a premium flagship experience includes dialing back the money grab tie-ups, but that’s not the case on the X60 Pro+, at least not out of the box. 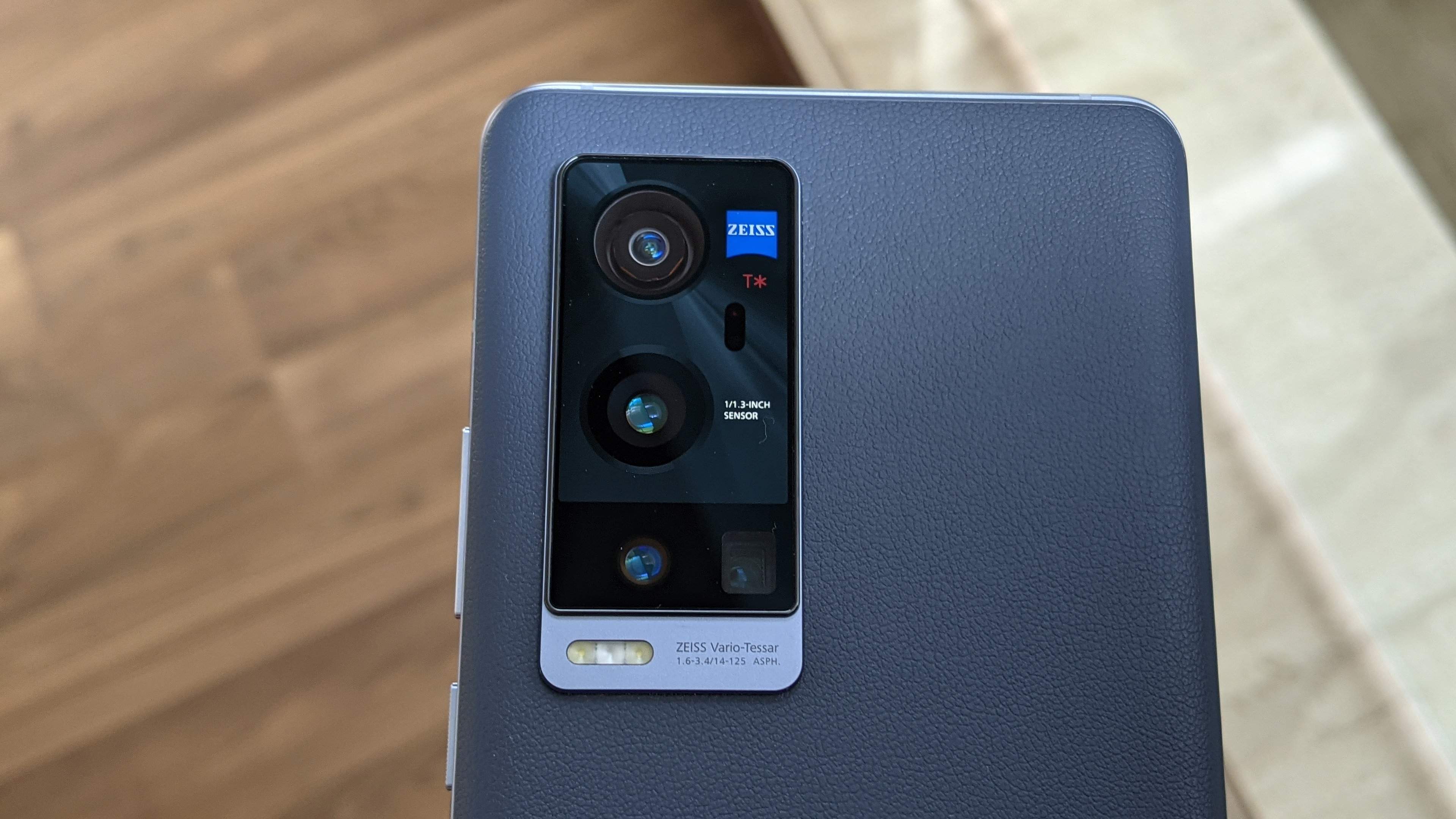 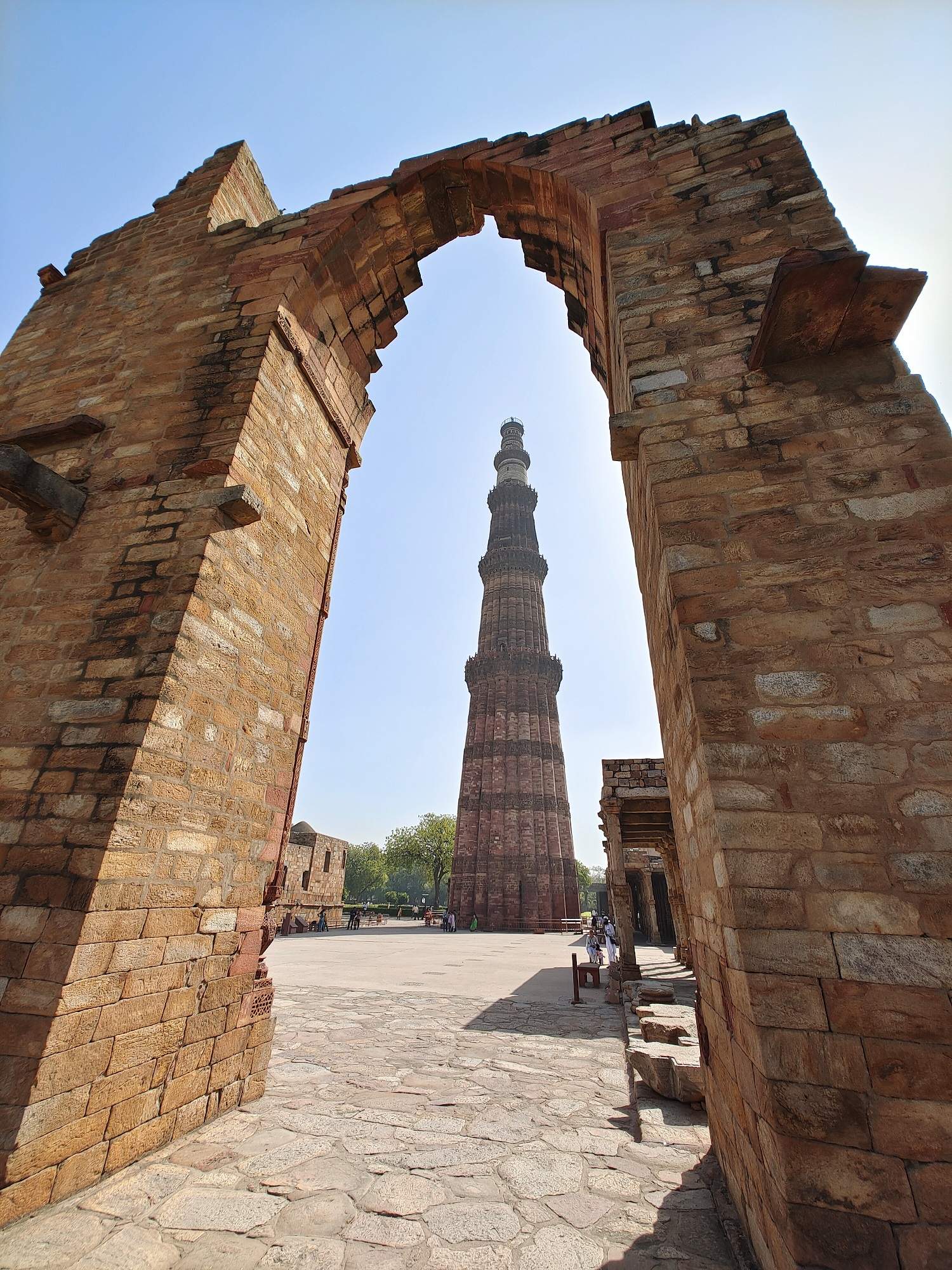 Last year’s X50 Pro had me going ‘Gimbly Amazing!’ for the phone’s camera setup, and the X60 Pro+ amps the X60 Pro up a notch, with a 50MP Samsung GN1 sensor with OIS, along with a 32MP 2x telephoto portrait lens, a 48MP IMX589 ultrawide angle with micro-gimbal camera, and an 8MP 5X periscope zoom camera (plus a 32MP selfie shooter). The primary shooter takes excellent images rich with detail and slightly oversaturated colors, with optical image stabilization taking blur-free images at night. The 48MP ultrawide takes gorgeous images with the same color science and dynamic range of the primary camera, albeit with details that are soft around the edges. The ultrawide gets the gimbal stabilization in the Pro+ (as compared to the primary shooter on the Pro), and that helps narrow the gap between the main shooter and the ultra-wide when it comes to low-light shots. There’s autofocus which allows the ultrawide to serve as a macro shooter as well - this is a supremely usable set of primary and ultrawide shooters. 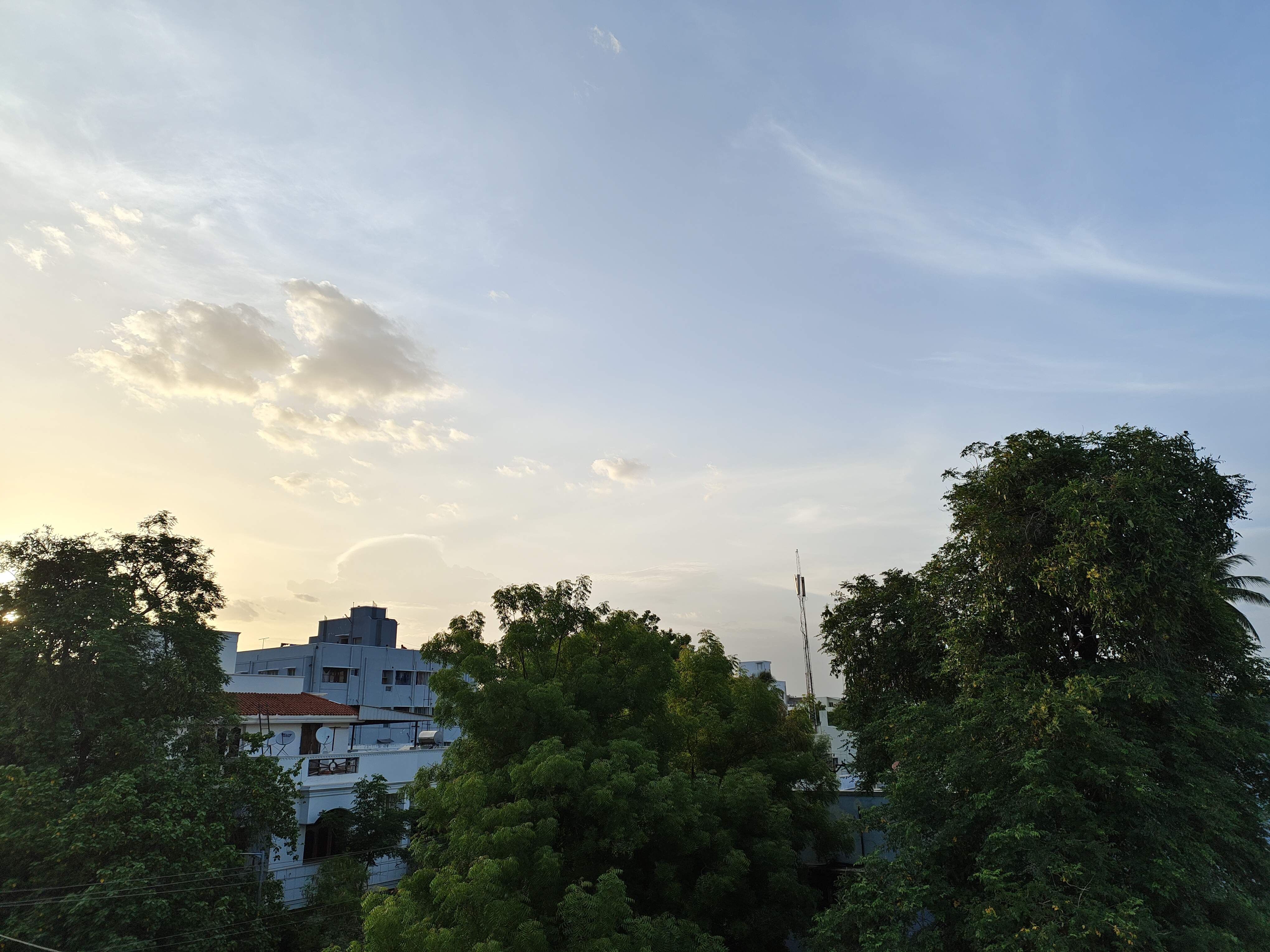 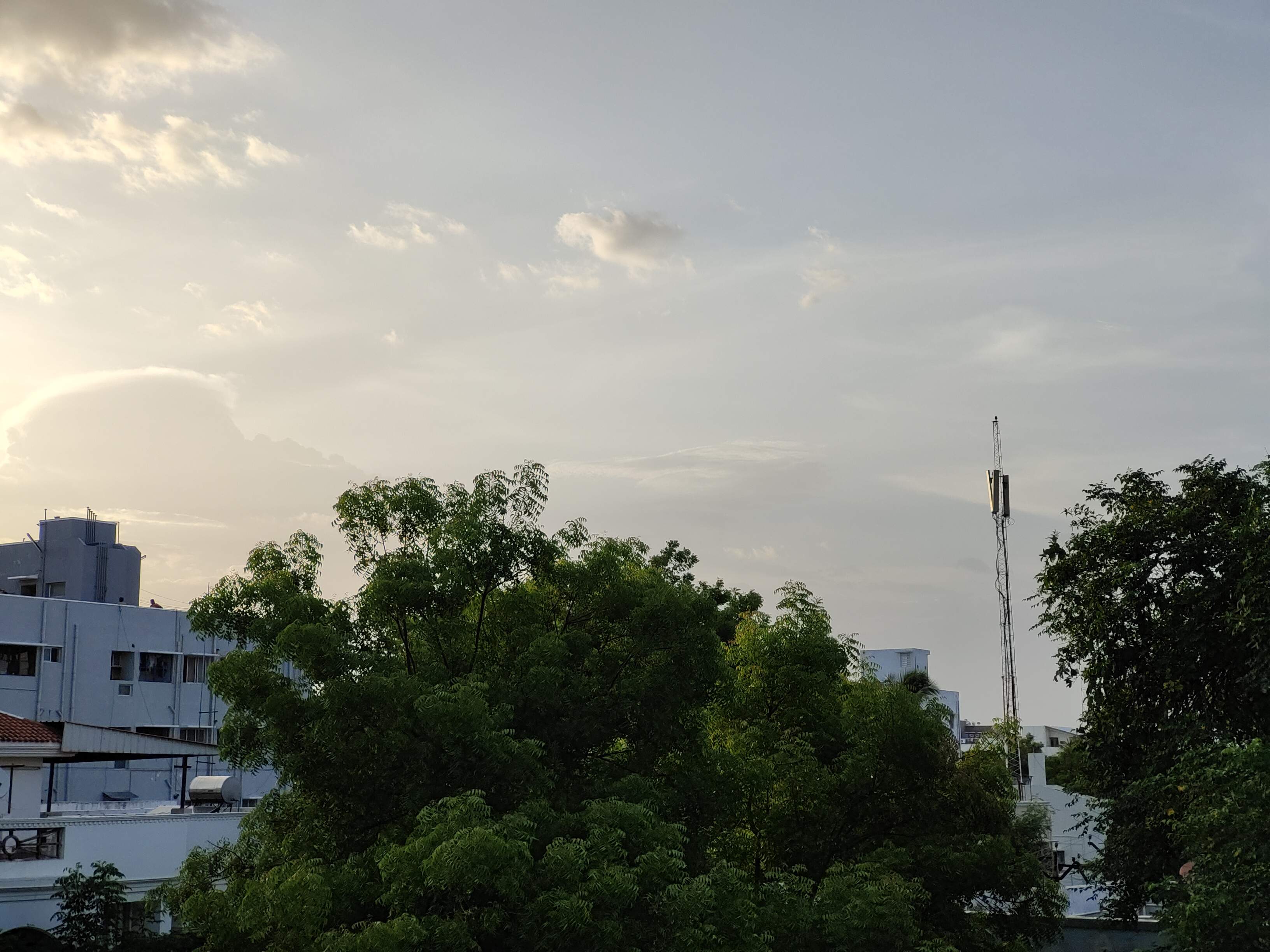 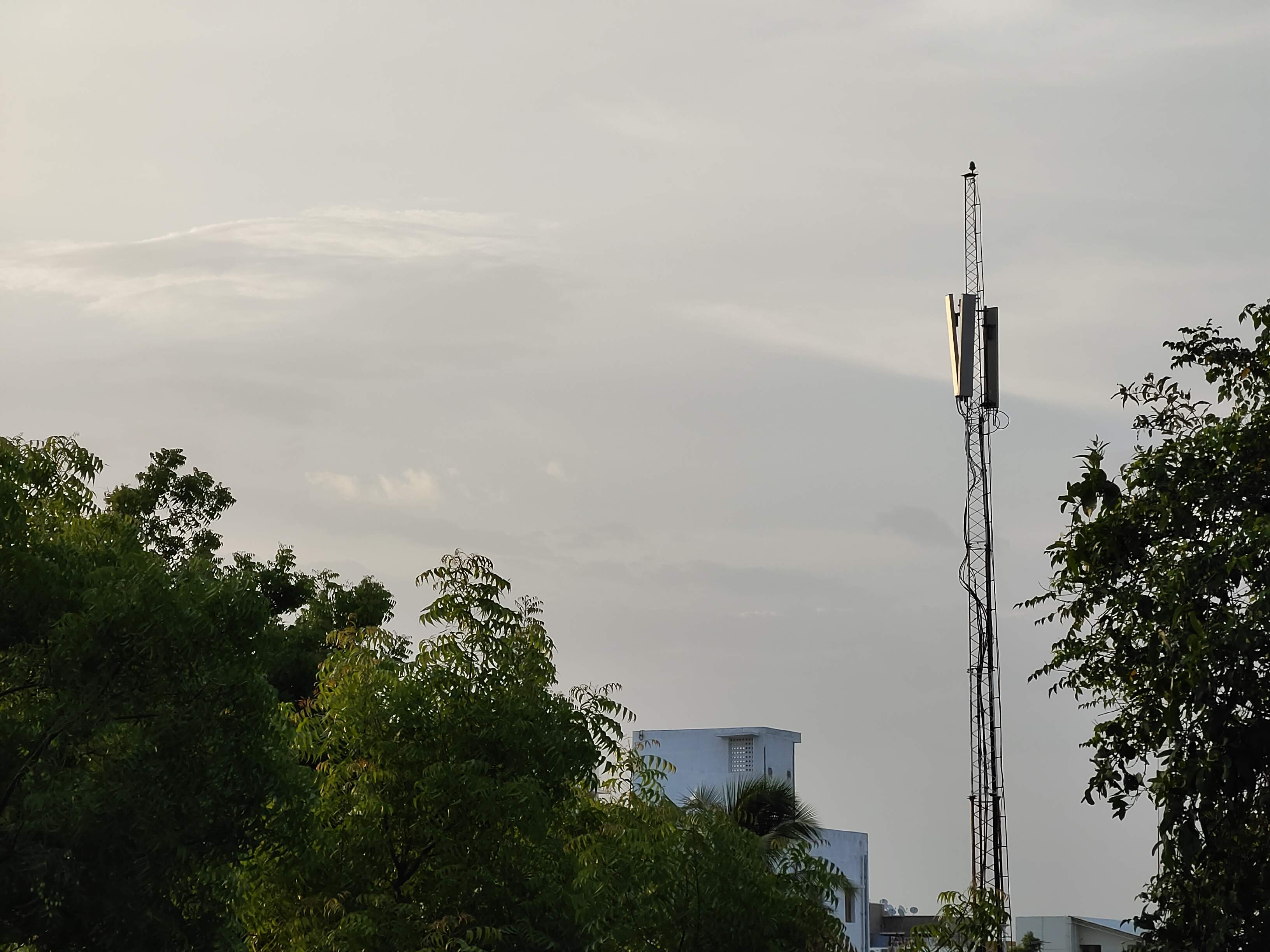 As for the telephoto cameras, the portrait camera produces good results and excellent portrait shots, seeing that it is near that 50mm mark that works so well for person photography. For further reach, you’re going to have to switch over to the 5X zoom camera, for results that were a shade below the Samsung S21 Ultra and the Mi 11 Ultra, especially when you start pushing beyond the 20X zoom level. Video capabilities are extensive, with 8K/30fps, 4K/60fps, 720p/480fps and 1080p/240fps slow-motion, and the phone uses standard or “ultra-stable” stabilization (using the micro-gimbal on the ultrawide), with the latter limited to 1080p/60fps. Let’s put things in perspective. The X60 Pro+ only somewhat justifies the premium you have to pay over the X60 Pro, and while the performance and camera upgrades are worthwhile, the fact that the Pro+ lacks the IP rating, wireless charging and stereo speakers puts it at a disadvantage against similarly priced peers. Is it a better phone than the OnePlus 9 Pro and the Mi11 Ultra? Maybe in terms of pure performance and sheer versatility of the camera setup, including the class-leading stabilization system, and that exceptional in-hand feel. In the end, it feels like a bunch of steps in the right direction, but a few steps short of greatness.