It’s called a moonshot for a reason. The origins of the term date back prior to the Apollo 11 mission where it finally entered the popular lexicon, to describe an “ambitious and ground-breaking project undertaken without any expectation of near-term profitability or benefit and also, perhaps, without a full investigation of potential risks and benefits”. With its partnership with legendary medium format camera maker Hasselblad coupled with its commitment to spend $150 million on camera development over the next 3 years, the OnePlus 9 series is OnePlus’ moonshot project to improve upon its phone cameras which have, so far, ranged from particularly middling to how I described the OnePlus 8 Pro’s camera setup – “perfectly serviceable, one that is somewhat bested in detail and raw capabilities by the competition”. Does the partnership yield tangible results that go up against the likes of Apple and Samsung, or is it mere marketing hype? Is the OnePlus 9 Pro worth the extra bucks OnePlus is charging for it? Bottomline, does it earn its stripes as a true-blue premium flagship? We’re here to answer all of this, and more. 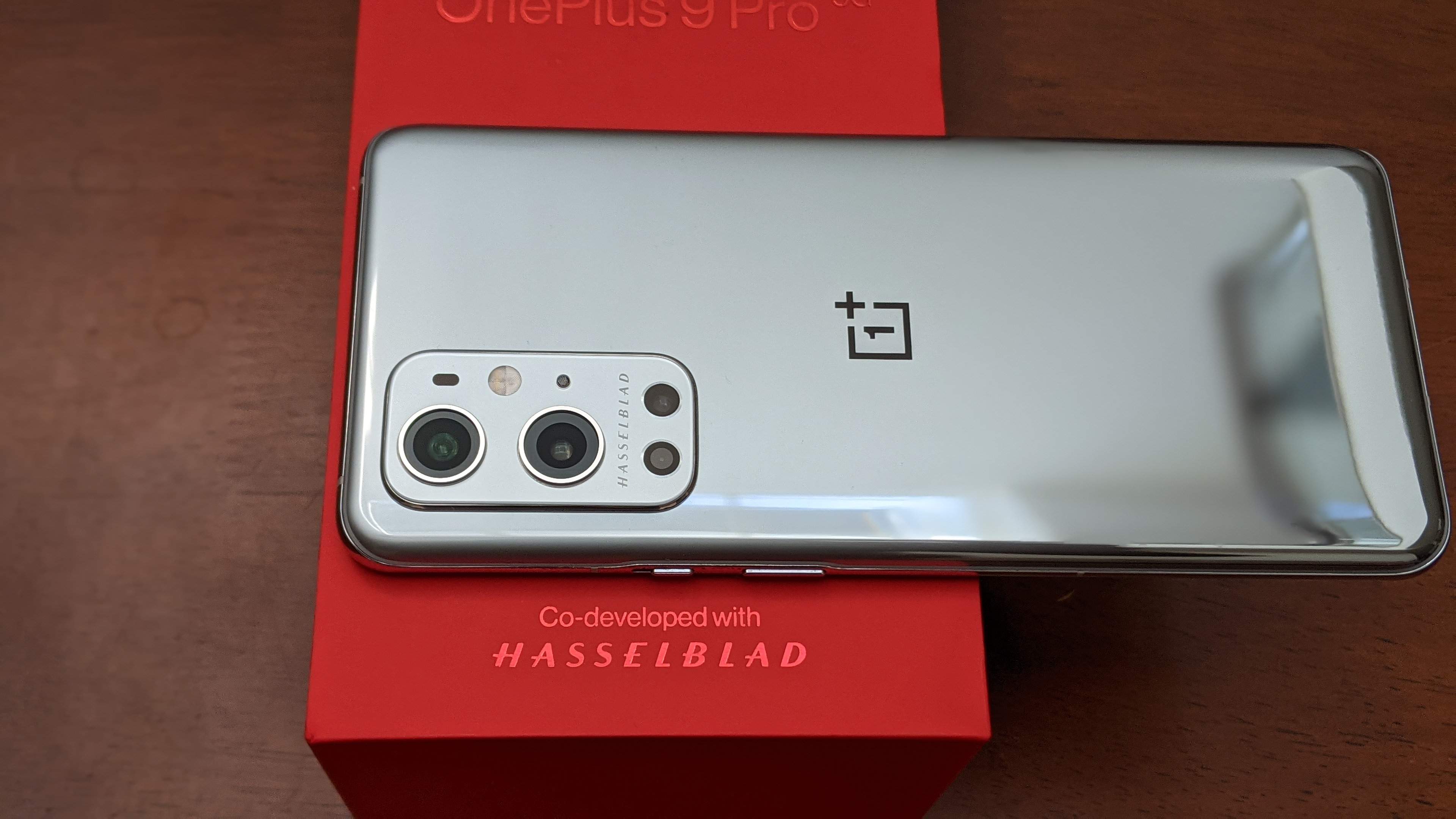 Let’s get right into the meat of the matter – the camera. You get a new 48MP f/1.8 Sony IMX789 sensor with larger 1.12-micron pixels and optical image stabilization, along with a 50MP f/2.2 wide-angle lens, an 8MP f/2.4 telephoto lens with 3x optical zoom, a 2MP monochrome sensor and a 16MP fixed-focus selfie-shooter. OnePlus has traditionally lacked in camera tuning chops that hold its competent hardware back against the likes of the other flagships, which is where Hasselblad and its expertise in color tuning, lighting and treatment of final images comes in. This is not a mere homage to the iconic camera brand, although there are a few cosmetic touches like the Hasselblad-inspired orange shutter button and shutter sound. The improvements in color science, of how the camera treats and reproduces colors in the final images, are discernible. Colors got really close to being natural and true-to-life across the variety of pictures I took of foliage, flowers and everyday objects, only sometimes playing up the vibrancy to make the shot more pleasing to the observer. 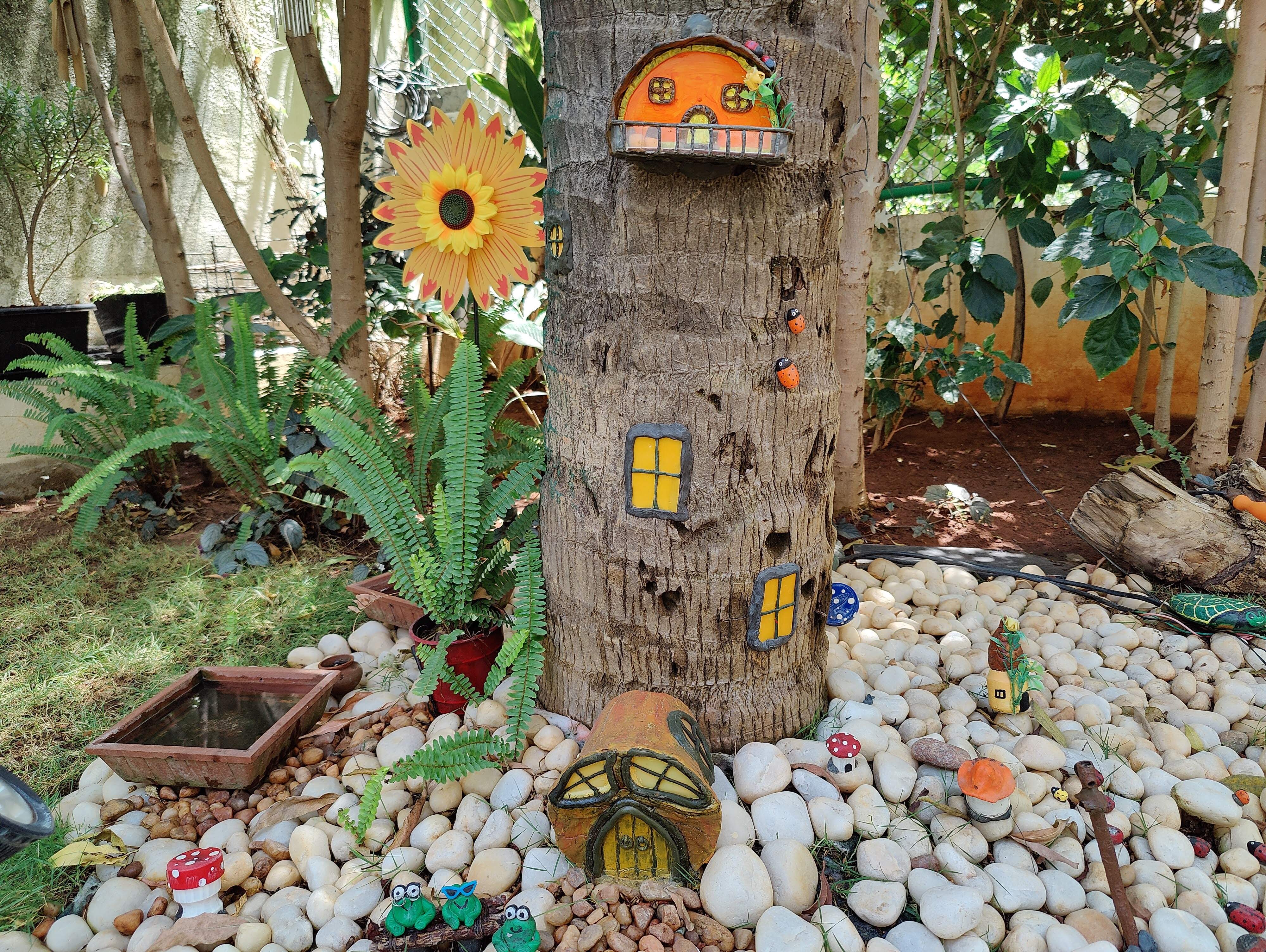 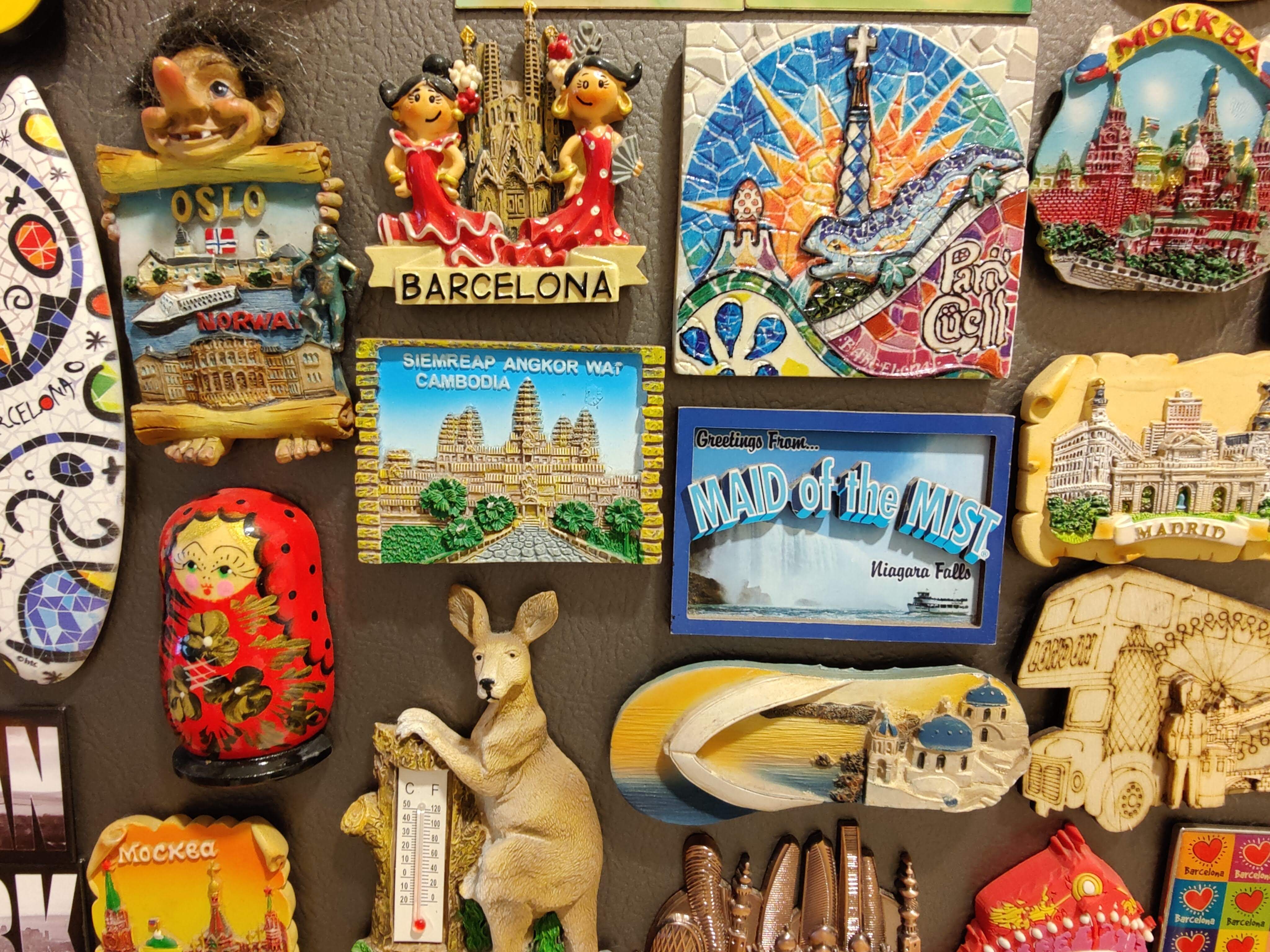 Shooting with the new IMX789 primary sensor was a joy, with sharp details in daylight typical of 12MP pixel binned images one gets to see from 48MP cameras. Though the images are tack sharp, would OnePlus have benefited from an all-out higher-resolution sensor? Absolutely. Dynamic range was good for the most part, but it did tend to overexpose brightly light shots, leading to noise in darker areas of the image and a drop in details. 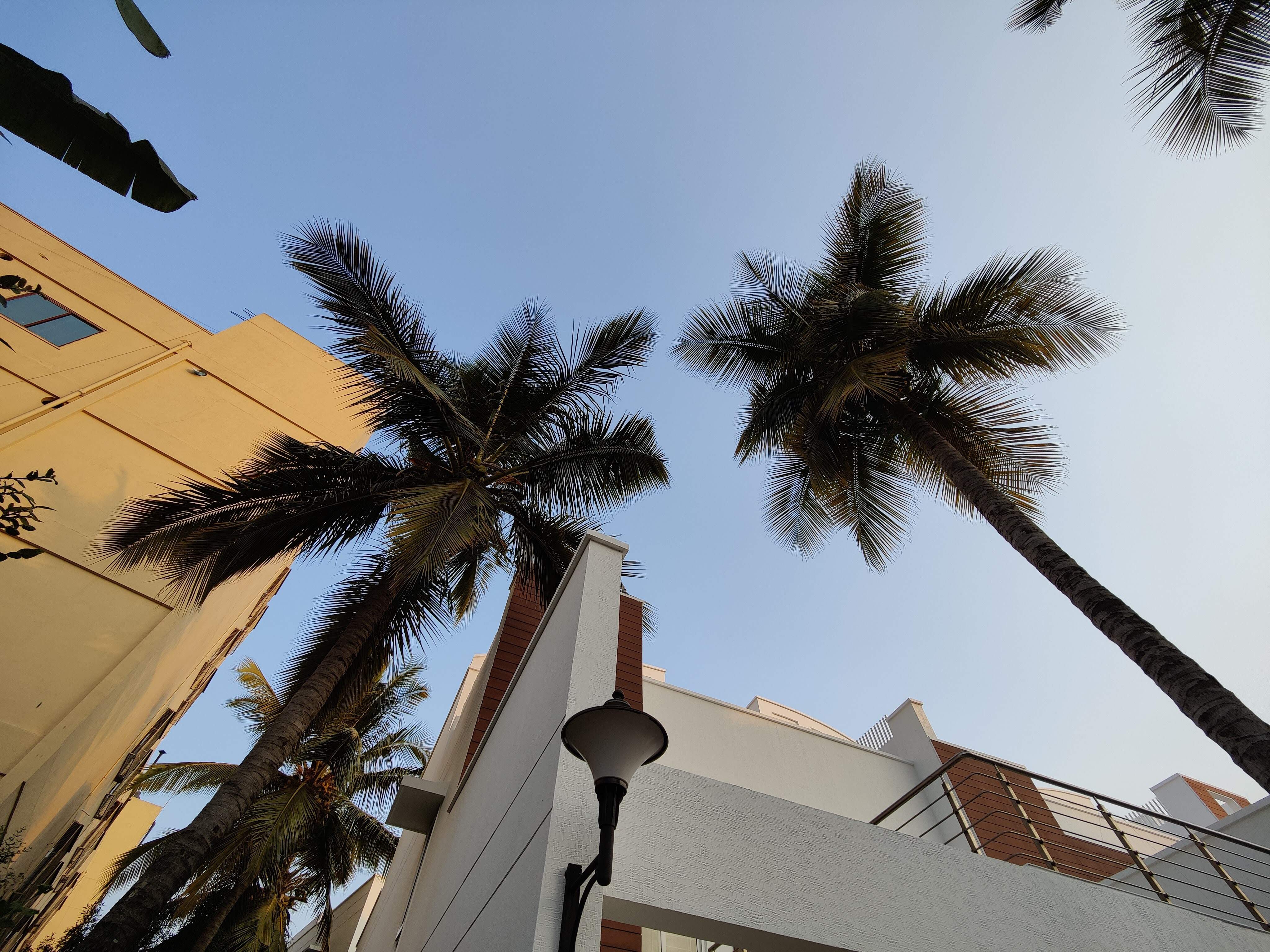 The real revelation was the 50MP ultra-wide-angle camera, which not only matches the color science consistency of the primary camera, but actually uses its new freeform lens to remove distortion along the edges of the image, so you continue get straight lines in ultra-wide shots even around the edges (no bending). One thing is clear - this is my new favorite ultra-wide shooter. 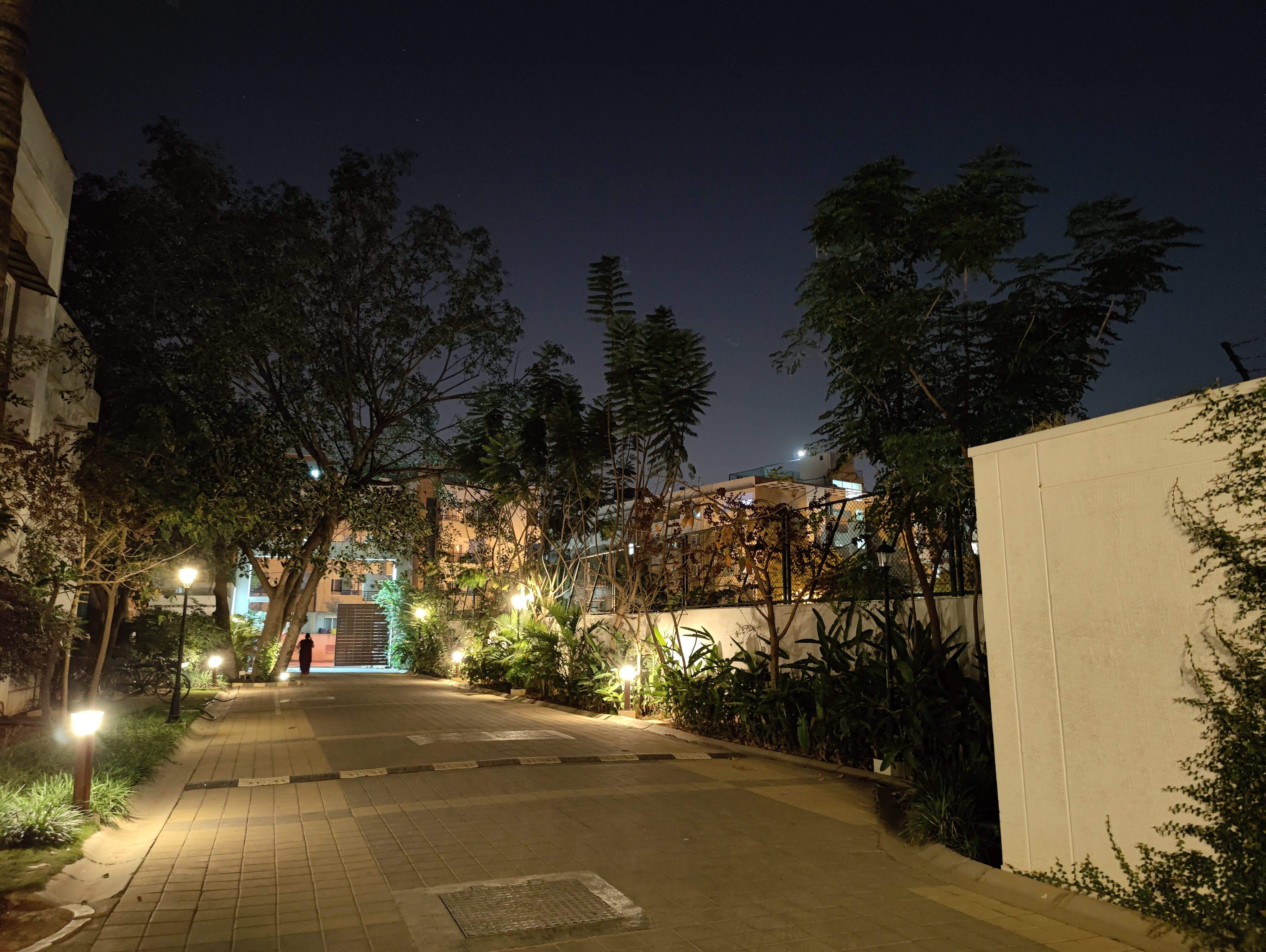 Low light is where the 9 Pro camera finds its feet, with the regular and ultra-wide turning out some of the best low-light performance on the market – good detail, good color performance and restrained noise – without even having to turn on the Nightscape mode. Unless the circumstances get very dark, you can manage without it – Nightscape bumps up the exposure levels, dynamic range and colors to turn out impressively detailed images across both shooters. By now, I’m willing to go out on a limb and say this about the 9 Pro’s camera – something I’ve hesitated to say about OnePlus cameras so far – I can trust this camera enough to be my daily driver…almost. 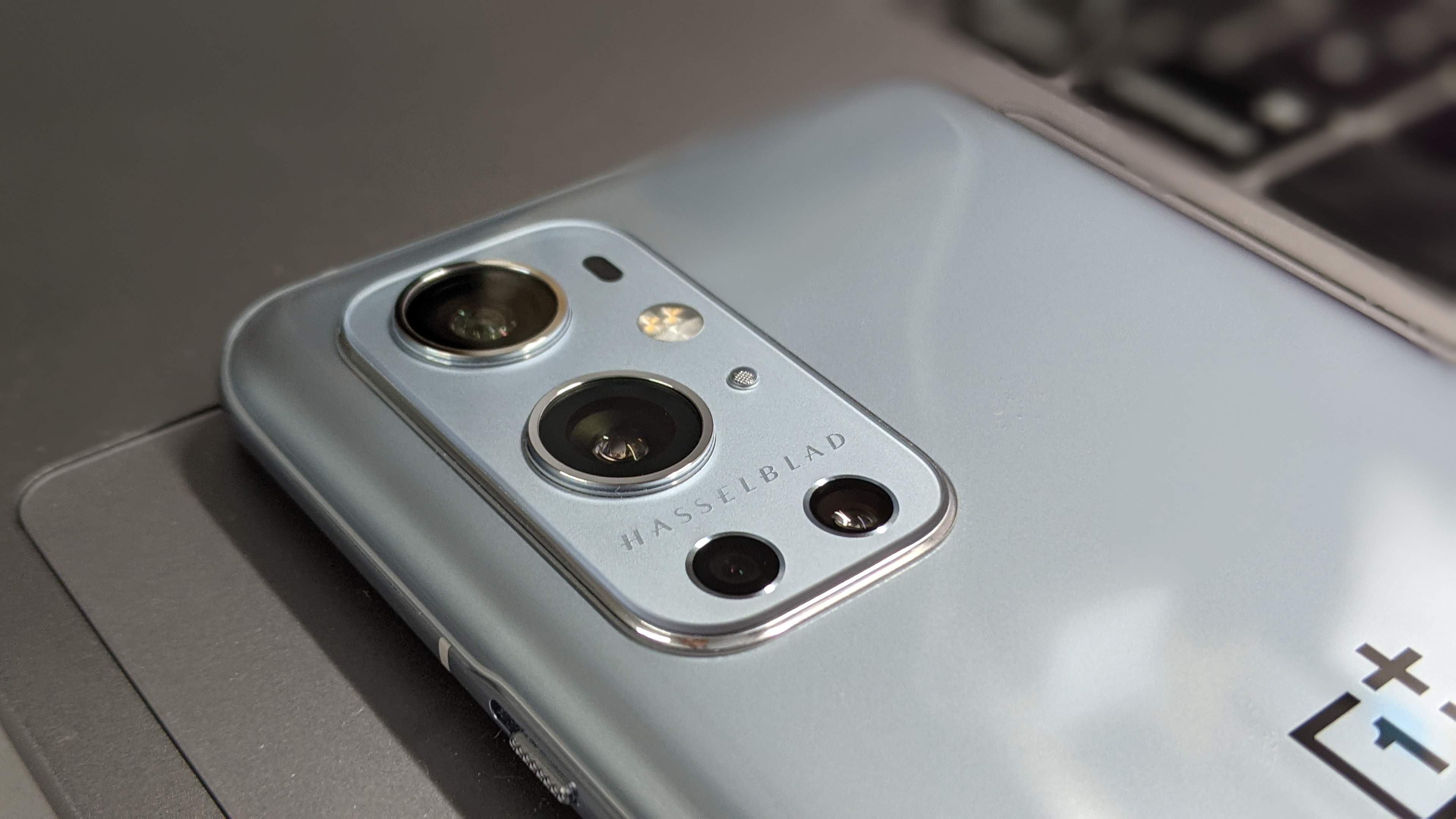 Yeah, about that ‘almost’ caveat. The telephoto is oftentimes slow to focus and just isnt as confident a shooter as the other two cameras, the selfie camera is certainly not flagship grade in terms of output and the monochrome sensor is merely included to pad up the quad-camera setup. And while you can shoot 4K 120fps/8K 30fps videos now (overkill) or a more regular 4K 60fps, both of which are crisp and clean, I’m still on the iPhone/Samsung camp when it comes to videos. No 4K recording from the selfie camera either, which feels a little dated. 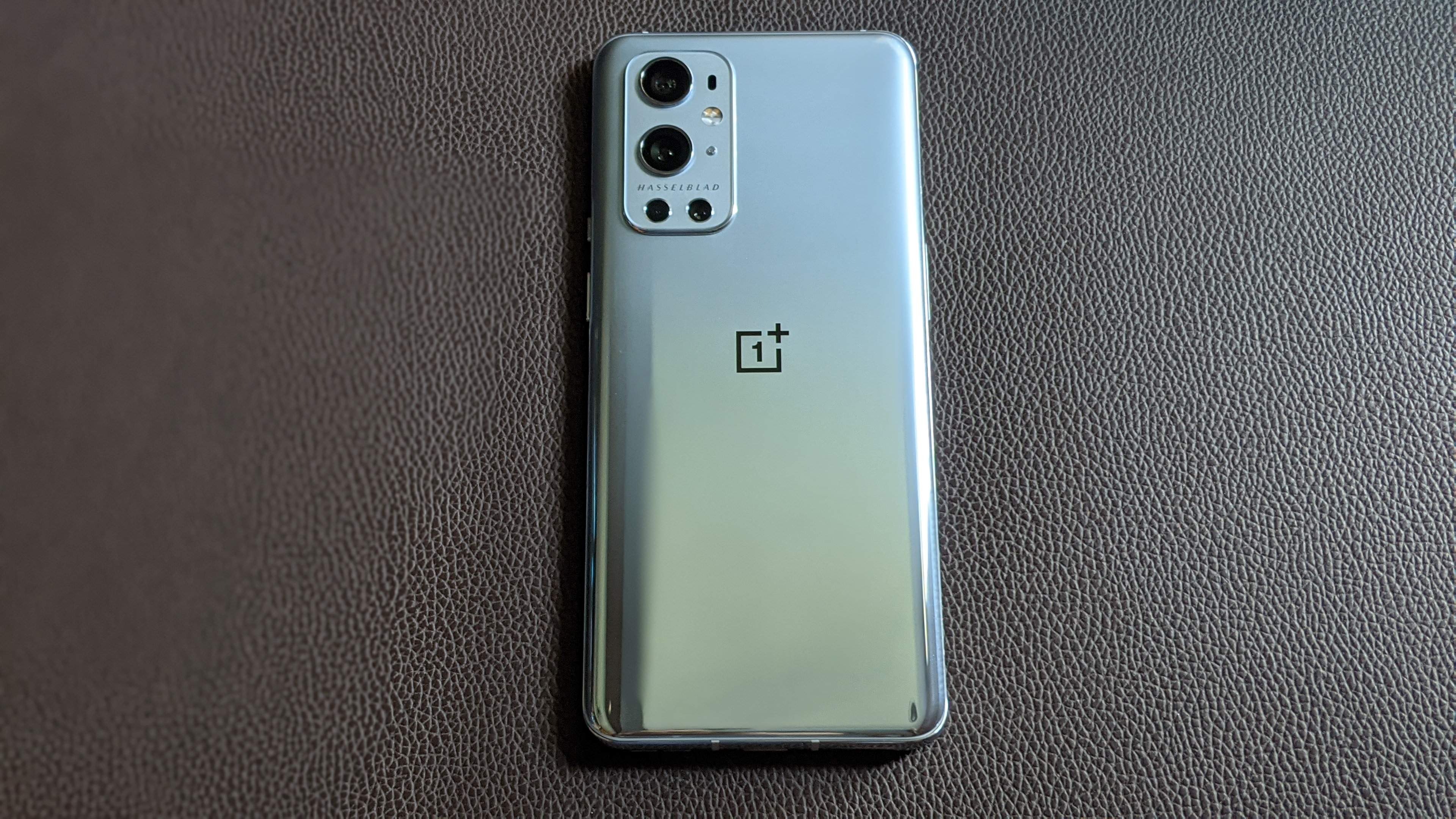 Design wise, the OnePlus 9 Pro looks like a lot of phones out there right now, which means that the glass-and-metal slab design, curved screen edges and all, doesn’t really stand out in the crowd. The camera bump is pronounced, with an almost-iPhone12 look to it with the two large, stacked lenses, and the chrome rings around the lenses and the Hasselblad logo give it a distinctively retro look. The Morning Mist variant we have on review here is almost as if you forged a mirror onto the rear panel, and the glossy gradient that goes from silver to completely reflective is equal parts attention-grabbing and a huge fingerprint magnet (the Pine Green and Stellar Black variants have a matte finish). The in-hand feel is great, and as always, the alert slider continues to be a handy inclusion. Up front, the OnePlus 9 Pro has a 6.7-inch, quad HD+ AMOLED display which uses LTPO (low-temperature polycrystalline oxide) tech to dynamically switch up or down the display from 1Hz to 120Hz depending on the content you’re viewing. For instance, it’ll dial down the refresh rate to 1Hz if you’re just looking at a photo and quickly ratchet it up to 120Hz if you’re playing a game that supports it. It’s similar to what we’ve seen previously on the Note 20 Ultra/S21 Ultra and the Apple Watch. If you’re playing one of the games that support it, there’s a new feature called Hyper Touch that improves touchscreen response to a whopping 360Hz to decrease input lag and significantly improve the in-game response times. The display itself is among the best you’ll see on a phone today, with great contrast and peak brightness levels. Great for media consumption in HDR too, coupled with the stereo speaker setup. The in-screen fingerprint scanner has moved lower down in the display and is still perfectly serviceable. Haptics are still very good, though one has to admit the bar has been raised super high with the S21 Ultra this year. 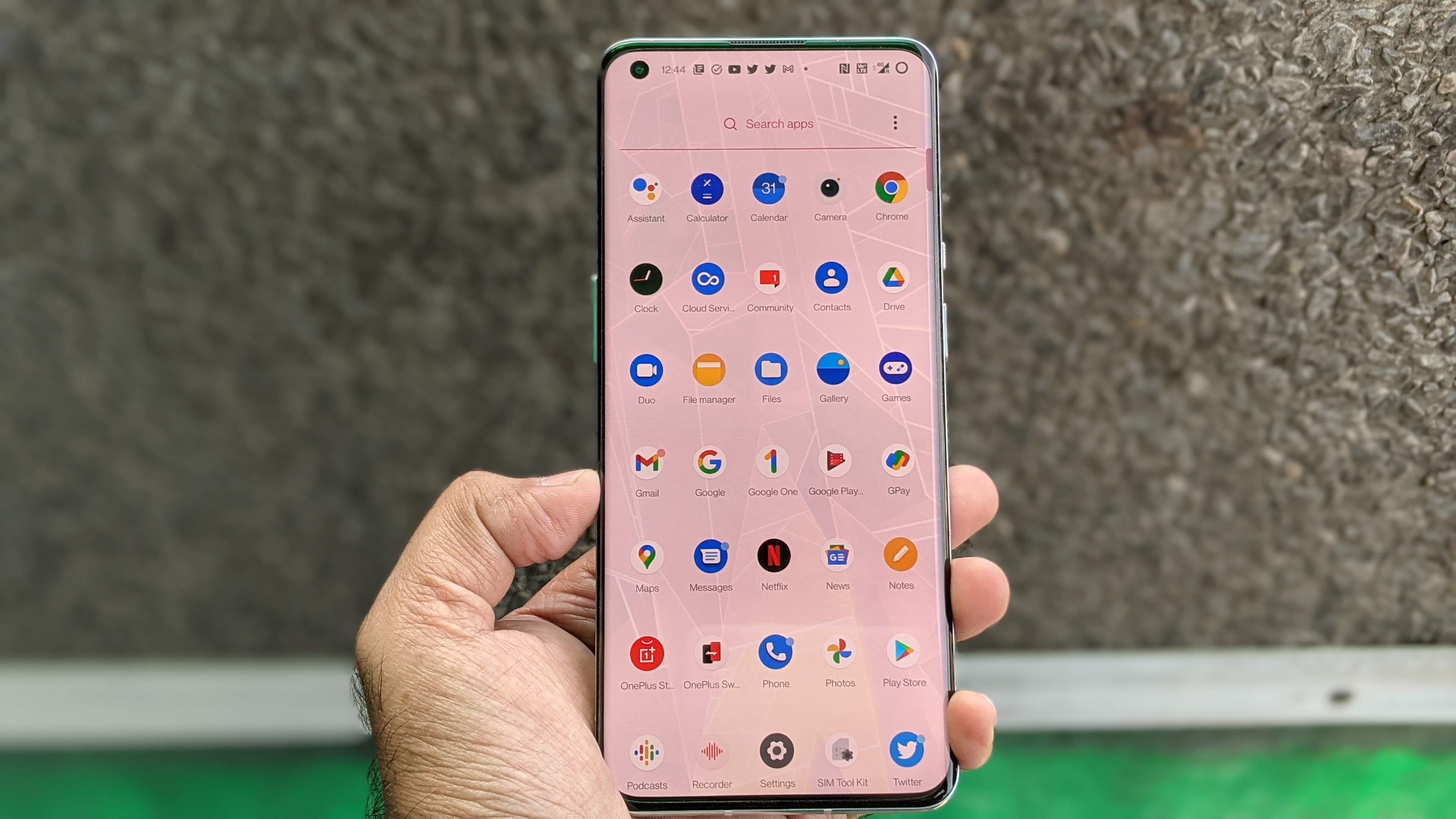 With OnePlus’ penchant for packing its flagship with the latest silicon from Qualcomm, it’s no surprise that the OnePlus 9 Pro is powered by the Snapdragon 888 chip, 8 or 12GB of LPDDR5 RAM and 128 or 256GB of UFS 3.1 storage. The gains from the new Adreno 660 graphics may not be as tangible if you’re coming off a flagship phone from last year, but it’s safe to say this phone will be a beast to use for everything from your daily stuff to playing the best Android games…not just today, but for some years to come. OnePlus has touted improvements to thermal performance, including measures to dissipate the heat away from the frame, but even so, the Snapdragon 888 runs into ‘warm territory’ when pushed. Oxygen OS 11.2, based on Android 11, remains one of the cleanest and most bloatware-free software experiences on the Android side of things but with the massive strides Samsung has made with OneUI and its three years of software updates (most of which are arriving right on schedule), OnePlus has to stay on the ball in this department as it steps into a price segment where owners could get rather unforgiving of botched or delayed software updates. With the strides in performance on the Snapdragon 888 and the phone’s propensity to occasionally run warm, it’s no surprise that battery life was middling, even with the battery efficiency benefits from the LTPO display. With QHD+/120Hz refresh rate enabled, you’ll get about 5 hours of screen-on time on the 4500mAh battery. This may improve with software updates, but it’s far from ideal at launch. The silver lining is the 65W fast charging delivered with the included charger, which takes the phone from 0 to 100 in 30 minutes flat! You can pick up the Warp Charge 50 Wireless separately for 50W wireless charging, which does the same job in an hour. Fast wireless charging is a big plus, as is a super-fast wired charger included in the box (when most brands are looking to drop charging bricks altogether). 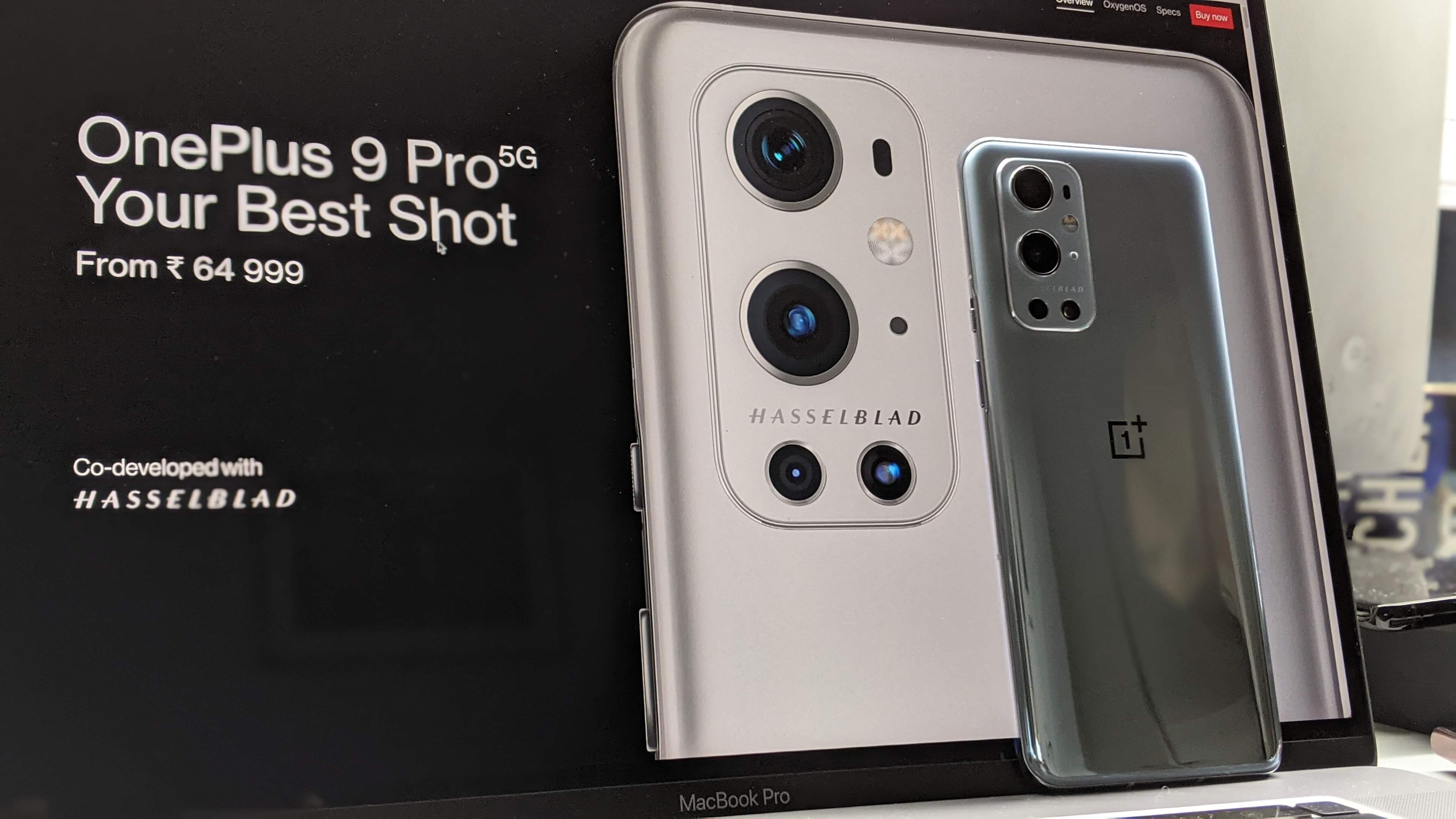 The OnePlus 9 Pro lands in two variants in India - one with 8GB/128GB of RAM/storage (Rs. 64,999) and the other with 12GB/256GB of RAM/storage (Rs. 69,999). The price rise is significant, compared to the Rs. 54,999 launch price of the OnePlus 8 Pro, and while this certainly takes the 9 Pro into “expensive” territory, is it really “overpriced”? I’d wager not – the improvements in camera, fast wireless charging, performance all warrant a price hike of some nature, and if you compare it to the Samsungs and the Apples out there, the OnePlus is still a pretty decent deal for what’s on offer. OnePlus has managed to nail the premium flagship brief, and its lack of any significant flaws alone means that it handily earns a solid recommendation for premium flagship seekers. There’s a lot more of a dilemma when it comes to the regular OnePlus 9, which I will get to in my full review.