Carpet-bombing. Yep, that’s the phrase I often used several years ago to describe how Samsung had peppered the length and breadth of the smartphone landscape with the Galaxy range, and it’s a term I’m forced to revive for Realme. With its portfolio covering pretty much every single price point under Rs. 30,000, the Realme 8 lands amongst a crowd of siblings, including the Realme 7 / 7 Pro and the X7 5G I looked at previously. It’s a slick looker, no doubt, but does it do enough to warrant a purchase? 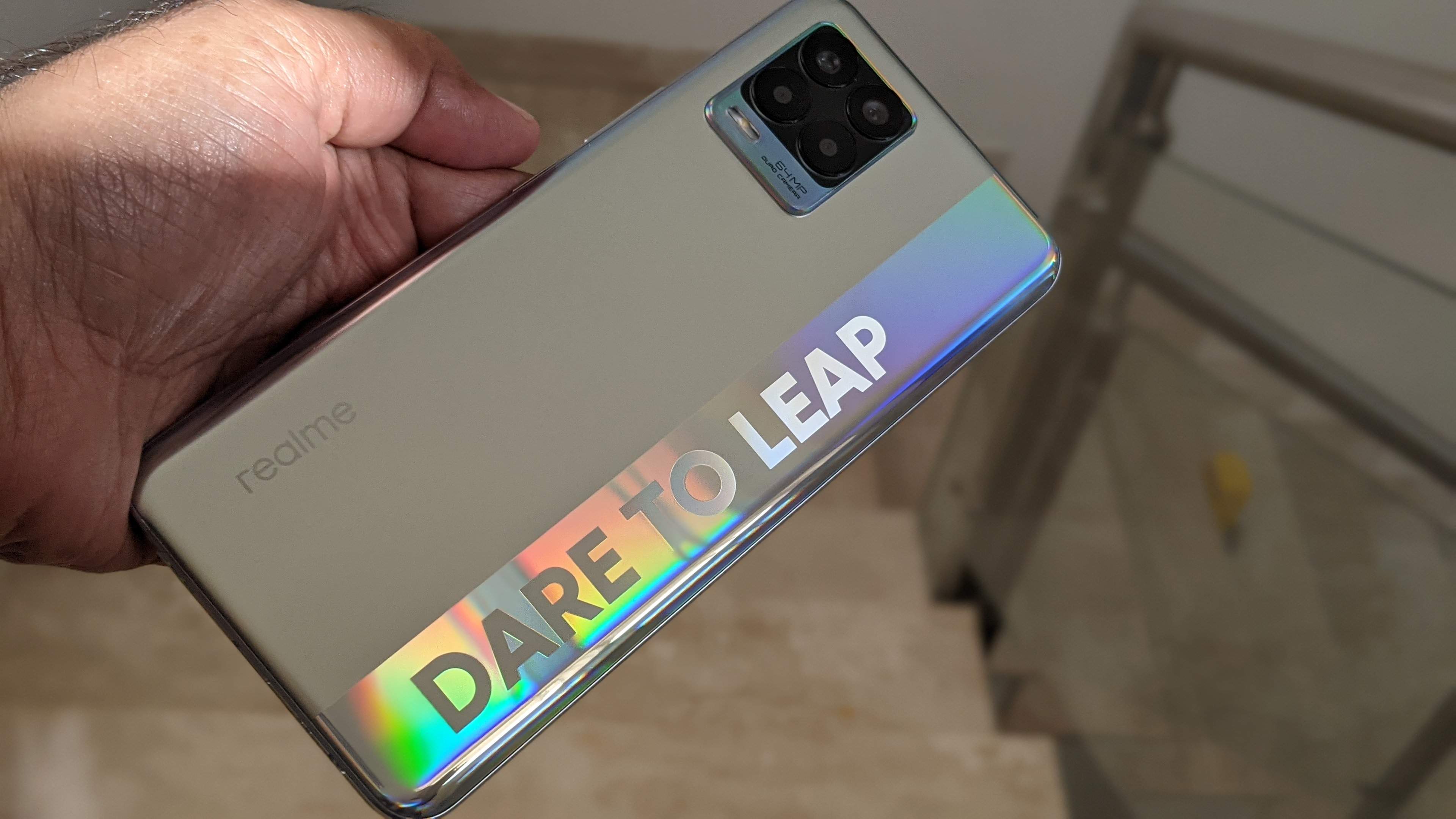 Realme took the most common gripe with the Realme 7 – it’s portly weight – and sent it for a serious nip and tuck with the Realme 8. There’s a renewed focus on aesthetics and ergonomics, and the all-plastic body helps keep the weight and thickness down to 177g and 7.9mm, which gives the phone a comfortable grip in the hand despite the continued presence of a sizeable 5000mAh battery. The plastic back is a step down from other phones with glass backs, and while the dual-tone Cyber Silver variant with its rainbow gradient rear panel is certainly eye-catching, I’m not the biggest fan of the ‘Dare to Leap slogan emblazoned across the rear. The square-shaped camera module adds a pleasant, symmetrical look. 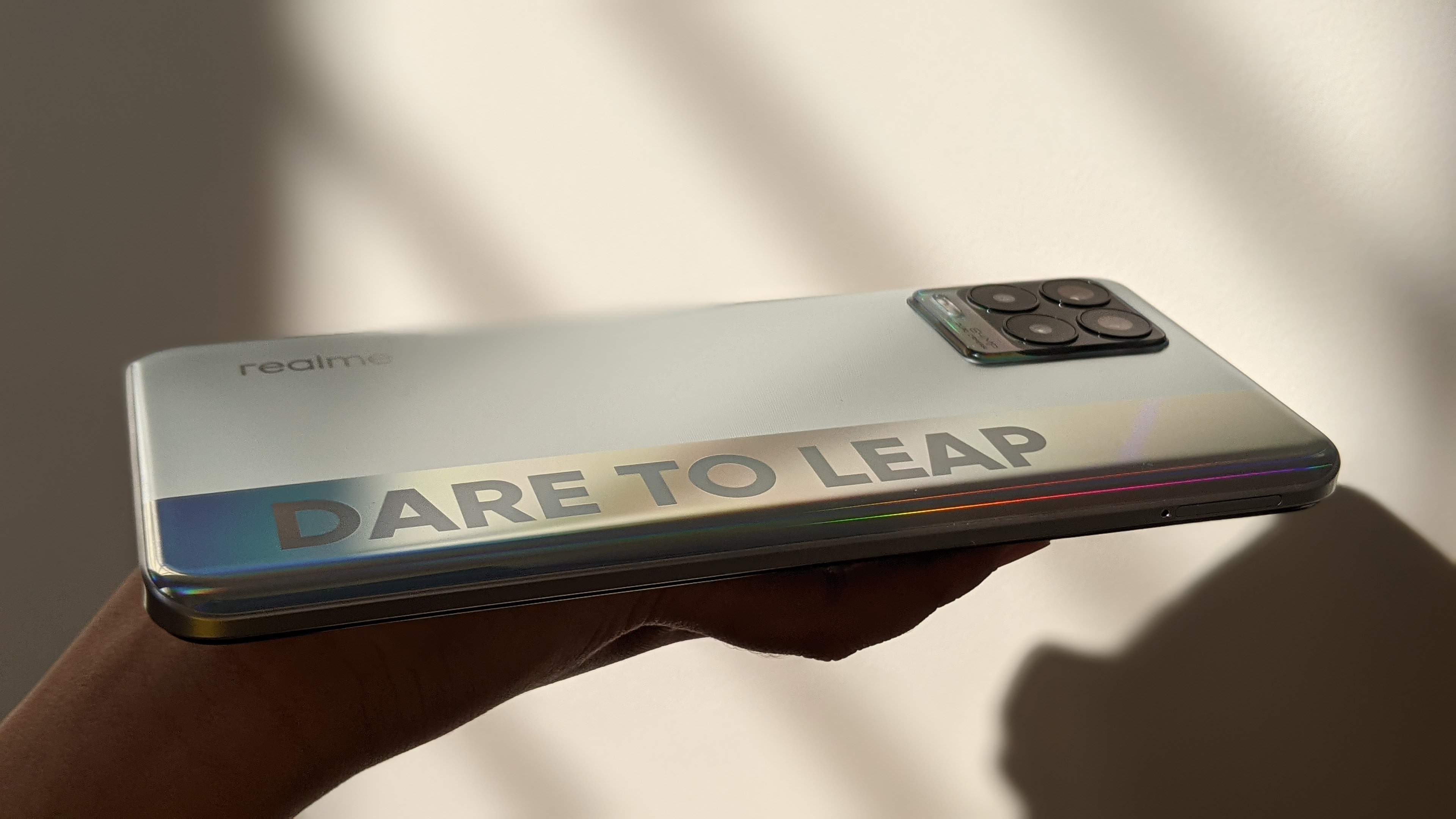 Now since the Realme 8 inherits much of the Realme 7’s internals (more on that later), the big upgrade is on the front, by way of a 6.44-inch Super AMOLED panel with a full-HD+ resolution, rather than the 7’s LCD panel. The switch on a non-Pro model to an AMOLED panel immediately livens up the images, videos, games and any streaming media you consume on the device. The colors are punchy, blacks are inky and 1000nits brightness levels are sufficient for decent outdoor use. The AMOLED panel allows for the Realme 8 to accommodate a snappy in-display fingerprint sensor, but you’ll have to forgo the Realme 7’s faster 90Hz refresh rate display, so there’s a tradeoff. The bottom-firing speaker gets reasonably loud, but the mono speaker’s sound quality left me underwhelmed. 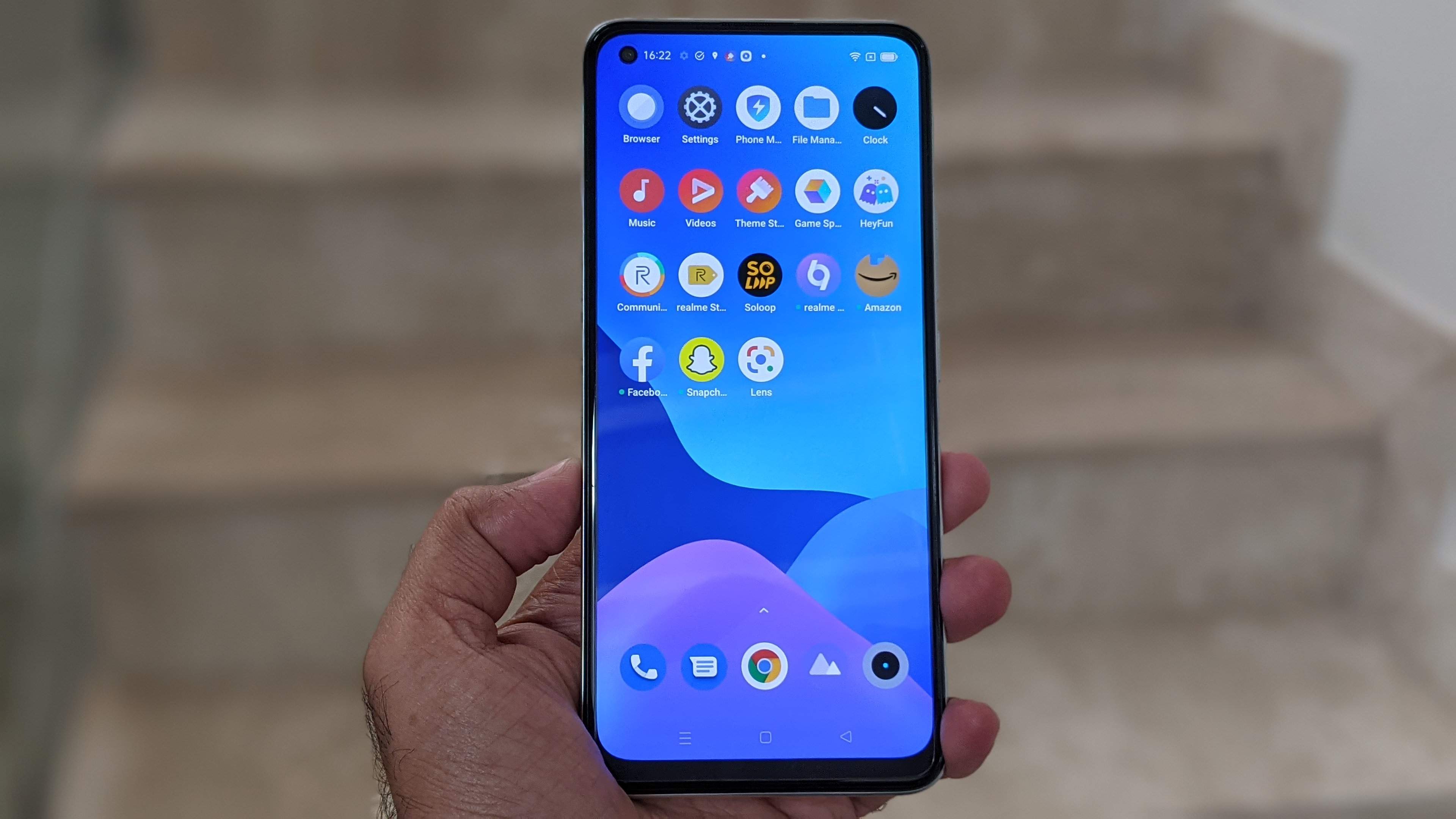 There’s not a lot changed under the hood, with the Realme 8 reusing the MediaTek Helio G95 chip from the Realme 7, and the gaming centric chip continued to show its chops on this generation as well. You can pick one of three RAM variants - 4GB (Rs. 14,999), 6GB (Rs. 15,999) and 8GB (Rs. 16,999) – all having the same 128GB of UFS 2.1 storage. Purely on performance benchmarks, the phone duels it out with the Redmi Note 10 Pro Max but falls a bit short of the X7’s Dimensity 800U chipset. In day-to-day use, the phone everyday apps and games like Call of Duty on high graphics without any noticeable lag. Of course, you miss the fluidity of scrolling on a 90Hz display, but the vivid gaming and multimedia experience almost makes up for it. 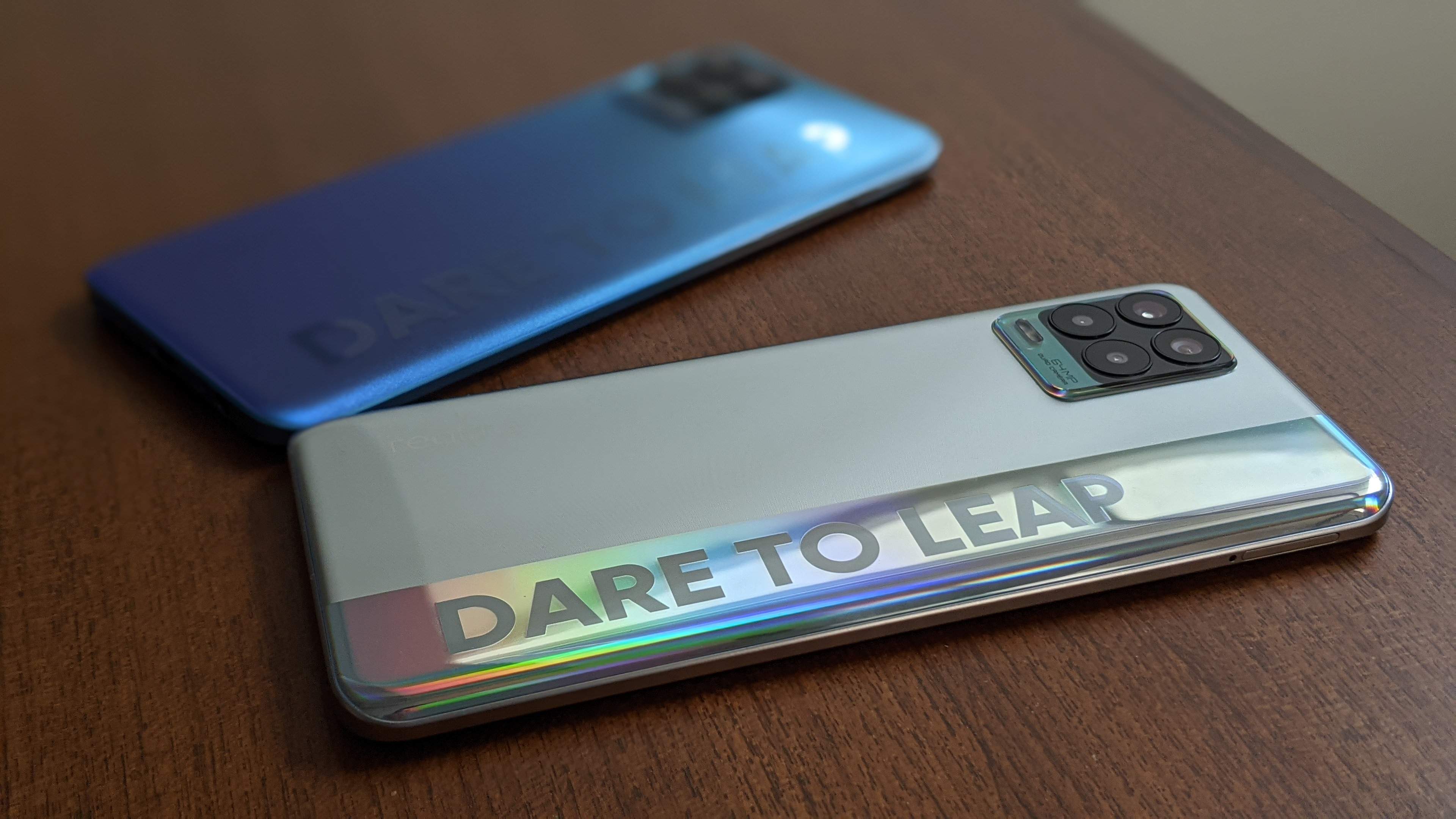 Along with its 8 Pro sibling, the Realme 8 ships with Realme UI 2.0 based on Android 11 out of the box, which features some amount of cleanup in the UI (icons, accent colors) and animations.  There’s still a lot of bloatware pre-installed, some first party and others third party, some which can be uninstalled and others cannot, and of course, some amount of notification spam from first party apps. The 5000Mah battery delivered solid battery life, lasting just past a whole day of heavy use without around 5.5 hours of screen on time. Fast 30W charging is supported, taking the phone from empty to full in under 75 minutes. 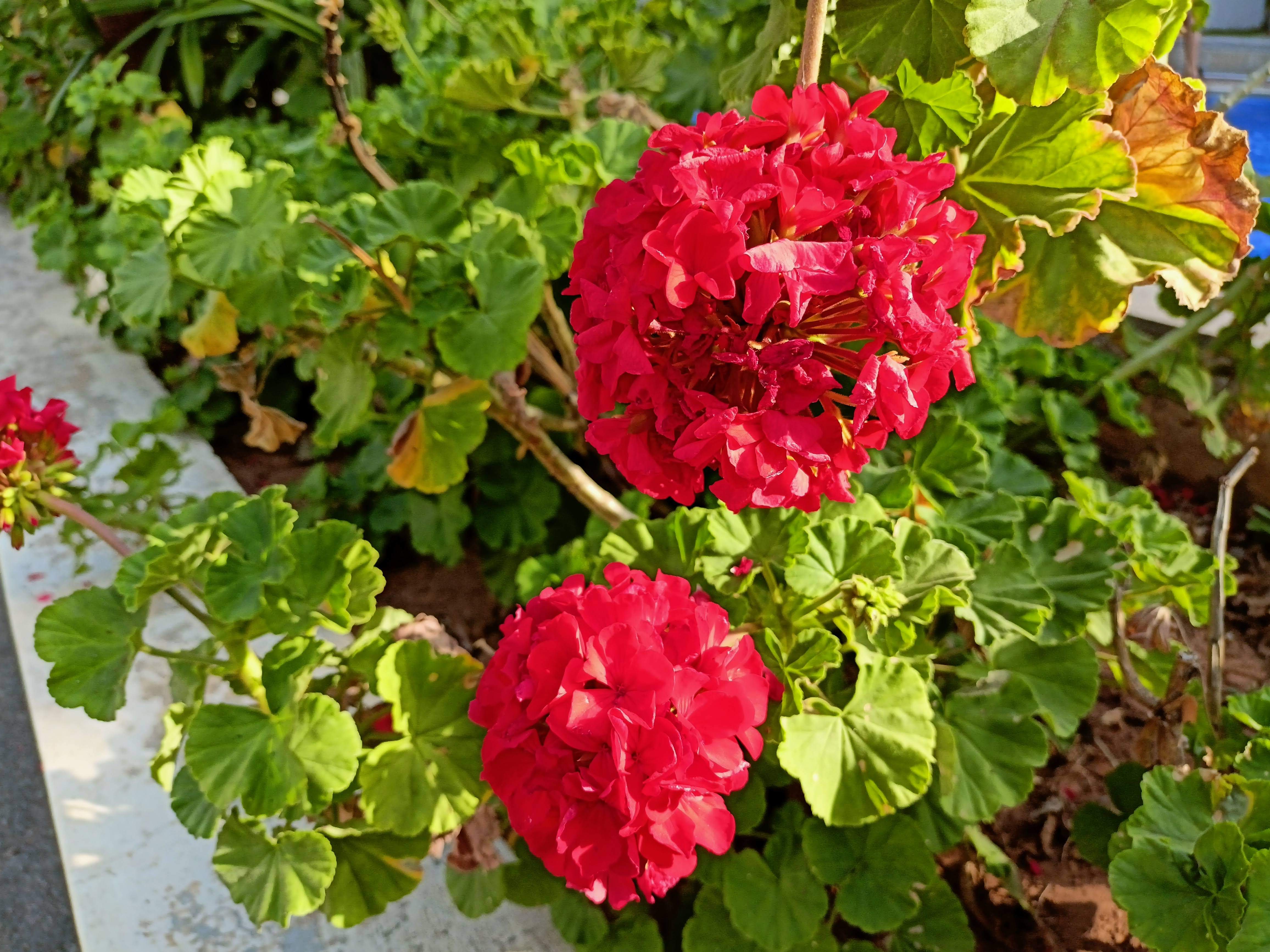 The camera setup is similar to the predecessor, with a 64MP primary camera, an 8MP wide-angle lens, 2MP macro and monochrome cameras and a 16MP selfie shooter housed in the punch hole cutout. The primary camera is a capable shooter, shooting bright and detailed photos with the Chroma Boost adding a bit of punchiness to the otherwise balanced colors. 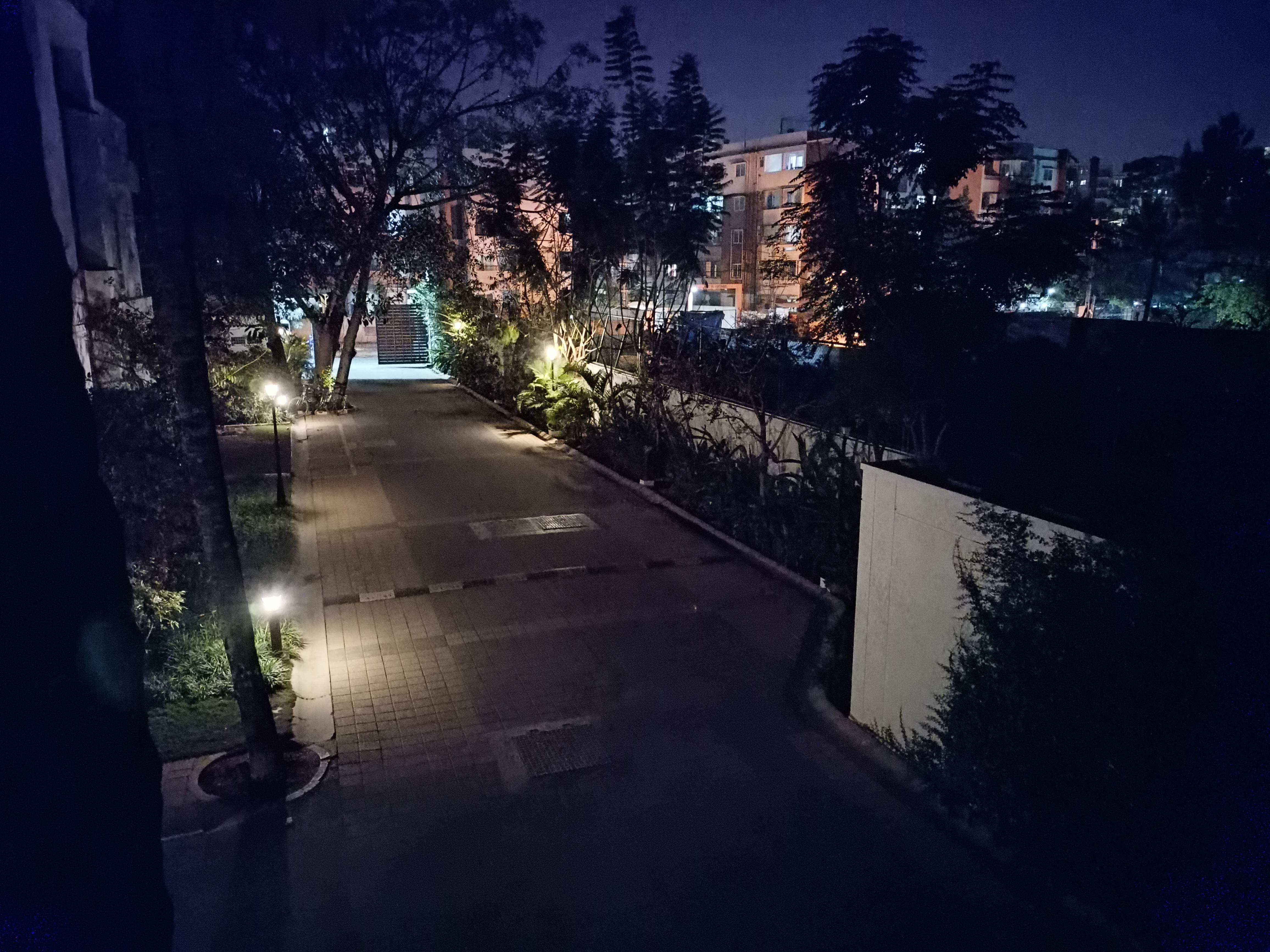 Images from the ultra-wide camera offered weaker details, with slightly washed-out colors and visible barrel distortion along the edges of the shot. Low light shots were grainy, but improved dramatically with night mode, both in terms of reduced noise and improved exposure levels. In all, the cameras are usable, but clearly not the best in the segment. 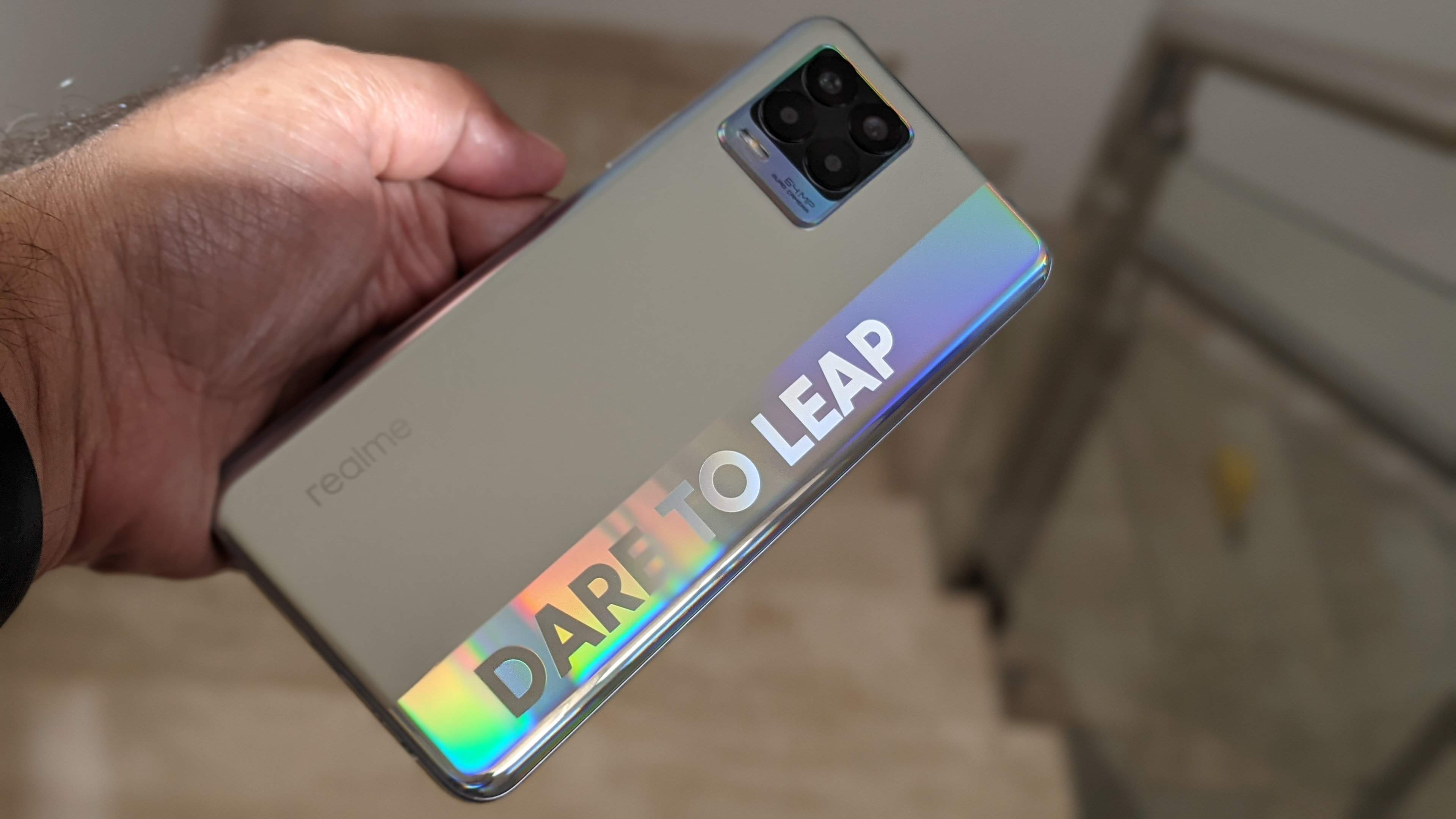 The Realme 8 is an upgrade from the Realme 7, but is it too safe an upgrade? If you pit the AMOLED display against the smoother LCD panel of the Realme 7, the real benefits of the Realme 8 come down to the improved ergonomics. Compared to the elephant in the room – the Redmi Note 10 Pro – it’s clear paying a little bit more will get you a 120Hz AMOLED display, a better camera setup, and stereo speakers. Don’t get me wrong – the Realme 8 doesn’t get let down by any significant flaws, but it just doesn’t stand out amongst the family and the competition in quite the same way as its predecessor did.