Realme’s clearly a brand on the move, firing salvo after salvo all of last year by way of well-specced and attractively priced smartphones up and down the price range. And it’s showing no signs of letting up with the X7, which packs in the all-new 5G-capable MediaTek Dimensity 800U chipset, a Super AMOLED panel and 50W fast charging at a honest-to-goodness sub-20,000 price point. It goes up against the Xiaomi Mi 10i, the OnePlus Nord and the Samsung Galaxy M31s…and even competition from within the brand as well, but does it do enough to seal the deal? 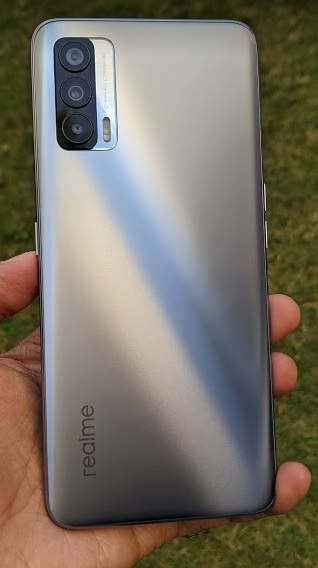 Now, depending on how big a Realme fan you are, you’ll want to pick between the signature ‘Nebula’ finish or the more muted Space Silver I had in for review. The Nebula colorway is certainly the most polarizing offering I’ve seen in recent times – a swirl of colors that change with the way light falls on the rear panel, with the Realme ‘Dare to Leap’ slogan emblazoned across the rear. Not for everyone, and I personally preferred the sleeker, matte finish of the Space Silver variant. Bonus: it’s also lighter and thinner, albeit by a smidgen, than the Nebula variant. The smooth back with rounded edges and the 6.4-inch form factor means the X7 is comfortable to grip and use. There’s a single speaker for audio, a 3.5mm to Type-C adapter, and Hi-res audio certification. 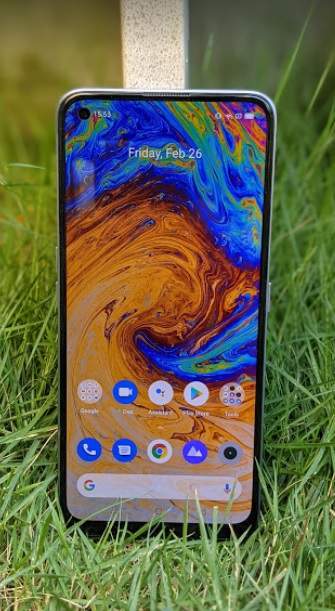 Adorning the front is a 6.4-inch full-HD+ Super AMOLED panel with a bog-standard 60Hz refresh rate (its pricier sibling the X7 Pro gets the 120Hz screen), which does cause me to raise an eyebrow given the positioning and pricing on the X7. The panel gets punchy and fairly bright, and the signature deep blacks and gorgeous reds of an AMOLED panel shine on the X7. You can, however, tone the color temperature and profiles to your liking, and while you get WideVine L1 support for HD content on Netflix etc., there’s no certification for playing back HDR content. Interacting with the display, with its 180Hz touch sampling rate, is a precise and responsive experience.

The X7 is the first phone in India to sport the new MediaTek Dimensity 800U 7nm-based 5G-toting chipset, an offering that is meant to compete with Qualcomm’s mid-range 750G and 765G chipsets that power the Mi 10i and the Nord. The good news, at least for industry watchers craving for some legitimate competition in the space, is that the 800U performs rather competently, and I’m not even talking pure benchmarks here. Everyday performance is sans any lag and Realme UI 1.0, sadly still on Android 10 but more ‘stock Android’ than ever before is light and breezy to use. There’s a fair bit of bloatware and spammy in-app notifications that I’m not a fan of, and Realme’s taken the well-walked route here and doesn’t try too hard to differentiate itself with a clean, ad-free experience. Gaming with Call of Duty Mobile and Asphalt 9 was smooth at Medium settings but you cant push it any further, which comes down to a lack of optimization for the 800U chipset. Until developers optimize their games for the new chipset, high-end gaming will be somewhat compromised. In terms of variants on offer, I had the 8GB RAM version - there’s a 6GB version as well – but both have 128GB of UFS 2.1 storage with no microSD card slot for expansion. The marquee 5G capabilities of the chipset are a checkbox checked off at best, at least for now, with 5G rollouts still off in the distance, but it’s fast becoming a must-have feature on all new phones, and the X7 handily scores hygiene points for this.

Powering the experience is a 4310mAh battery, which allows the X7 to last a whole day on heavy use, but things get interesting with the bundled charger. The phone supports 50W ‘SuperDart’ fast charging, which is plenty fast and gets you from empty to full in around 50 minutes, but what you get in the box is a 65W adapter. Handy if you have any higher end Realme phones lying around to take advantage of the faster charging speeds, but since it lacks support for the industry-standard USB PD standard, you can’t, for instance, use this to fast charge your laptop. 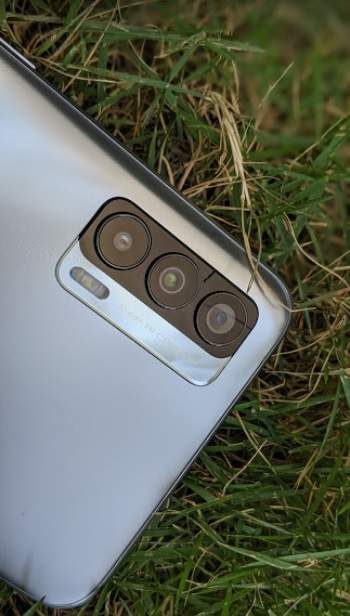 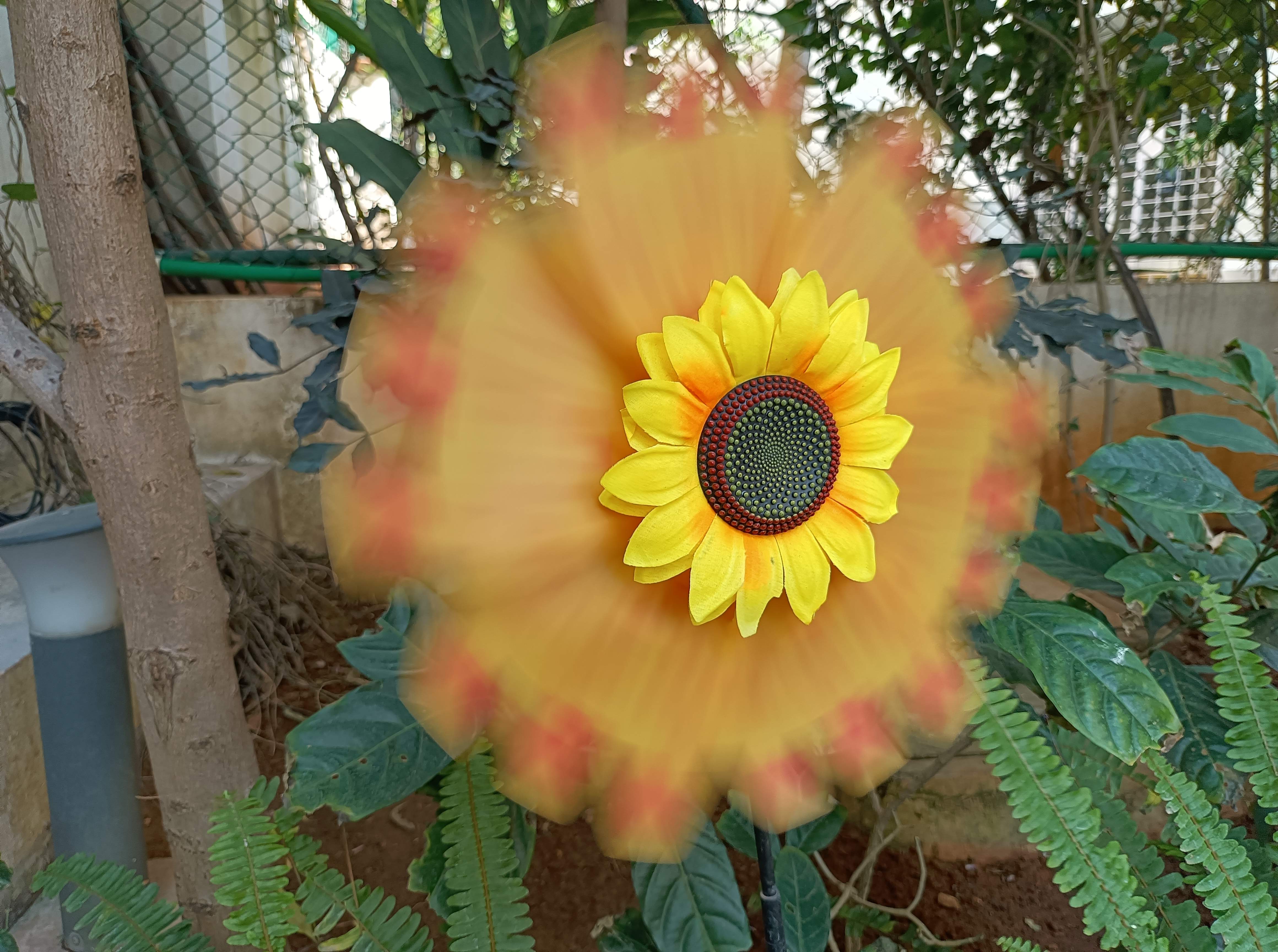 Rounding out the package is a triple-camera arrangement, one which gives up questionably useful monochrome sensor for a 64MP f/1.8 primary, an 8MP ultra-wide-angle and a 2MP macro camera setup. In daytime shots, the X7 is fast to lock focus and exposes images consistently. There were signs of over sharpening in the final 16MP pixel-binned images so details in the background took a bit of a hit.  In low light, the details levels were surprisingly decent, even without the use of the dedicated Night mode, although there is the slightest amount of lag when focusing. While shooting video, you get 4K recording but only at 30fps. 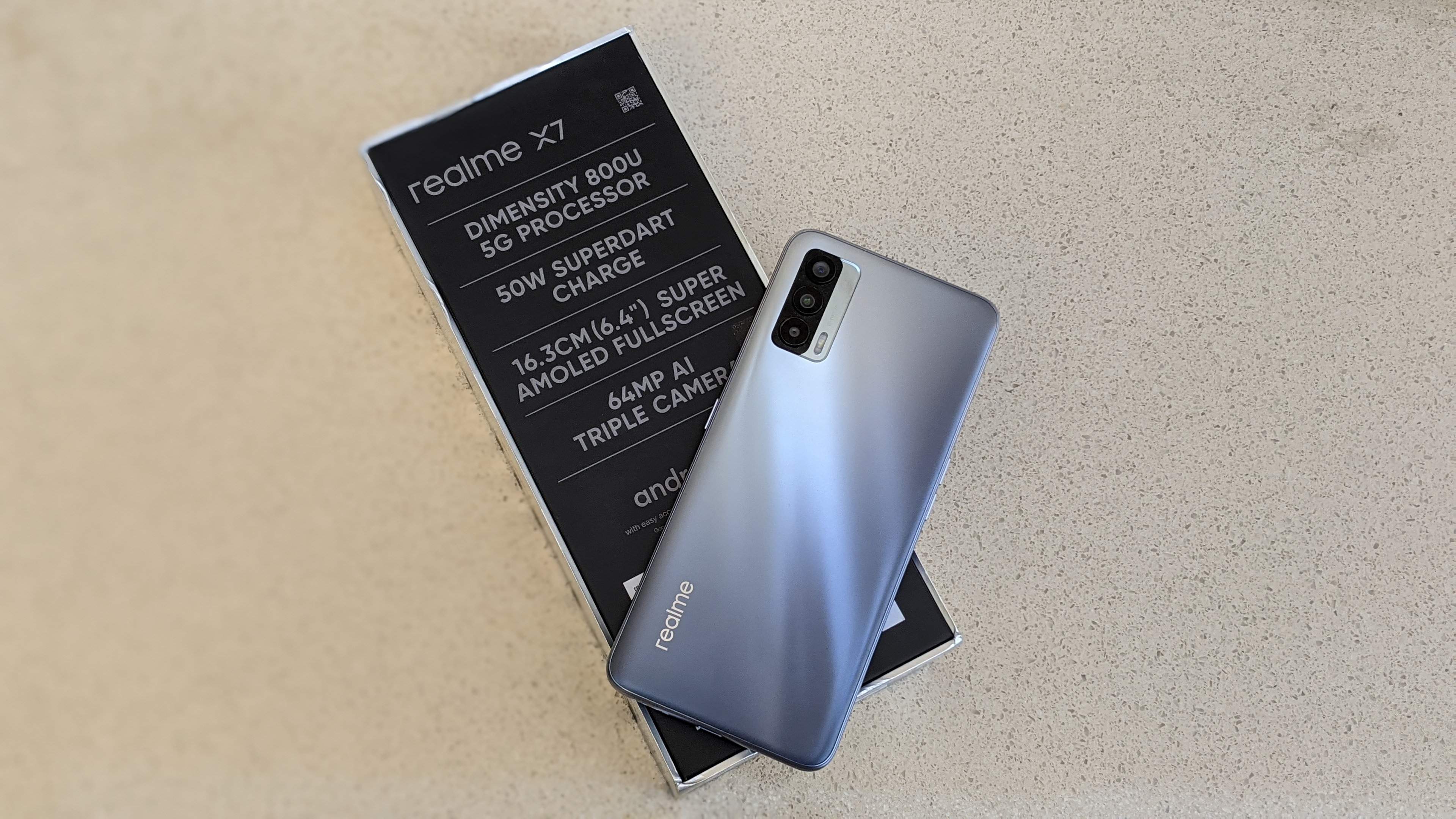 When I started reviewing the X7 some weeks ago, I was suitably impressed by the 800U’s performance, the more than acceptable camera performance, the thin and light design and the fast charging on offer. That it added in 5G at this price point was a good bonus too. Along came the latest launch from Realme, the Narzo 30 Pro, which shook things up, particularly for the X7. Not only did the Narzo 30 Pro ship with the same processor, but it also packed in a 120Hz LCD display and a 5000mAh battery, albeit with slower 30W charging – all this at a staggering Rs. 16,999 for the base variant with 6GB/64GB of memory/storage. On its own, the X7 is still a good buy, but unhealthy comparisons from within the family don’t do it a world of good.