Taking to Instagram, the actor shared a video of himself standing next to his newly-purchased car decorated with balloons in the background. In the video, Kartik is seen literally jumping out of his skin when the confetti goes off. 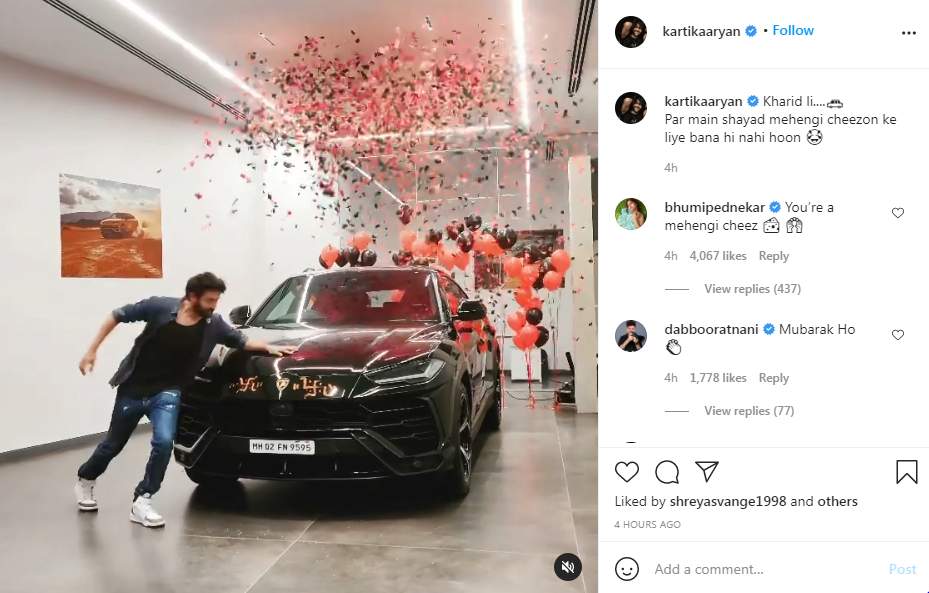 “Kharid li... Par main shayad mehengi cheezon ke liye bana hi nahi hoon (Bought it. But maybe I am not made for expensive things),” he wrote.

The second sentence in his caption was apparently a humourous reference to him getting frightened when the confetti goes off in the video.

Speculations rose about how expensive the car may have been, including a media publication which said the car was worth ₹3 crores. Kartik replied to this saying, “Yaar 1.5 cr aapne yun hi kam kar diye (You have reduced Rs 1.5 cr from the actual price).”

Kartik had earlier shared updates about his recovery from COVID-19 on Monday. He had written, “Negative. 14 din ka vanvaas khatam. Back to work.”

Adding to that, Kartik is part of Dostana 2 alongside Janhvi Kapoor and Lakshya. He will also be seen in Dhamaka, which will be released on OTT platforms.

What do you think about the Lamborghini Urus? Share your thoughts below in the comments section: