Priyanka Chopra Jonas reveals the first look of her memoir 'Unfinished', here's everything you need to know

The cover of the book features a close-up picture of Priyanka, in which she is resting her head on her hands, and the tattoo 'Daddy's lil girl' on her right wrist is visible. 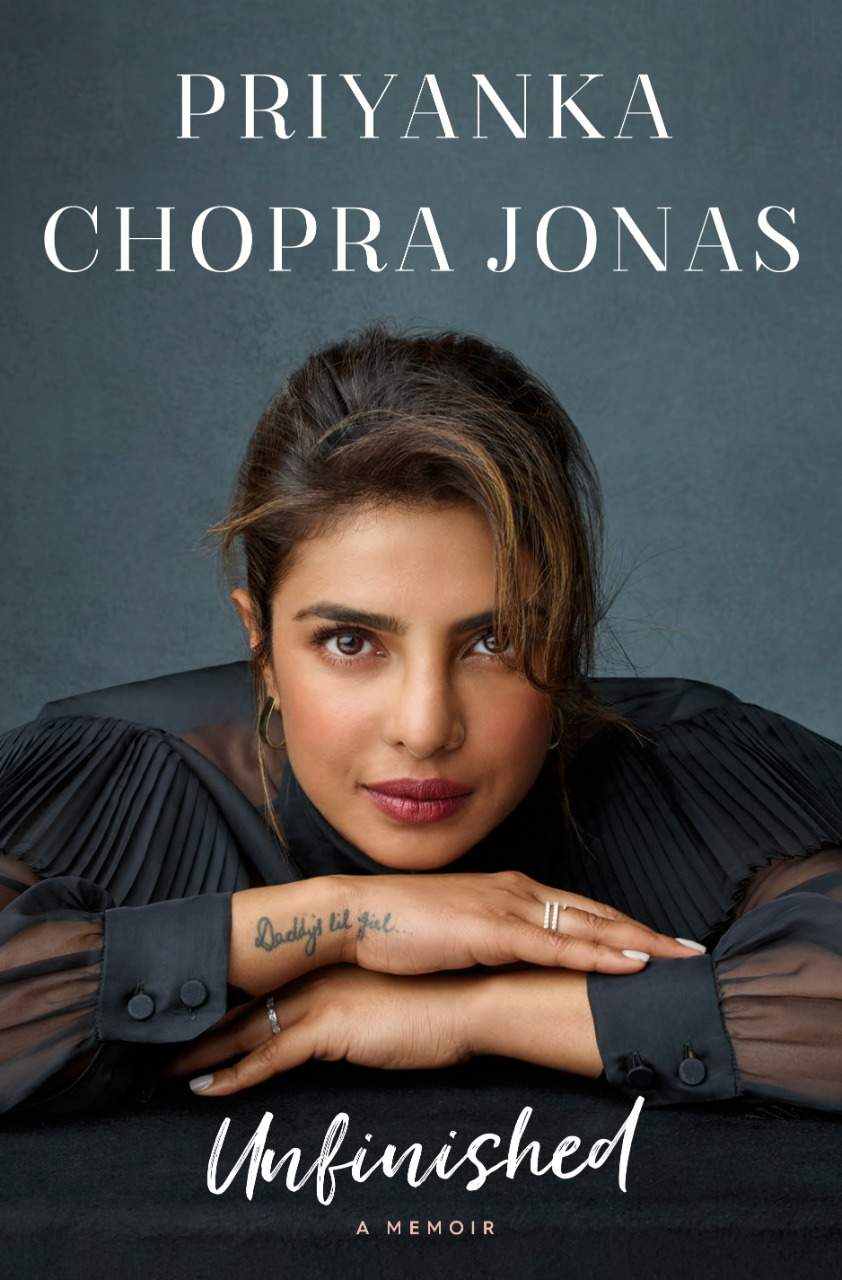 The actress posted a video on her Twitter, and explained in a series of tweets as to why she was keen to write her memoir. Her first tweet read, "...And so, while you'll definitely learn about how I became me during the "in between" of what you haven't seen, I also hope you'll walk away with the confidence of knowing that IT'S OK to pick up, walk away, leave things #unfinished... (sic)." In her second tweet, Priyanka urges people to pre-order her memoir, saying, "...and move on to what’s next if that’s what your journey requires to get to the next destination. We all have a different story to tell, this is my story, & I am #Unfinished. PRE-ORDER NOW! (sic)"

The actress' team says, this book will be a revealing memoir of one of the world’s most recognisable women, who is known for as a bold risk-taker, multi-tasker and multicultural personality who is also an activist. PeeCee as she is fondly called, issued a statement, saying, "I am a product of traditional India and its ancient wisdom, and modern India and its urban bustle. My upbringing was always an amalgamation of the two Indians, and, just as much, of East and West."

Unfinished takes readers from Priyanka's childhood in India, where she was raised by her grandparents and her parents who were army doctors. Madhu and Ashok Chopra were not only committed to their children, but were also focused on their careers and took interest in philanthropy. Hence, Priyanka was sent away to boarding school at an early age and spent her teenage years in the US living with extended family in the Midwest (Cedar Rapids and Indianapolis), Queens, and suburban Boston. The actress faced several instances of racism in high school until her return to India, where she unexpectedly won Miss India and also won the Miss World contest that launched her acting career.

Readers will get an insight into what it takes to succeed in the Indian film industry through Priyanka's memoir. Unfinished also records her journey from India to the West, where she has made a mark in Hollywood.

In her 20 years long career as an actor and producer, and as UNICEF's Goodwill Ambassador, and facing the biggest loss of her life - the death of her father to marrying Nick Jonas, Priyanka says she has revealed it all in Unfinished. The book will be released on January 19, 2021.