Priyanka Chopra Jonas turns 39, wishes from celebrities pour in on the actress’ birthday

Actress Priyanka Chopra Jonas, who celebrated her 39th birthday on July 18, received wishes from her friends, family, colleagues and fans across the globe.

Singer Nick Jonas, who is Priyanka Chopra’s husband, posted an adorable throwback picture of his wife along with a similar photo from recent times. The first photo showed Priyanka as a child wearing a saree, while the second one was a picture of the actress as an adult, wearing another saree of almost the same shade. Nick wrote in the caption, “Happy birthday my love. You deserve all the happiness in the world. Today and every day. I love you (sic),” and added heart emojis.

Meanwhile, Katrina Kaif recalled their moments together and spoke about Priyanka’s “fire and drive.” She shared a photo of the actress on Instagram Stories and wrote, “From our days at guruji, how I used to dread dancing after you. Your fire and drive has always inspired me at different points in my life, some important car rides and nights out, every time we meet, it's always a blast. Keep riding higher and higher. May you always be blessed. Happy birthday @priyankachopra (sic).” 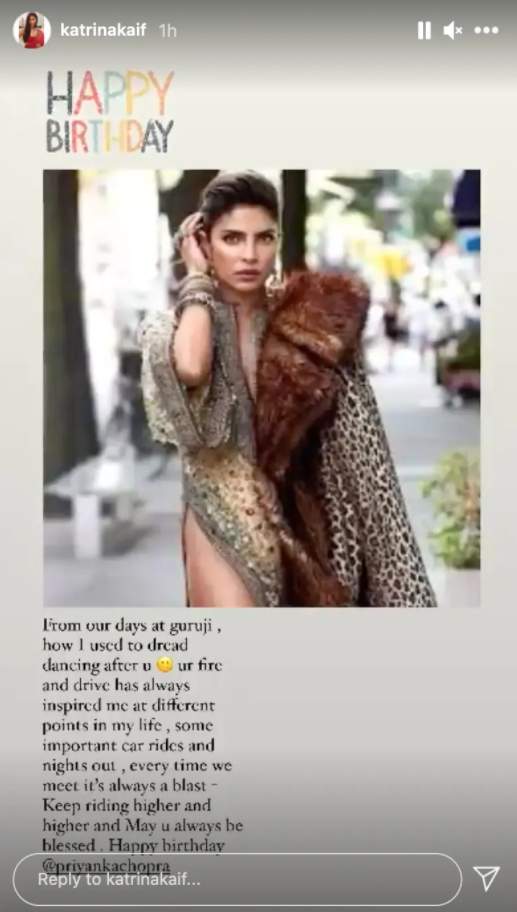 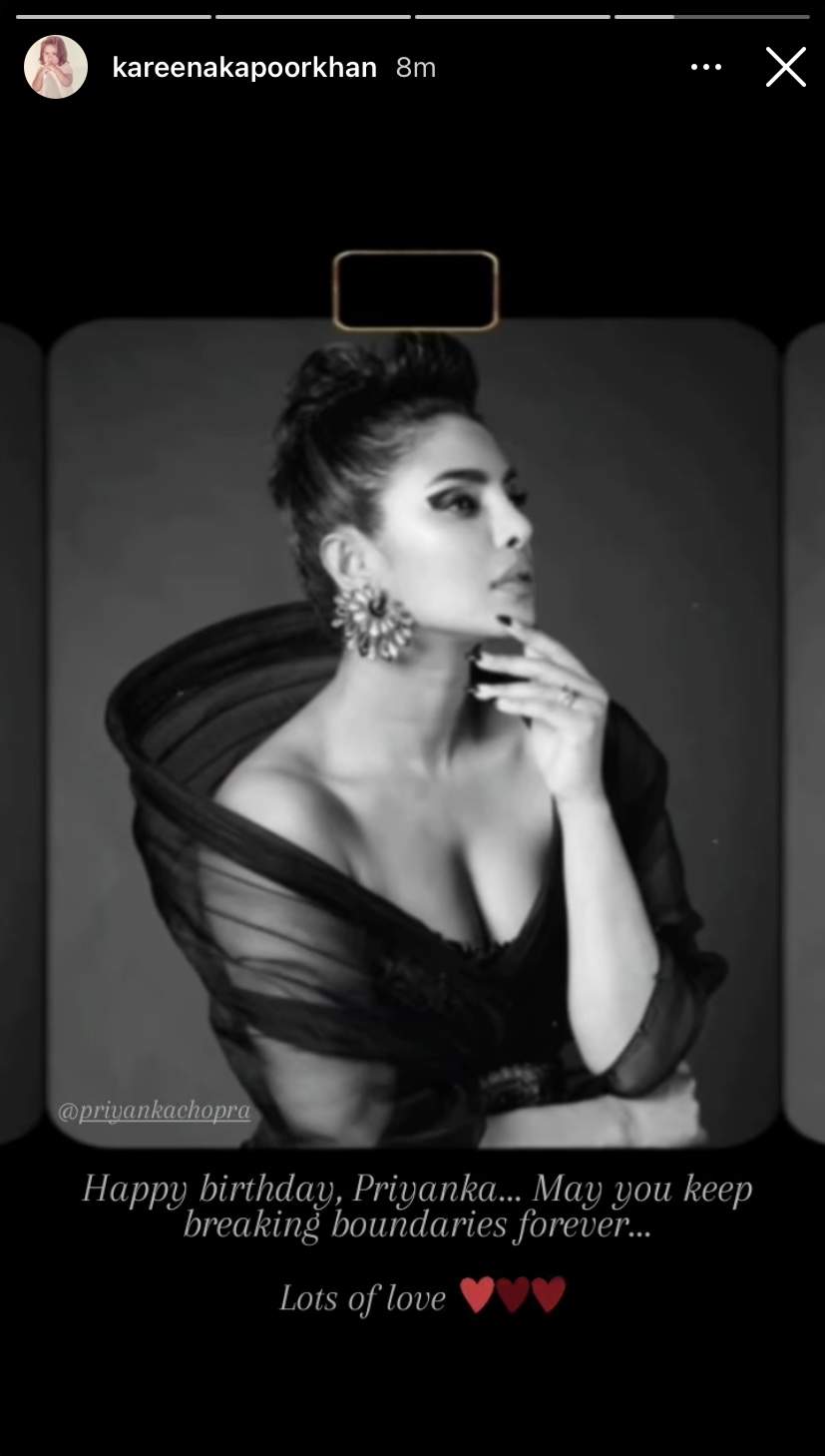 Anushka Sharma, who worked with Priyanka in the blockbuster movie Dil Dhadakne Do, took to Instagram Stories to wish her and said, “Happy birthday Priyanka. Here's to a blessed life with lot of love and happiness. (sic)” 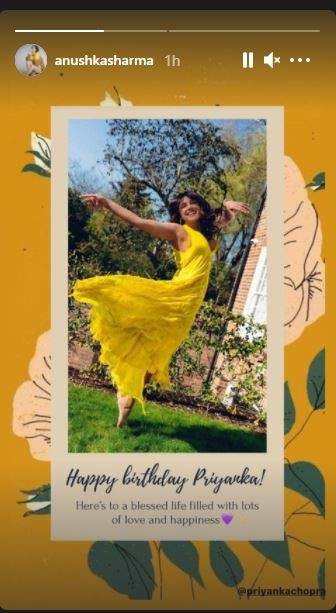 Anil Kapoor too shared a throwback picture from the sets of Dil Dhadakne Do and wrote on Instagram Stories, “Happy birthday PC! Here’s to another year of taking over the world (sic).” 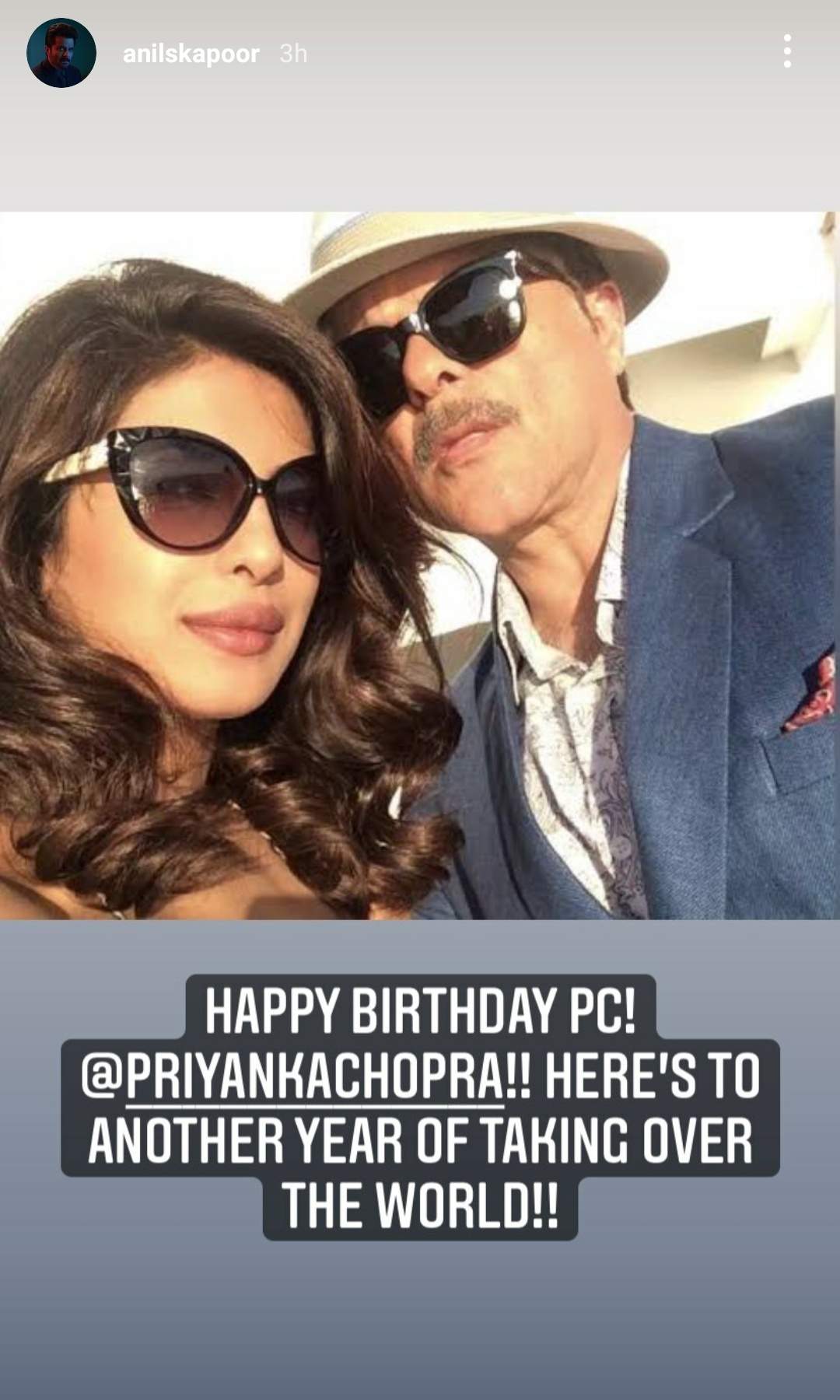 Other celebrities who wished her included actresses Parineeti Chopra and Sonam Kapoor.

On the work front, Priyanka Chopra was last seen in the Netflix film The White Tiger. She has several upcoming projects in her kitty. She is currently shooting for Citadel, a spy-thriller exective-produced by the Russo brothers, known for directorial works like Avengers: Endgame.

Priyanka will also be seen in The Matrix 4, Text for You, a reality show with Nick Jonas, and a romcom with Mindy Kaling.