Ankita Lokhande, who was late actor Sushant Singh Rajput’s former girlfriend, hinted at a break from social media through an Instagram post on Thursday, days before the first death anniversary of the actor.

Ankita wrote, “It’s not a goodbye, it’s a see you later.” She also added a waving hand emoji. 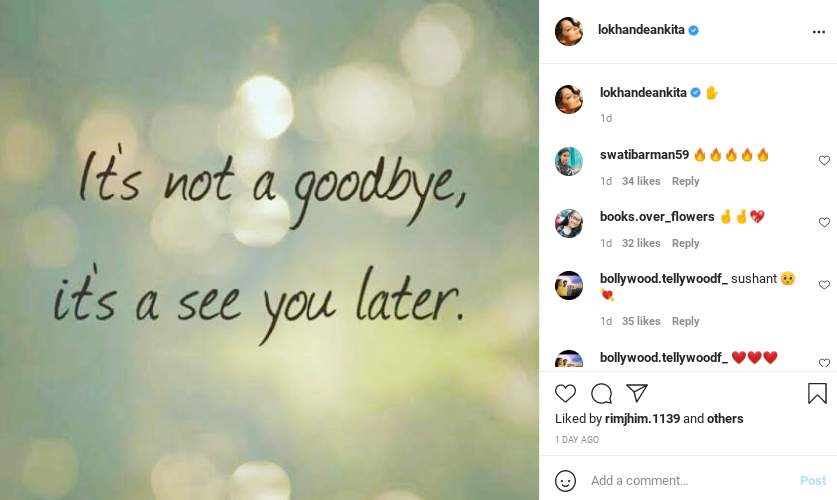 This comes after Ankita shared a cryptic post expressing heartbreak on Instagram on June 1. She had simply written “June” with an emoji of a broken heart.

Following this, netizens pointed out the timing of Ankita’s apparent break from social media and began connecting her posts to Sushant Singh Rajput’s death anniversary, which will be on June 14.

Sushant died allegedly due to suicide in June 2020. His death is currently being investigated by the Central Bureau of Investigation. The probe was initially carried out by the Mumbai Police and taken over later by the CBI. Investigation agencies like the Enforcement Directorate and the Narcotics Control Bureau too are probing other angles of the actor’s death.

In a previous post on Instagram, Ankita marked the 12th anniversary of the television show Pavitra Rishta, in which she acted alongside Sushant. The two of them had been in a relationship for six years until 2016.

She had written, “12 years of Pavitra rishta. 12Years!! Ohh, Yes Yes It’s 12 Years Of Pavitra Rishta, Time Flies Really Quickly. With more than 66 Awards #Pavitrarishta remains to be one of the most loved show on Indian Television. Here’s to 12 glorious years of this iconic show. Which not only gave me Archana but love all across the globe and made me who I’m today. The story that celebrates joy of life, love, family and friendship. Thank you @balajitelefilmslimited @ektarkapoor for making me Archana and thank you to all the cast and crew. Thank you Maa and Paa for always supporting me.” 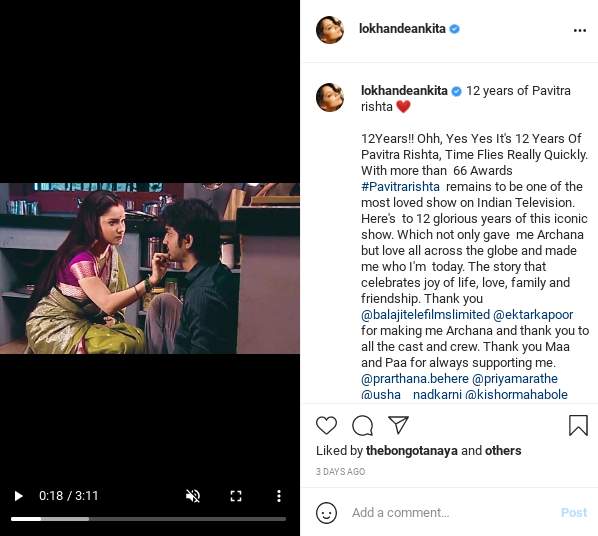