Indian skipper Virat Kohli became the first Indian and the first cricketer to get 100 million followers on Instagram.

He is also the first celebrity in the Asia-Pacific region to touch this milestone. Adding to that, Kohli is also the fourth most followed sportsperson on Instagram. 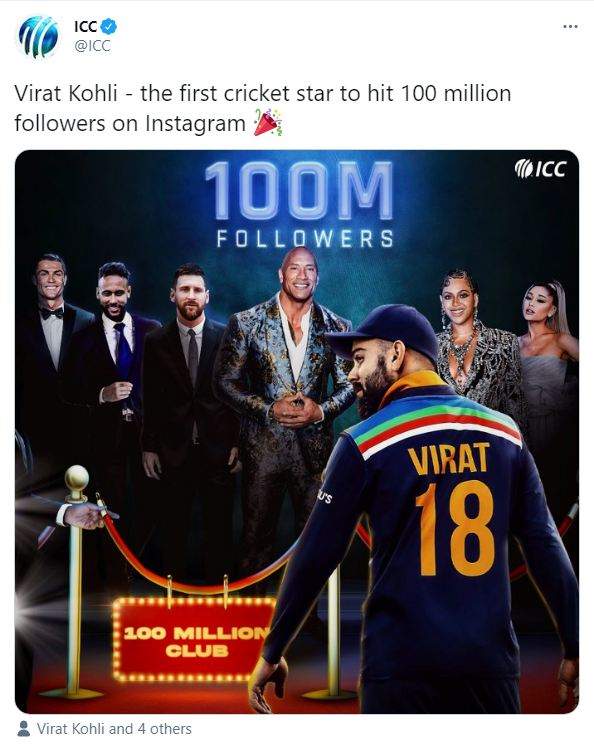 Ronaldo tops the chart with 266 million followers, while Barcelona captain Messi and Brazil's Neymar stand second and third on the list with 187 million and 147 million followers respectively. Kolhi is currently in the sixth position on this list.

Interestingly, the cricketer went from having 50 million to 100 million followers within just a year.

Recently, Kohli had crossed Bollywood stars Akshay Kumar and Ranveer Singh to retain the top spot in India's most-valuable celebrity list. According to the Celebrity Brand Valuation Study 2020 by Duff & Phelps, the Indian skipper was reportedly crowned India's most valuable celebrity with a brand value of $237.7 million.