Actress Kangana Ranaut is being trolled after she tweeted a photo of her summer special smoothie breakfast on Thursday. Apparently, the image she shared is exactly the same as one that is readily available on Google, and that too of a recipe shared by a famous chef! 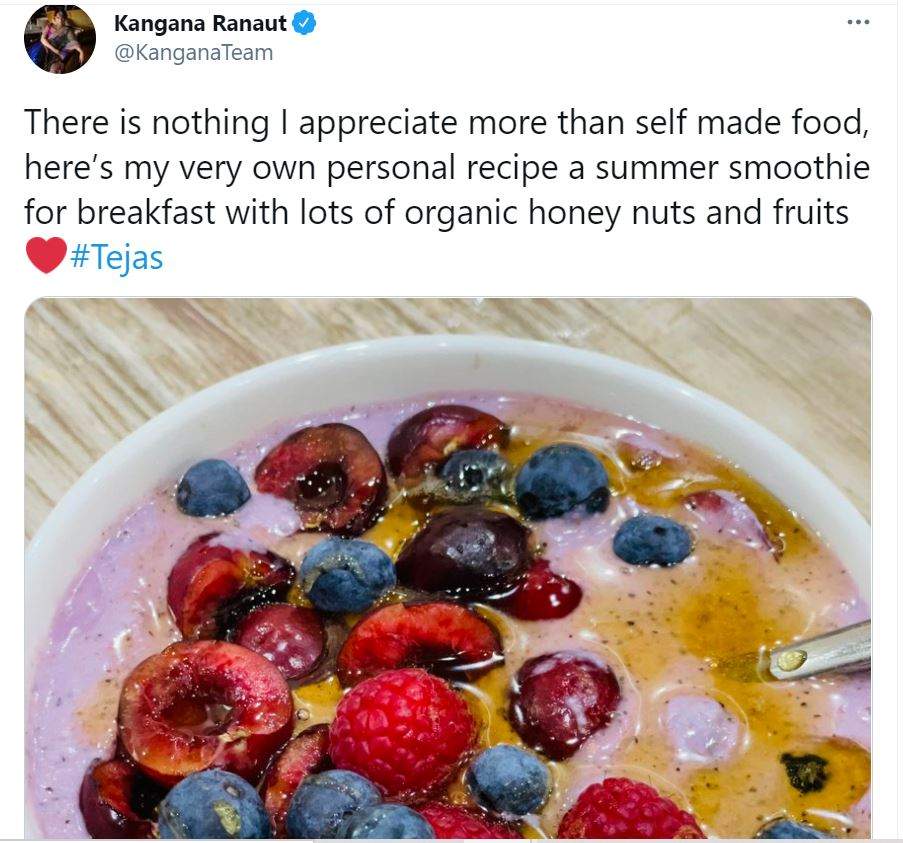 Kangana reacted to trolls claiming the picture was clicked on Thursday morning in her vanity van.

Earlier on Thursday, she had posted with the image: "There is nothing I appreciate more than self made food, here's my very own personal recipe a summer smoothie for breakfast with lots of organic honey nuts and fruits. #Tejas."

The comments section of the actress' tweet was soon flooded with collages of the photo shared by her and the similar image available on Google.

In response, Kangana claimed: "Hahahaha can't believe some people are mistaking this picture from my van this morning for some international professional chef's famous blog, I knew I am good but sooo good like a professional.... seriously had no clue. Thrilled to know I am awesome at everything that I do."

"All the influencers accounts automatically get memes to post mocking or making fun of everything I do, in this case this fake edit being spread claiming that I lied about cooking, this may seem frivolous on surface but deep down it's made to damage one's credibility and dignity," Kangana retorted in a separate tweet.

The actress has recently ventured into the food and beverage business by opening a cafe and restaurant in Manali.