Singer Ariana Grande (27), who got engaged to real estate agent Dalton Gomez (25) in December 2020, has now tied the knot with him, according to media reports.

Media reports quoted a source as saying that the marriage ceremony was private and had less than 20 guests. The source had said, “It was tiny and intimate - less than 20 people. The room was so happy and full of love. The couple and both families couldn’t be happier.”

The wedding reportedly took place at Ariana Grande and Dalton Gomez’s house in California’s Montecito. The source was quoted as saying, “Both Ari and Dalton love Montecito. They spend a lot of time there. It seems only natural that they would get married at Ari’s beautiful and historic house.”

Ariana Grande had announced her engagement to Dalton Gomez back in December through an Instagram post. She had attached a few pictures of herself with Dalton, where she was seen showing off her pearl and diamond ring. Ariana had written in the caption, ”Forever n then some.” 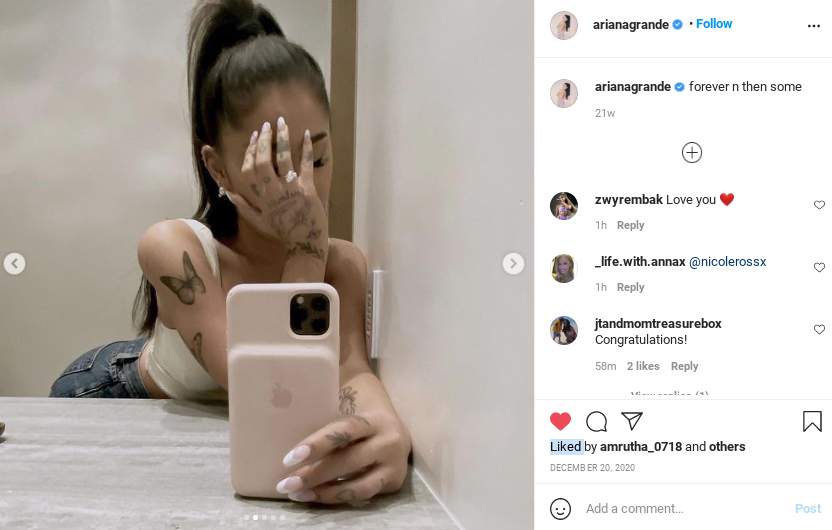 The pearl and diamond ring is allegedly said to cost between Rs 1.47 crore and Rs 2.21 crore.

Ariana began dating Dalton in January 2020. The couple made their first public appearance in May 2020 in the lockdown music video, Stuck With U, sung by Ariana and Justin Bieber.

The singer often shared sweet moments from their lives and photos of the duo on social media. Ariana once shared a collection of photos with Dalton in early April and wrote, “!!! my heart my person !!! thank u so much for being u.” 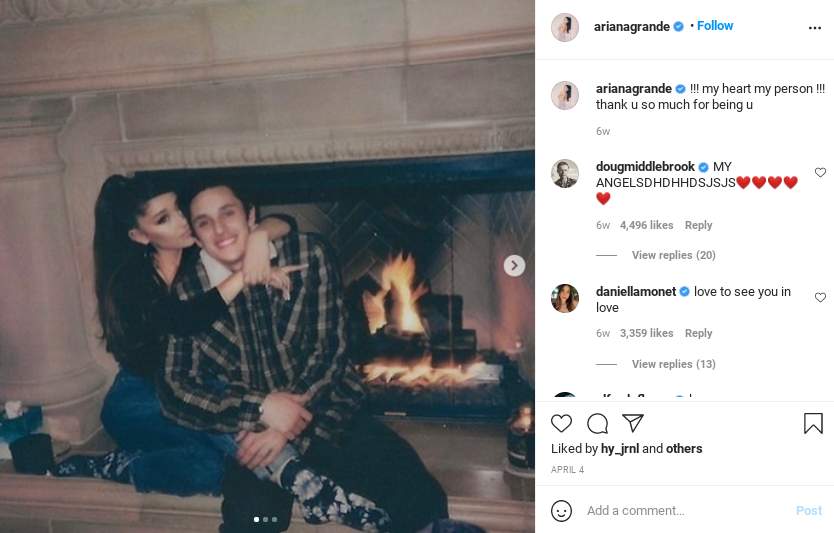 Ariana Grande was earlier engaged to US comedian and actor Pete Davison, who had appeared in Saturday Night Live. The engagement took place in 2018 but broke off after five months.

The singer was also in a relationship with rapper Mac Miller earlier, who passed away due to drug overdose four months after the two of them split in 2018.