Bollywood lost not just the actor Dilip Kumar today, but also its much-loved 'Prince Salim' from the iconic movie Mughal-e-Azam, leaving a void in the hearts of many. While there are several other unforgettable roles that were portrayed by Dilip saab, his character Salim stands out. It was the restored, colour version of Mughal-e-Azam, released on November 12, 2004, that perhaps introduced this legendary star to the young Indian audiences, particularly millennials and Gen Z.

The Salim-Anarkali love story that was made for the screen as this lavish and visually stunning production is just one of the films from the actor's grand repertoire. The legendary star enthralled audiences for over five decades with his class performances in 62 films. Directors, film journalists and historians who have chronicled the master actor’s journey - unanimously agree that Dilip Kumar was truly the first method actor of Hindi cinema. Some of them who worked with him were quoted in film magazines back in that era about how he was a stickler for method acting. Before Marlon Brando (who was two years younger than Dilip Kumar), he made the method acting approach mainstream. 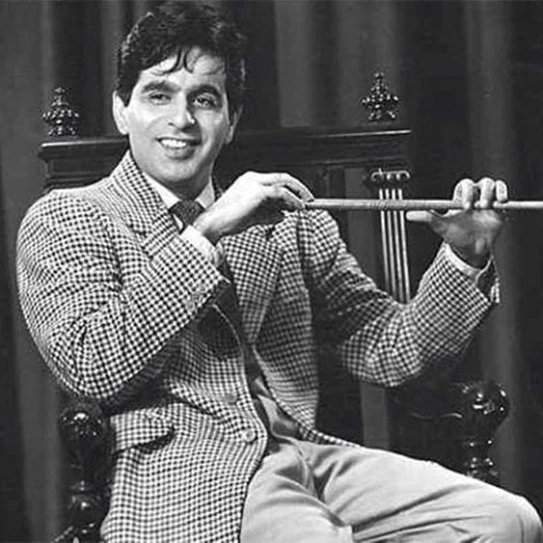 Back story
Yusuf Khan, the young Pathan who caught the attention of the reigning queen of Hindi cinema, Devika Rani, turned out to be a game-changer. At a time when Raj Kapoor and Dev Anand were the top stars defining the rules of Hindi films, Yusuf introduced as Dilip Kumar offered a completely new persona on-screen for the audiences.

Though he started his career on a lukewarm note with Jwar Bhata in 1944, his later films earned him not just awards but also the moniker ‘Tragedy King.’ Jugnu, Deedar and Devdas proved that the new actor could move the audience to tears, and there was a possibility of a rampage (reference to the mention of Deedar in the web series A Suitable Boy) if cinema-goers weren’t able to get a ticket to watch him on the silver screen. That was the magic of Dilip Kumar.

Tragedy King
Those who were close to him knew that after Devdas, the actor went through a difficult phase of depression. He was so consumed by his character as the alcoholic lover that the actor was advised to take up lighter roles to overcome his state of mind, and that’s when Dilip saab showcased the other side of his personality.

From playing the romantic hero in Madhumati, the undaunted tongawalla in Naya Daur, the wheelchair-bound rich Raja Sahib in Aadmi, to the devoted brother in Gopi – he captured the navarasas of acting like no other performer. The 1967 superhit Ram aur Shyam, in which he plays the role of twin brothers – the timid Ram and the bold and unapologetic Shyam – was another surprise for his fans and the audience. His versatility as a method actor just kept evolving with every movie during the three decades since his debut.

At the apogee
The ‘80s was a decade that witnessed Dilip saab reach the zenith of his acting. The tragic scene in the 1984 movie Mashaal – where his character Vinod Kumar is screaming in the dark and lonely streets of Mumbai, asking help for his wife (played by Waheeda Rahman) who is in labour – is considered as one of his finest performances. There were also multi-starrer films in which Dilip saab was cast along with other superstars. Ramesh Sippy’s Shakti is one of them. Amitabh Bachchan played the son’s role, while Dilip saab was cast as the father. This movie too is testimony to why the legendary actor continued to rule the silver screen – he played the diligent and honest police officer who kills his son for the sake of his duty. With Subhash Ghai’s Karma and Saudagar, Dilip saab gave the Indian audience the much-loved characters of Dada Thakur and Thakur Veer Singh.

But it was Mughal-e-Azam’s colour version that released in 2004 that brought him back in the limelight. At a time when Indian cinema was at the crux of a transition, and people were being more receptive to new ideas and nuanced acting, the release of the Salim-Anarkali saga proved why Dilip saab was an actor par excellence and someone who keeps inspiring generations of actors to be like him. His powerful portrayal as Salim opposite another legendary actor, Prithviraj Kapoor, is still considered one of his remarkable performances. Today, as he is laid to rest, the world will mourn the death of the charmer, the splendid performer and the prince of Bollywood.