Dhanush's latest release Jagame Thandiram may have created a buzz ahead of its release, but the mixed reviews are portraying a picture contrary to the hype that was built up.

However, since it's a Netflix release, the Karthik Subbaraj directorial has created noise not just in India, but also overseas in a way that's not been witnessed by other movies. The film's promotional stills and videos have made it to Times Square in New York, and fans can't stop sharing the images.

Here's a look at the images: 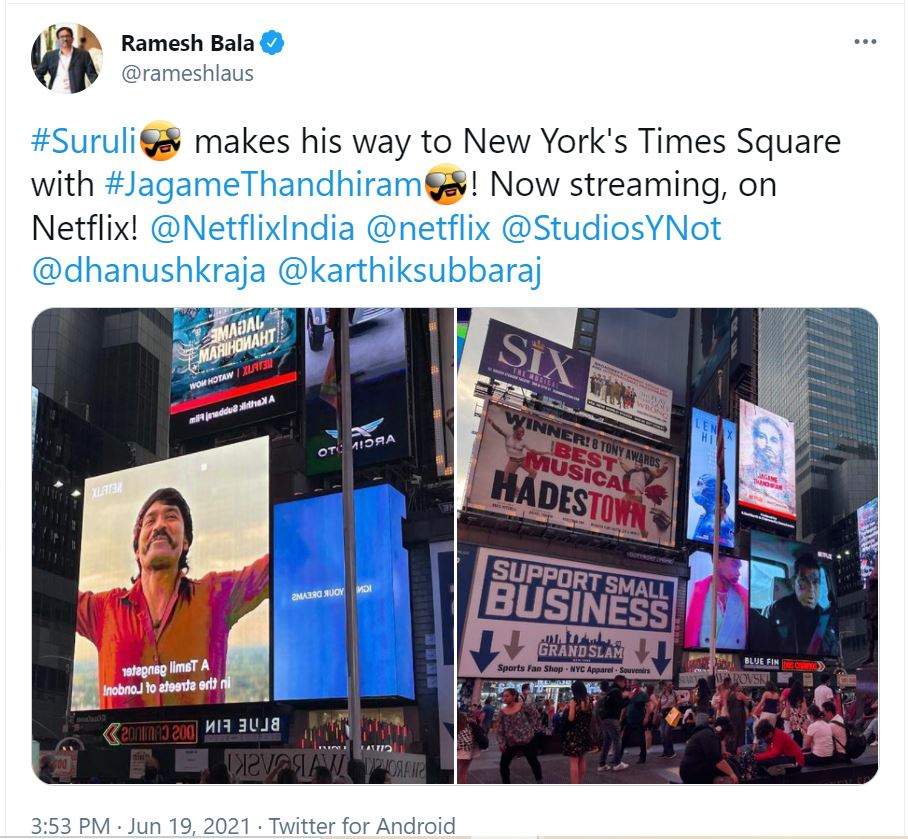 Even the Russo Brothers took to Twitter, ahead of the release, to wish Dhanush good luck for the movie. They shared the trailer of Jagame Thandhiram on Twitter and tweetd, "Super da thambi! Excited to be working with @dhanushkraja and good luck with #JagameThandhiram @karthiksubbaraj @StudiosYNot (sic)," read the tweet. Dhanush is working with Russo Brothers on Netflix's The Gray Man.

In Jagame Thandhiram, Dhanush plays the role of Suruli, a notorious gangster from Madurai who goes all the way to London as a contract gangster to Peter (James Cosmo). He is caught in a fix when he comes across Sivadoss (Joju George).