Ice cream special: From Mint Chocobar to Milo Dinosaur gelato, here’s the scoop on all the newest flavours in Chennai

There is a nip in the air. And contrary to popular belief — about eating ice cream when it’s sweltering outside — there is something romantic about dipping into the perfect chilled dessert with a pitter-patter outside. That said, we found ourselves going down a rabbit hole of new flavours over the past week, inspired by Ice Cream Day (July 18). From Sloppy Joes filled with double chocolate chip to seasonal fruity options like Mangosteen and Vegan Pina Colada to Cold Brew Coffee gelatos — this list promises to have you teetering on the edge of your seat. Here is our round-up of thrill and chill, all the way.

Butter, batter pecan
What sets Batter apart from other ice cream outfits in the city is the half-baked cake batter of your choice served along with your ice cream. Their latest flavour is a Red Velvet made with a smooth mascarpone. In the coming weeks, partner in the venture Mansi Reddy, tells us to look out for Custard Apple and Butter Pecan made with imported pecans and butter bits that promise generous indulgence. INR 89 per scoop. 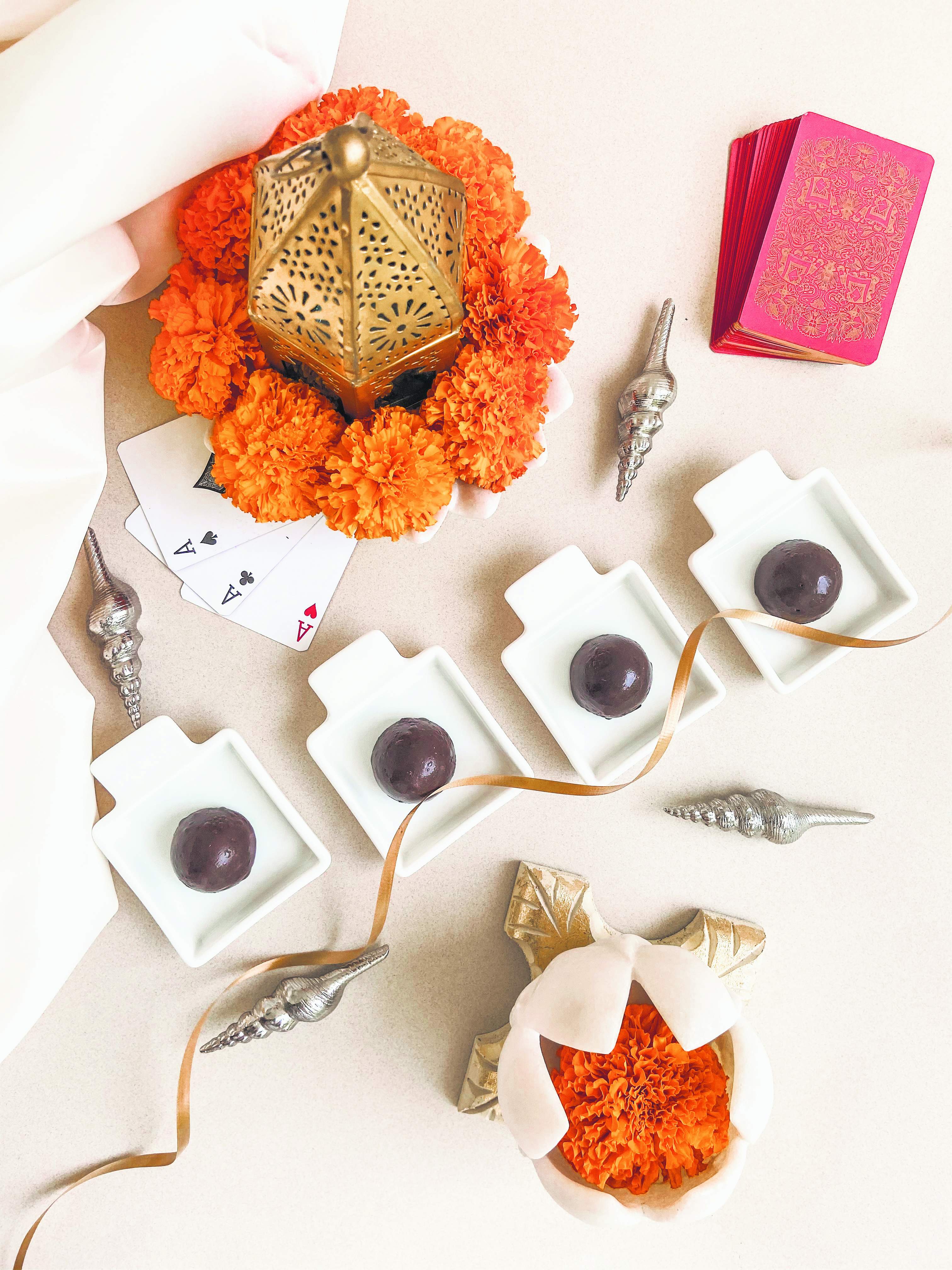 Bonbons & pina colada
Komal Chordia who has taken over the brand Old Mercara known for its Coorg coffee ice cream and nut butters tells us that ice cream-filled bonbons have been all the rage of late. Their most recent additions include a Mint bonbon made with dark chocolate and a homemade mint essence (INR 150 a piece) as well as a Vegan Pina Colada with the goodness of fresh pineapple, coconut milk and coconut cream. INR 170 a scoop. 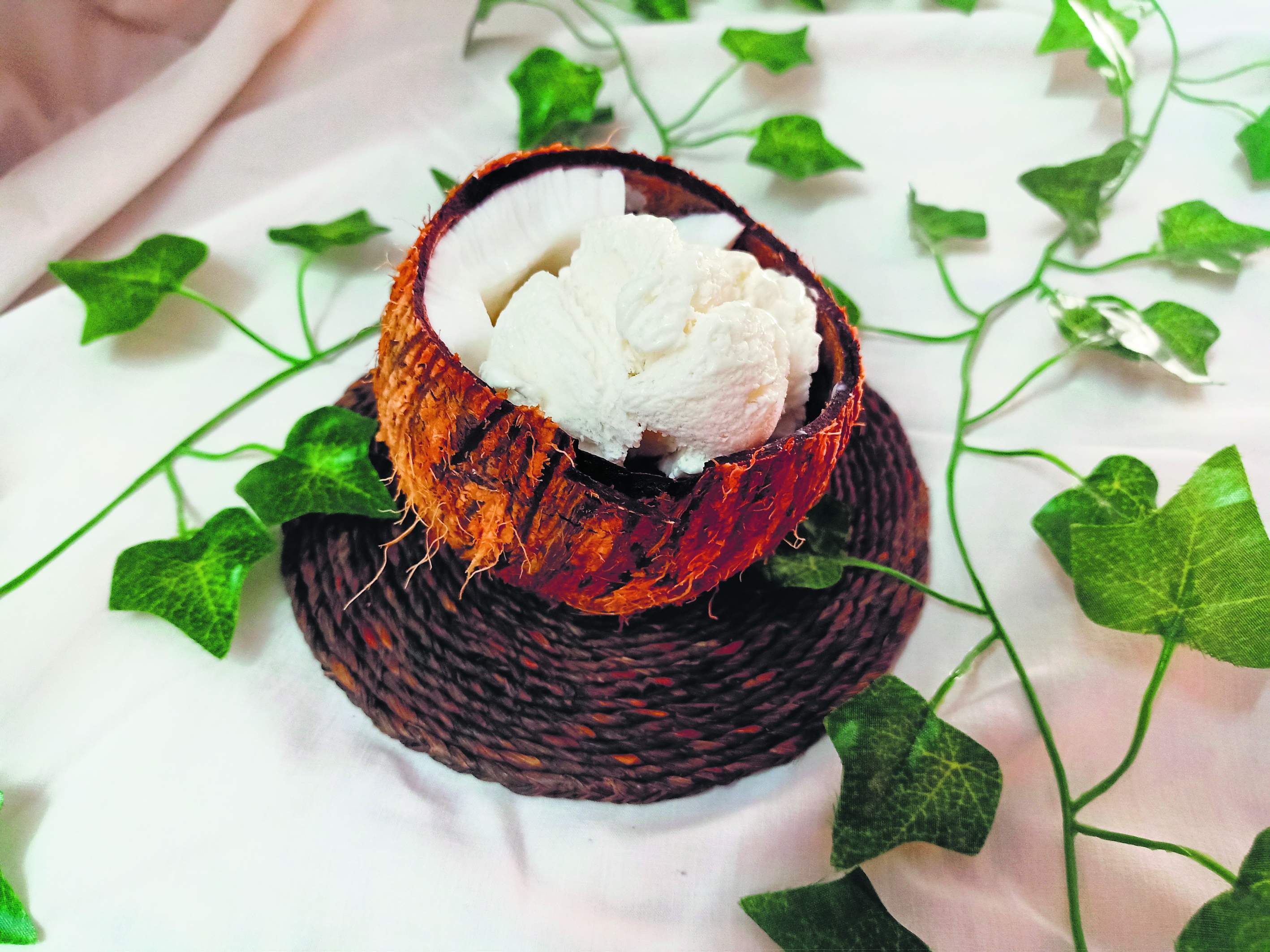 Dreaming of elaneer
This refreshing Tender Coconut flavour by Ahana Balaji of Scoopy Doo was launched earlier this year as part of their Indian Summer collection. Expect a creamy base with tender coconut purée as well as chunks of coconut woven through. INR 290 for 500 ml. Milo madness
Praveen Rajagopal, the man behind Les Amis discovered the Milo Dinosaur shake on a recent business trip to Malaysia. And has since concocted his own rendition by way of a gelato, which has quickly become one of his top sellers. Expect a supercharged version of a regular Milo that is extra chocolatey, malt-y and rich. Also, look out for their seasonal fruit gelato options like Jamun, Nungu, Mangosteen and Jackfruit. INR 195 for a double scoop. Not a vanilla Sloppy Joe
Mint chocolate chip in a chocobar? Deepak Suresh of Amadora certainly knows how to make our childhood dreams come true. INR 240. Also not to miss is his ice cream rendition of a Sloppy Joe which comes in variants of vanilla, double chocolate chip and Nutella. INR 300. A dose of rose
Bhavna Arya has been experimenting with red roses in her ice cream for a while now. Sample a scoop of her brand Intox's Gulab Pista, a creamy blend of roses punctuated by pista shavings. INR 750 for half a litre. Her deep fuschia coloured Plum Sorbet with a kick of Himalayan salt is also recent. INR 600 for half a litre. Banoffee bliss
Shradha Lulla Gourmet Dessert’s newest ice cream flavour is a decadent Banoffee Cake. Made with three-day ripened hill bananas (Malai Vazhaipazham) for sweetness, she tells us it is prepared with homemade salted caramel and butterscotch chips for crunch. Incidentally, this flavour was launched on her social media by actor Surya! INR 650 for a 275 gm tub. 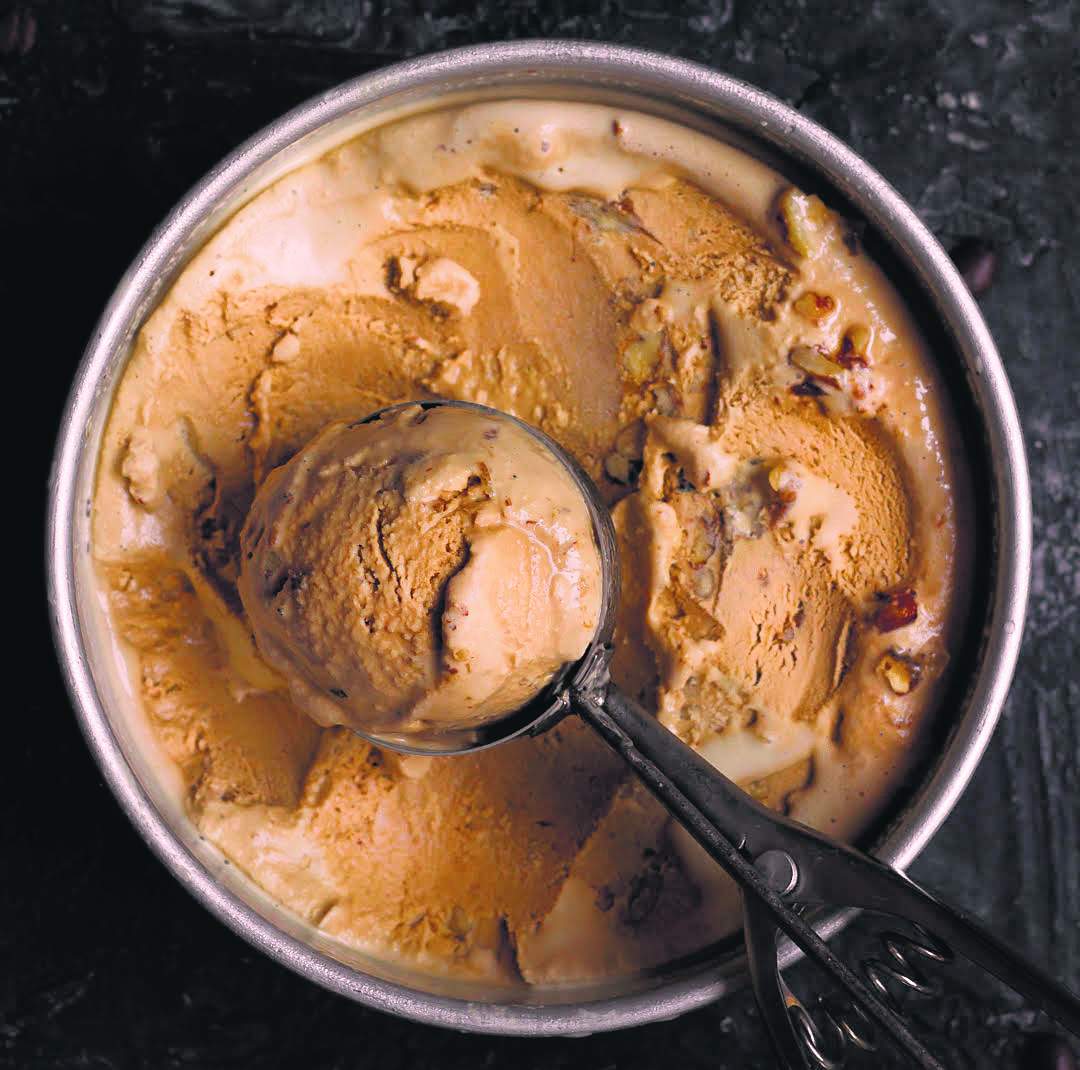 Caffeine kick
Coffee lovers have a reason to smile. Lyfe by Soul Garden Bistro just yesterday launched a Cold Brew Coffee Sorbetto (vegan) and gelato made with 100 percent Arabica coffee grown in the Kodagu hills. Owner Jignesh Pujara says the coffee beans have been roasted in small batches to maintain quality. Expect a dark roast, cool on your palate and a burst of aroma, from the get-go. INR 130 per scoop. Lotus & caramel
The Table, known for their jar desserts, which branched out into jar ice creams last year, recently introduced two new flavours that promise to have you smitten. Chef and owner Shriram Rajendran, tells us to try their Belgian white chocolate that is slow-cooked for hours in the oven to get the perfect Caramelised White Chocolate. Also, not to miss is their smooth-as-butter Lotus Biscoff. INR 175 per scoop.