With TV prices heading south each passing year, it’s become incredibly easy to pick up a large panel with the usual Android TV smarts for a price that would be unheard of a couple of years ago. What hasn’t improved quite as much, particularly in the race to make sliver-thin panels, is TV audio, and practically no TV delivers the audio experience you’d want for the entertainment center in your home. I highly recommend looking at a proper surround sound system if your budget and space can afford the setup, but for most, the lack of space and inability to run wiring across your rooms means that a soundbar is an excellent (and likely, only) alternative. The Sony HT-G700, for instance, is a 3.1-channel soundbar which comes with a wireless subwoofer, supports the immersive Dolby Atmos standard and is quite the bundle of fun if you’re willing to ignore a few flaws. Enough fun to justify the cost of a budget 55-inch TV? Let’s hear the Sony make its case. Typically, there’s a lot to set up with soundbar systems, but that isn’t the case with the HT-G700. There’s just the soundbar and a wireless subwoofer, both of which need to be powered, and the soundbar connects to your TV via the included HDMI cable. The dual-tone finish soundbar is smart-looking and has a premium heft to it, and at 980mm wide, will fit well under TVs 50-inches or bigger and blend into your entertainment center design rather than stand out. Place the somewhat-hefty subwoofer out of sight, pick up the remote, switch the soundbar on and switch to TV mode, and you’re ready – no manual pairing or setup required. In a sense, the system harks back to the instant plug-and-play of yore, since there’s no Wi-Fi connectivity or companion apps. You can use the touch buttons on the top of the soundbar for power, input selection and volume, with the rest of the controls and audio modes found on the remote. Speaking of, the remote has a ton of easily accessible audio settings available, which will allow the more finicky audio enthusiasts to tinker around with the audio to suit the content they’re watching…and it can be a bit daunting for the first-time user. 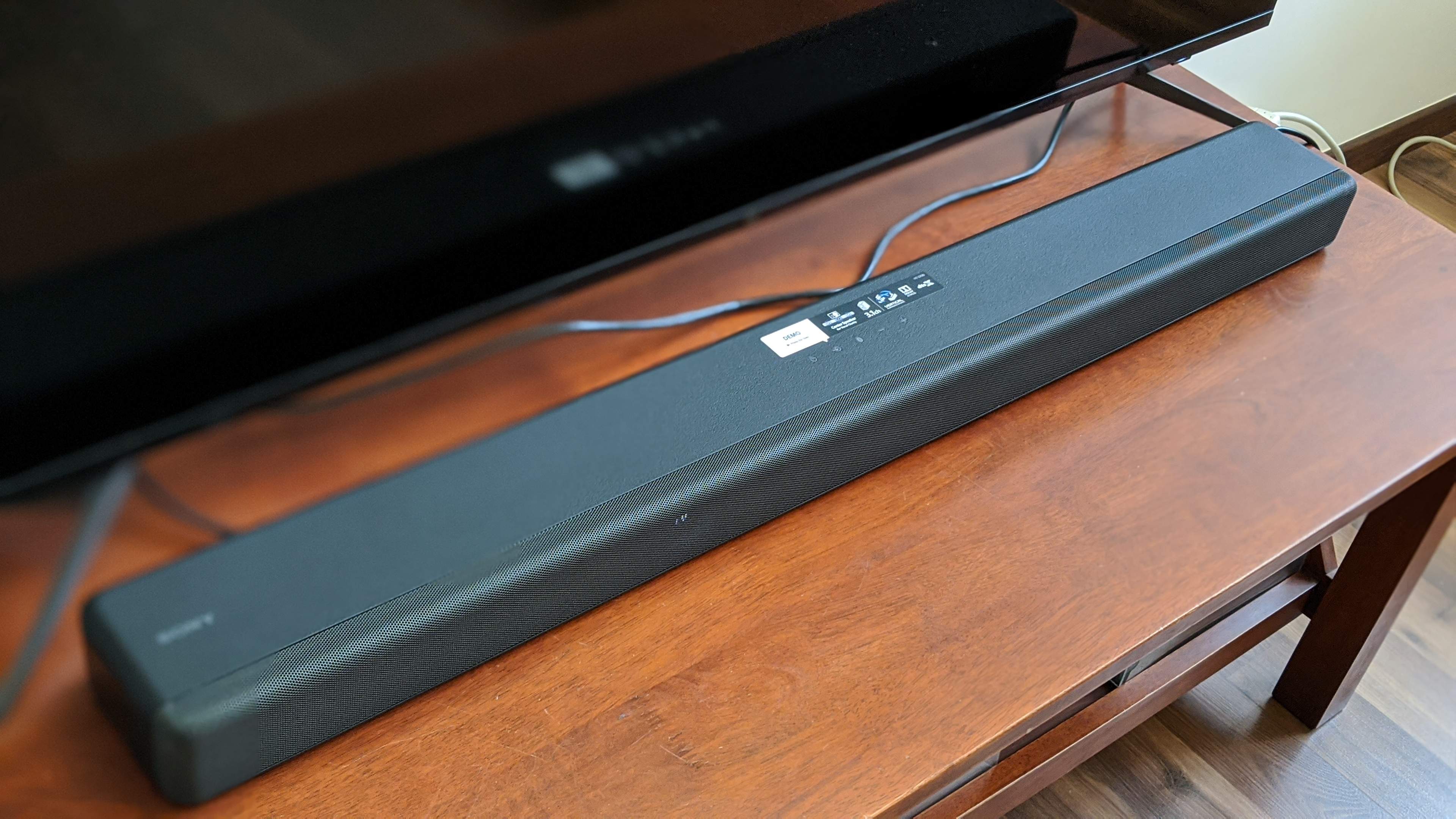 Connectivity options are pretty straightforward (or limited, depending on how you see it). There’s one HDMI in, one HDMI out (with eARC/ARC audio) and an optical audio port and really, wired is really the best way to use this soundbar.  Sure, you can connect the soundbar to the TV over Bluetooth, though I wouldn’t really recommend Bluetooth for anything other than streaming music from your phone due to the inherent video-audio lag, plus you’re limited only to stereo audio over Bluetooth and support only for AAC and SBC, no aptX or Sony’s LDAC standards. Strip the soundbar down to its basics and you’d see three elliptical drivers for the left, center and right channels, with a total power output of 400W(claimed). No upward firing speakers, no wireless rear speakers, so you’re technically getting a 3.1 setup here. How then can the HT-G700 claim to support Dolby Atmos sound, to let you “hear sound from all directions with up-to-7.1.2-channel surround sound” without the rear speakers and upward firing drivers that are crucial to the experience? The truth is somewhere in between, and much of it has to do with all the tech Sony crams into its own Vertical Surround Engine and S-Force Pro Front Surround digital-sound-field-processing technologies. Both work in tandem to create the illusion of surround and upward firing speakers, taking a whole bunch of supported audio formats, from Dolby Digital to Dolby Atmos and DTS:X, and applying sound processing smarts to it. Sony takes it a step further, adding the ability to upscale any audio source to a full virtual 7.1.2 sound when you press the Immersive Audio Enhancement button on the remote. 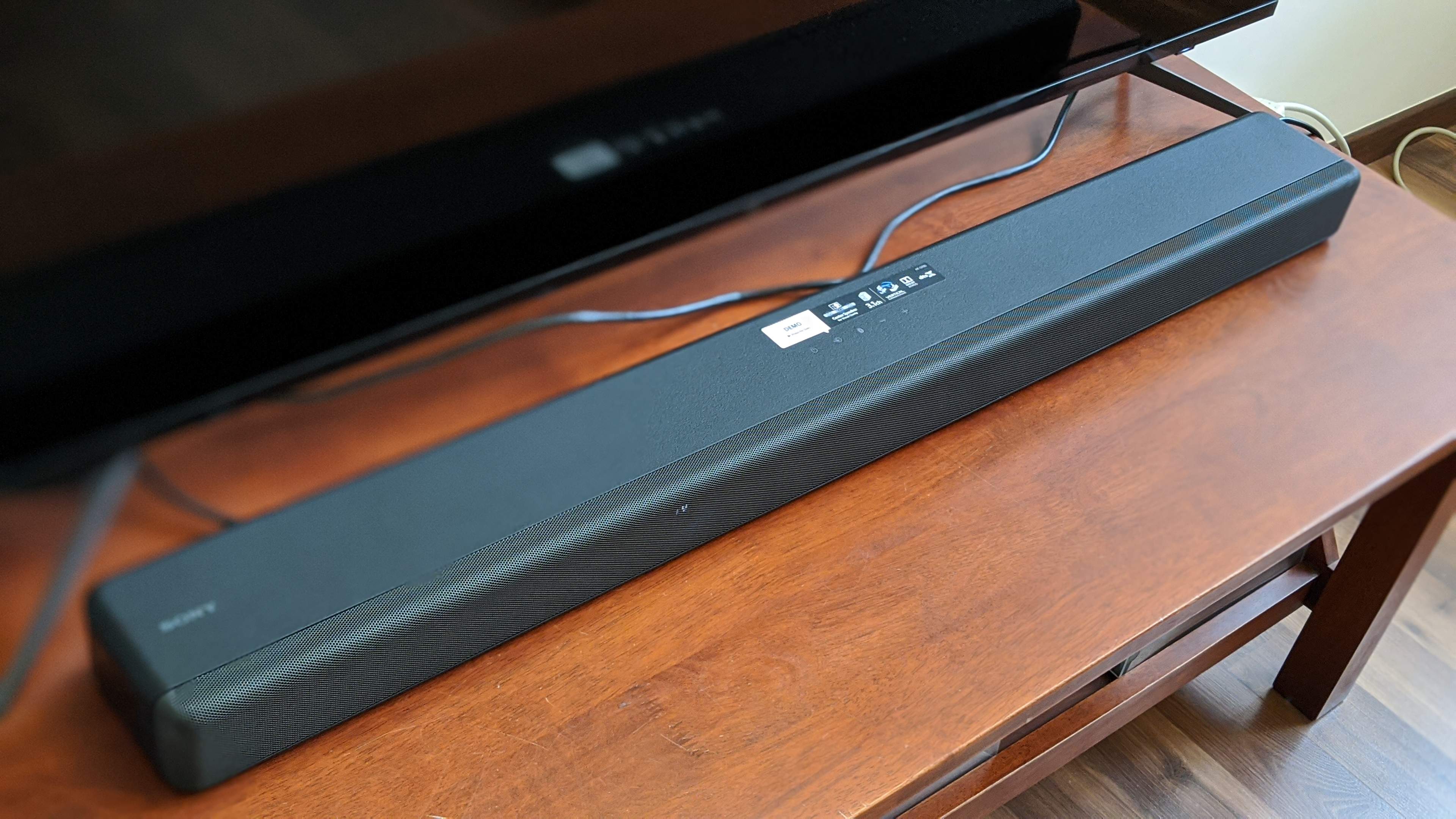 Too good to be true? It may sound misleading from what is essentially a 3.1 setup, but Sony has done a spectacular job at creating a sense of room-filling space. I lined up a bunch of Atmos movies such as Avengers: Infinity War, Mad Max: Fury Road and Deadpool, and in each, there was a distinct difference one could perceive, not only in terms of a wider, more enveloping soundstage, but also the virtualized vertical sound (like when the Avengers were flying overhead) did actually sound like it was coming from above. The audio takes an Atmos series like Netflix’s Our Planet, which is a visual spectacle as it is, a step up in the overall experience – more cinematic, more immersive. To be fair, while it may not compare favorably to actual physical rear speakers, the processing tech is surprisingly good, giving most viewers a seriously amped up audio experience no matter what TV audio you were starting off with. The convenience of the plug and play operation without running additional wiring is sure to appeal to folks with the lack of space or patience. 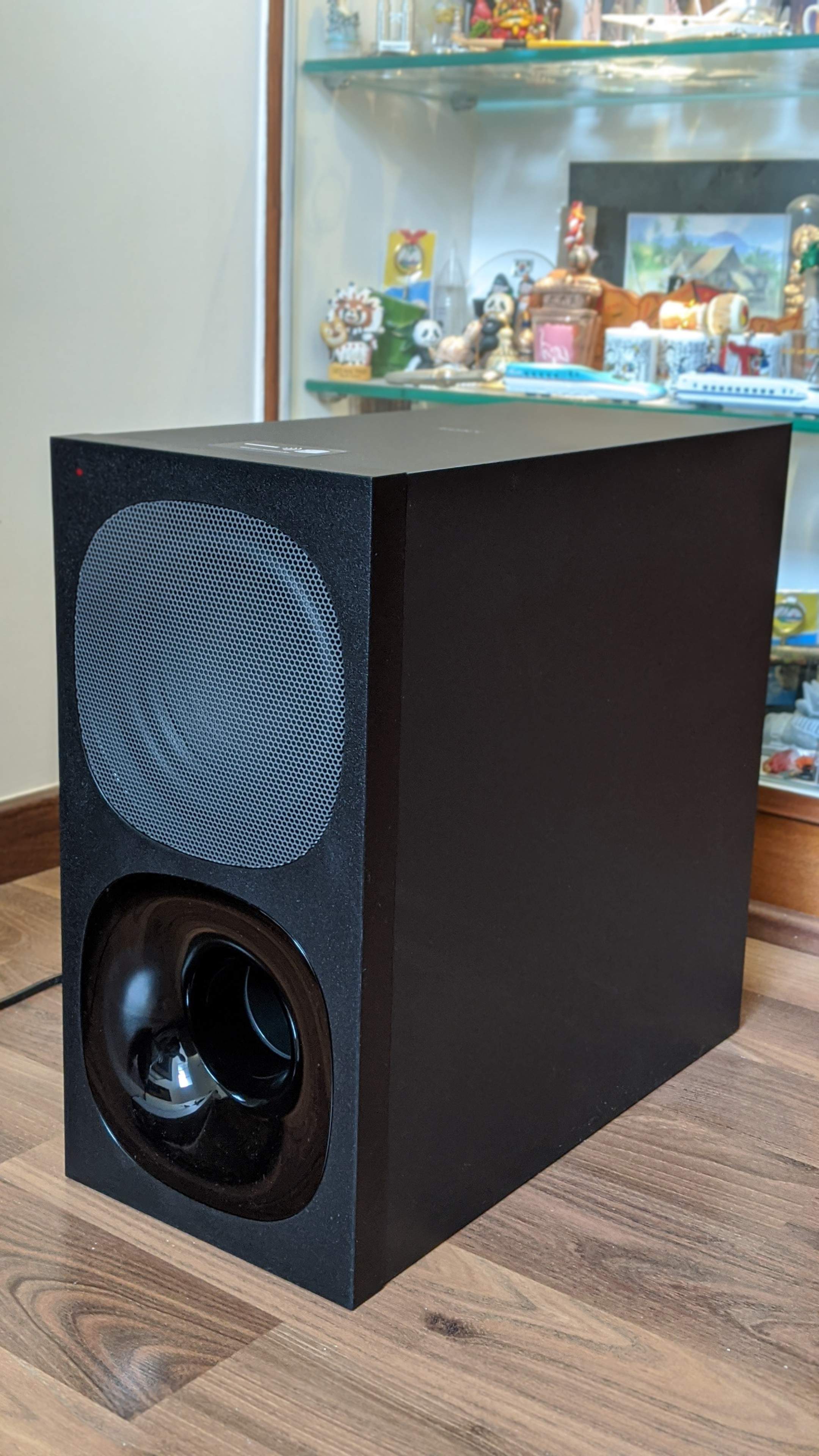 The subwoofer adds an enjoyable sense of heft to the whole experience, if a little too much at times. You can adjust the subwoofer’s volume should you wish, but out of the box, it’s fairly strong and excessive – the first time the gentle brachiosaurus landed on the ground in the original Jurassic Park scene, I nearly jumped in surprise! Voices get occasionally muffled, although the dedicated Voice mode can boost scenes with dialog in sitcoms and dramas. Connected over Bluetooth to your phone, the HT-G700 is pretty solid for music as well, with the soundbar and subwoofer delivering a pleasant balance of clarity and punch.

Overall, the HT-G700 impressed with its depth, scale and dynamics, all of which are vital to recreate the experience you’d want to go with your large screen TV. At the price, this is an ideal companion for a high-end, big screen 4K TV that would have splurged on, particularly if you’re high on convenience.