OnePlus 9 review: Should you settle?

The OnePlus 9 Pro is clearly the star attraction for the 9 series lineup, the one with all the bells and whistles and all the stops pulled out. Then there’s the OnePlus 9R that slots in at an aggressive sub-40,000 price point to take the legacy of the OnePlus 8T forward and take on the likes of the Mi 10T Pro. Where does that leave the vanilla OnePlus 9, which sees the benefits of the Hasselblad partnership and the latest silicon from Qualcomm, but comes with a significant price hike that puts it uncomfortably close to the half-a-lakh price point around which last year’s excellent OnePlus 8 Pro flagship operates? Who is the neither-here-nor-there middle child meant for, and does it justify the sticker shock for a vanilla OnePlus device? Taking strong design cues from its predecessor, the OnePlus 9 is best described as a OnePlus 8T that’s undergone a nip-and-tuck procedure – it’s slimmer, a shade narrower and lighter than the 8T, but with same premium finish and in-hand feel as the OnePlus 9 Pro…and the same highly reflective glossy finish on the Winter Mist colorway I had in for review. The camera module has a sense of uniformity with the pricier Pro with pronounced camera bump with the Hasselblad branding, and I’m glad the color science improvements weren’t a Pro-only exclusive. You’re not going to get the IP certification or the cool-to-the-touch metal frame of the Pro (it’s plastic) but shortchanging the India variant in terms of wireless charging is odd, particularly given that there’s a price increase and the fact that the US variant offers 15W wireless charging as standard. The other noticeable design difference is the use of a flat-edged panel which quite frankly makes the phone easier to hold without the odd chance of accidental screen touches. 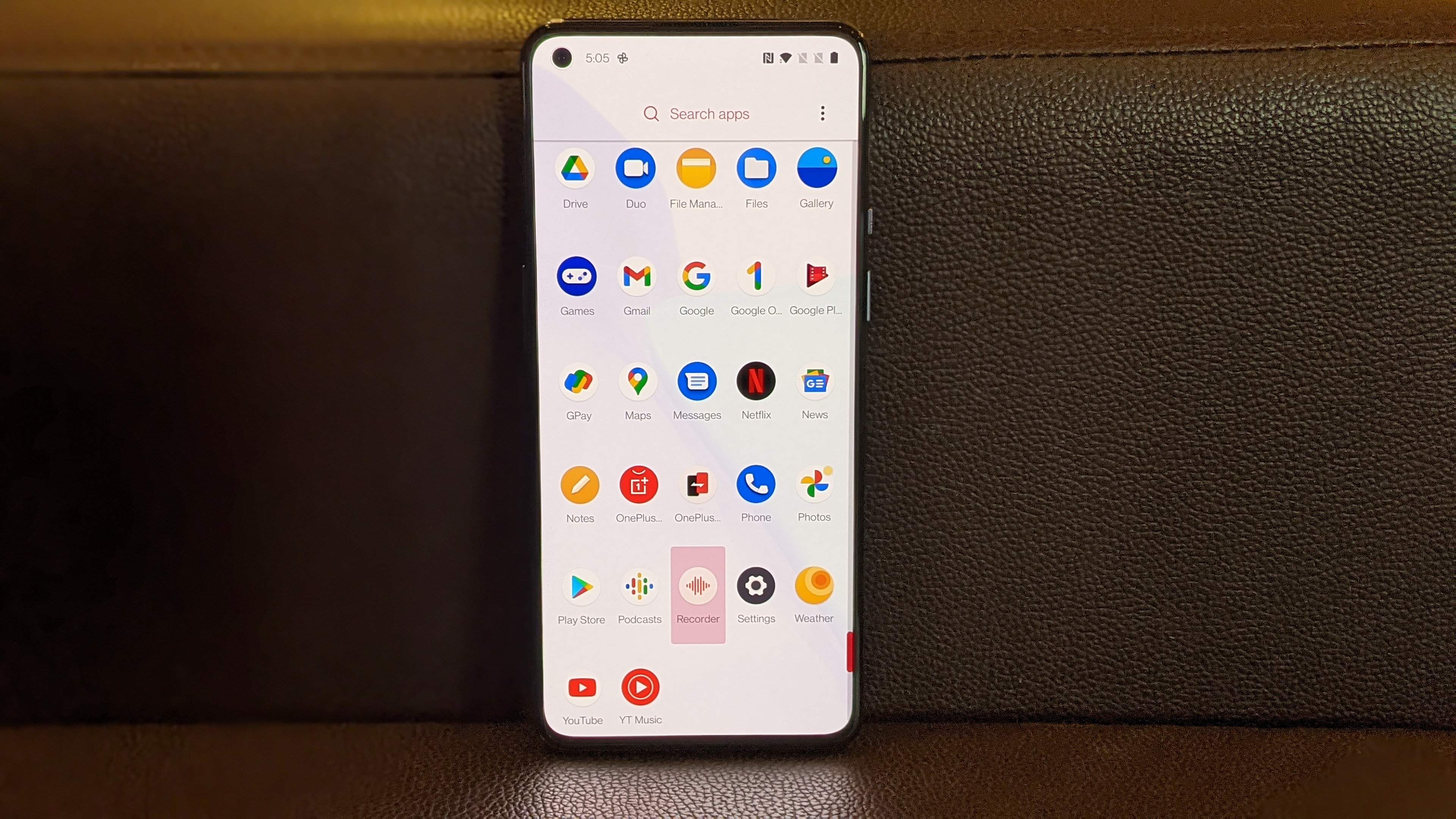 About that display. The 6.55-inch, full HD+ AMOLED display lacks the fancy LTPO adaptive refresh rate tech and the quad HD+ resolution of the OnePlus 9 Pro, but it can run at 120Hz and gets plenty bright at 1100 nits peak brightness while watching HDR content (it supports HDR10+ content). Aiding the viewing experience is a dual speaker setup which gets plenty loud, if not as well rounded as the Pro. One thing worth noting, the 120Hz fixed refresh rate option may drain juice quicker than on the 9 Pro, but it’s tech OnePlus has mastered (as opposed to the first-time adaptive refresh rate they’ve tried on the 9 Pro), so the end result is an overall smoother experience. There’s a snappy in-display optical fingerprint scanner for authentication, which unlocks the phone plenty fast. 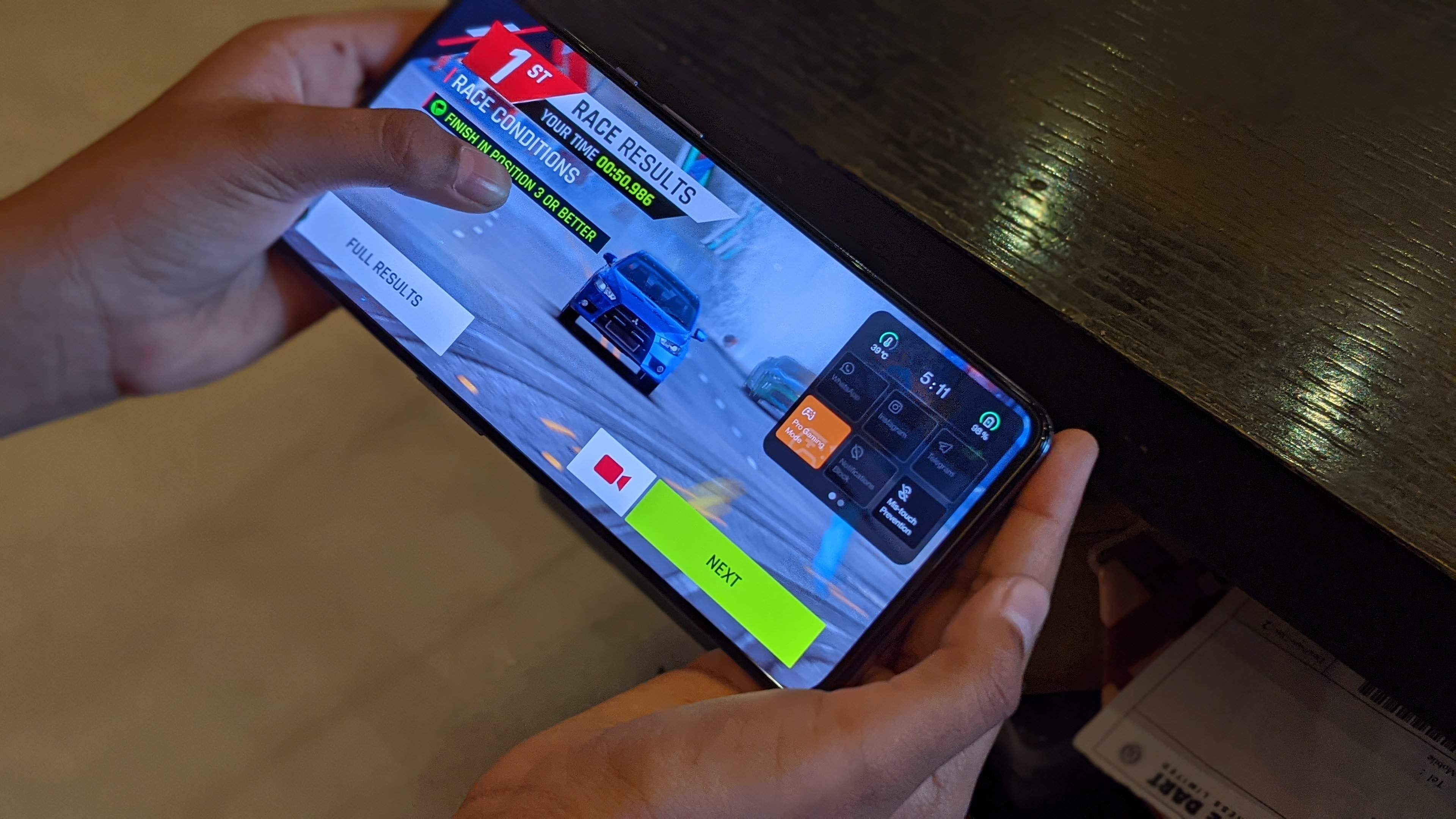 Yet, for the obvious cuts in the design and display department, the OnePlus 9 is no slouch in the performance department, with the latest Qualcomm Snapdragon 888 5G chipset and the new Adreno 660 graphics. Coupled with 8 or 12GB of LPDDR5 RAM, 128 or 256GB of fast UFS 3.1 storage and optimizations like Turbo Boost and Virtual RAM which allow you to keep more background apps in memory, the phone handles like a charm and doesn’t even veer to the warmer side like the Pro occasionally does. Oxygen OS 11 based on Android 11 is slick as a whistle, but the point that I made about software updates in the OnePlus 9 Pro review – their frequency and regularity, particularly when compared to a resurgent Samsung – needs attention. Credit where it’s due – OxygenOS is a masterclass in software (and bloatware) restraint and using the Google Discover feed on the -1 screen is a big plus in my books. Battery life is similar to the OnePlus 9 Pro, between 5-6 hours of screen-on-time with the 4500mAh battery and the insanely fast 65W charging which takes it from 0 to 100 in 30 minutes flat! No wireless charging, as I noted earlier. 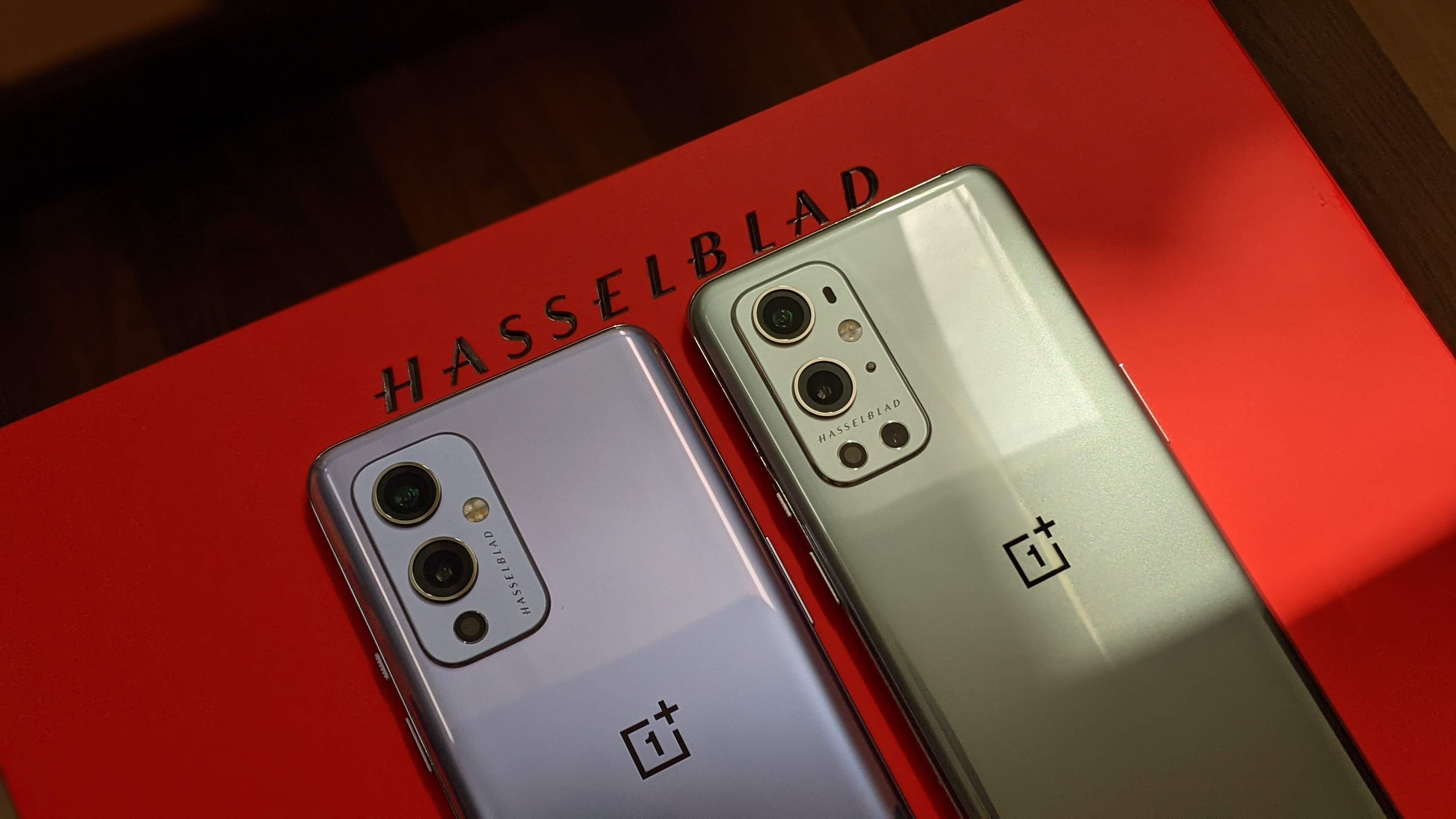 The cameras on the OnePlus 9 don’t just benefit from the Hasselblad color management expertise that we’ve seen on the Pro – there are several improvements to the physical sensors from the 8T to the 9. To begin with, the 48MP IMX689 main sensor is the same as last year's OnePlus 8 Pro, and the OnePlus 9 shares the new 50MP ultra-wide sensor (with Freeform lens) with this year's 9 Pro model. Gone is the lousy 2MP macro from last year, replaced by the 2MP monochrome that one could argue is as pointless, but you can achieve a better macro shooting effect with the 50MP ultra-wide shooter at close range. 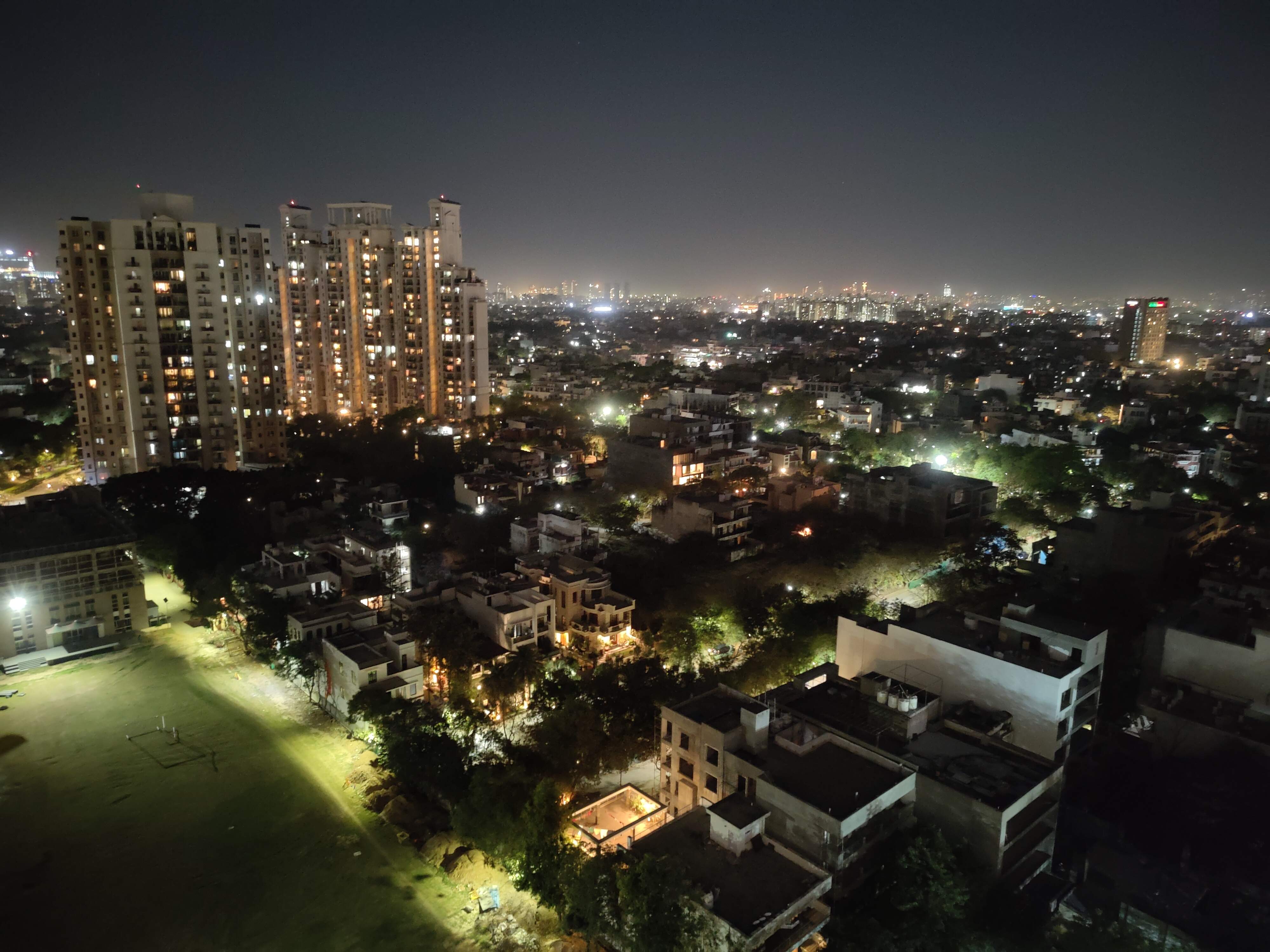 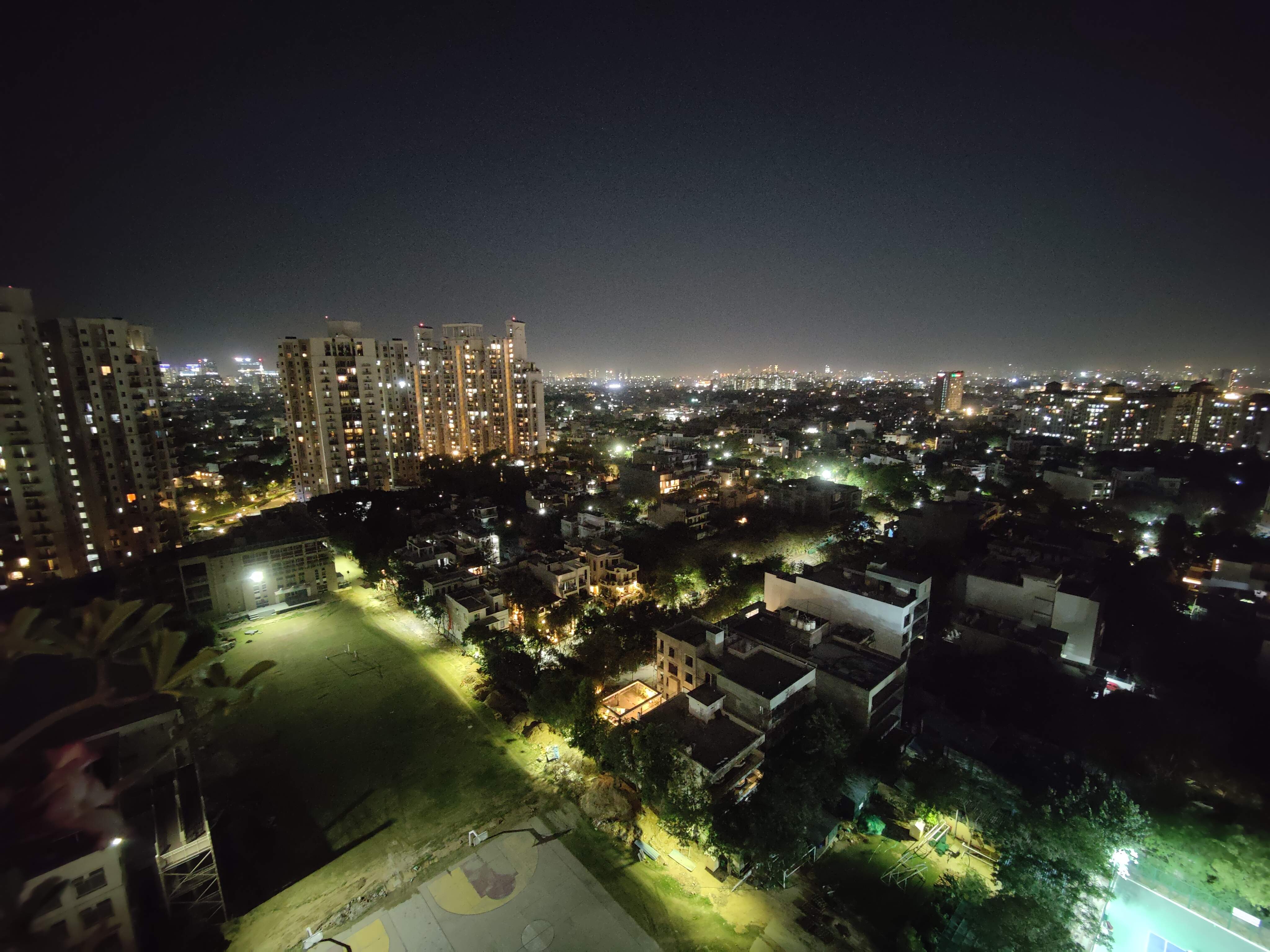 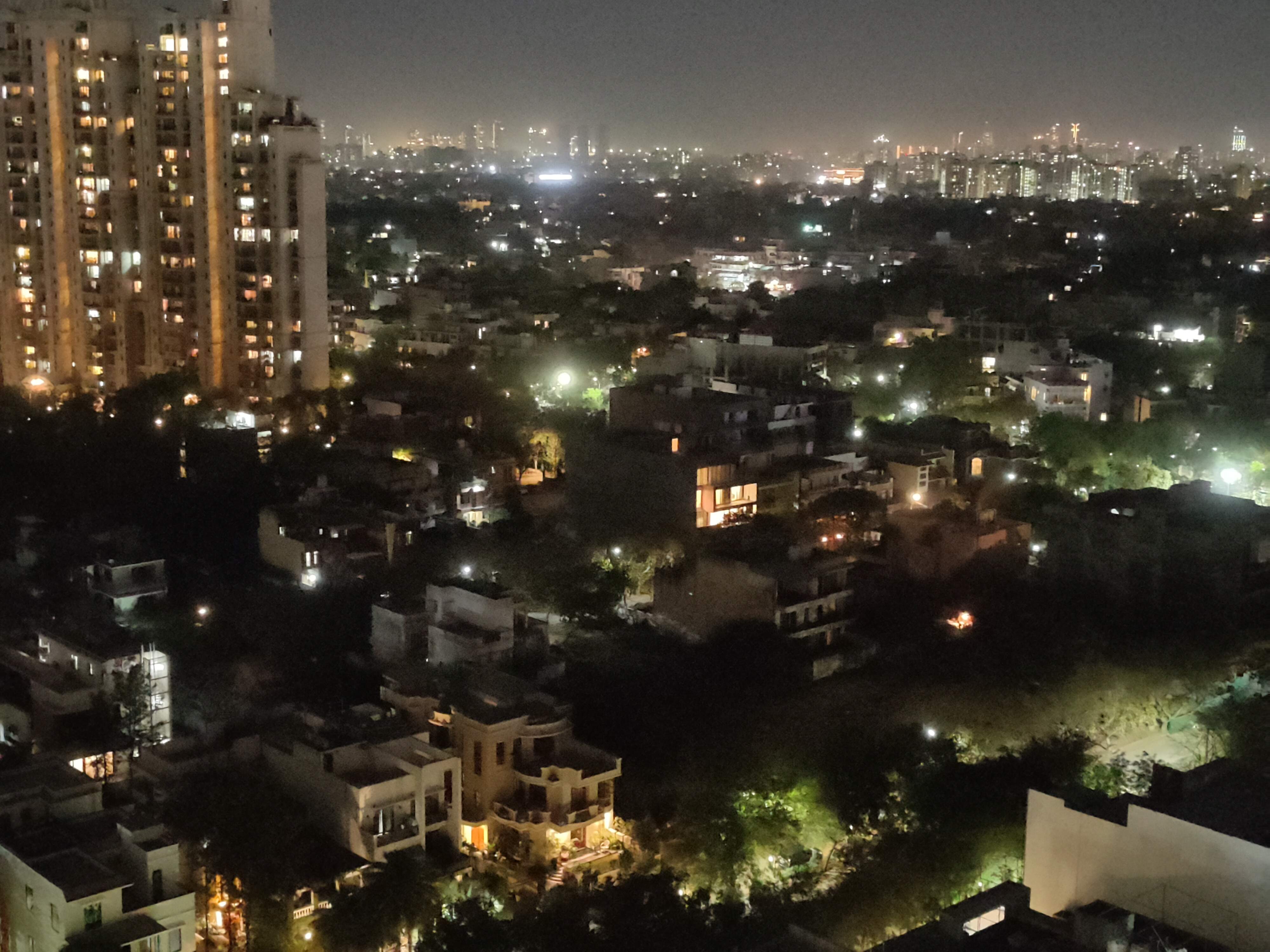 When compared to the 9 Pro, the differences in the primary shooters show themselves in daylight and low-light images. The 9’s images are sharp and detailed, but the saturation is cranked up a bit more than on the 9 Pro. Dynamic range performance was similar, in that it exposed the tendency of the OnePlus 9 series camera system to crush the shadows. The lack of OIS and laser autofocus – the 9 only has electronic image stabilization, a baffling exclusion again – meant a fair amount of focus hinting and softer image details in low-light shots. Where the OnePlus 9 doesn’t scrimp is the ultra-wide, delivering shots which are as detailed and color accurate as the pricier Pro. If you’re typically found shooting landscapes and cityscapes, you’re not going to be disappointed. Video is a shade better on the 9 Pro, both in terms of handling HDR and OIS. The selfie camera is very middling, almost a shade worse than the Pro. All in all, the camera performance is good, but it comes up against strong competition from the likes of the OnePlus 8 Pro, the Mi 10 and the S20 FE 5G (review out soon). 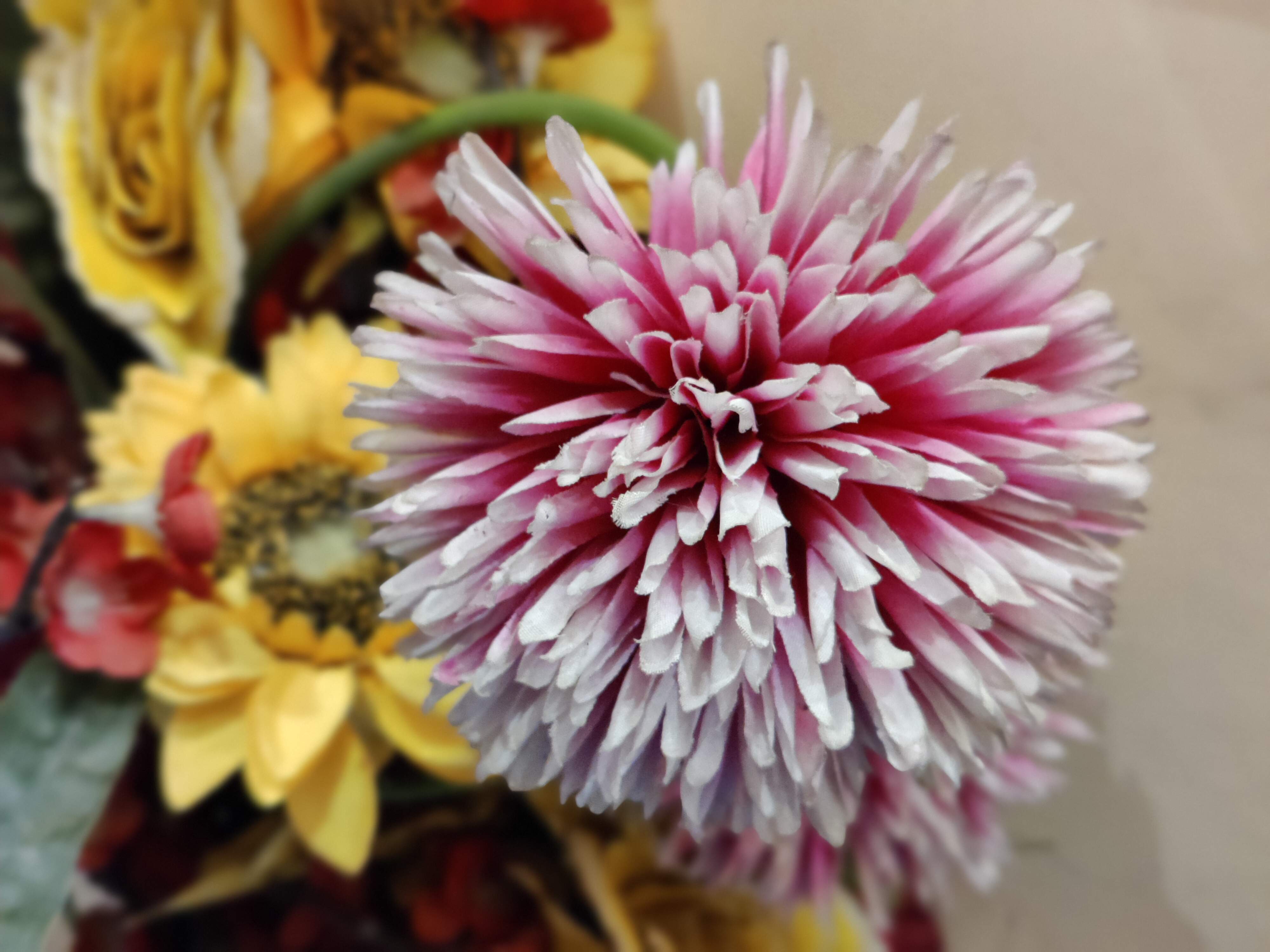 Here’s where it gets tricky – does the OnePlus 9 earn a recommendation in as unqualified a fashion as the OnePlus 8T did last year? Not exactly. Since the OnePlus 7 series where the Pro variant was introduced, the non-Pro model was targeted at mainstream, value-oriented buyers, but with the 9 series starting at Rs. 50,000, these land in premium territory in a sort of no-man’s land. The price bump takes it precariously close not only to the still somewhat superior OnePlus 8 Pro from last year, which would be my pick between the two. The compromises OnePlus has made on this model make an outright recommendation difficult, more so when it lands at a price where a number of extremely credible competitors roam the landscape.

Cons: Haptics not as great as the Pro, no IP rating or wireless charging, average selfie camera and OIS missing on main camera, priced too close to the superior 8 Pro