Baklava. The flaky fluffy pastry filled with crunchy nuts and covered in thick honey has found favour in many cuisines outside of its royal parentage in the Ottoman Empire defying the number of countries that claim its origin. That’s how in the city, where a small populace from Central, Asia and the Middle East resides, it’s not unusual to find the dessert landing on your plate after a hearty meal of mandi or Kabsa, but if you try finding Barazk or Mamool it’s difficult to find the same in the restaurants that serve Arabic platter. It’s interesting to see the café and store ‘Gourmet Baklava’ at Road No. 3, Banjara Hills serving an assortment of these desserts and more from the region. We discover that savouring tidbits of the same with a steaming hot cup of dark-as-death Turkish coffee is quite an experience in itself. Look inside
The café looks quaint and cosy with its milky white French doors and windows blending well with the same colour furniture inside. The walls are kept nude except for a large framed description of the origin of baklava. Half of the café area is covered by counters of varieties of desserts on offer. The wall behind the counter has simple decoration of Persian and Turkish carafes in gleaming brass, while the tall dark cast iron Victorian lamppost at the entrance offers a vintage vibe. 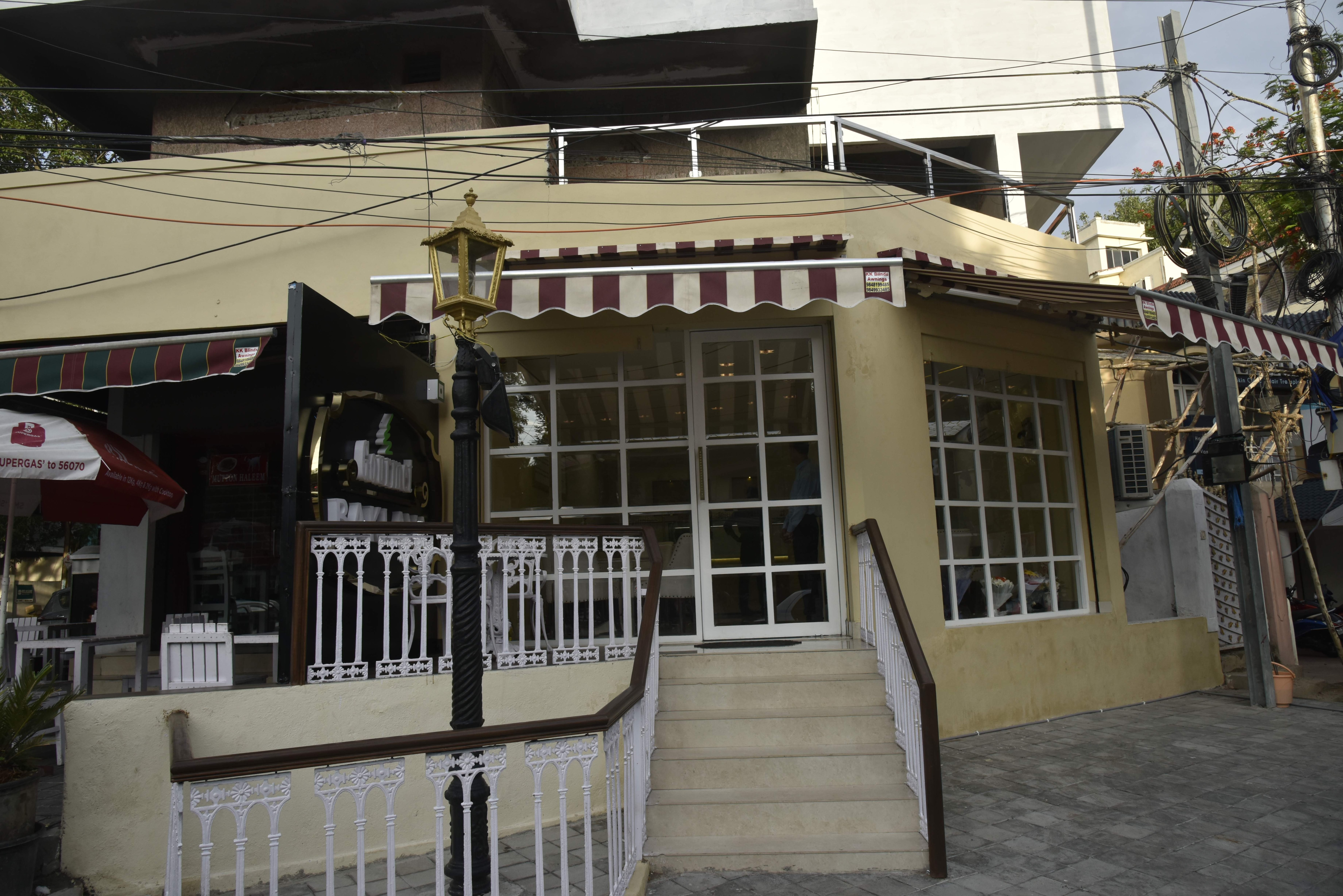 Oh, so sweet!
As you step inside the place, a bouquet of aromas waft across, welcoming us into a world of thick sweetness. We see plates of star-shaped baklava, chocolate baklava, kunafa and an array of other delights kept on the counter ready to be picked up. We pick Pistachio Baklava and Ladies Finger. The phyllo wraps were delicate and the nuts filled inside had retained their crunchiness even after they were drenched in honey. They have their own manufacturing unit in the city and chef MJ Alsafeen, a native of Jordan shares, “It takes 16 phyllo sheets to make near-to-perfect baklava. The ratio of dough, kunafa-salt, honey and nuts has to be accurate to get the perfect results.” Adds the managing director Imtiaz Ali Siddiqui, “We make our own phyllo sheets. The dough is divided into 16 to 24 sheets and is brushed with ghee, cream and honey. After that they are put atop one another till it’s 5 feet long. The filling is done accordingly.” Use of a lot of pine, nuts, walnuts, pistachios and almonds is due to the availability and abundant growth of these in the Mediterranean region where most of these desserts originate from. 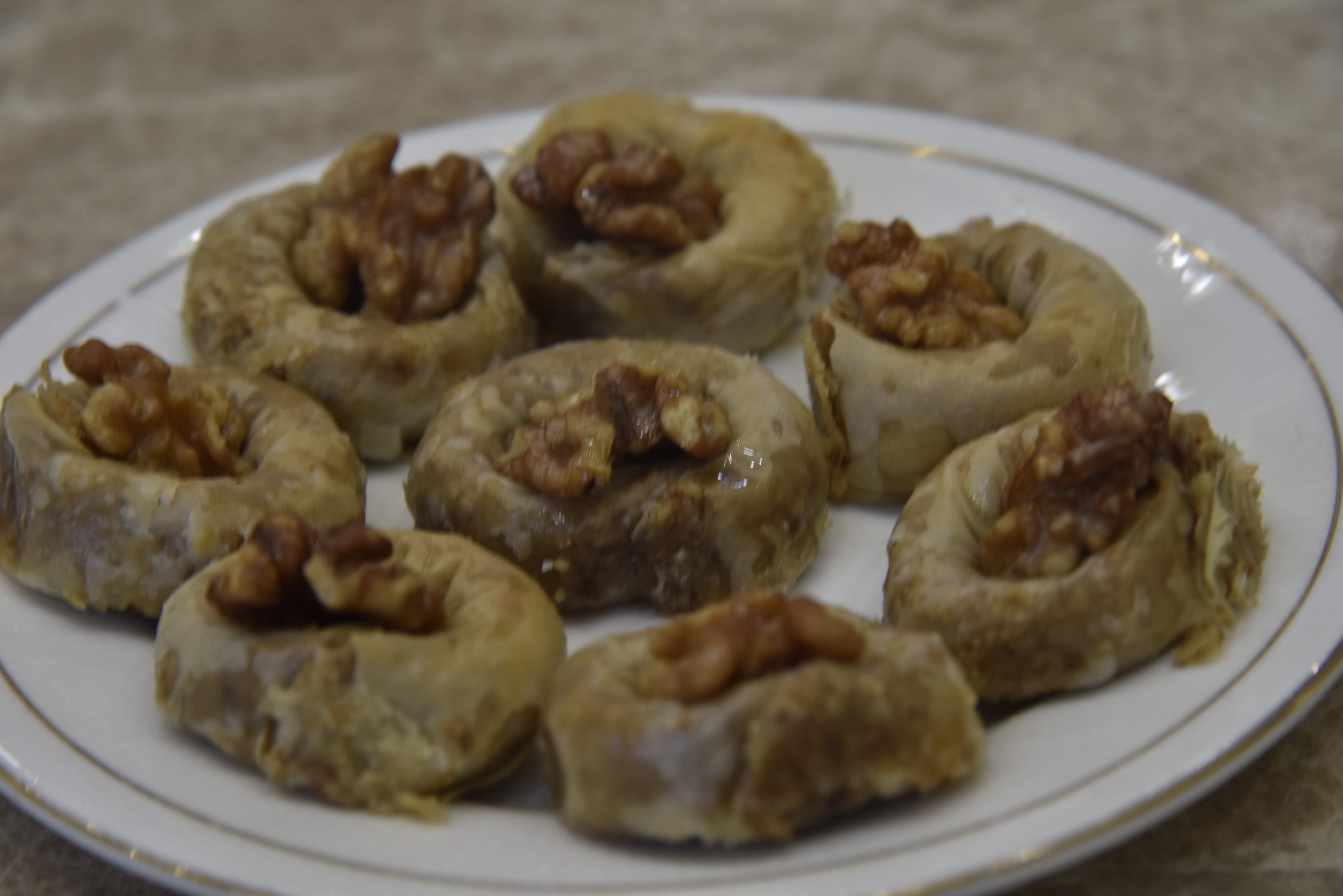 The variety
It’s good news for vegetarians: no eggs are used in making these desserts. However, lot of cheese is used in the preparation of Kunafa-Bel-Jebna and Kunafa Nebulsiya. The cheese Nebulsiya is prepared in a special way. “It takes six hours to make the elastic texture of the cheese so that it doesn’t melt or absorb when exposed to heat,” shares Imtiaz introducing us to another delight Walnut Burma (pronounced as boorma) which consisting of dry fruits wrapped in a mixture of vermicelli and then fried in ghee. We tasted Barazk - a Turkish biscotto wrapped in sesame seeds, filled with pine nuts, walnuts and pistachios tasted good enough to be had with a cup of steaming hot coffee. The sweetness was minimal and the taste lingered. They also have Garaiba- small milky cookies stuffed with pistachios.