Mumbai, Feb 15: After a successful London launch, the book Honour Bound – Adventures of an Indian Lawyer in the English Courts was released in Mumbai at a special event at Mumbai Press Club, Azad Maidan, earlier on 6 February. The book was released by the Chairman of the Godrej Group, Adi Godrej.

Harper Collins India’s Honour Bound is the official story of one of India’s leading lawyer in the United Kingdom, Sarosh Zaiwalla, the Mumbai-born founder and senior partner of the City of London solicitors’ firm Zaiwalla & Co LLP.

Within this elegantly written, detailed account of legal adventures, success, mishaps, trials and tribulations, Sarosh Zaiwalla’s story spotlights the journey of an Indian solicitor vying for the biggest cases overseas as a non-English national.

His memoirs will bring readers closer to the world of a highly successful Indian lawyer in a foreign land, with an international client base.

It is an insightful diary of the adventures of the international law firm based at the heart of London’s legal district.

The release was followed by a panel discussion, which was a literary feast as it included many aficionados of the writing world.

Also asked for his opinion on how to deal with the long delays in the Indian judicial system, panellist Sarosh Zaiwalla remarked: "Change needs to come from within the judiciary and not from legislation in parliament."

He advocated judges should take a firm line on adjournment of hearings and impose heavy costs on parties seeking unjustified postponements. 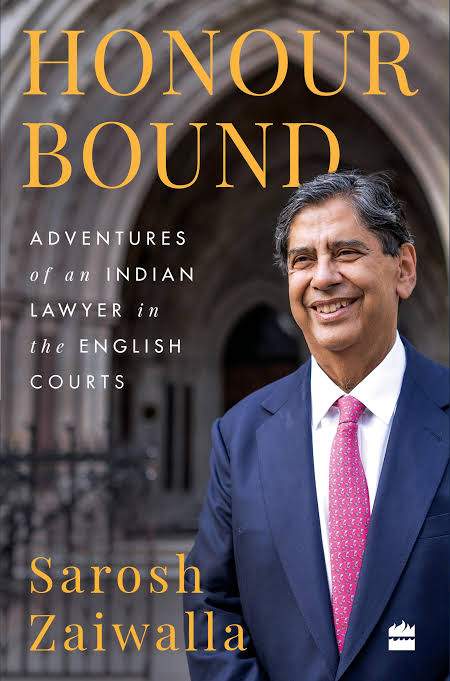 He even narrated how Gavaskar was a fast bowler in his younger days and trapped him leg before wicket in a cricket match in their school days.