Ashwin Gopakumar is fairly confident when he says When Chai Met Toast has no haters and it would be unreasonable to disagree. “There may be people who don't dig our music but we certainly don't have ‘haters’. We might not suit some people's taste, which is perfectly fine. We are not for everyone. It's not like we are jalebi," quips the vocalist of WCMT, the four-year-old quartet that also features Achyuth Jaigopal on guitar and banjo, Palee Francis on keys, Pai Sailesh on drums.

Since its inception in 2016, the Kerala-based folk-rock outfit's following has seen a steady rise. After their debut EP, Joy of Little Things (2017) followed by Believe in 2018, the band’s latest offering, May Be I Can Fly comes off as a source of solace to the fans who have been missing their infectious gigs. The single, the first of eight songs from the band's first full-length album When We Feel Young, is an uptempo track that's brimming with hope in its lyrics. However the song was not inspired by or tailor-made for the lockdown, says Ashwin."This was not something that was planned during the lockdown. We started writing the songs probably a year and a half ago. From that point, we have been working on them -- tweaking it, making it better, trying different things on it. All four of us were in a creatively blocked space because we were continuously gigging and touring across the country. In between all the travel, the only time we would get to jam was during the sound checks. But with the lockdown, we have got some time to go back to the tracks, sit through it and see what’s wrong. In a way, this has given us the time and space to take all the creative freedom with our tracks. We got to break it apart, tear it down, give a completely different structure to it and add more interesting things to it."

The cheerful track -- with its catchy tune, vocal harmonies and rich instrumental backing -- although stays true to the band's repertoire, comes with fresh elements like electric guitar riffs and synth work. When asked if the band's attempting to break out of their signature styles, Ashwin answers, "As a band, we are constantly evolving. What we listen to changes, the source of music changes and moreover, we are very much into experimenting with our sound. That is how we found out a ‘guitar and a banjo’ combination in the first place and later the ‘guitar and a ukulele’ combo. When Achyuth recently went to Europe, he got an electric guitar and also a Charango, which is a south American-Latin folk instrument and we have used those in this song. We do love to add more soundscapes to our songs but while keeping our sonic element in the depth of it. And that's why this album, I would say, has everything that a WCMT song has but in a different flavour."

As for managing production during the lockdown, Ashwin says, “We had some four to five songs recorded even before the lockdown started. In between when the lockdown had eased, we recorded the rest. With the pandemic going on, gigs don't seem like a possibility anytime in the near future. In the meantime we want to release more music so finally when they get to come to our gig, they have more music to sing along with.”

While admitting how terribly the band misses being on stage, Ashwin shares, “There was a time we used to wish for a break from the continuous gigs. At one point, we even played around five gigs in a week. It was a ridiculous travel routine. And when suddenly we got a three-month break, we didn't know what to do with all the time."

"We don't get to jam as much so what we do is sit at home and write. Apart from that, we are all learning different things now. Like, I’m learning the piano, Achyuth is working on his guitar, Palee has bought a new synthesiser and Sailesh has gotten himself a new kit to work on. We have written a bunch of new things and actually have another set of four songs for a possible EP. It’s been a productive lockdown." 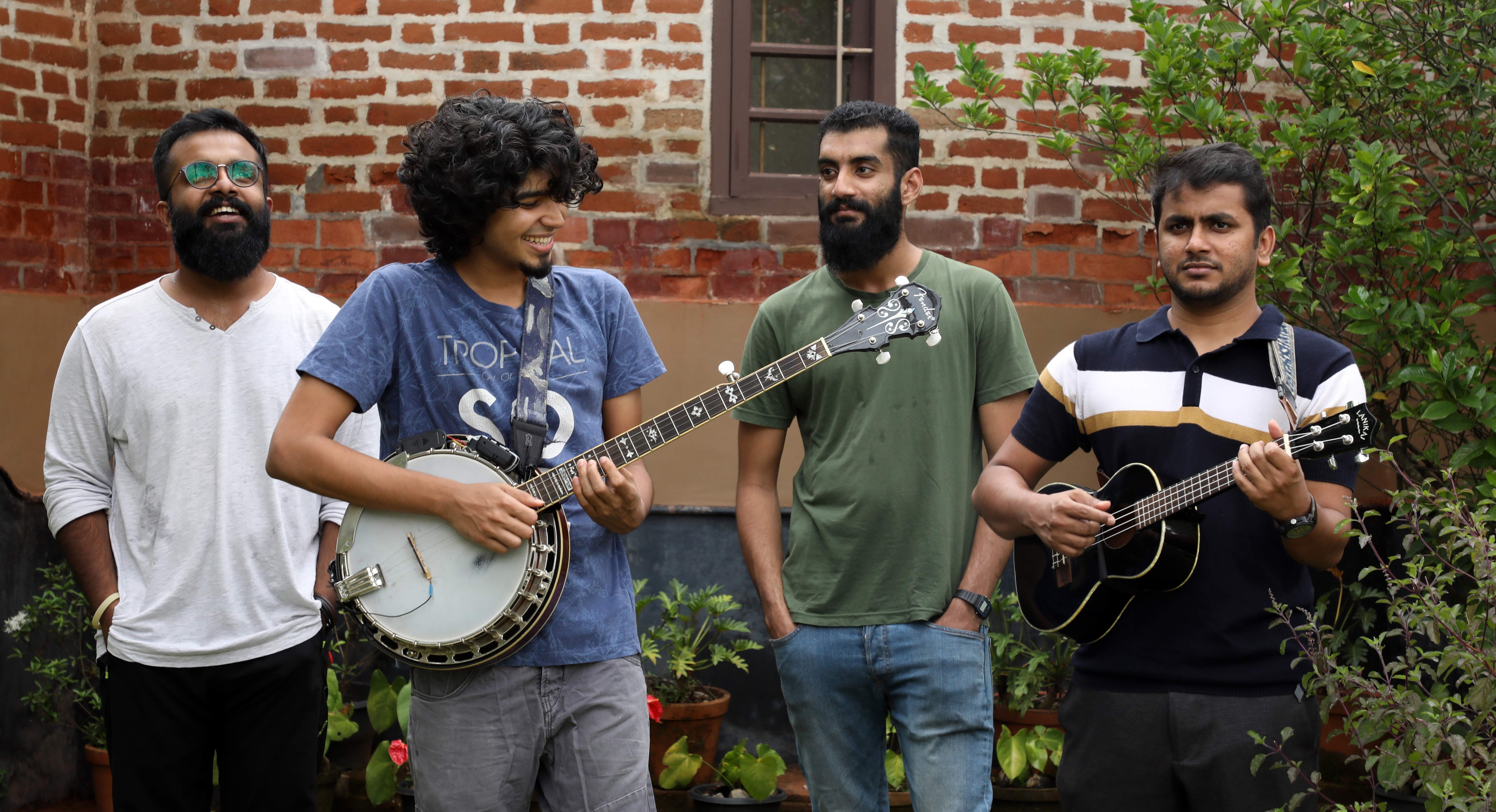 Talking further about the album that is expected to be out towards the end of this year, Ashwin shares, "When you are young, you go through a lot of different emotions. You are happy when you are with friends, you fight with your parents, you fall in love, you break up. The songs talk about all that and everybody will relate to it in a different way. The four of us have had different past and experiences and there is also a future that we see for ourselves. Those are the things we have worked with. Overall, the album represents feeling young and it is sonically produced that way."

And is it a conscious decision to make their songs relatable? “Not really. Songwriting is a process where we make our personal feelings come out. If I write something, it goes to all three of them as well. The question we ask is if the others are also able to relate to what one person wrote. If you look at our previous songs, we never narrow it down to one thing. Even though the song will have a direction to it, it will always be dealt with a broader perspective. For instance, Maybe I Can Fly is about having a good time with your friends-- everybody has that set of friends who stays with you throughout, no matter what. So it becomes relatable," he adds while giving us a hint to expect the next song within the coming two weeks.