Mumbai, May 5 (IANS): India's star-studded 'I For India' online concert, held in support of frontline workers of the COVID-19 battle on Sunday night, has raised a whopping INR 52 crore in donations so far, and still counting.

The image posted by the stars read: "I for India: The Concert For Our Times, raises Rs 52 crore (and counting)."

It went on to reveal that: "I for India becomes world's biggest live fundraiser on Facebook by raising Rs 4.3 crore online (and counting). Corporate donors and philanthropists donate Rs 47.77 crore (and counting). I for India continues to get overwhelming attention and support from the world over. 100% of proceeds go to GiveIndia for COVID-19 relief work."

The stars posted a thank you note for the fans, too.

I For India, the mega fundraiser concerts, which was live-streamed on Facebook on Sunday, saw a massive Hollywood and Bollywood participation. 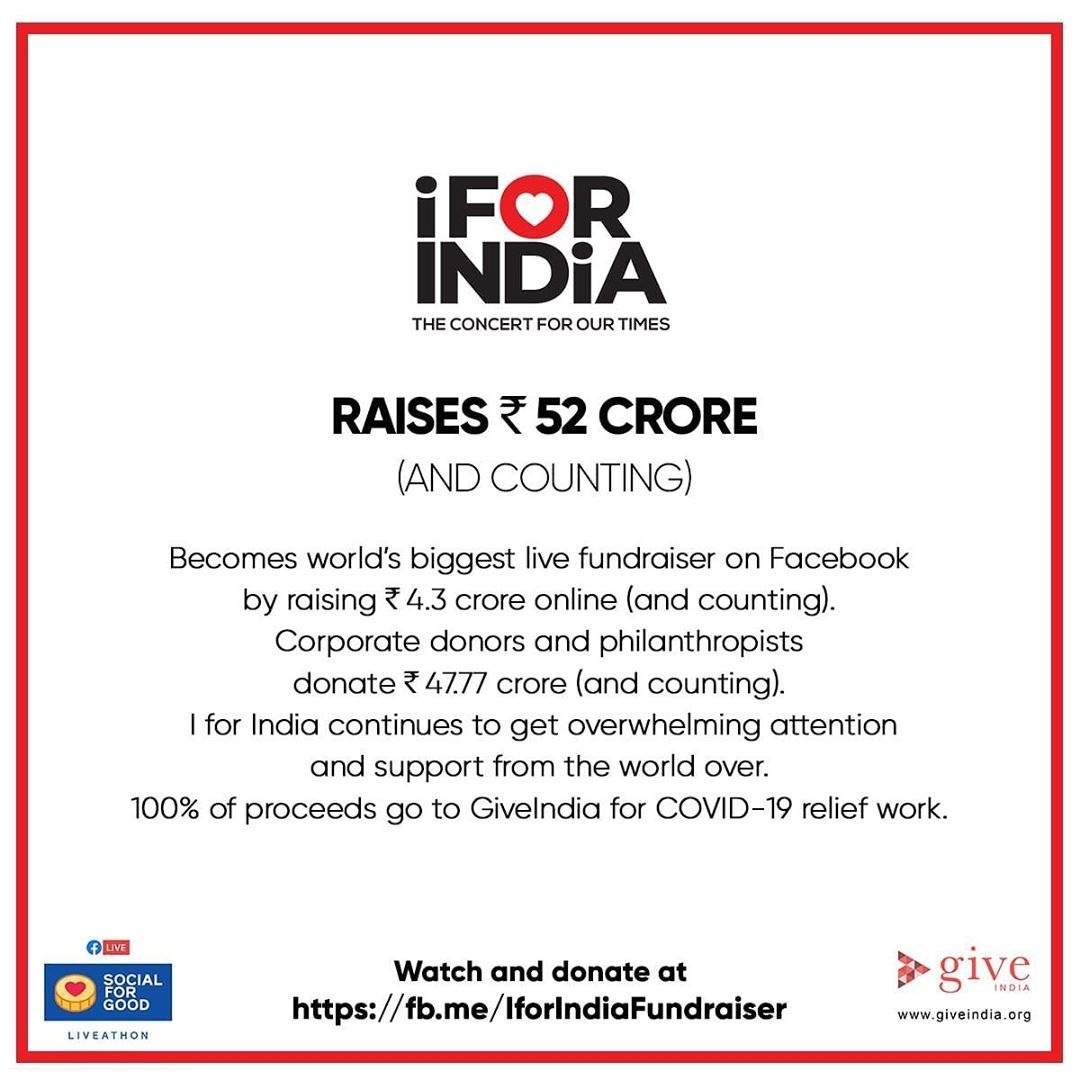 Everyone did their bit to entertain the audience while performing at the noble show, which was organised by filmmakers Karan Johar and Zoya Akhtar.