‘CBS Presents Oprah with Meghan and Harry’, the explosive interview that saw the Duchess of Sussex Meghan Markle making serious accusations of racism and lack of support by the UK royal family, will be broadcast in India on Colors Infinity on March 28, 2021, at 8 PM.

The show features Oprah Winfrey speaking with Meghan about a variety of topics, including life as a royal, her marriage to Prince Harry, motherhood, philanthropic work, and how she is handling life under intense public pressure. Later, the two will be joined by Prince Harry as they speak about their move to the United States and their future hopes and dreams for their expanding family.

However, while these topics appear to be seemingly harmless, the actual interview went viral on social media after it was telecast in other countries on March 7, because it had Meghan accusing the British royals of being racist and cold towards her and her one-year-old son, Archie. She added that the royal family had been “concerned” over whether her child would have “dark skin.”

Also read: “I don’t think the British royals are racist,” says Meghan Markle’s father as he dismisses her allegations

She also said the royal family had discussed not offering security for baby Archie.

Speaking at length about this issue, Meghan said, “In those months when I was pregnant, we have in tandem the conversation of, ‘He won’t be given security. He’s not going to be given a title,’ and also concerns and conversations about how dark his skin might be when he’s born,” she said, adding that while the couple didn’t refuse for the official photo when Archie was born, Meghan was scared for his safety.

“There was a lot of fear surrounding it. I was very scared of having to offer up our baby, knowing they weren’t going to be kept safe,” she said. 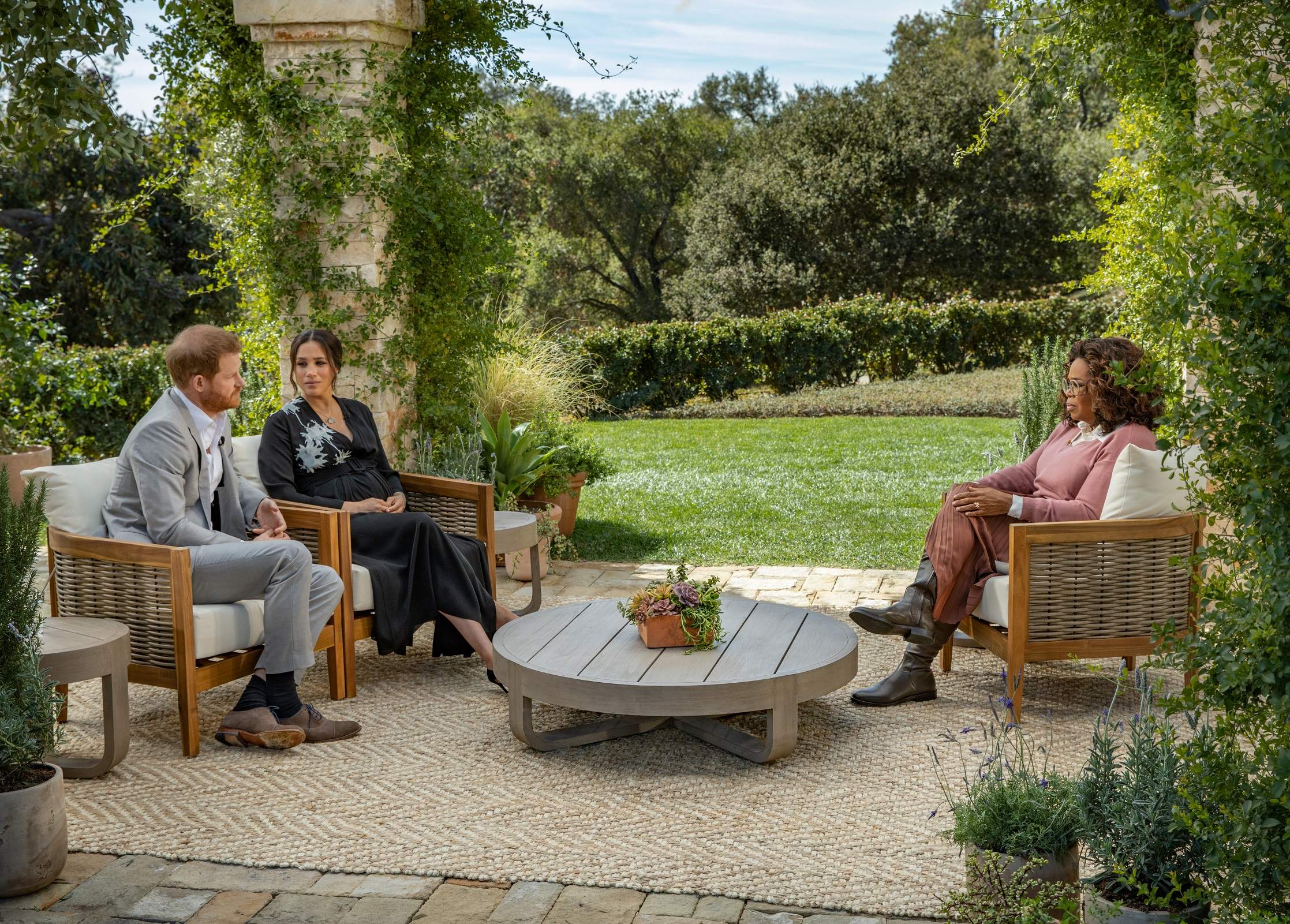 Moving on to talk about how the “toxic British press” had added more pressure for the couple on top of the existing public scrutiny, Meghan said, “That’s what was really tricky over those past few years, is when perception and reality are two very different things. And you’re being judged on the perception, but you’re living the reality of it,” she explained.

The duchess said she felt alone fighting constant media speculation and “falsehoods perpetuated" by “the firm” (the royals).

Also read: After Meghan Markle’s claims about racism, Buckingham Palace says issues will be addressed by the family “privately”

Meghan added that the growing scrutiny also had a damaging effect on her mental health, and she claimed she had been having suicidal thoughts when she was pregnant.

“I was ashamed to say it at the time I just didn’t want to be alive any more. And that was a very real and clear, and frightening and constant thought,” she said, adding that the Palace refused to protect her.

“My regret is believing them when they said I would be protected,” a teary-eyed Meghan said to Oprah.

Media sources said the interview was viewed by an average of 11.1 million people in the UK.

The repeat telecast in India is scheduled for April 4 at 8 PM. The interview will also be available on Colors Infinity TV on Voot Select.