Harshvardhan Rane talks about recovering from COVID-19, coming back to the film sets and adopting a cat

Just before the release of Taish — a film by Bejoy Nambiar that released as a film as well as a six-episode series on Zee5 — actor Harshvardhan Rane, who plays a key role, fell ill. He missed out on promotions as he was being been treated at an intensive care unit, on oxygen support and battling coronavirus. It takes oodles of tenacity to take a brush with COVID-19 in one’s stride positively. “Experiences, be it good or bad, teach you so much. You have to go through various experiences and only then you tend to understand things better,” says Harsh, rather philosophically, looking back at the last few days. The Sanam Teri Kasam actor even managed to dub for the film from the hospital. Later, when the film released it proved to be was quite the turning point for him, as he is said to have overshadowed several well-known actors in the ensemble cast. 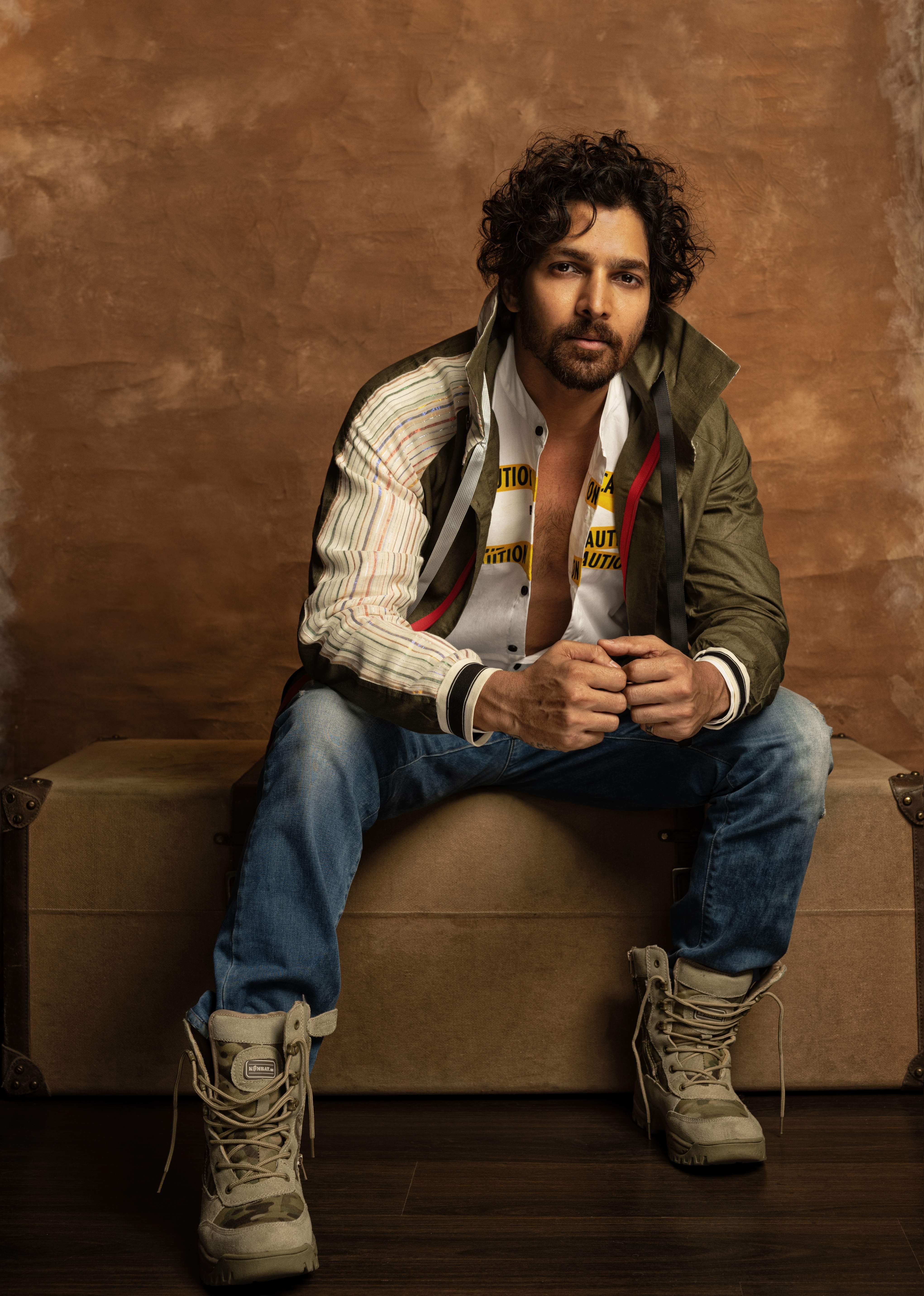 Being Pali
With his enactment of Pali Brar, an angsty Punjabi-gangster, he managed to tug at the heartstrings of his audience. “It was heartening to know people liked me in this role. After Paltan in 2018, I would often get asked, why I didn’t do a lot of work. Hence, I am happy that people who care about me liked my work,” says the actor. Meanwhile, he informs us that long before he even contacted the virus, he had isolated himself and stayed alone for days just to get into the skin of the character for Pali. His look with braided hair, stubble and tattoos was also quite the talking point as much as his ability to be one with the character. He wanted to sink his teeth into the role of Pali, hence he wanted to be in touch with his internal rage  —  an emotion that shaped the character. “After Bejoy narrated the film to me, I found myself instantly connecting with Pali. I have observed rage closely in my life,” says the actor born in Rajahmundry, Andhra Pradesh, who left home at the age of 16. He gets candid about his past and shares,  “I have bottled up rage in the past. I left home early where I was staying with my father and I ran away to join films,” says the Fidaa actor. He hired a bungalow, switched his phone off and made pages of notes as a backstory for Pali — the Punjabi anti-hero from Southhall, London.

Exploring many facets
Quick to count his blessings, he reminisces about the period of lockdown rather fondly and tells us that not all of it was fraught with harrowing experiences. He enjoyed most part of quarantine, learning and honing his skills. “It was a rather enriching time for me. I was never one of the people who were quite social. I learnt about film editing, solar power, and so much more about films. I got time to myself, took a few online classes where I explored so much about Greek mythology and how it impacts storylines and character creations of Marvel superheroes,” says the 36-year-old. He adds that he learnt how to make sanitisers at home and also adopted an abandoned cat as well. He is allergic to cat dander but was moved by its plight, as the former parents gave up on it. Harsh has fondly named Gigi after supermodel Gigi Hadid.

All about persistence
Talking about resilience, he says he does find strength and solace in nature, biking and keeping fit. These elements are rooted deep into his lifestyle. Immediately post recovery, his 1.5 million-strong Instagram followers cheered him on with comments as he ventured out biking from Andheri to Lonavala in Maharashtra. If that does not sum up strength, then what does? “Eating healthy, educating ourselves on how to do it, reading more about it and staying fit is all so important,” says the actor,  who reveals he’s spending all his waking hours shooting for director Kushan Nandy’s Kun Faya Kun. Harshvardhan is looking forward to the next few months with a heightened degree of excitement. He shares, “Every actor takes time to find a story worth-narrating with their act. I have finally found that with my latest projects, and I hope I can surprise my fans once again with what I have in store,” says the actor. We also hear that John Abraham has roped in Harshvardhan for his next film. The actor confirms he is also a part of Taapsee Pannu and Vikrant Massey-starrer Haseen Dillruba.

(You can get in touch with the writer via mail at paulami@newindianexpress.com and follow her on Twitter at @Paulami309)