Kareena Kapoor and Saif Ali Khan welcomed their second child. With this, Saif is now officially a Quadfather, a father of four (‘quad’ means four). It was Saif’s sister Soha Ali Khan who had come up with this term earlier. Recently, Saif's other sister, jewellry designer Saba Ali Khan, took to Instagram stories to give a shout-out to him and Kareena before the arrival of their baby. Saba shared the popular 'Quadfather' meme on Instagram, along with some pictures of Saif, Kareena and their son Taimur. She accompanied the post with a "3..2..1.." timer, indicating that the baby is coming soon.

Earlier today, as the couple welcomed their second child, Saba couldn't hide her excitement and shared a post with an adorable picture of Kareena and Taimur, and captioned it, "TIM...My Jaan. My favorite frame of mother and son ... soon to be reframed with 2 ..Mahshallah.
#sunday #sunset #special #bonds #lovedones #missingyou #seeyouagain #very #soon #godblessyou #all #loveyou (sic)." 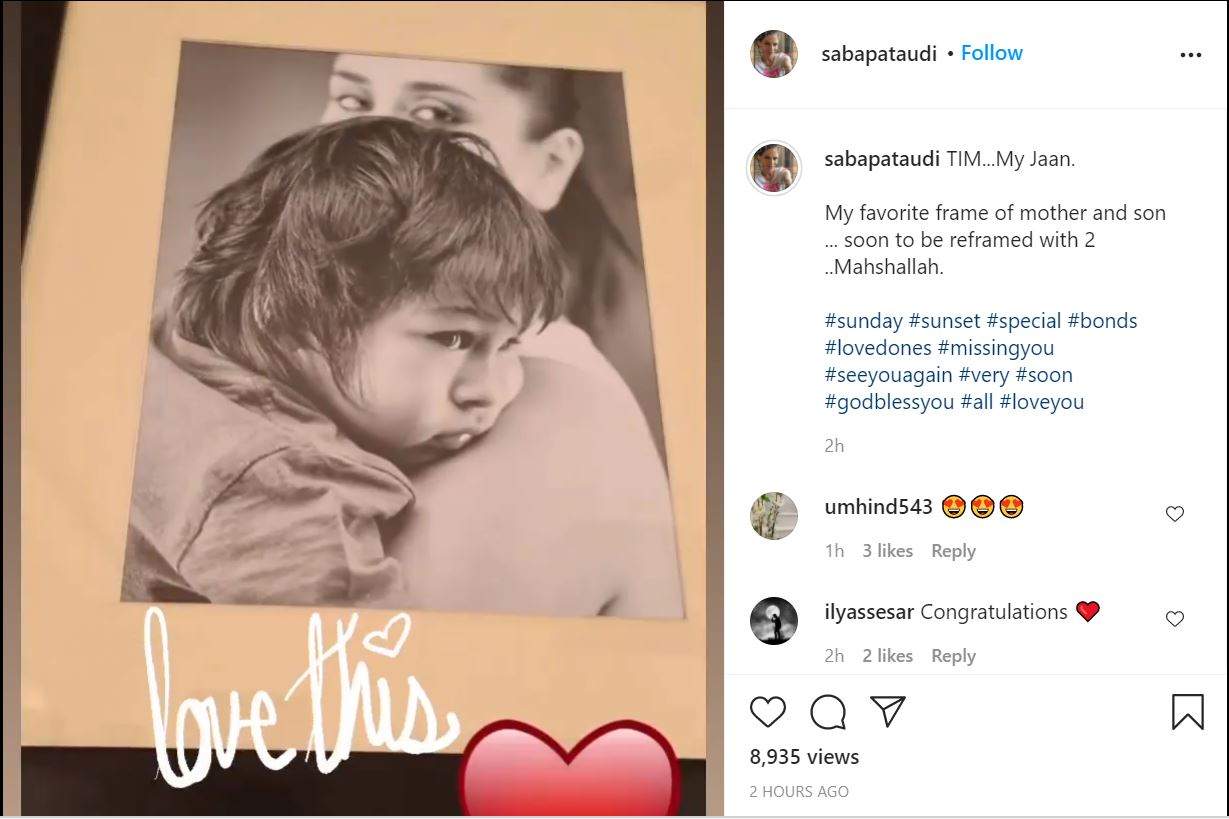 She even shared stories congratulating the couple after the birth of their second son. 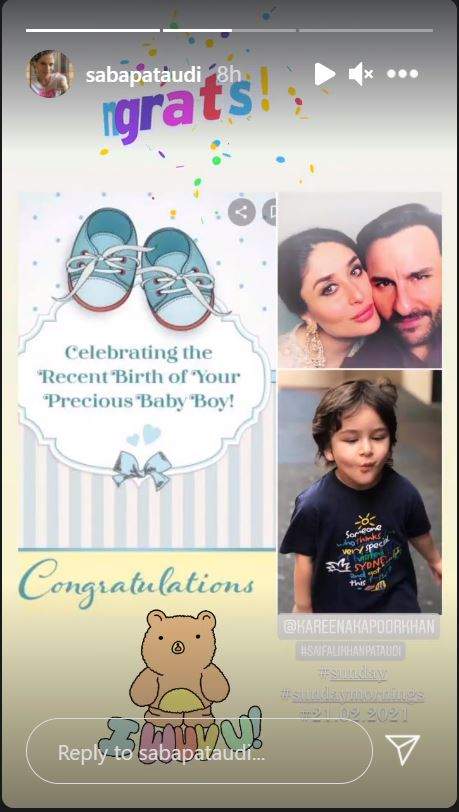 The couple already have a son named Taimur (4), while Saif has two children, Sara Ali Khan (25) and Ibrahim Ali Khan (19), with his ex-wife Amrita Singh. Sara is an actor in the Hindi film industry.

Saif earned the informal title ‘Quadfather’ after his sister Soha put out a post on Instagram with a picture of him sitting majestically on a chair, with the words ‘The Quadfather’ written next to it. 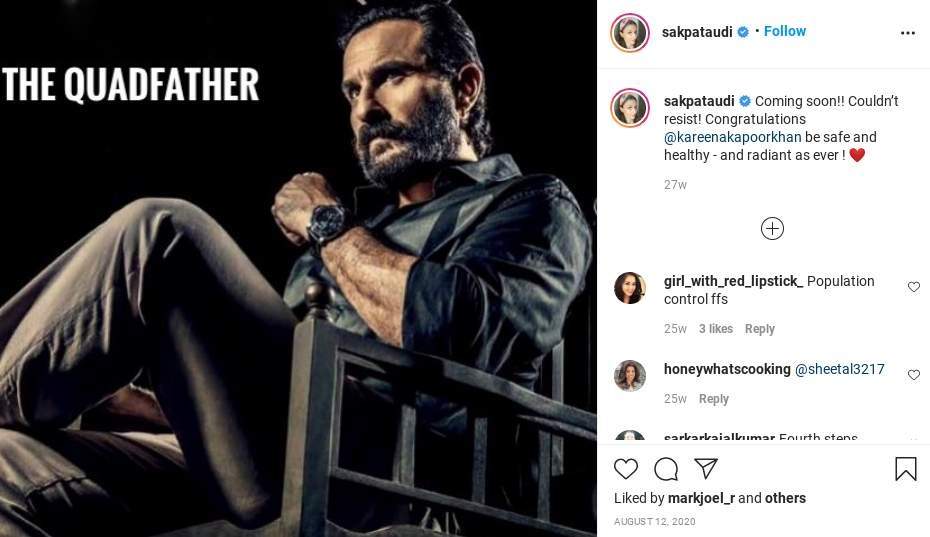 She had posted it when Saif announced the news of their second pregnancy, and written the caption, “Coming soon!! Couldn’t resist! Congratulations @kareenakapoorkhan be safe and healthy - and radiant as ever !”