Leander Paes and Kim Sharma's pictures from Goa are hinting at something interesting?

Are actress Kim Sharma and tennis ace Leander Paes dating? Even if they haven't confirmed, their images from a beach resort in Goa have gone viral indicating that there's no smoke without fire.

Neither of the two have publicly spoken or acknowledged what's going on. Kim was dating Haseen Dillruba actor Harshvardhan Rane until 2019. When asked about Kim and Leander, Harshvardhan according to media reports allegedly said, "I have no knowledge. It would be respectful if confirmed by them, but if true, that's the hottest couple in town."

The photos have created a noise and the grapevine is abuzz with talk about their "relationship." One photo has Kim and Leander posing against the sea as they pet two dogs. Another one has them enjoying a luxurious meal at a restaurant. 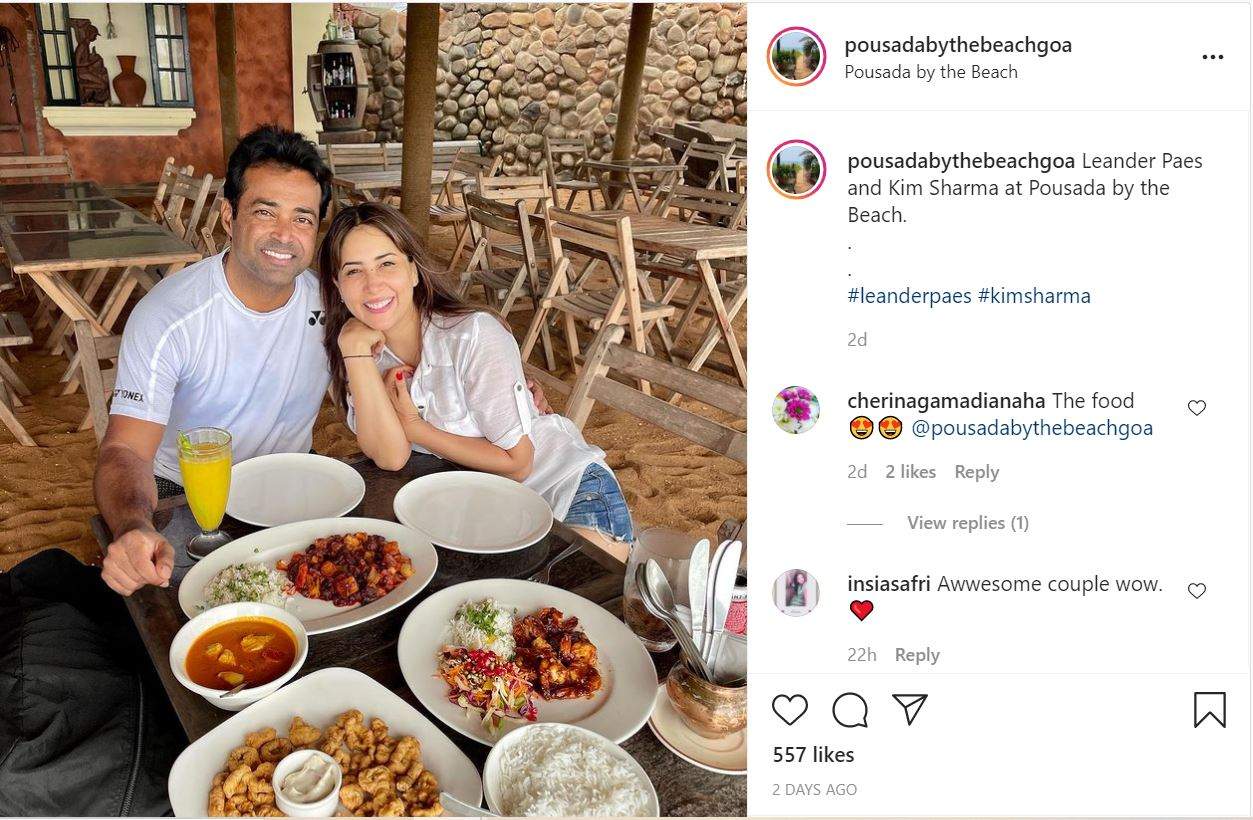 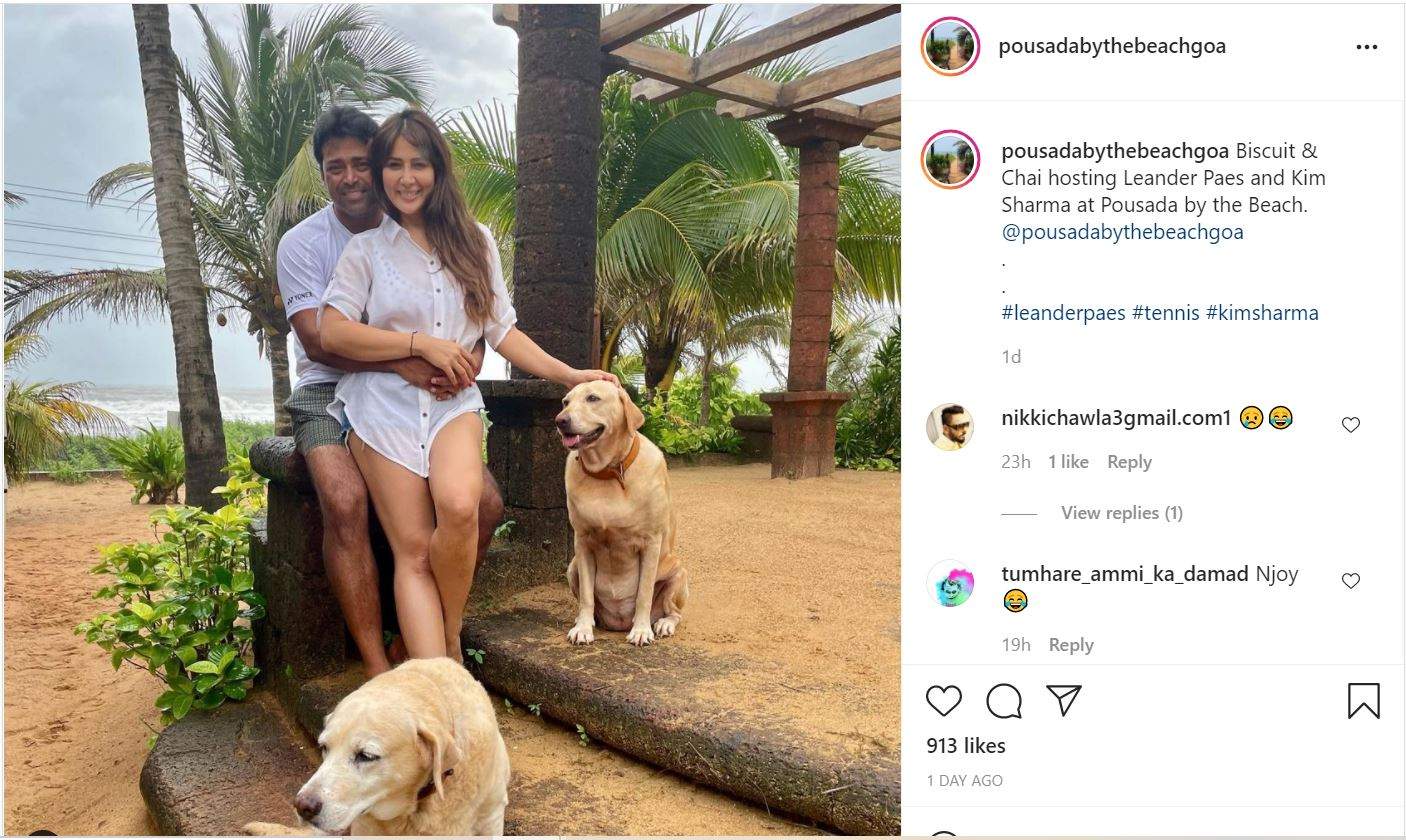 In fact, Kim also posted an image of her on the beach and she credited the click to "Mr P." 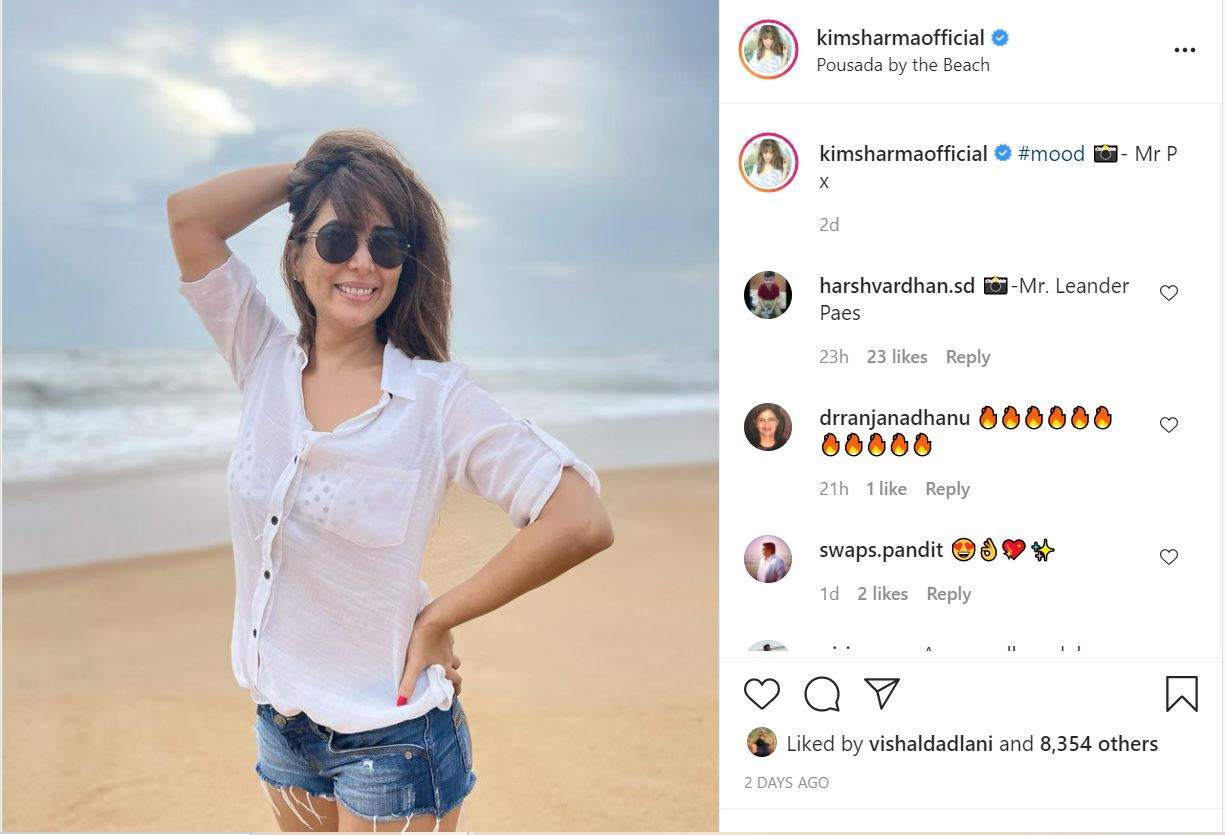 Earlier this month, Leander and Mahesh Bhupathi celebrated the 22nd anniversary of their Wimbledon win by announcing that filmmakers Nitesh Tiwari and Ashwini Iyer Tiwari will be making a documentary on them titled Breakpoint.

Last week, on the 22nd anniversary of Leander Paes and Mahesh Bhupathi’s Wimbledon win, the duo announced their partnership with filmmakers Nitesh Tiwari and Ashwini Iyer Tiwari for a Zee5 project.