If we had to make a guess, we’d say that Ranjana Singhal’s lucky number has something to do with multiples of four. Don’t believe us? Her Cafe Totaram is now four years old,  On the Go recently celebrated its eighth anniversary and That’s Y Food turns 16 this year. The food entrepreneur, who has been in the industry for over a decade, has slowly become synonymous with introducing the city to various styles of outdoor dining. From a fine dine North Indian restaurant and an urban chic, multi-cuisine joint to a cafe styled bistro, Ranjana has tried it all and managed to stay relevant over the years. Recalling her journey with Cafe Totaram, the 48-year-old says that the then 500-sq-ft cafe (now 1,000 sq ft) was designed with the intention of creating a space for the urban demography that was looking for a space to hang out and chill. “To cater to this segment, we introduced our version of quick eats that included our signature crispy pita sandwiches which were novel in the market,” she shares. Celebrating their new year in the foodscape with a special menu, the cafe is foraying into the ramen and burger space with a selection of the noodle dish and five versions of the fast food. 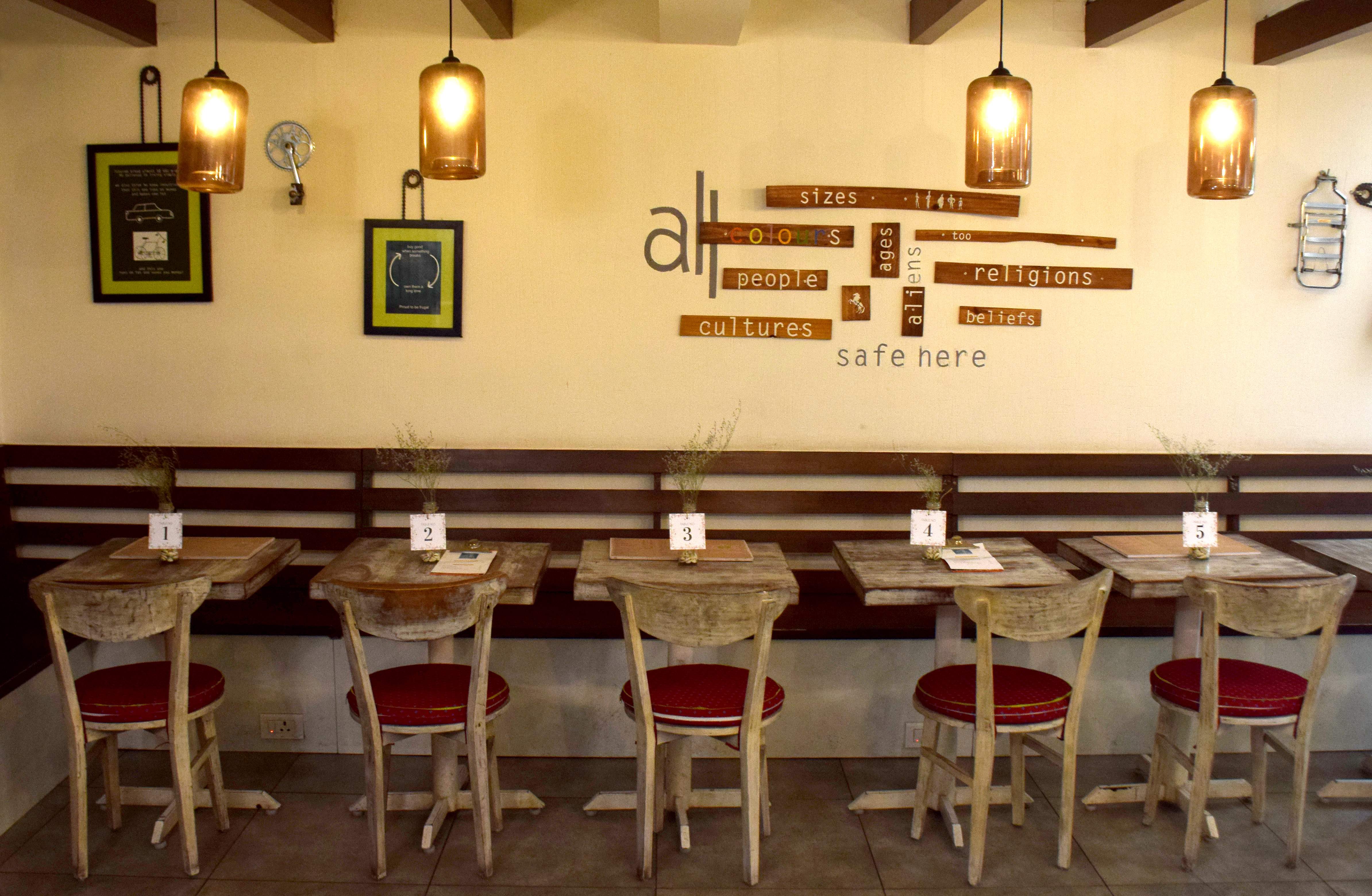 Fusion style
“The key to surviving in the ever-expanding marketplace is your ability to offer something new and remain consistent in terms of flavour.” Keeping their fusion cuisine concept intact, the menu that has been specially curated for the anniversary brings together the best of Indian, American and Japanese flavours. Consider the ramen that is characterised by its distinct hot and sour taste with fragrant spices and herbs, yet reminds you of the familiar goodness of a warm bowl of soupy noodles. 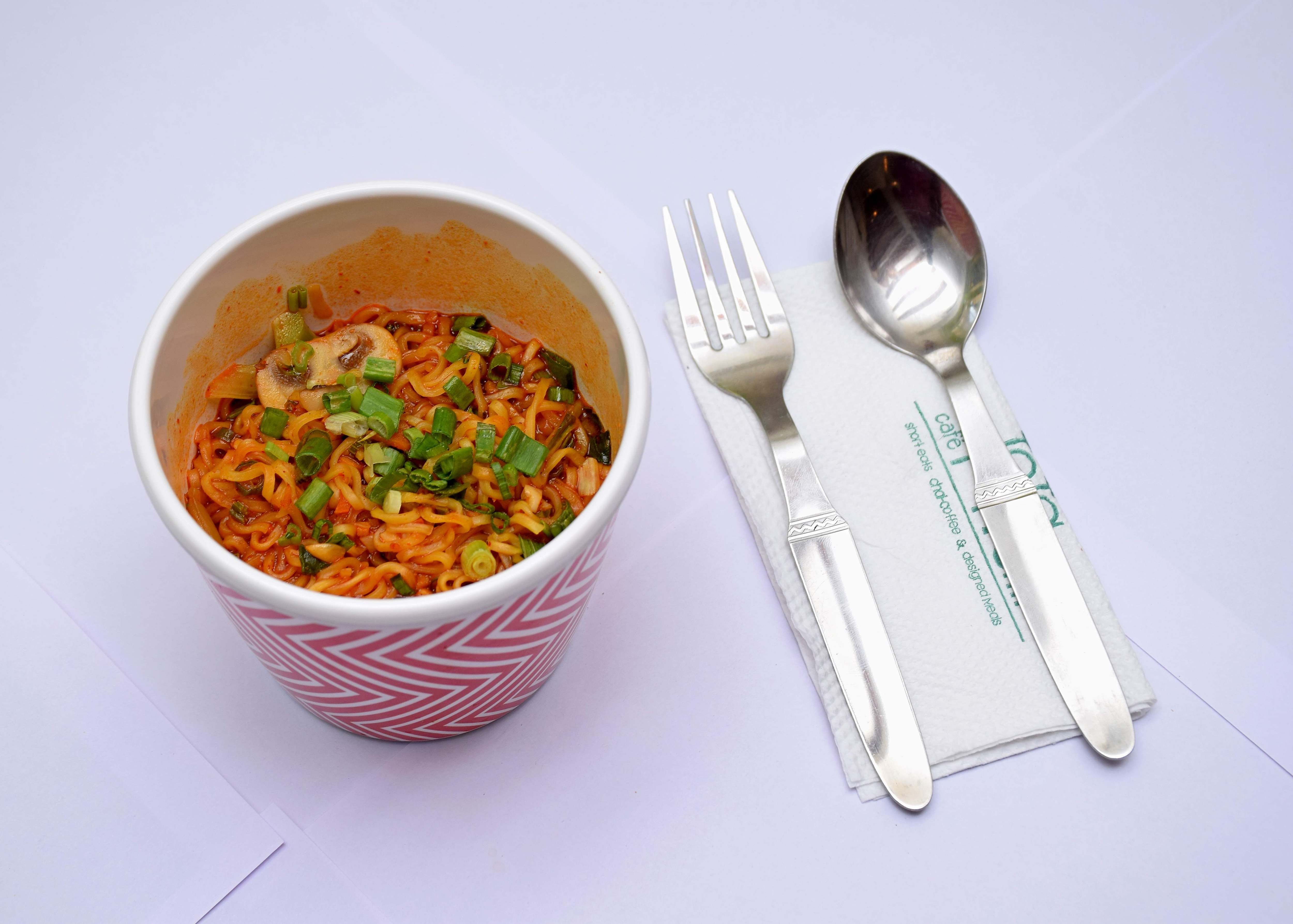 Combining the Southern American favourites with a touch of Indian flavouring, the slow cooked BBQ lamb burger is highly recommended. Presenting a smoky and caramelised tomato flavour, each bite offers a juicy mouthful of perfectly cooked meat with a distinct garam masala flavour. We also love the Crispy chicken burger that is topped with a tandoori mayo and comes with a generous side of salad and french fries that are served in a ‘cutting glass’. 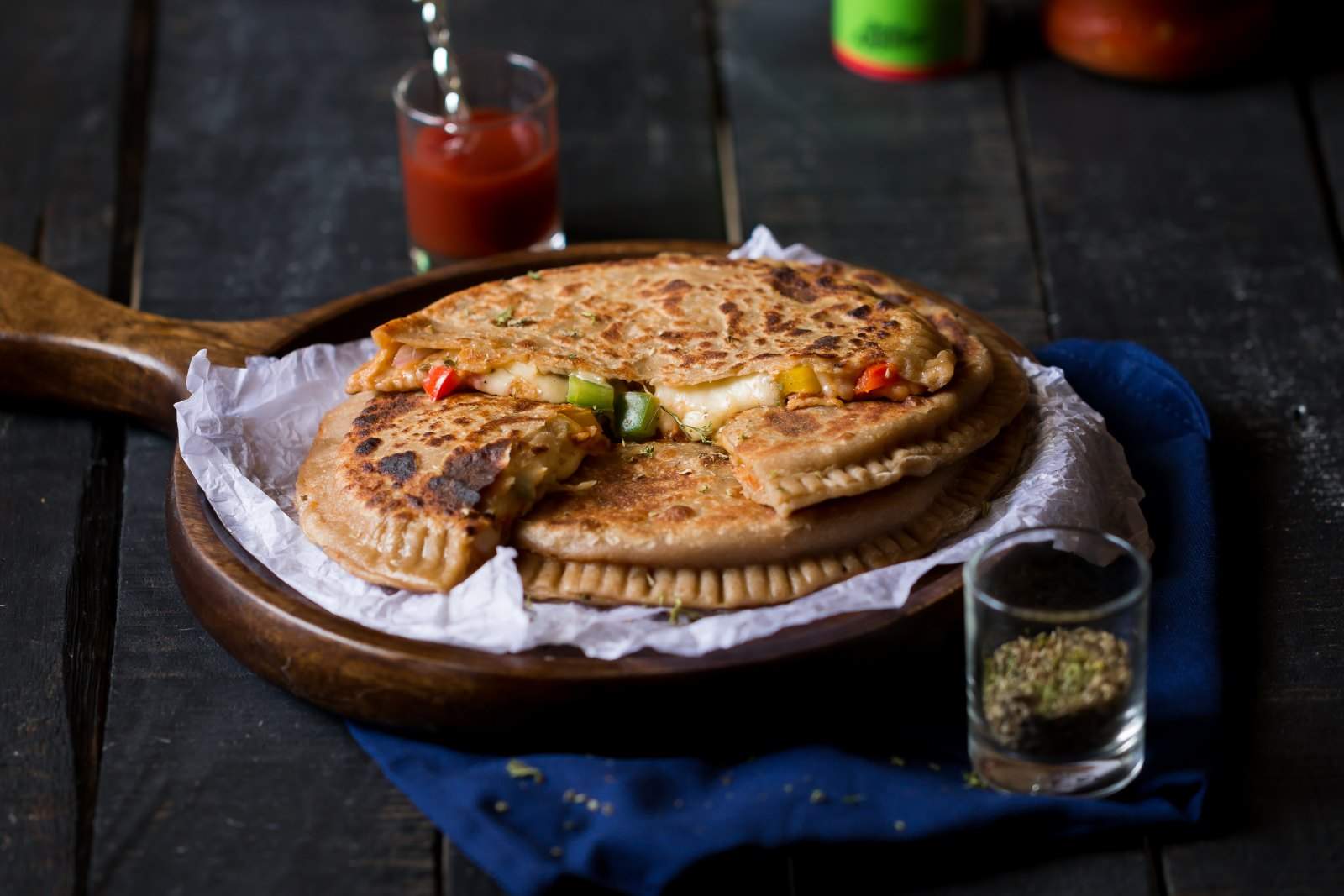 Cultural connect
Looking forward, while the entrepreneur’s sights will be on her new range of frozen paranthas, Ranjana is looking at creating a culture around outdoor dining and is working on hosting events, opening her kitchen to home-cooks for a food festival and introducing a no-phone concept in her cafe over the next year.

Rs 500 approximately for two. Anniversary specials on until September 22.