Actor Sara Ali Khan wished her younger brother Ibrahim Ali Khan on his birthday with a football-themed cake on Friday.

Sara had shared a story on Instagram with a football-themed cake for her brother, who has now turned 20, since he was interested in the sport. Ibrahim has often been seen playing football, and pictures of his school sports team have been shared on Instagram before. 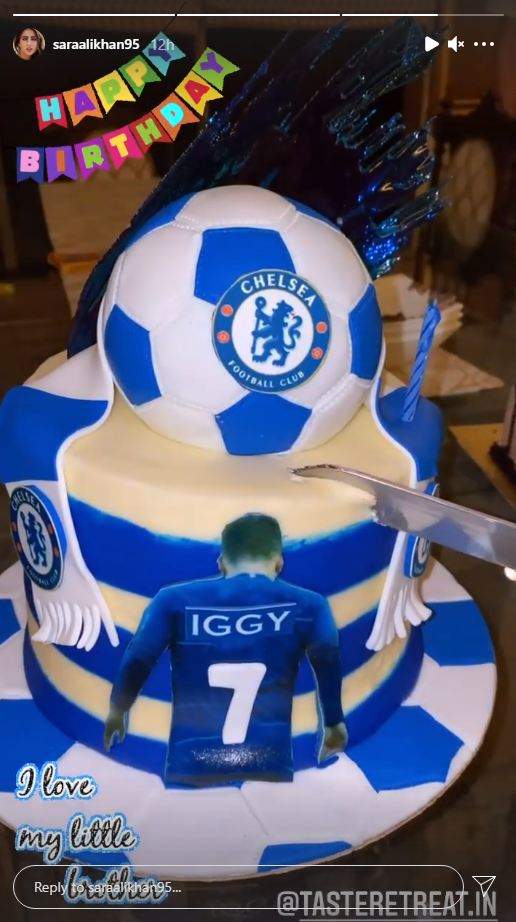 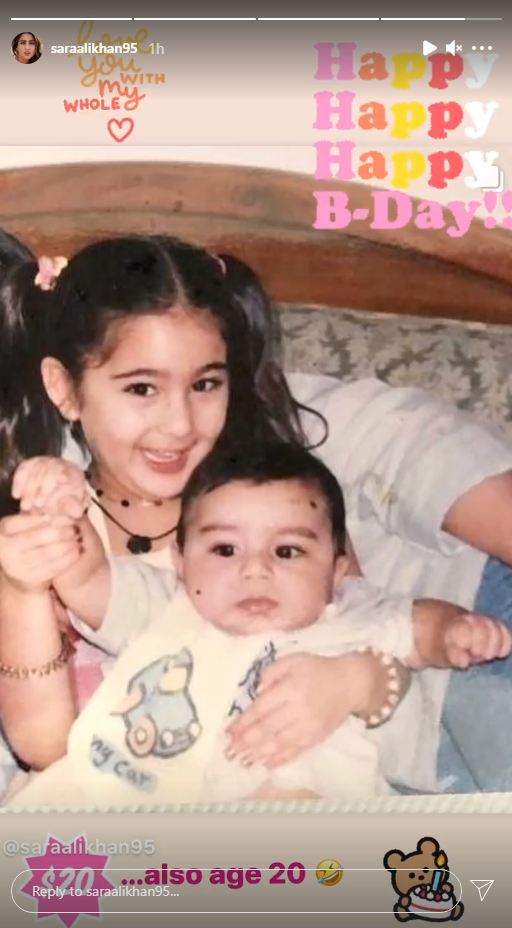 The cake is designed like a football and is in the colours of the English Premier League club, Chelsea. It also shows Ibrahim’s back with the club’s jersey on him, and the word ‘Iggy’ written on it.

She wrote alongside it. “I love my little brother.” It also shows a knife cutting into the cake.

Sara also shared a post for her brother where she called him, ‘Iggy Potter’. 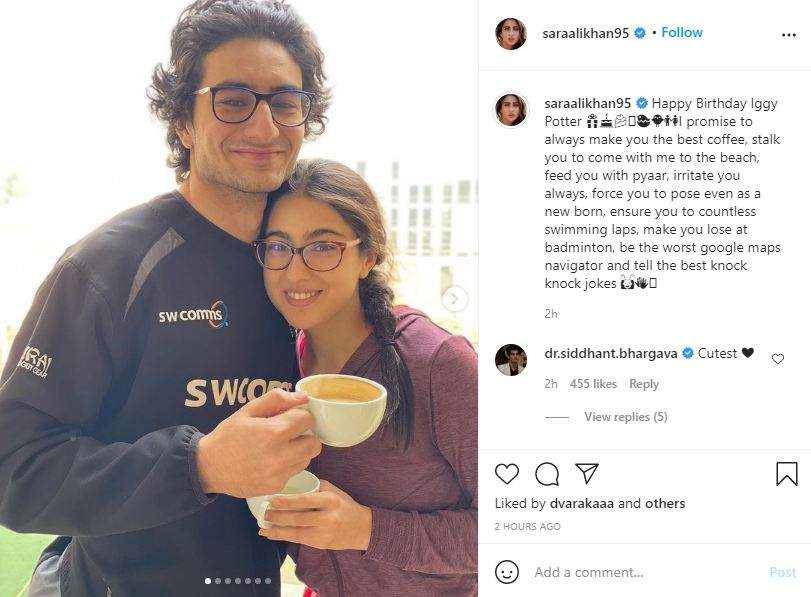 The picture also had a GIF reading “Hey, good looking” written at the bottom of the picture. 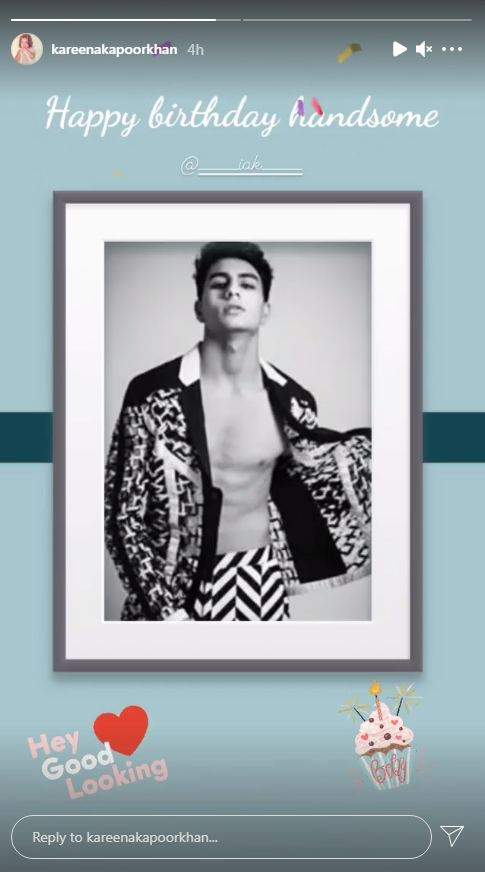 Sources said Ibrahim has shown an interest in the film industry even though he has not finished his studies yet. Saif Ali Khan and Sara from the family are already actors in Bollywood.

According to media reports, Sara was asked once about what advice she would give her brother before he started taking up movies. She had said, “His humour is amazing. My only tip to him would be to just be an all-rounded human being. You know, I think that films are a beautiful business and he would be lucky to enter this world. And if he needs advice in terms of acting or anything like that, he has many people in the family also to turn to, there are much bigger actors and stars and you know, much more experienced than I am.”

Saif, too, had said on this topic, “He should, he’s looking good, better looking than I am! He’s a very charming guy. I definitely think all of my children would be interested in acting. We’re an acting family, the whole bunch of us are in the industry. So I’m sure. He’s still a little young, and I’m keener that he does university first. Then, of course, we’ll support him in whatever he wants to do.”