Former MP and diplomat Pavan K Varma's upcoming book explores the facets of philosophy in Tulsidas' Ramcharitmanas. The book titled The Greatest Ode to Lord Ram provides an exploratory commentary to better define the aesthetics, romance and imagery of Tulsidas' seminal Awadhi text. For the latest edition of Indulge Time Pass, journalist and author Kaveree Bamzai catches up with the author to explore the contemporary relevance of the Ramcharitmanas. So, why is Ram still so relevant as a leader?

"Ram fought against injustice, he could resort to action, take up arms to grapple with what is unfair. But even in his anger he was always a man of balance or ‘santulan.’ He tells Bharat that there is no greater religion than the welfare of another. Which is how the term 'jan anuragi' came about, which means beloved of the people. He’s not a vengeful god, even those he vanquishes, he gives them deliverance,” Varma tells Bamzai. 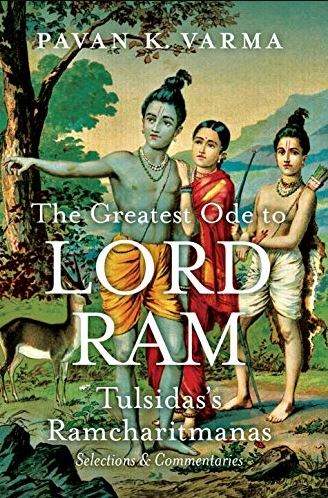 Pavan also opens up about why he chose Tulsidas' pathbreaking text as the subject for his new book, especially since there are 300 versions of Ramayana in existence. "I have attempted to deconstruct Hinduism by pointing to the many traditions existing within Hinduism, there are so many regional, localised versions of Ramayana. This is not to say that the Hindu religion is fragmented, it means that the religion allowed for a great deal of diversity and plurality within itself,” remarks the author.

Bamzai asks Varma if Ram is all the more relevant now, what with so much importance being placed upon the idea of an 'ideal citizen’, amid the lockdown. "You know in theoretical evolution of polity, the citizen has always mattered, when Ramayana or Mahabharata was written, or when Chanakya wrote Arthshastra, that's always been the case. And the same goes for Ramcharitmanas,” says Varma.

Bamzai also asks Varma about the similarities between the text and the cult ‘80s TV show Ramayan, which returned to small screens recently much to the delight of many Indian viewers. "The show is close to the narrative of the epic story. There are many philosophical templates which accompany the Ramayana, because each character has their own philosophies. Laksman, for instance, who has always been portrayed as someone who is quick to anger, tells Nishad, that everything that happens, is the consequence of your karma, which is so profound. The TV series sometimes does not have the space to carry out these details, but it’s always been enjoyable,” says Varma.