Actor Vijay Varma, who has worked primarily in Hindi films, took to Instagram on Wednesday to share a video of himself enjoying the rains in Mumbai.

In the video, Vijay Varma was seen splashing his sneakers-clad feet in the flooded streets in Mumbai and walking. Taking a humorous angle, he had written, “Sneaker cleaning courtesy mumbai rains (sic).” 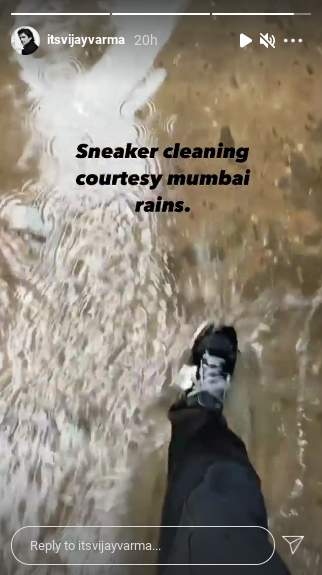 He had also shared another monochrome Instagram Story earlier on Thursday with the ‘boomerang effect’, where he was seen sitting inside what appeared to be a vehicle with a glass roof. He had also written, “Braving the rains.” 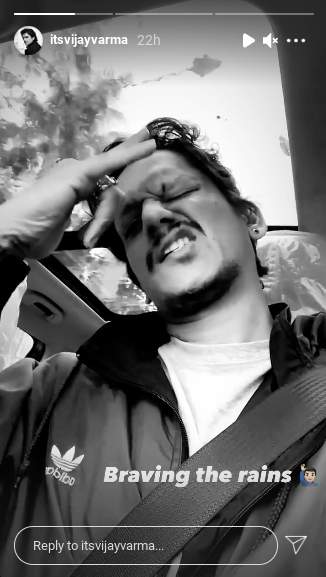 Vijay Varma is quite active on social media and often shares glimpses from his professional and personal life.

The actor is known for his character ‘Moeen’ in the Bollywood blockbuster Gully Boy starring Ranveer Singh and Alia Bhatt, and his role as ‘Ankit Malhotra’ in the Hindi film Pink starring Amitabh Bachchan and Taapsee Pannu.

Vijay Varma’s first acting job was in a short film titled Shor. The movie was created by Raj Nidimoru and Krishna DK, whose recently released Amazon Prime Video series The Family Man 2 has been causing waves on social media.

Also read: 'I have a feeling that AI will go beyond humans at one point,' says Vijay Varma who stars in the sci-fi series OK Computer

Shor was highly acclaimed at festivals and won the Best Short Film at the MIAAC festival in New York that year.

Vijay Varma was last seen alongside actress Radhika Apte in the web series OK Computer, which was released in March 2021. Other recent works of the actor include the Netflix series A Suitable Boy, and the Hindi films Yaara and Ghost Stories - all released in 2020.