Slow dating is back, courtesy, the coronavirus. Ever since the world went into lockdown since March 2020, the rules of dating, just like everything else, seemed to have undergone a sea-change. People are going on virtual dates, and video chats and long-drawn out conversations are in, nobody is in a hurry, and everyone seems to be enjoying this phase of dating. Dating apps in particular have hit a jackpot. “During the lockdown, a whopping 91 per cent of Indian respondents said they’ll continue to date, albeit virtually. This form of dating ushered in a new era of “slow dating,” where millennials were seen rediscovering the bliss of old-school romance and were taking time in getting to know each other,” says Anukool Kumar, marketing director, OkCupid India.

In the last one year, as more and more users signed up to find love in times of the pandemic, popular dating apps such as Bumble, Tinder, OkCupid, QuackQuack, HiHi, Aisle and Gleeden (the app for extra-marital dating) have redefined dating culture. With Valentine’s Day just around the corner, we look at how the rules of dating have evolved, and explore the way apps are pushing boundaries to help users date online.

Also read: From pandemic pick-up lines to body positivity; here were the trending topics of Tinder in 2020

Virtual connection
From introducing more features to offering new activities on their platforms, apps have gone all out to make virtual dating fun and engaging. For example, Bumble introduced new badges such as Virtually, Socially-Distanced, and Socially-Distanced with Masks, to help their users connect better, and skip the awkward conversations about the kind of dates they would like to go on. However, it was the video calling feature that was the most used. “We saw a 38 per cent increase in video calls and voice chats following the lockdown restrictions since March 2020,” explains Samarpita Samaddar, Bumble India PR director.

Tinder too added features such as video calling and an interactive choose-your-own-adventure style game called Swipe Night. The profiles also have a new Passions section, where users can fill
out their hobbies that makes it easier to meet like-minded people.

Another significant update in these apps was how geographical boundaries were blurred. Men and women from across borders could date virtually. This is what led to the app QuackQuack introducing the Random Chat feature. “Just for the lockdown, we introduced the Random Chat feature so bored singles could chat randomly with anyone within India. We rolled back this feature after the unlock. Since people had migrated back to their hometowns, we opened up matching users from all over India, instead of just the confines of their city,” says Ravi Mittal, founder and CEO of QuackQuack.

The pandemic also saw the launch of new players in the dating app market. HiHi was launched right in the midst of things, in August 2020. “We are a home-grown company and we felt that this was a really good time for a domestic player to grow and gain an edge over foreign counterparts,” says Jitesh Bisht, CEO, HiHi.

Slow and steady
Unhurried conversations and exchange of messages increased during this period unlike earlier times when people were ready to meet as soon as possible. In addition to this, the updated search features helped people find the right match without going through the usual rigmarole. “We witnessed a 26 per cent increase in conversations since March 2020. OkCupid’s new matching system Stacks (which consolidates multiple discovery methods into one) gave daters choic e and control over who they could match with through a series of new categories,” explains Anukool.

The pandemic gave us time to pause and reflect on our life. This also resulted in an increase in the number of men and women who were seeking serious partnerships. While flings were still around, seeking committed relationships became more popular. “As the lockdown extended, boredom turned into loneliness. The lockdown reiterated people’s need for having a partner as opposed to casual flings,” says Able Joseph, founder and CEO, Aisle. Hyderabad-based couple Raunak and Saurav, who are soon to be engaged, met on Aisle. Saurav was looking for a serious relationship. “I was present on dating apps but I mostly found profiles of people who were looking for casual relationships. When I joined Aisle, there was clarity about like-minded people who were seeking serious relationships,” says Saurav.
Aisle introduced Aisle Concierge in December 2020 for those who were seeking long-term relationships. “With Concierge, they could browse through thousands of manually curated profiles and prioritise search results based on the factors that mattered most to them – from faith to mother tongue and interests,” explains Able.

As per Tinder India’s data, conversations increased by an average of 39 per cent and the average length of conversations was 28 per cent longer in 2020. Bumble also saw over 540 million messages sent in India from January to November last year.

Also read: Women cite inattentiveness and lack of compliments as the number one reason for cheating, according to Gleeden

Second chances
Another very interesting change in the dating demography was the rise of “new dawn” daters. These are people who broke up during the lockdown period and were trying to find love again. Bumble witnessed quite a surge in the number of new dawn daters. “Our recent internal research revealed that one in two people on Bumble in India are likely to be new dawn daters. While the biggest driver of break ups was the inability to see a partner (46 per cent), one in three people also said that the pandemic has exasperated existing issues,” offers Samarpita.

The pandemic stress also impacted married couples. Extra-marital dating app Gleeden saw a surge in new users. Sybil Shiddell, the country manager for Gleeden says, “During the pandemic, when people were forced to stay at home and they were stuck inside four walls with their partners, online dating became a beacon for those seeking a break. Our subscription rate skyrocketed. During September, October and November the subscriptions from India grew by +246 per cent compared to June, July and August. Overall, 2020 was an incredible year for Gleeden. The Indian community has now over 13,00,000 subscribers and it keeps on growing.” 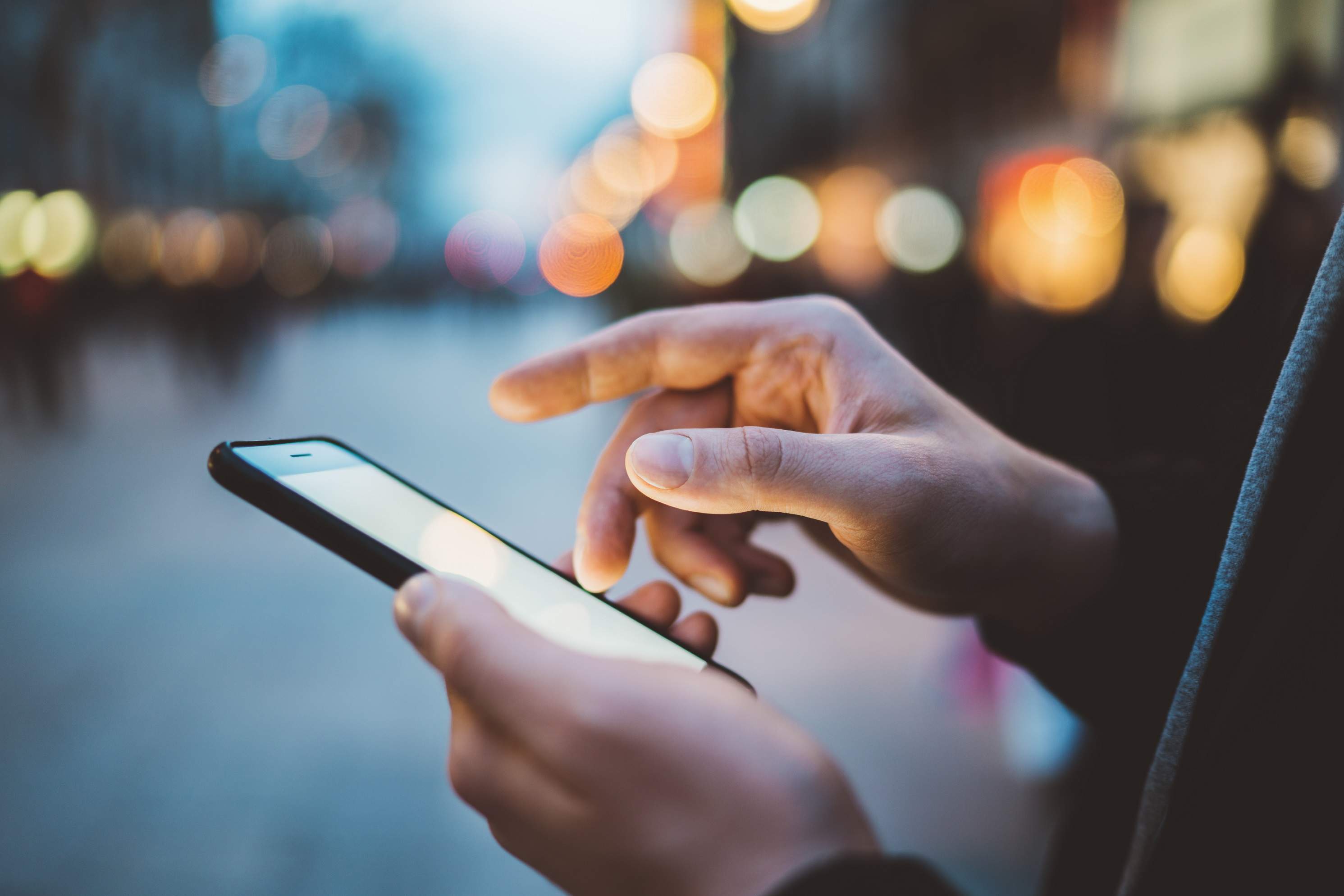 Two’s company
While apps are all for new dating patterns, the bottom-line is still whether couples are enjoying virtual dating or not. Mumbai-based Urmi and Aakash, who started dating during the lockdown through Bumble, have come a long way. Though Urmi confesses that she isn’t fond of virtual dating, there was a lot more that she discovered about Aakash through multiple online dates. “Bonding virtually was never a question but the pandemic forced it. I think the lockdown brought us close,” says Urmi. The couple watched movies, puppy videos, played Scrabble, and also enjoyed long discussions – all virtually and in their respective homes! “As a special date, I even created a virtual movie ticket for the premiere of Dil Bechara and we enjoyed the premiere together,” adds Urmi.

Looking ahead
Now that things are slowly returning to normal in India, will dating go back to what it was before the pandemic? Many users who had met online in the past year are now keen to meet offline, particularly this Valentine’s Day. “In a recent Valentine’s Day survey, we noted that 75 per cent women and 55 per cent men were excited to meet their partners offline. This shows that people want to go out. However, with people still being apprehensive, we believe users will take full advantage of in-app chat and video calling features until it’s safer,” says Ravi.

But the market leader, Tinder, feels things have changed forever. “For Gen Z, online dating is dating. The pandemic continues to dissolve the already fading line between our digital and physical lives,” says Rashi Wadhera, director of communications, Tinder India. “Social distancing is helping everyone experience what we already knew at Tinder — that a connection formed entirely through digital means is just as meaningful as one formed in person. The physical world won’t be replaced by digital experiences, but our digital life will continue to transcend transactional interactions and will continue to be both emotional and meaningful,” she sums up.