Since it opened its doors in 2004 at Colaba Causeway’s Cusrow Baug, Theobroma has come a long way. What started as a family-run bakery and cafe has expanded into a thriving business empire. The Mumbai bakery had a crucial role in shaping up the millennial baking culture. And now, the co-founder and creative director of Theobroma, Kainaz Messman has co-authored a book in which she recounts how the family built and sustained her popular company. 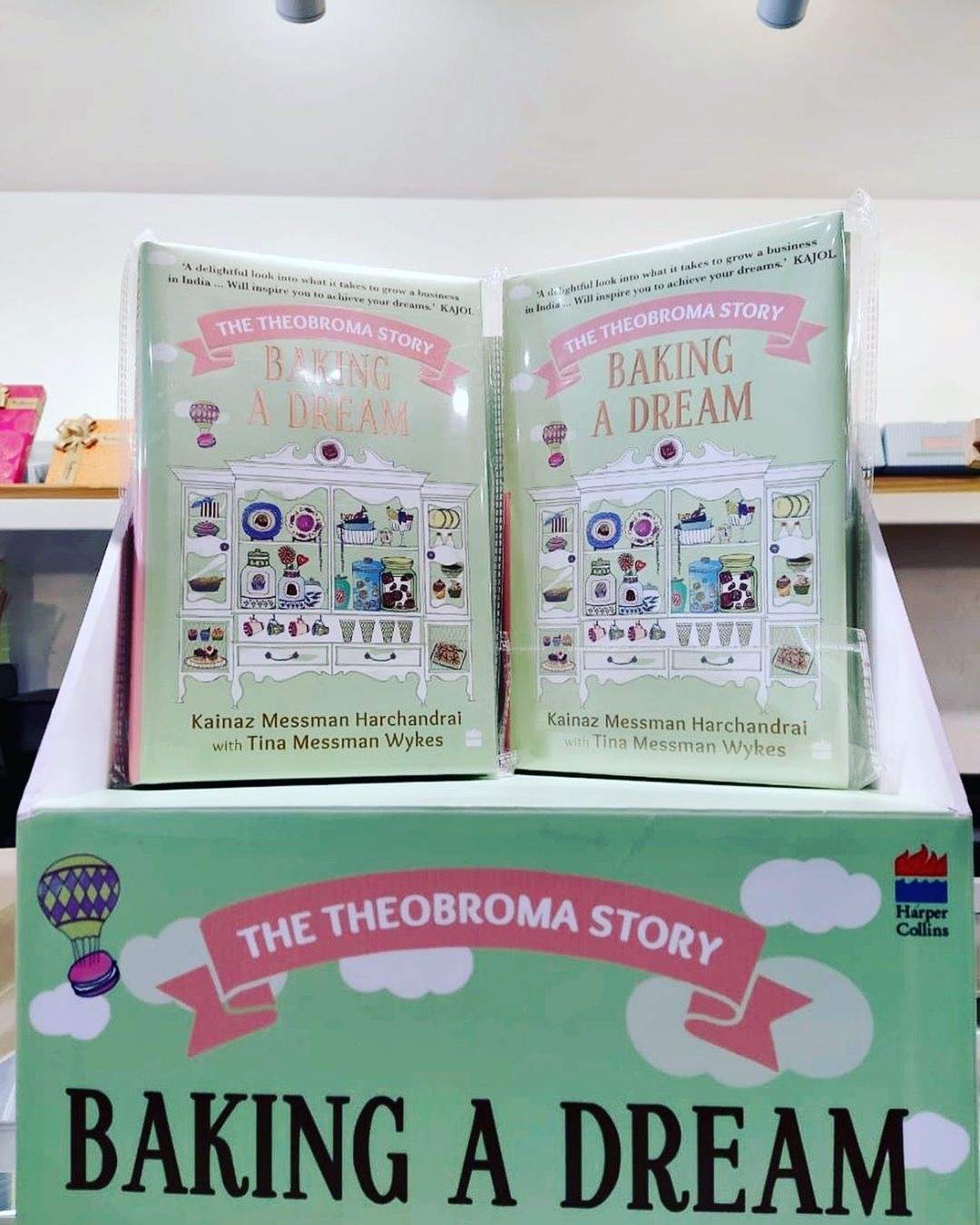 Baking a Dream is a book written by Messman and Tina Messman Wykes which essentially unravels the story behind how the humble family patisserie with just four tables transformed into a booming bakery empire with  a chain of 50 outlets. “It’s not a recipe book, it’s an account of how we started, grew and sustained Theobroma over the years, but there are a few recipes at the end of this book. There are about five recipes in it, and people have asked me about the recipe for our chocolate chip cookies, that’s at Page 232!” Kainaz revealed on Instagram. In case you’re wondering, the book also talks about Theobroma’s insanely popular brownies, and how the recipe for it was born in a small Colaba kitchen at a neighbour’s request.

The book which has been released by HarperCollins features an honest account of the challenges which are involved while you’re working with family and also features tips on how to turn a passion for baking into a lucrative and monetizable career, especially for aspiring entrepreneurs. Theobroma has also been serving their fresh breads, tea cakes, brownies amid the lockdown and also expanded their menu to include more of their customers’ favourite numbers.