The ongoing global pandemic and the recent ravages of the super cyclonic storm Amphan have wreaked havoc on the environment in and around Bengal. Not only has preservation taken a backseat, but it’s also been very challenging for people to come together to initiate a change amid the lockdown. For years now, artist Radhika Agarwala has been closely observing ecological nuances and studying nature has been a very big part of her repertoire as an artist.

The artist is set to host a tree planting drive on June 5, which is World Environment Day in collaboration with Kolkata-based NGO Yeh Mera India; the initiative would see people from the city coming together to plant saplings across Lansdowne, Saltlake and Uluberia. 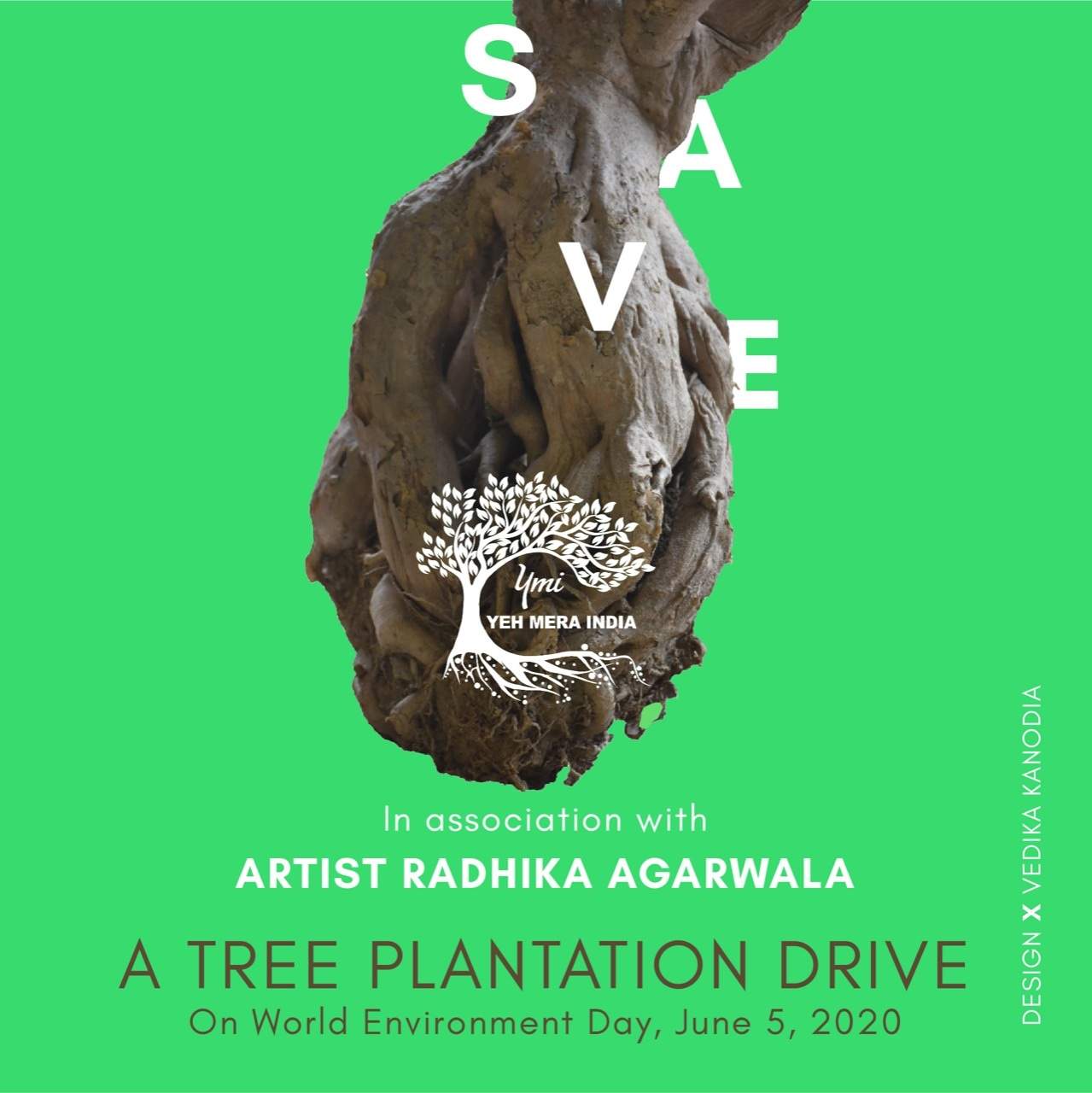 “The conversation about environmental preservation has been put aside, amid everything that has been happening. But amphan really was the tipping point which made me think that we have to do something. My art practice draws attention to the environments that I find myself in - settings constantly in flux – both geographic and anthropogenic. Post the storm I went out to take pictures of the trees and that’s when it occurred to me that a tree planting drive could be a good start to get the ball rolling,” Radhika tells us. Getting people to show up right now is obviously a challenge, considering the Covid-19 regulations. But Agarwala tells us the event has been planned keeping in mind the stipulations in place.

“As much as we’d love for everyone to show up, that’s not entirely possible. So, we have allotted several time slots where 8-10 people would be planting trees at the same time to avoid too much contact. We will be taking care of these trees for the next 1.5 years and we plan to plant at least a 1000 saplings. We have opted for leafier species, since they provide the maximum oxygen. Deciding upon the venues was also a really crucial aspect since we couldn't just randomly plant a tree somewhere, a tree plantation drive needs a minimal amount of infrastructure in place so the plants can be nurtured,” Agarwala tells us.

The artist also reveals that people from the city have been terribly forthcoming with their donations and participation, and she believes it’s a sign of change. “The response has been overwhelming, people from all over want to donate to the cause. The project is to restore and rebuild our city Kolkata’s green glory back that has been battered by Cyclone Amphan. I would like to turn abandoned and devastated areas , sidelanes into green spaces that will ultimately transform lives and lands, reduce carbon and protect species. The New Normal involves people to come together and plant trees, start a dialogue about ecology and preservation of nature , and engage urban residents to take responsibility for their surroundings,” says Agarwala.